AT THE COMIC SHOP: The Holy Grail

Home » RANDOM STUFF » AT THE COMIC SHOP: The Holy Grail

This is where we ask the Burning Questions to the folks behind the counter!

“Is there a Holy Grail book you wish someone would bring into the store, offering to sell?”

Being a part of the show “Comic Book Men” has really spoiled me, as we’ve had what most collectors would consider a plethora of “Holy Grail” items stroll through the doors of our store. But honestly, the two books I’d LOVE to see come in are Avengers (Vol. 1) No. 4: Captain America reborn for the Silver Age; and Showcase No. 4: The first appearance of Barry (Flash) Allen, officially ushering in the Silver Age. 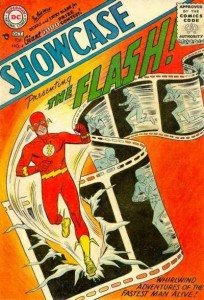 Gerry Gladston, co-owner of Midtown Comics, locations all over Manhattan

Hot Stuff: The Little Devil No. 1 from Harvey Comics, 1957. I believe this comic is even more scarce than Action Comics No. 1 (the first appearance of Superman, back in 1938). This book is NEVER available at any comic convention, and no one has ever offered to sell it to us. When I see it on auction sites, it’s usually a low-grade copy. Midtown Comics was the focus of an hour long documentary show called “Comic Store Heroes” on Nat Geo last year, and in it, our buyer finally found a copy of Hot Stuff for me after a tremendous search. The copy was nice, but not quite as high grade as I’d like … but beggars can’t be choosers. 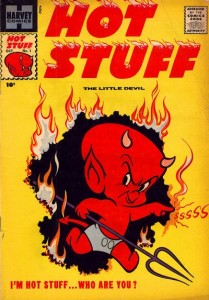 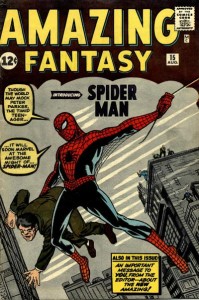 “Many years ago, we were open six or eight months. A woman walks in, a fabulous beauty, reeks of money, perfectly toned skin, she’s wearing amazing clothes and a full-length mink coat.

“She comes in and says ‘Hi, do you buy comics?’ In 1984, this woman does not belong on St. Marks Place. She pulls out Superman No. 4, and it’s perfect. A beautiful, beautiful, Superman 4. I would love to buy this, but I couldn’t afford to buy the book from her. I said ‘I cannot give you what it’s worth.’

She said, ‘I kinda got the feeling it was a big book.’ Then she said dismissively, ‘We have so many of them. My husband just bought me this house upstate, we’re renovating. It was used for insulation [in the walls].’

This woman was sitting on some million-dollar, maybe multimillion dollar, perfectly preserved Golden Age collection. I think it’s a thing. As more 75-year-old houses start to be renovated across the country, there’s going to be more of this.” 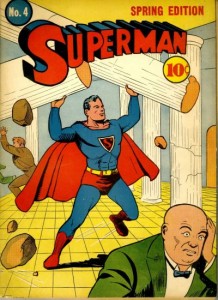