AT THE COMIC SHOP: Collect These Stories – Now!

Dimitrios Fragiskatos is manager of Midtown Comics’ Grand Central location in New York City. Here, he tells us what stories should be collected in paperback or hardcover:

Working at a comic store, one of the most common questions I hear is, “Is the trade out for X, by author Y?” (“Trade” meaning a “trade paperback” or hardcover that collects several issues into one, easy-to-carry/store volume.)

We do live in fortunate times! I see people rejoice as titles like Amethyst, Princess of Gemworld have seen the light of day in DC’s Showcase line of reprints. And Marvel seemingly releases everything it currently produces in hardcover format two months after story arcs are published.

Alas, not all amazing comics are found in trade format. Here are three such stories that, if you want to read them, you unfortunately have to track them down the old-fashioned way: by diving into the back-issue bins.

The Legion #1-14 By Dan Abnett, Andy Lanning and Olivier Coipiel 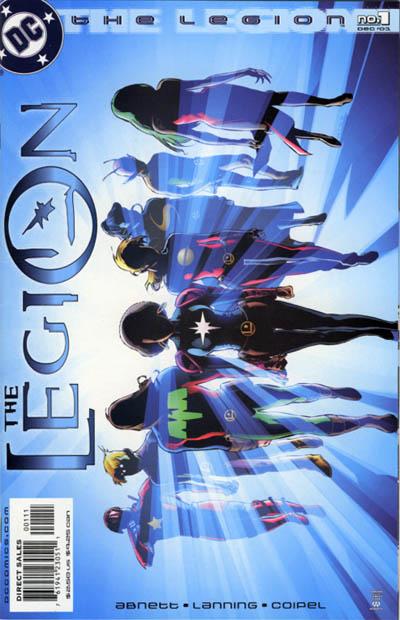 The Legion Lost (from 2000-01) limited series by these guys is collected now and I strongly recommend it. But the ongoing title that followed remains maddeningly out of print.

In this iteration of the Legion of Super-Heroes, they decided to drop the “of Super-heroes” part of the title, along with the –Lad and –Lasses from the characters’ names — for example, Lightning Lad became Livewire, Shadow Lass became Umbra, dig? — and they got down to business. We had alien invasions, robot uprisings, terraforming of planets, and the return of a couple of 20th century super-villains in a twist no one could have possibly seen at the time. The art was beautiful. For those who are familiar with Coipel’s work, this is where he truly came into his own — and grew into the amazing artist on the X-Men that we know and love. When you have so many high profile creators on a title, it’s hard to see why this book isn’t in print already.

The Atlantis Chronicles #1-7 By Peter David and Esteban Maroto 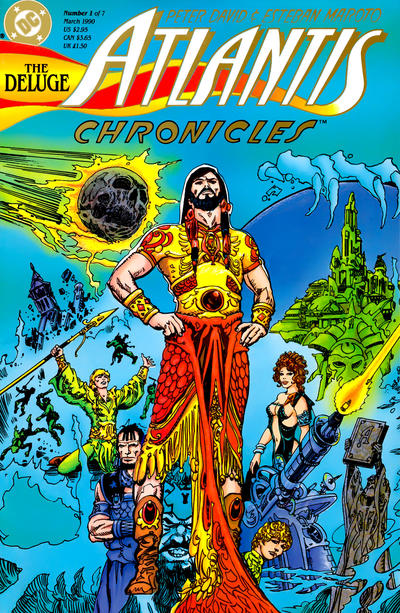 Aquaman has had an amazing surge in popularity thanks to Geoff Johns, Ivan Reis and Paul Pelletier. But one of the best Aquaman stories of all time doesn’t feature Aquaman at all. The Atlantis Chronicles told the history of Atlantis from when it sunk, to present day. It told the story of how Orin saved his people using his scientific advancements while his brother Shaligo saved his splinter group of Atlanteans by making a deal with the “dark ones.” Atlantis was then cursed to find that its fate would always be determined by two brothers of that bloodline. This amazing story of sword and sorcery, demons, royalty and, well, incest, had all the makings of a George R.R. Martin novel, while also beautifully illustrated. 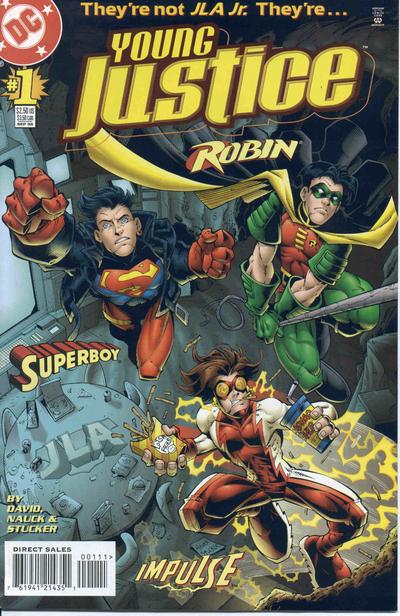 Recently, there was an amazing show on Cartoon Network that drew a lot of kids and adults into comics. And athough it didn’t share its themes and attitude, it did share the title of a pre-existing comic, Young Justice. The book featured the adventures of Superboy, Robin, Impulse, Wonder Girl, Arrowette and the Secret. It had a great balance of humor and action and its lightheartedness is really something a lot of people would like to see in their comics or graphic novels again.

Yes, these are all DC titles. I have a much longer list that includes Marvel, Image and other companies’ titles, but these three are at the top of my list. So either go out and find these back issues or message DC on Facebook or Twitter and tell them you want to see these trades!

Dimitrios is also the writer of Greasers in Greece.