VICTOR GORELICK (1941-2020): The co-president of Archie Comics pays tribute to the man who steered Riverdale for decades… 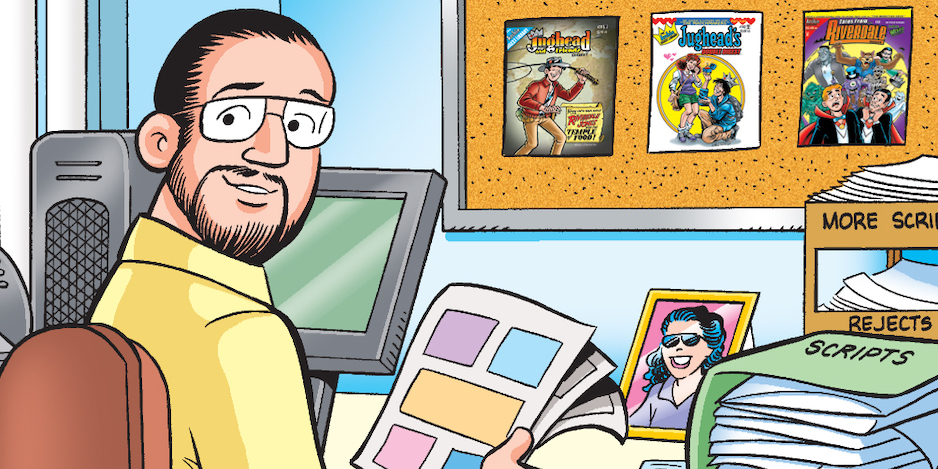 Victor Gorelick, the long-time editor-in-chief of Archie Comics and one of the industry’s essential talents, died Saturday at the age of 78. He was born April 5, 1941, and by the late ’50s had made his way to the world of Archie, where he remained for the following decades.

It’s very hard to find a way to begin to type a memorial for Victor Gorelick. Victor was from a different era — they just don’t make them that way anymore, and even in that crowd he stood out as one of a kind.

I could start with the basic info, all of which is astounding, but I’d rather tell you a funny story first — I know that’s what Victor would want.

The last month or so that Vic was in the hospital I’d usually visit every other day. I’d text and ask if he’d want anything, the answer was usually “Just come up.” Sometimes he’d want a copy of a comic, usually to give to someone who was particularly helpful to him there. One of the last times he texted me something different, “Yes could you please bring me a Double Whopper with cheese and some fries, the burgers here are terrible.” So we hung out eating cheeseburgers, talking about Archie and all sorts of stuff. I didn’t know it would be my last meal with him, but it was fitting because we had done exactly that so many times before. 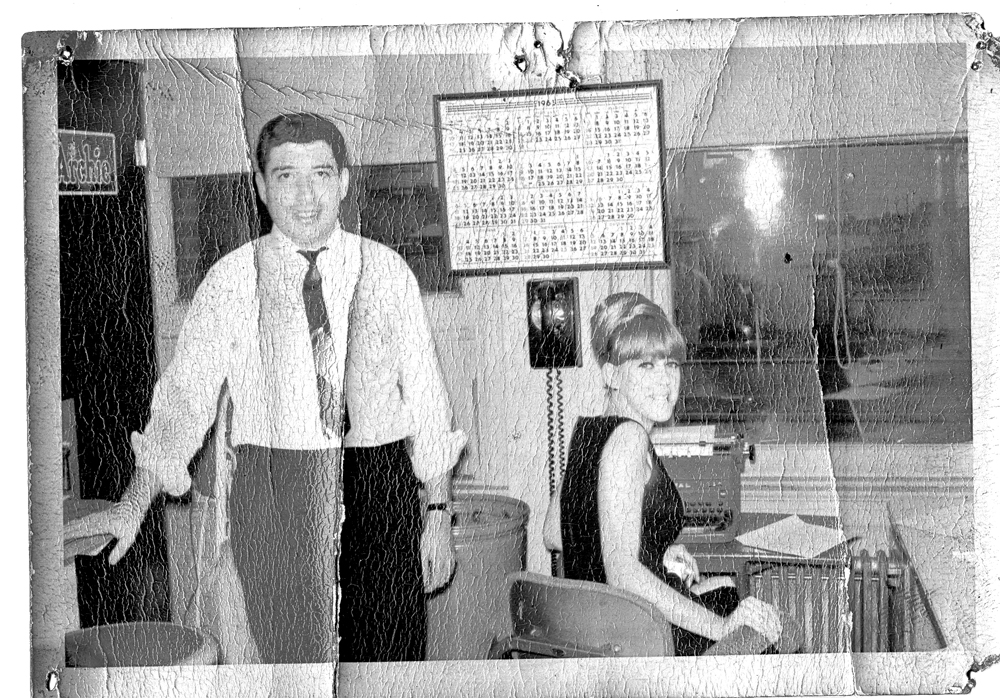 We worked together for 20 years. He hired me for the art department and, like him, I worked my way up to co-president. For the last dozen or so years, we’d always enjoy a cheeseburger (and usually something a little more than a milkshake) for “Victoberfest” to celebrate the anniversary of his first day at Archie on Oct. 4, 1958. Just to put that in perspective: 1958 America didn’t have 50 states yet, no man on the moon, color TV was still new, the hula hoop was just invented, Disneyland was only three years old, and most of your favorite superheroes hadn’t been created yet.

It was a few years away from Sabrina the Teenage Witch, Josie and the Pussycats and The Archies’ hit Sugar, Sugar. The then-recent Archie media sensation was a radio show that ended in 1953, decades before the classic Archie cartoons and the modern hit shows like Riverdale, Sabrina and Katy Keene. But there through it all was Victor, who started working as a teenager himself, not much older than the Archie kids; in fact he was born the same year Archie debuted, 1941.

Early on, working for Vic in the art department was a challenge. He was a tough taskmaster; everything I worked on, usually corrections on the actual art, was to be approved by him. I also remember doing things over many, many, many times until he was satisfied. A lot of it was to break in the rookie, but I always appreciated the work ethic and how seriously he took his job. At the beginning it was clearly a boss/employee relationship, and later we would butt heads quite a bit, but eventually we would become very good friends. 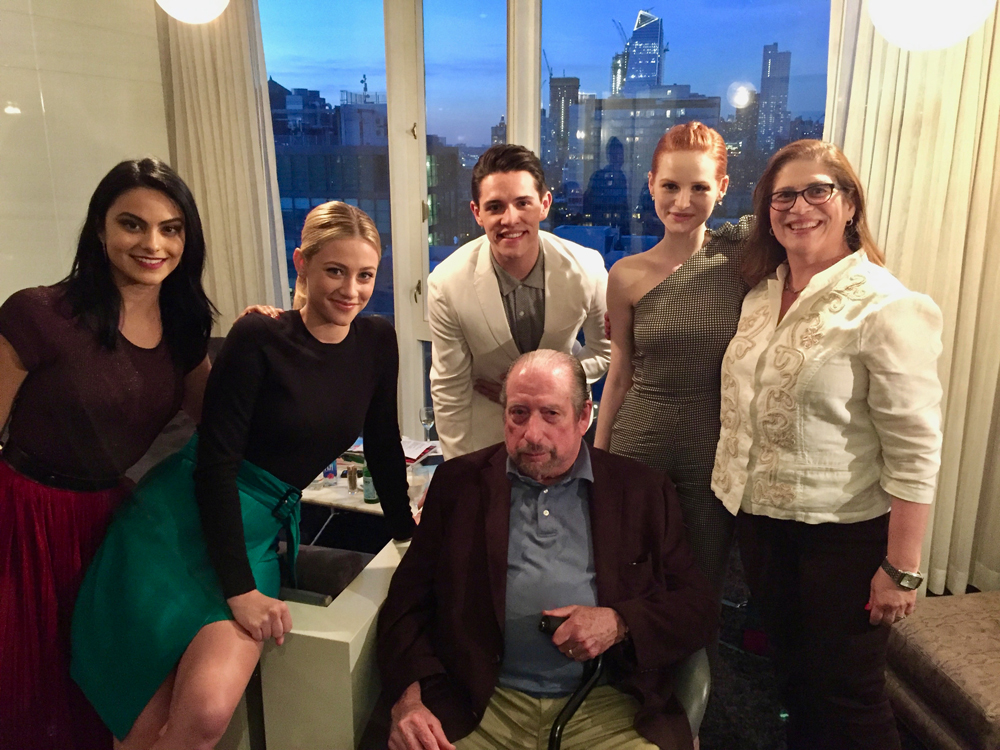 Gorelick and his wife Kathie, with the cast of Riverdale.

The last 10 years or so, since Jon Goldwater came to lead Archie, was the happiest I’d seen Victor. From Day One of Jon showing up, Vic told me this was going to be a good thing. As Jon gave the company a much-needed shot in the arm, he gave all of us the freedom to try new ideas and push the Archie brand in new ways. Jon pointed the direction — the details were left to us to make happen.

With Jon’s oversight and Victor’s guidance we saw a brand reemergence like no other. It’s really been an amazing, one-of-a-kind opportunity to be a part of that company renaissance—especially alongside Jon, Victor and so many at Archie.

Over the years it was such a resource to go to Vic with any situation and get his feedback — especially the tough situations. When I was torn, if he thought I was doing the right thing, it was a tremendous relief. As we added more diversity to the comics, tried new ideas, had Archie get married, the Death of Archie, launched groundbreaking horror comics, and even rebooted Archie, Betty and Veronica, and Jughead, to awards, acclaim and some of the best sales the company has enjoyed in decades, having his input was invaluable. 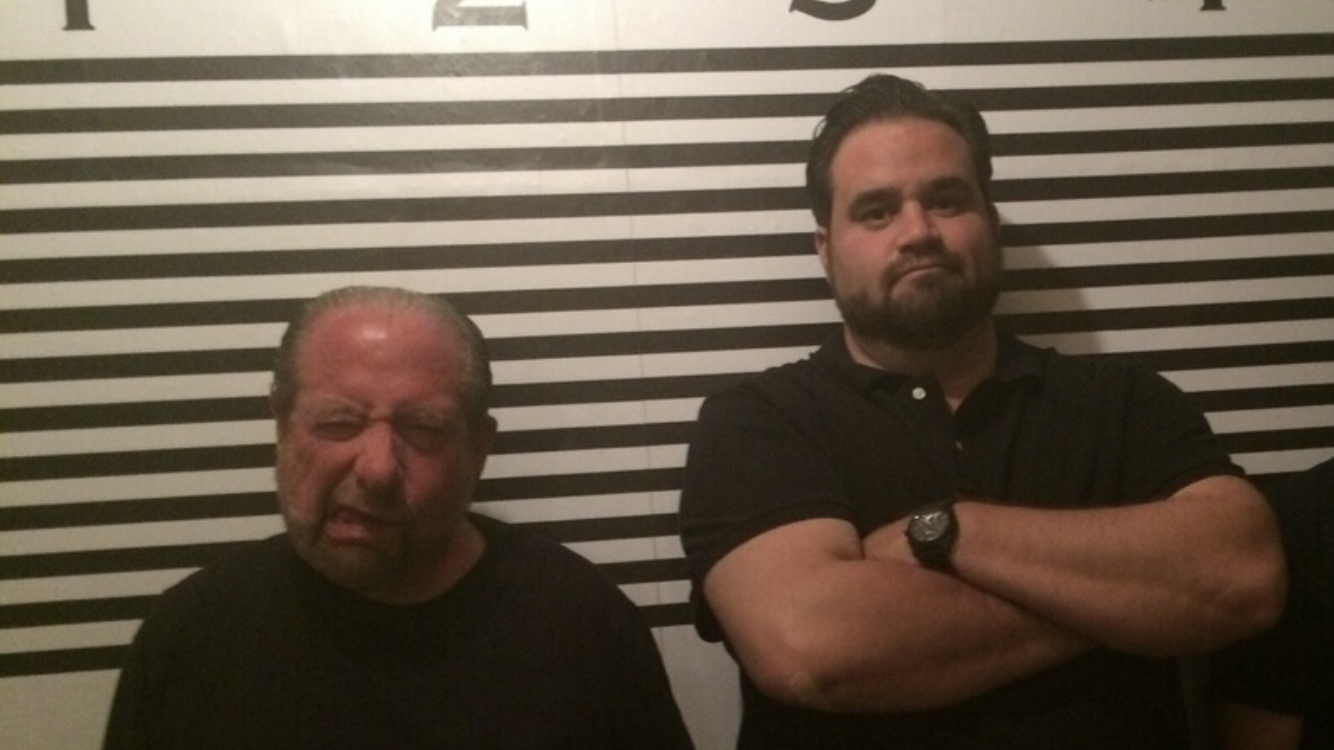 I will miss all those talks with Vic, but I can’t express how lucky I was to have that opportunity for so many years. If you ever loved reading Archie Comics, you owe it to yourself to go grab a copy to read while enjoying a delicious cheeseburger and fries.

And maybe bring a friend along, too.

— GORELICK on THE ART OF ARCHIE: THE COVERS. Click here.