Sequart examines the Planet of the Apes comic books with a new book of essays! 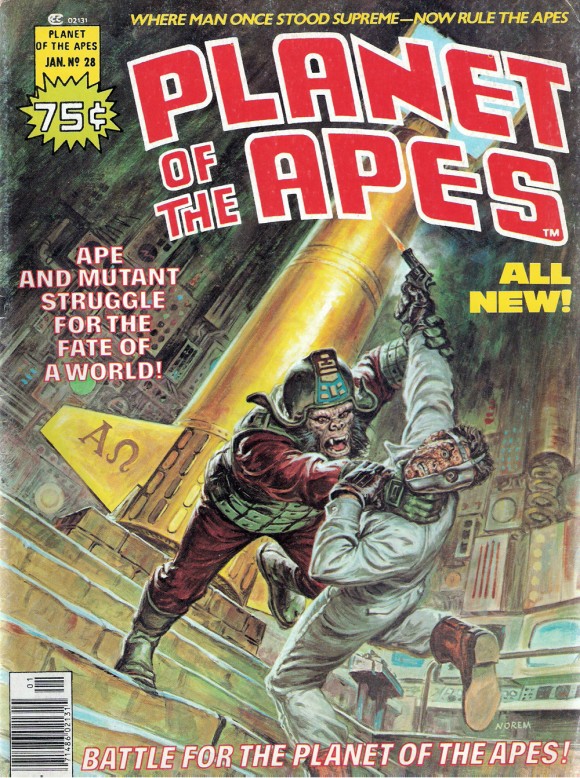 I’ve worked as a writer and editor for the past twenty years, and the topics I’ve covered have run the gamut from fun and geeky (Star Wars and Star Trek) to dry and technical (radio frequency identification and imaging equipment) to “I did it because I had to” (town meetings and kitchen cabinets). Every now and then, though, I get to work on a project that just screams out to me, “You need to be a part of this.”

Earlier this year, such an opportunity arose—and I reached out and grabbed it like an ape who is not Zira would grab a banana… like a telepathic mutant would grab an atomic bomb… dare I say, like George Taylor would grab Nova. 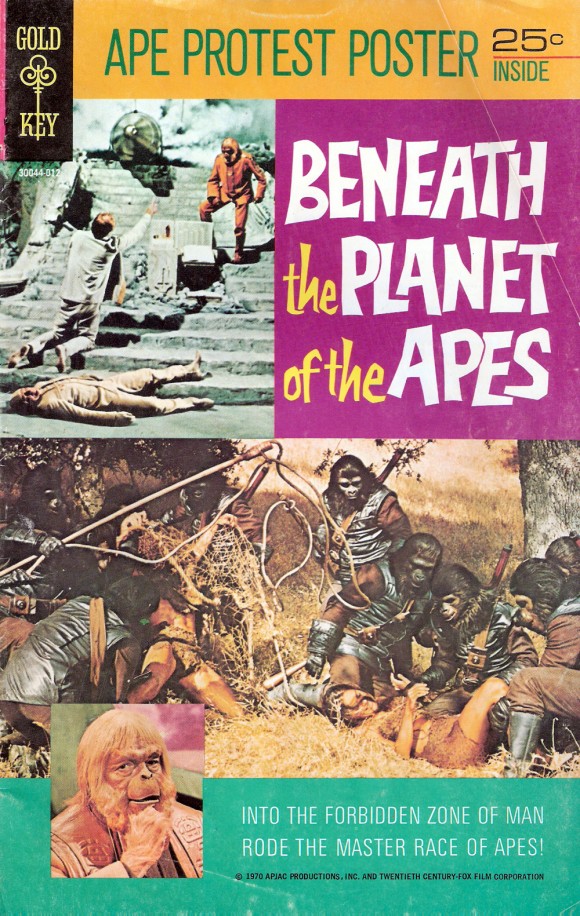 The Planet of the Apes franchise is not just seven (now eight) movies and a pair of TV series. Since the 1970s, POTA has frequently delved into the world of comics. Some stories have made the Lawgiver proud, while others have brought shame to Ape City. In the comics arena, not all apes are created equal—but for fans, that’s half the fun of reading them.

More than 150 Apes comics from a variety of publishers have been released during the past four decades, from Gold Key, Marvel, Power Records, Malibu Graphics, Dark Horse, Metallic Rose, BOOM! Studios and more. Writers have explored established settings, concepts and characters, while introducing an array of new casts and scenarios. Backstories have been revealed, plot holes filled in and histories extrapolated upon. The comics have employed multiple genres and styles, taking readers to distant villages, ruined cities and oceanic civilizations—and have even seen the apes battle alien invaders. It’s been quite the madhouse, but by and large, the stories have remained true to novelist Pierre Boulle’s simian spirit.

So when my friend Joseph F. Berenato invited me to contribute to an essay anthology he was editing for Sequart Organization (New Life and New Civilizations: Exploring Star Trek Comics), I jumped at the chance—not only because I loved the topic, but also because I realized that this type of book would be perfectly suited to Planet of the Apes as well. Joe’s anthology, due out later this summer, will feature a bevy of Trek experts each taking a critical eye toward a different era of the Star Trek comic world, providing a wonderful resource for Trek fans. 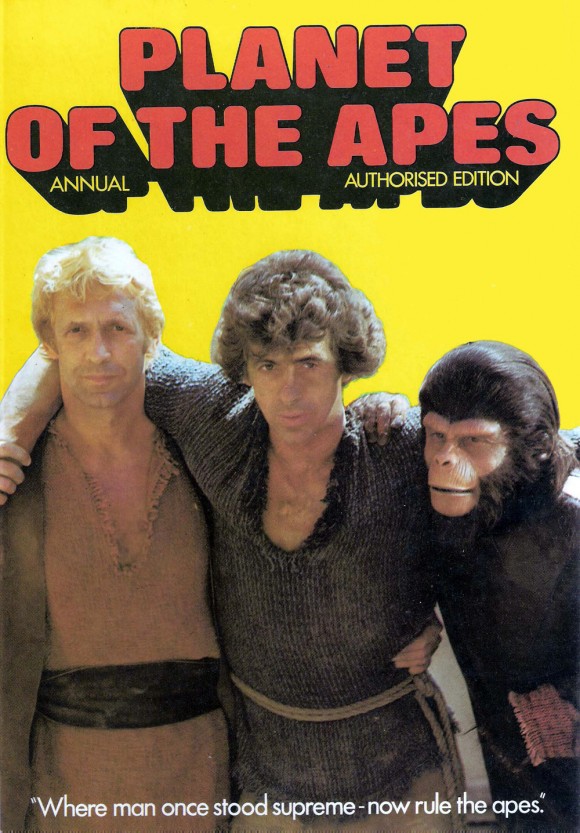 Sequart is a respected publisher of scholarly non-fiction books on subjects related to the medium of sequential art, with a focus on literary analysis that, according to its website, “avoids the insularity that can typify academic writing, trying instead to open critical discourse on comics to a wider, intelligent audience.” The company is growing beyond its comics origin by offering titles based on popular culture, such as Star Trek. So why not propose a similar book for Apes comics, I thought? And why not co-edit it with Joe—a fellow Apes fan?

Joe agreed. To our great delight, so did Sequart’s Julian Darius and Mike Phillips… which brings me to this:

Sacred Scrolls: Comics on the Planet of the Apes will examine the entire history of POTA comic books, from Gold Key to BOOM! and everything in between. Taking its cue from New Life and New Civilizations, this anthology will feature insightful, analytical essays about the franchise’s four-color continuation, from popular comic historians, novelists, bloggers and subject-matter experts, written from a scholarly yet approachable, non-stodgy standpoint. The goal will be for the authors and readers alike to revel in the joy of dissecting Apes comics, while taking an honest, critical eye to both their strengths and weaknesses.

We’re very pleased with the lineup: 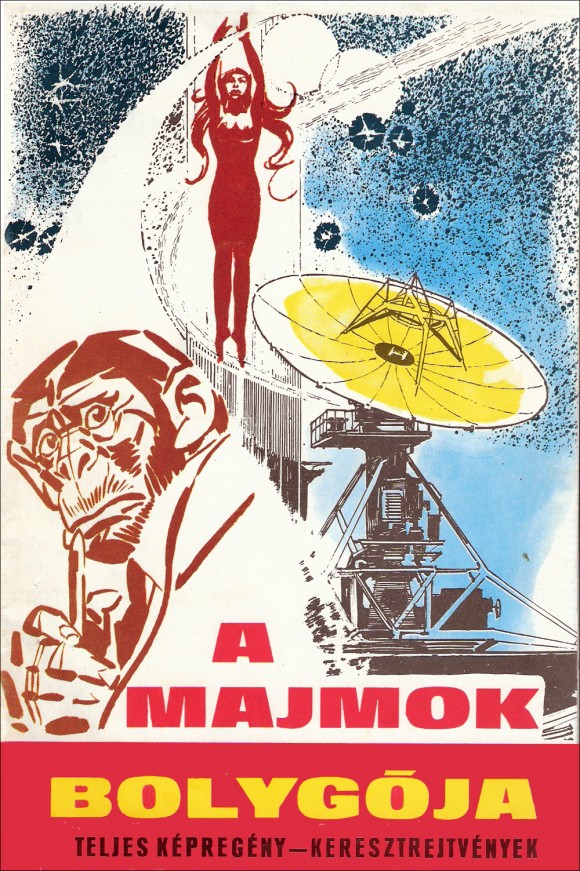 — Starting things off will be a foreword from comics legend Doug Moench, who penned the much-beloved Marvel Apes run. I can’t begin to describe how excited we are to have him involved.

— Comics writer, artist and historian Stephen R. Bissette, whose work for DC Comics’ Swamp Thing is nothing short of brilliant, will offer a fascinating discussion of comic precursors to Planet of the Apes.

— Popular Star Trek novelist Dayton Ward will discuss the role that time travel has played throughout the history of Apes comic books.

— Author and journalist Zaki Hasan will examine the film adaptations from Gold Key, Marvel and Dark Horse, as well as a Hungarian comic based on Pierre Boulle’s novel Monkey Planet. 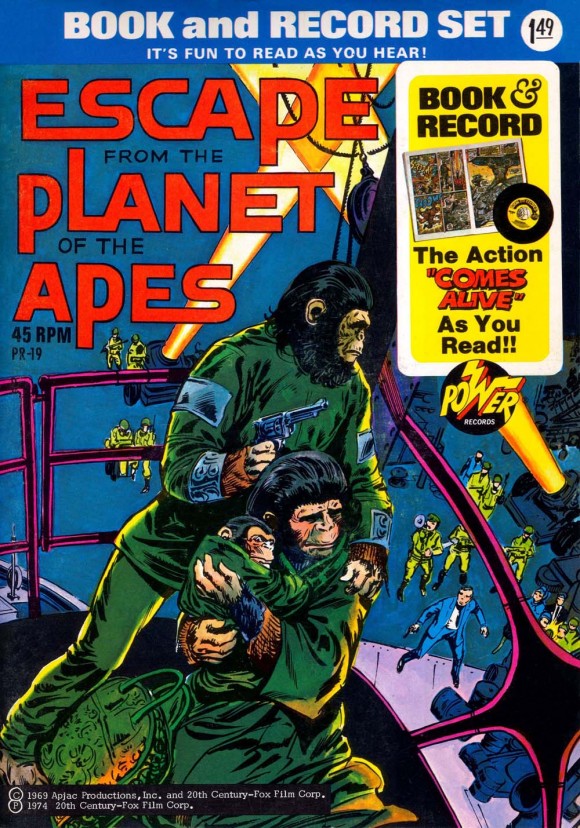 — Terry Hoknes, the editor of POTA fanzine Ape Chronicles, will consider comics based on the short-lived TV series, including British annuals, Spanish-language comics and a serialized strip for kids.

— Joe Berenato and I will split the Malibu run, with me covering the monthly ongoing title and Joe reviewing the miniseries and one-shots. Joining us will be Apes expert Edward Gross, a co-author of Planet of the Apes Revisited, who will spotlight Malibu’s most unusual offering: a crossover tale with Alien Nation. 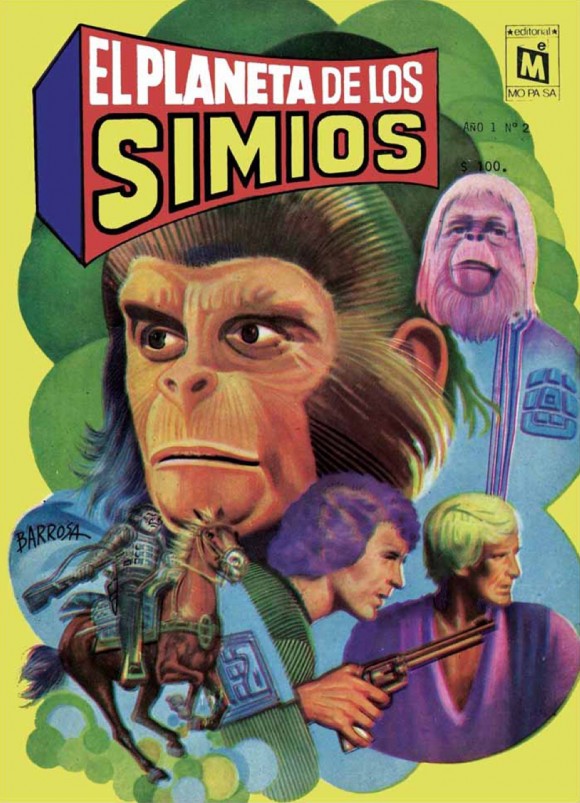 — Musician-filmmaker Lou Tambone will offer his insights into Dark Horse’s continuation of Tim Burton’s re-imagining—which, in many readers’ eyes, was better than the film itself.

— Finally, BOOM! Studios’ run will be the subject of a pair of essays from Joseph Dilworth Jr., the creative mind behind PopCultureZoo.com and TheFlickCast.com.

I’m anxious and excited to read what my fellow writers come up with, and I know Joe is as well. Fans can stay abreast of the project at Sequart’s website listing and the Sacred Scrolls Facebook page, to make sure they get their stinkin’ paws on the book when the time comes.