An Original 1966 BATCYCLE Is Restored to Its Former Glory

An EXCLUSIVE update from Eric Seltzer…

Back in April, we brought you the improbable story of how Batman collector Eric Seltzer bought an original, show-used 1966 Batcycle at auction that had been billed as a replica.

It’s a wild tale and you can click here to check it out. (Believe me, you’ll want to.) 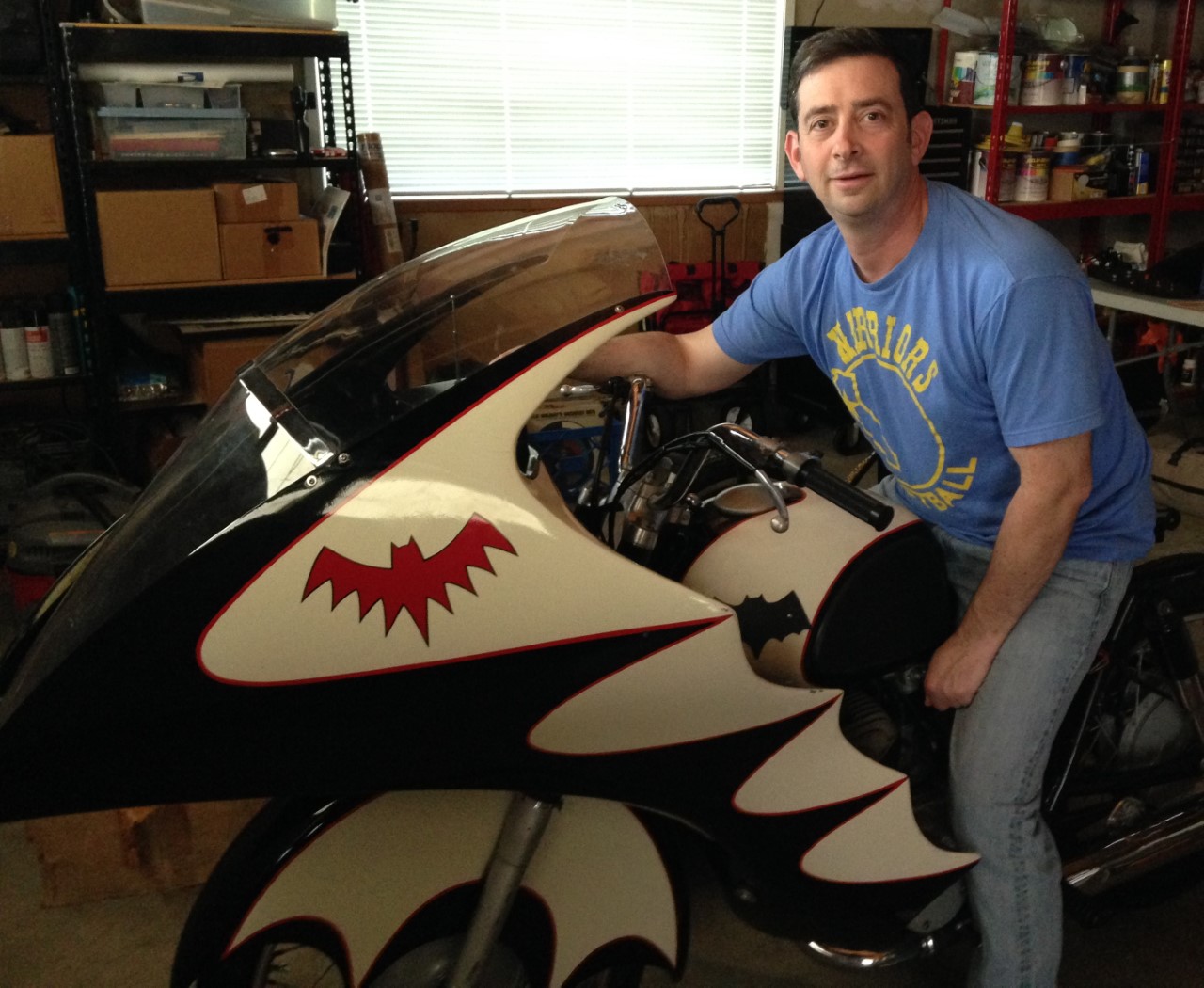 Eric after he acquired the Batcycle.

Anyway, Eric has sent over a photo-heavy update — 13 pix, as it happens — showing what he’s done to restore this magnificent machine to get it to look precisely as it did when it was on the show (not to mention get it in better running condition).

In a nutshell, Eric figured out what parts needed to be repaired, replaced or repainted by studying frame grabs and photos, as well as taking apart pieces of the cycle and studying how they were originally made. He and his Bat-team made separate templates for the different bat designs on the bike, for one small example. 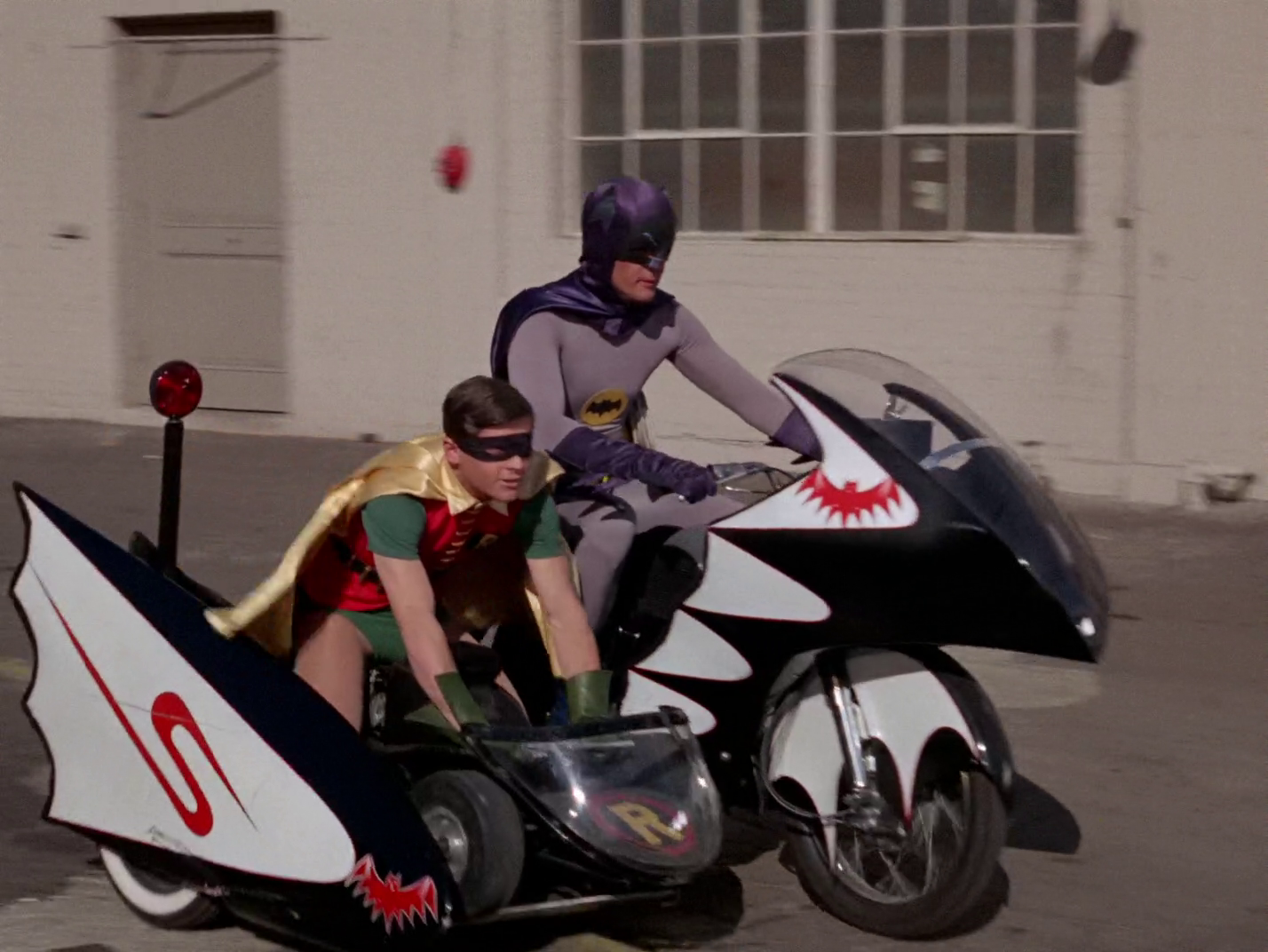 The Batcycle in action

Here’s just some of the work they did:

— The fairing was repaired and repainted.

— The fender was repaired and they added longer wing tips that were cut off years earlier.

— Robin’s cart was repaired and rewired to get it running again.

— All tires, the oil tank and battery cover were replaced so they were period correct.

— They replaced the two-piece windshield that cracked in the ’80s with a new one-piece.

— The did repair work to the machinery itself.

Just check out these photos: 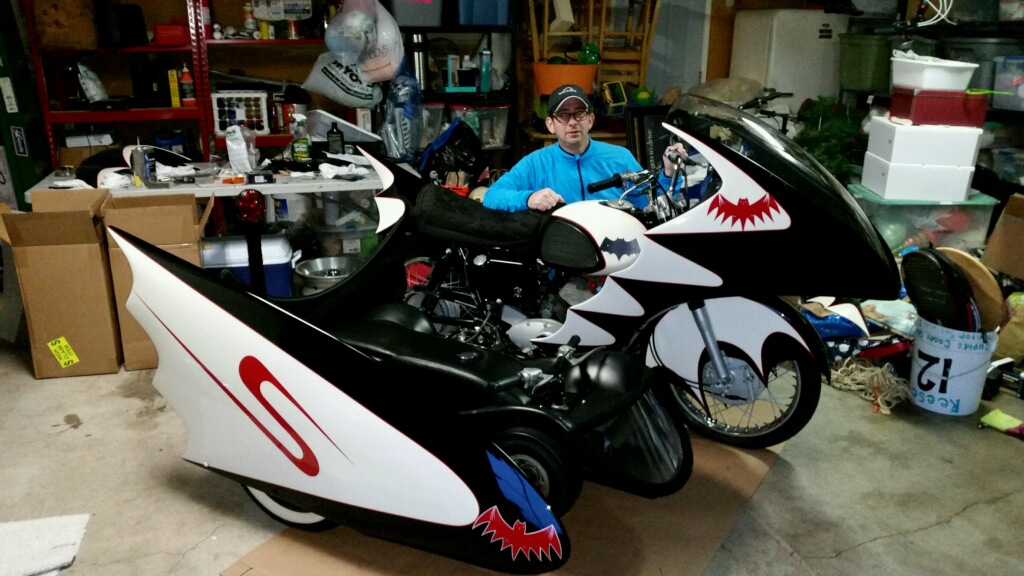 Eric with the restored Batcycle. 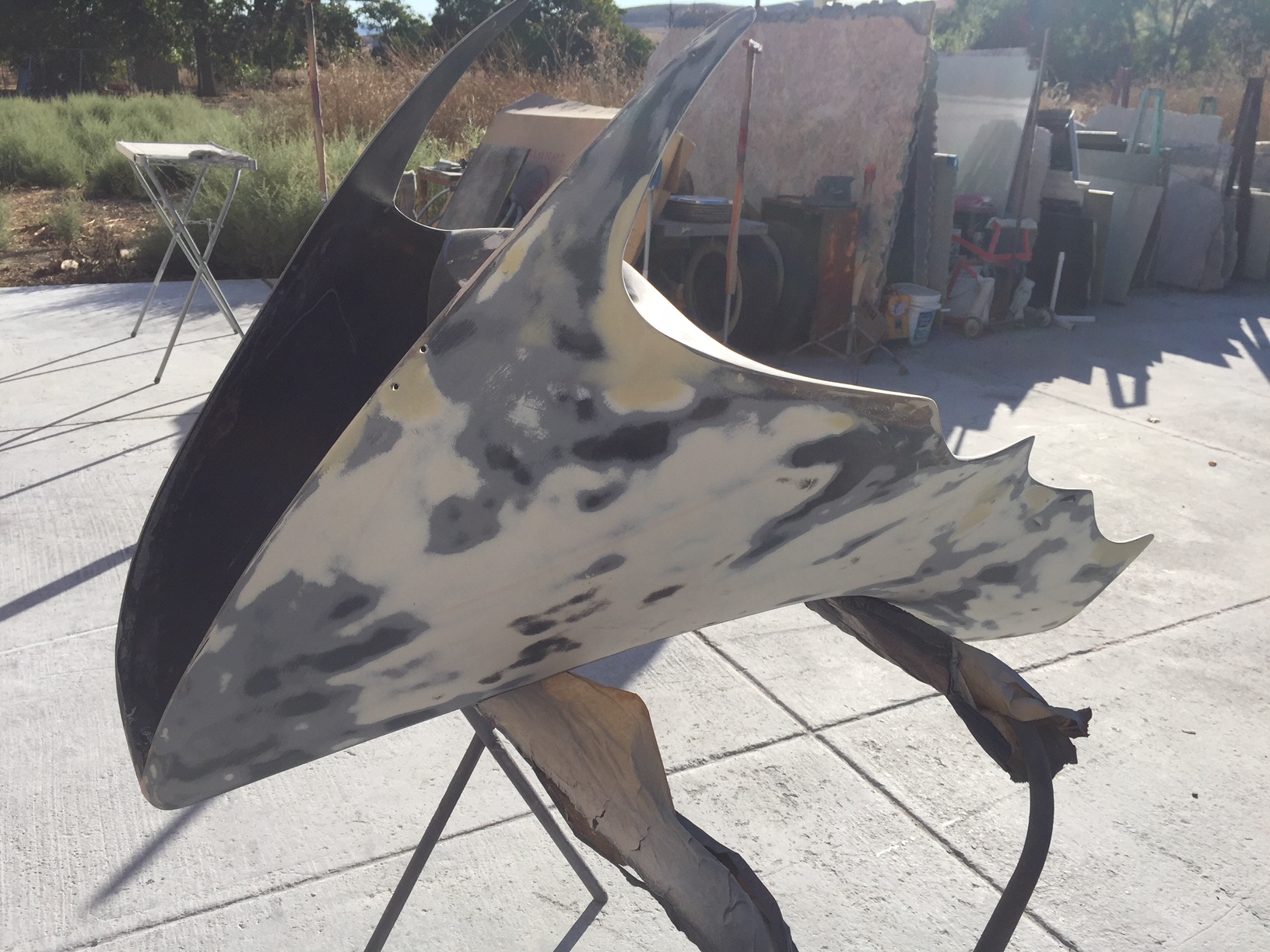 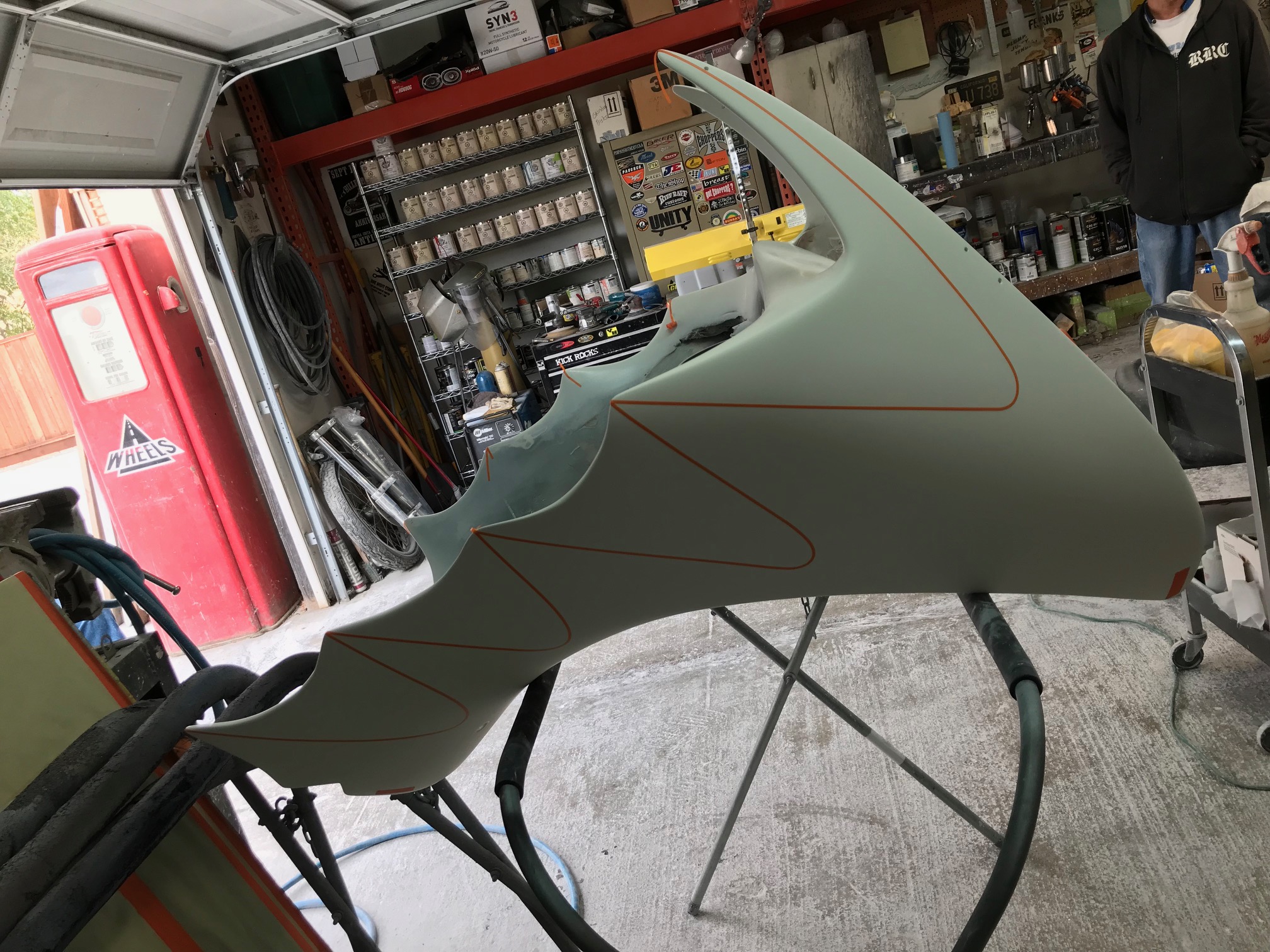 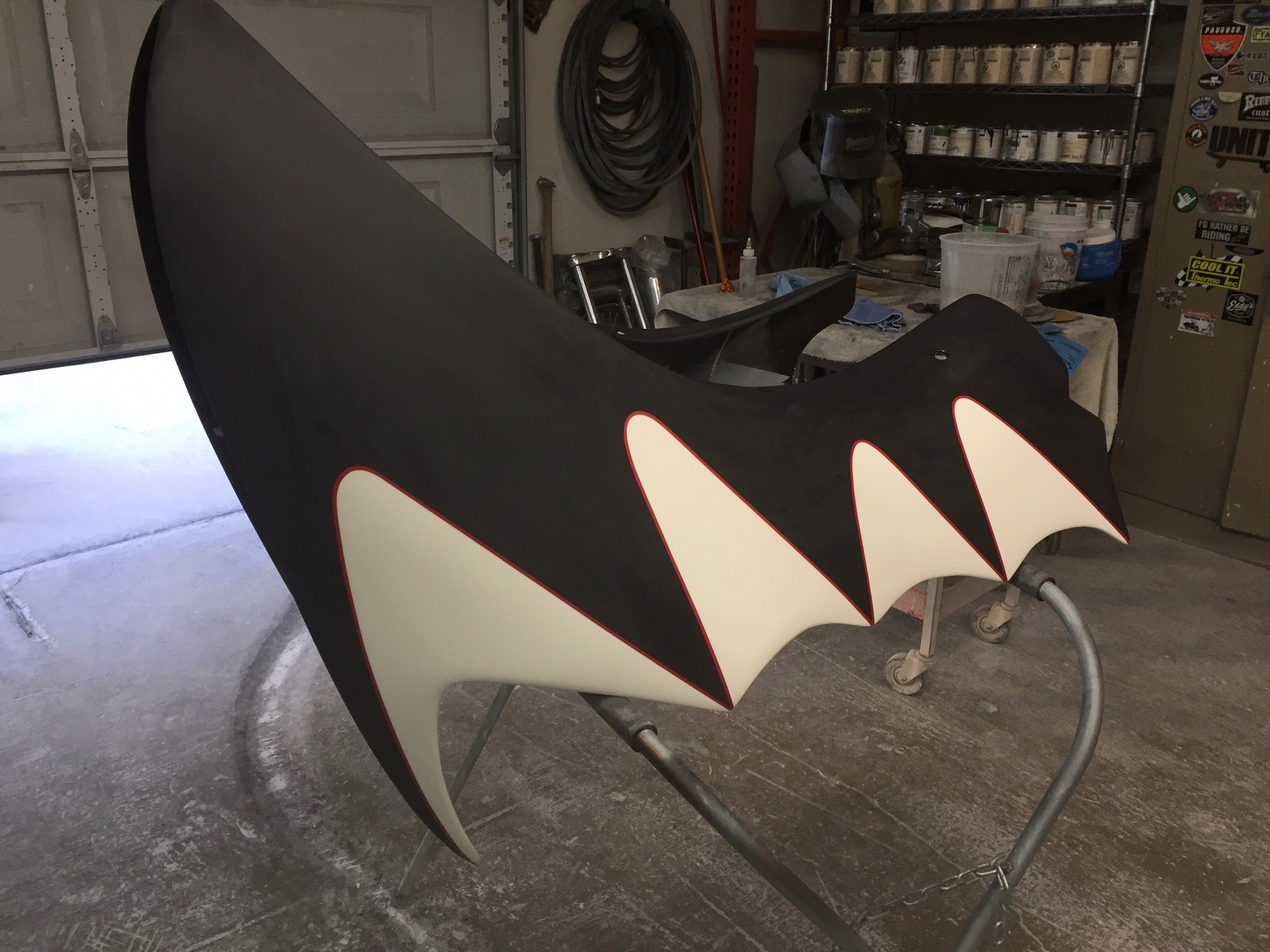 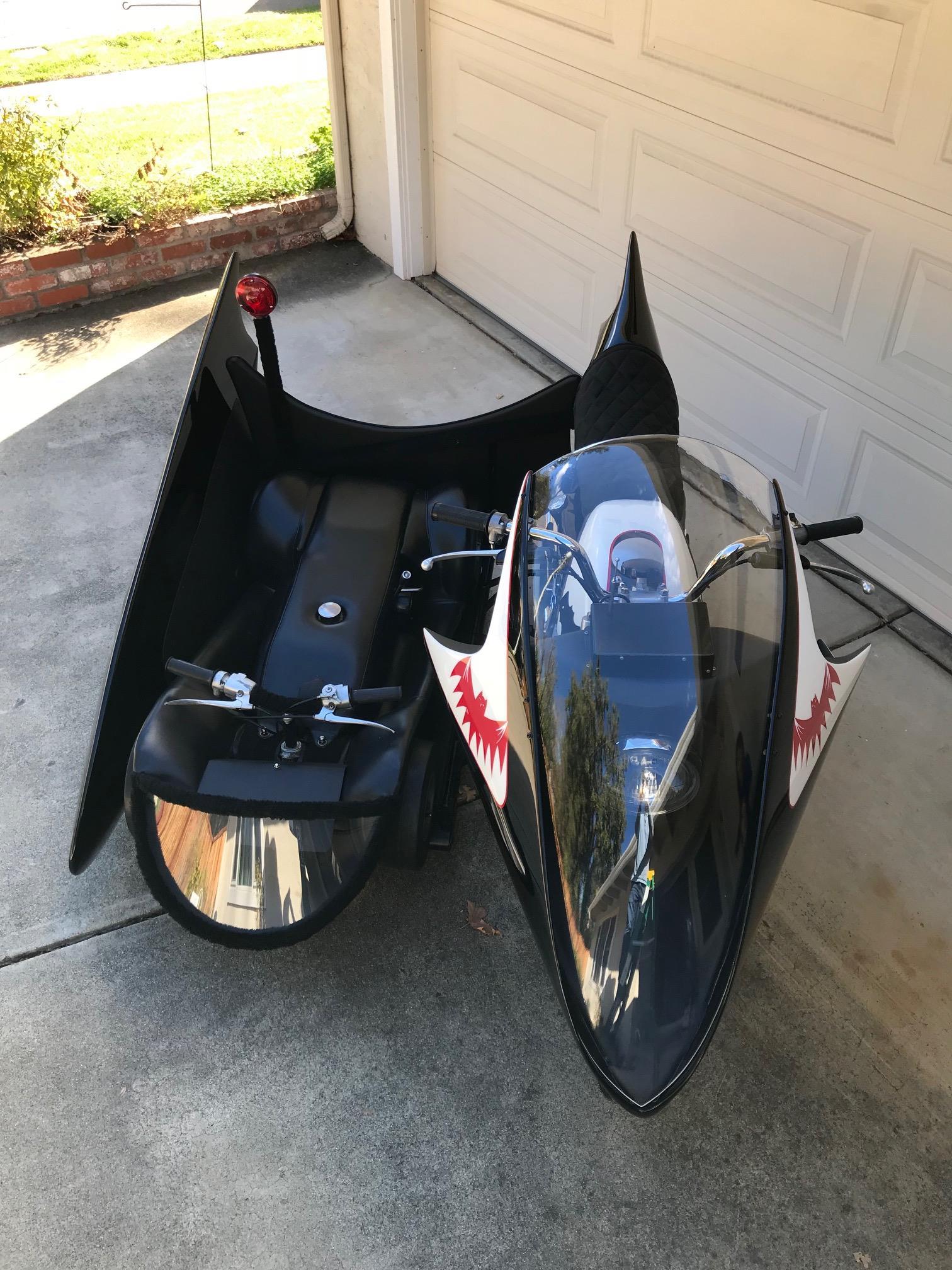 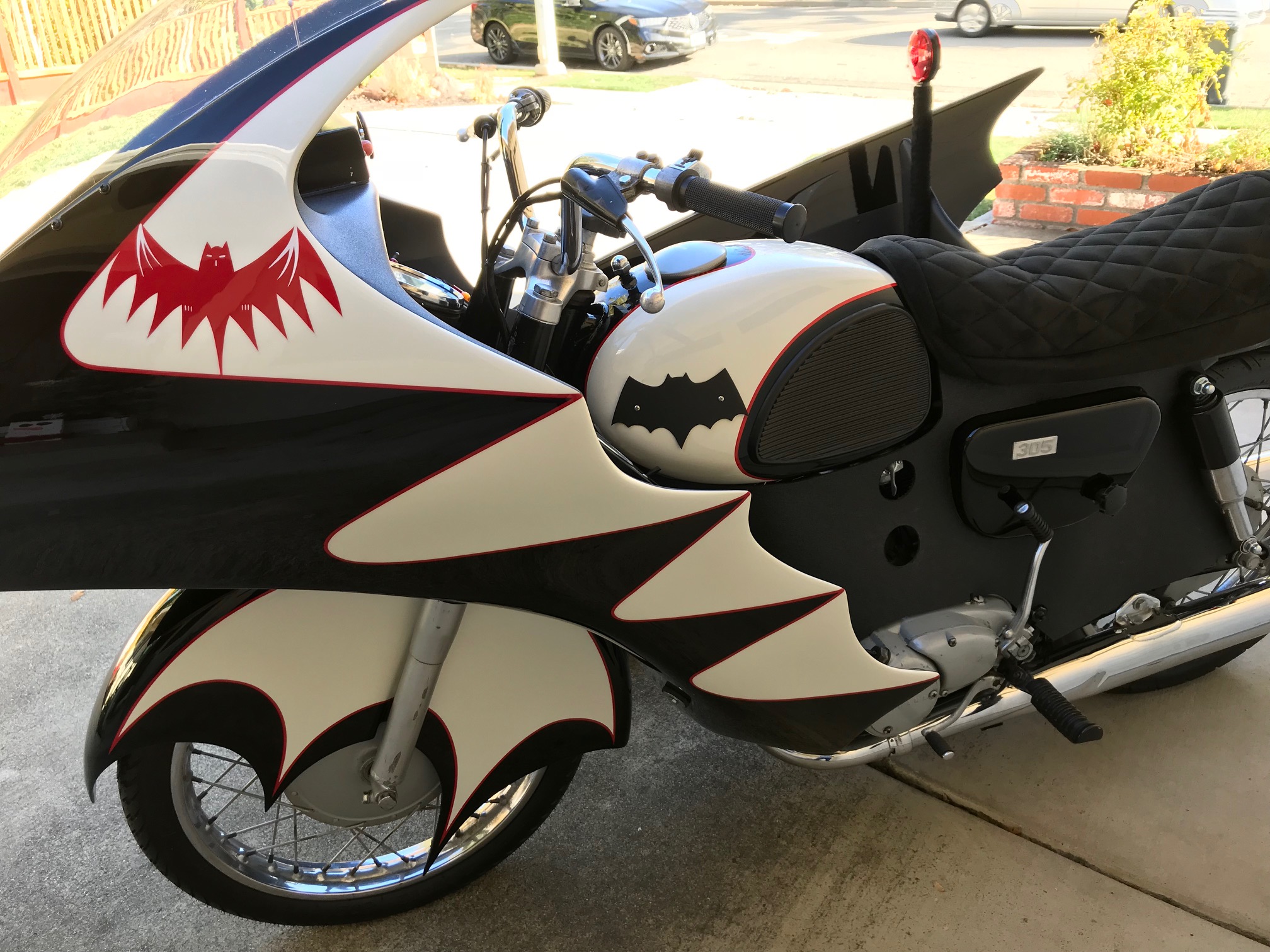 Eric — who operates 1966Batmobile.com and an offshoot on the Batcycle — even recreated a 1967 pic of some children with the cycle by using his own kids: 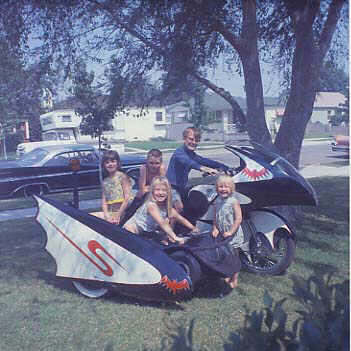 Again, I urge you to go check out the earlier story, which explains not just how Eric got his hands on the Batcycle, but how he determined it was one actually used on the show. Click here.