Our penultimate All-New Marvel Now! Wrap-Up of #1 and .Now issues! 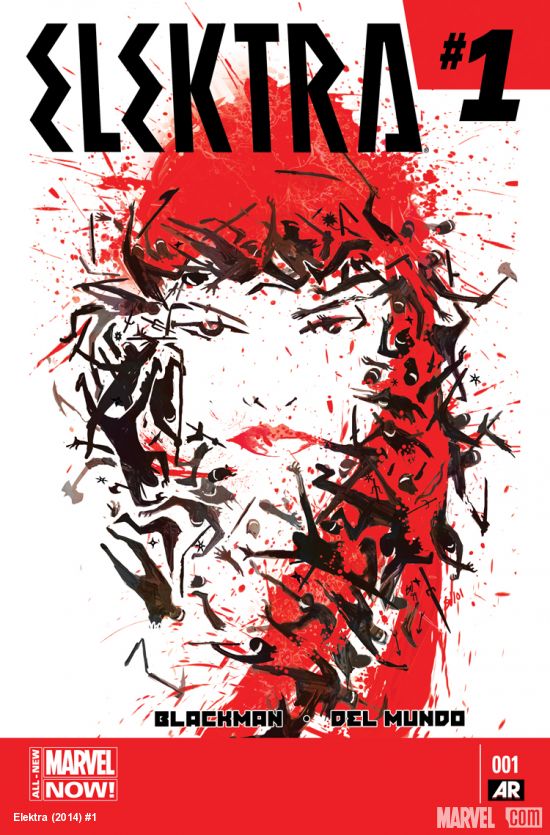 Elektra #1. Writer: W. Haden Blackman. Artist: Michael Del Mundo. Elektra has forever been a tough sell and the opening pages of the latest All-New Marvel Now! series spells out why. New writer W. Haden Blackman deftly points out that over the years, Elektra has not been a complete character, she’s been daughter, lover, killer, servant, and victim, but she has very rarely been portrayed as a whole person. I guess this new series is out to change all that, but whether it succeeds is open for debate.

The entirety of the plot is Elektra lamenting that she has been everyone else’s killer but now she will serve herself as the world’s greatest assassin, and proceeds to take a contract out on just-introduced master assassin Cape Crow, who is shown via flashback defeating villains like Taskmaster and Bullseye at the same time. No, sorry, not buying it. There are ways, more creative ways, to get the reader to understand this new protagonist is a badass without feeding him master villains in a hard-to-swallow sequence.

The one thing that cannot be debated is that this book is gorgeous. Michael Del Mudo channels his best David Mack. The color work by Del Mundo and Marco D’Alfonso is some of the best Marvel has done in the All-New Now! If only there were more meat and clarity to the story to go along with the superb art.