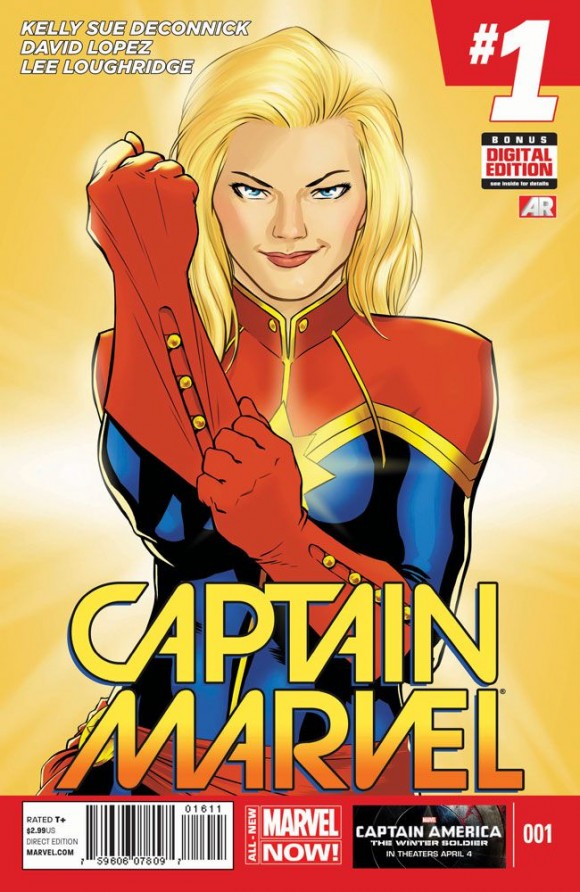 Captain Marvel #1. Writer: Kelly Sue DeConnick. Artist: David Lopez. This book has become more than just a comic: It’s a movement to support that most evasive of things, the female-led comic book written by female talent. Maybe one day, this fact won’t have to be brought up, but today, a book like Captain Marvel needs to be pushed, because it’s really freakin’ good, and always has been, yet the sales numbers don’t reflect the story quality. Marvel has chosen to give the book a push by relaunching with the All-New Marvel Now! and hopefully the book’s rabid fan base will grow.

The issue sets up a new status quo for Carol Danvers as DeConnick catches readers up on what Carol has been doing between series. The book starts with a cold open with Carol and a group of allies on an alien world, then the book backs up to show how Carol got there. It explores Carol’s relationships and her restlessness, her relationship with her new ward/pseudo-sidekick/inspiration Kit, her relationship with Tony Stark, and her newly minted romantic relationship with Iron Patriot, James Rhodes. It’s all handled with the maturity and the quality one has grown to expect from DeConnnick.

The main focus of the book is Carol’s restlessness as she is trying to find her true place in the world, a quest that seemingly will lead her to the stars as DeConnick wisely chooses to make Carol part of the Guardians of the Galaxy-fueled cosmic push coming this summer. The last series’ bugaboo was some wonky art that gave the book an indie feel, something that may have kept the casual mainstream reader away. David Lopez solves that problem with a clean and pleasant style that complements DeConnick’s very human story. 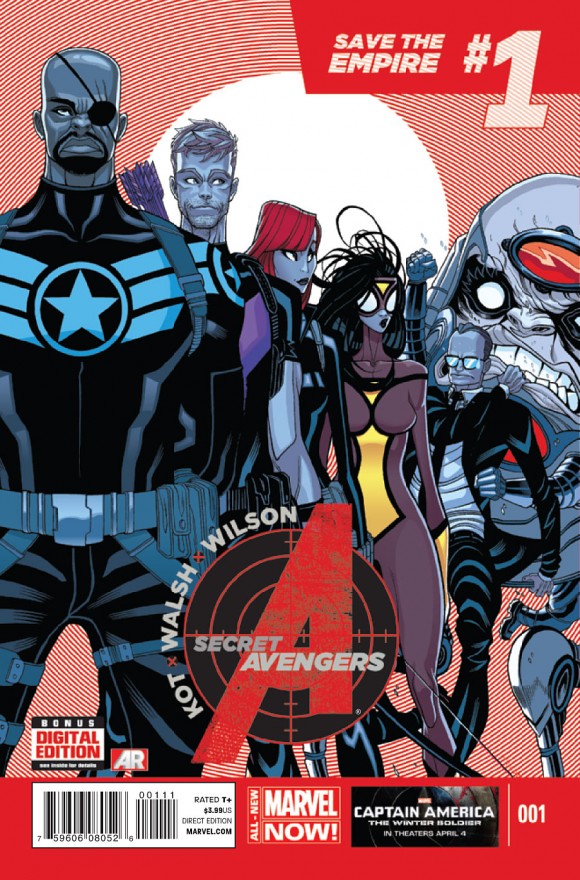 Secret Avengers #1. Writer: Ales Kot. Artist: Michael Walsh. Well, that was different. Ales Kot is one of the freshest voices in comics, and judging by the first issue of Secret Avengers, he’s bringing a totally unique take to the title. The book focuses on the black ops side of the Marvel Universe with Nick Fury Jr., Phil Coulson, Maria Hill, Hawkeye, Black Widow and Spider-Woman taking point in a book trying to ride the “Agents of S.H.I.E.L.D.” wave while being its own thing. The book is a stylistic companion to Matt Fraction and David Aja’s brilliant Hawkeye, while again, being its own experience.

The book is a bit disjointed with four plot lines running concurrently: 1. Hawkeye being chased by AIM agents; 2. Widow and Spider-Woman trying to relax with gelato and assault weapons and being sucked into Hawkeye’s situation; 3) Coulson and Fury fighting a robot called The Fury in space; and, 4. Maria Hill and her newest secret ally, MODOK, fighting a rogue agent.

The book is certainly ambitious, and fun, but at times , the whole thing gets a little too hip for its own good. A little more grounded approach will make this book a can’t-miss, but for some, the whole balls-to-the-wall cooler than cool storytelling may be a bit much. 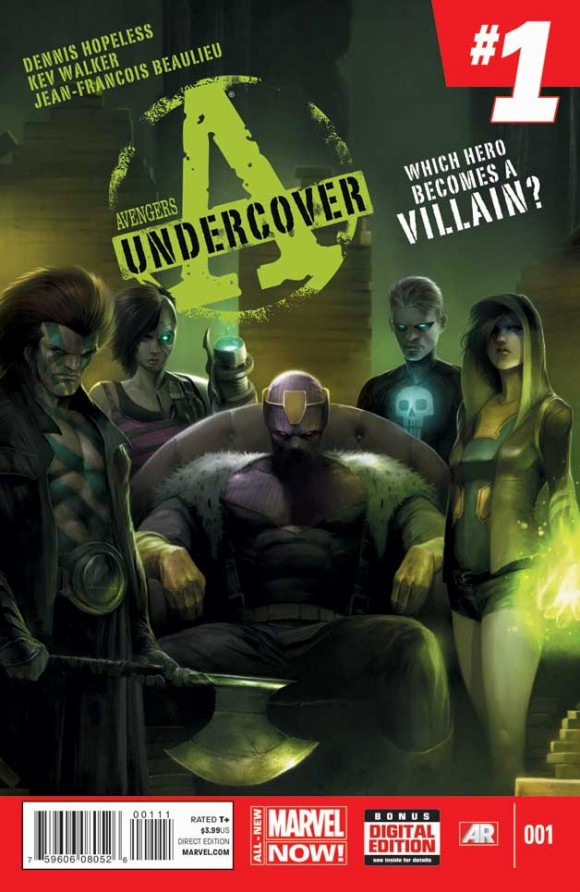 Avengers Undercover #1. Writer: Dennis Hopeless. Artist: Kev Walker. It’s hard to describe the function of this book. It’s a sequel to Avengers Arena as the kids that survived Arcade’s Island try to deal with the trauma in their lives. It’s a team book with no team, more of an action-oriented support group.

At times, the book is overwrought: Hazmat, for example, has a meltdown in a diner after hearing a patron discuss who his least favorite character was on the “show.” The whole scene served as some very clumsy exposition and did not service the story at all.

When things start getting a bit ponderous with the angst, Hopeless introduces Baron Zemo and his Masters of Evil to the proceedings. The inclusion of a group of master villains should be enough to shake the book out of the PTSD doldrums it seemed to be sinking into.