Daredevil swings, the X-Men remain Uncanny (if a little samey) and Iron Man’s a little rusty in this week’s wrap of the All-New Marvel Now! #1s and .Now issues.

Daredevil #1. Storytellers: Mark Waid & Chris Samnee. Stick a #1 on the cover. Move Matt Murdock to San Francisco. None of it matters because when Mark Waid and Chris Samnee’s names appear on the book, Daredevil is one of the best darn comics on the racks no matter the number or the setting.

This issue serves as a perfect first issue, a pilot to Daredevil’s new direction if you will. Waid and Samnee use a thrilling rescue of a kidnapped girl to catch readers up on Daredevil’s origins and the reason for the move from Hell’s Kitchen to San Fran. The chase, featuring Daredevil being pursued by two baddies on Green Goblinesque gliders gives the creators a chance to showcase DD’s powers but also contrast the new setting to Murdock’s more familiar stomping grounds of New York City.

Listen, Waid on Daredevil is one the best things to happen in comics in the last 15 years. He takes what has happened in the past, all the Miller, Bendis, Brubaker, Diggle stuff, and he honors it while creating his own tone and world for the classic hero. It’s a tragic character written in a Silver Age pastiche with an eye toward the future. With Samnee on art, the book is taken to a whole new level of visual quality. 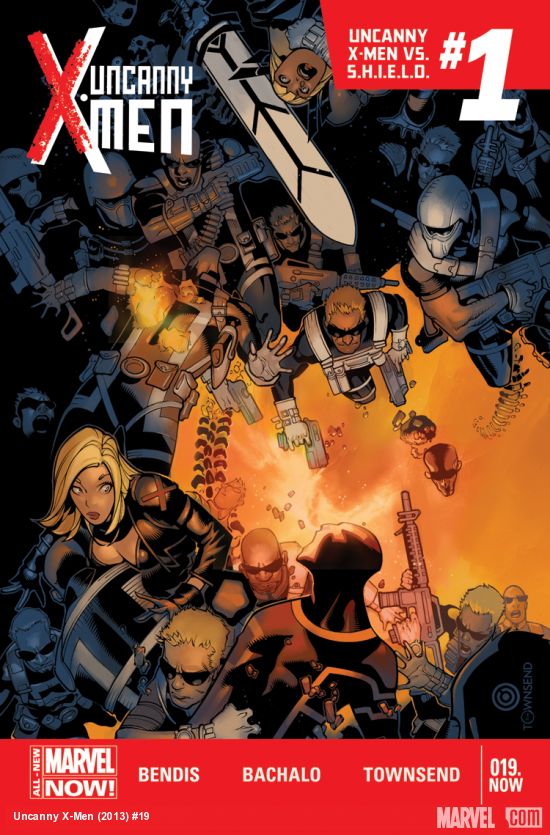 Uncanny X-Men #19.Now. Writer: Brian Michael Bendis. Pencils: Chris Bachalo. Inks: Tim Townsend. Really, the core X-Men books haven’t been this keenly focused in a very long time. In Uncanny X-Men and its sister book All-New X-Men, Brian Michael Bendis has a great number of plates spinning, but spin them he does. In the first issue of Uncanny as part of the All-New Marvel Now! era, Bendis focuses his attention on the growing conflict between Scott Summers’ X-Men and SHIELD. The book is separated into three intersecting plotlines. The strength of the issue is the action as drawn by Chris Bachalo, a rocking series of beats that showcase Cyclop’s team very nicely. The only drawback, and I say this as a huge Bendis fan: All of his younger mutants speak with the same voice. They are all very quippy and very pleasant personalities, but they are, as of now, forgettable and redundant. 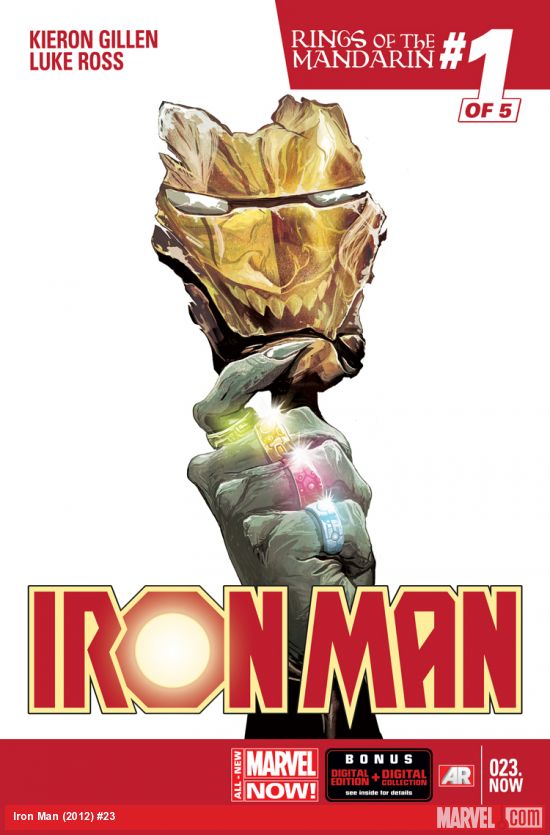 Iron Man #23.Now. Writer: Kieron Gillen. Art: Luke Ross. Tony Stark versus the magic of Asgard isn’t the first direction one would think of for an Iron Man story, but this entry into the All-New Marvel Now! opens an intriguing chapter in the life of our hero. Kieron Gillen is at best when he’s working within the vast confines of Asgard. His Loki stories were some of the best stuff Marvel has produced in recent years, and it’s always fun seeing him return to the Golden Realm. With Gillen comes Malekith, a character that he never really got to play with in his run on Journey Into Mystery. Gillen always knows his way around Asgard but the Stark stuff seems disjointed. For a Thor book starring Iron Man, it’s pretty good, but some nice classic Iron Man action would be welcome.