Karen Green talks to the NY Times about acquiring Al Jaffee’s art for Columbia University’s archives. A career’s worth of MAD Magazine and other art will stay in the city that gave Jaffee his start. 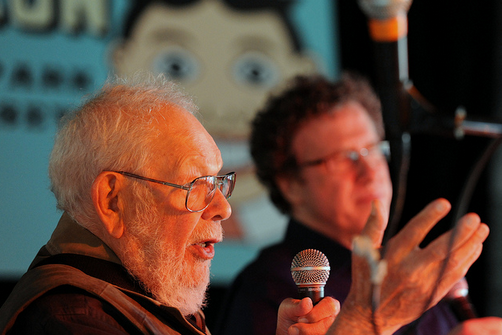 Karen Green, librarian for ancient and medieval history found only four graphic novels in Columbia University’s library in 2005, and has been instrumental in expanding the selection to 4,000 titles. Read how she acquired the works of Al Jaffee, X-Men writer Chris Claremont, others for Columbia’s archives in this NY Times story.