NO SPOILERS! The solo Guardians are here — along with some kung-fu perfection from Marvel. All out Wednesday 7/2. 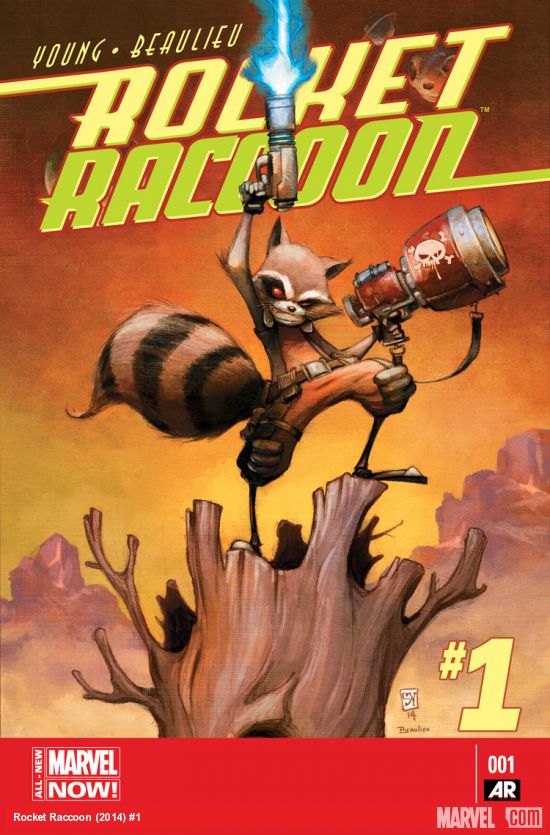 Rocket Raccoon #1. Words and Art: Skottie Young. Color Art: Jean Francois Beaulieu.
So we live in a world where Rocket Raccoon could potentially become the biggest star in comics. Yes, Rocket Raccoon. No, not Batman, Spider-man, or Wolverine … Rocket Raccoon. “Guardians of the Galaxy” is going to be big, really big, so Marvel better have some quality books starring Rocket or else they’ll miss out on some serious marketing synergy. Well, they have it with Skottie Young’s Rocket Raccoon #1, a perfect blend of Original Trilogy Star Wars action, crass and well-timed humor, brilliant cartooning, and a breakneck pace. If the tone and feel of the Guardians film is at all representative of the new Rocket Raccoon monthly, then Marvel has another film hit on their hands. Do not miss this book! 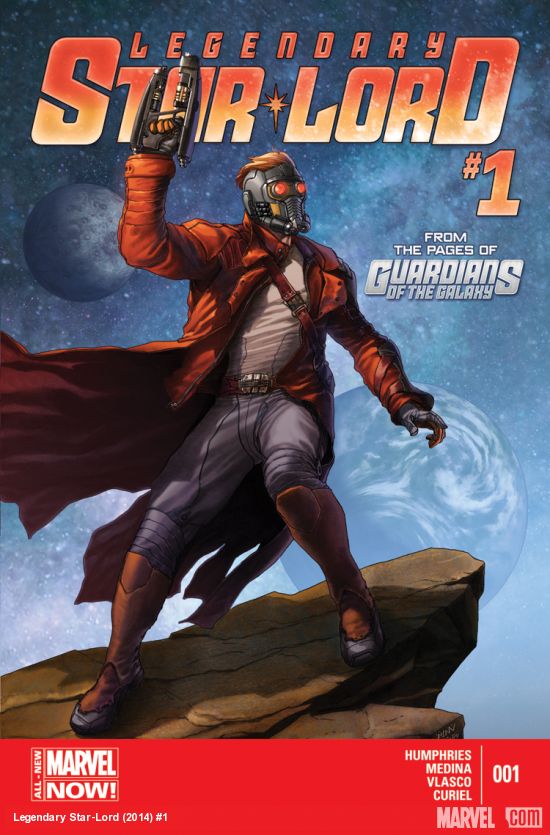 Legendary Star-Lord #1. Writer: Sam Humphries. Penciler: Paco Medina. Inker: Juan Vlasco. Color Artist: David Curiel.
Speaking of marketing synergy, Marvel wisely has many publications primed and ready to capture that Guardians hype, so the film’s protagonist is also given a spotlight. While Legendary Star-Lord isn’t actively a bad comic, it does suffer from some really odd pacing issues that water down the snappy dialogue and plot. It’s hard to get a sense of time or place in the inaugural issue of Star-Lord’s first monthly. It is clear that Humphries knows who Star-Lord is and can get into the character’s skin very easily, but I’m not sure the writer knows WHERE Star-Lord is or when. All a muddle of fun dialogue and snappy action but really, the whole thing spins its wheels and goes nowhere. 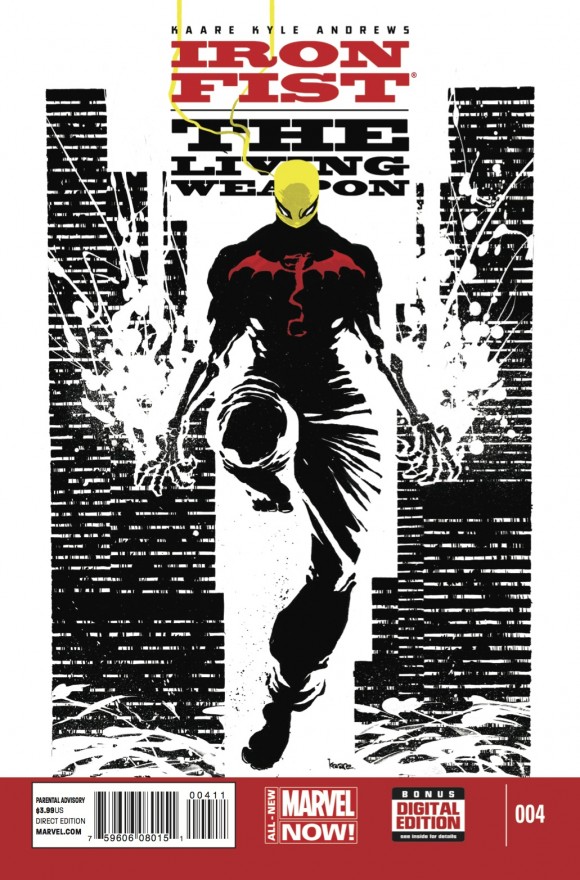 Moving away from the Guardians of the Galaxy we have Iron Fist. First off, what an amazing cover, a masterpiece that relates the feel of the character and the book. Wow. As for the book, perfect storytelling in words and pictures. The book starts out with a flashback of Iron Fist and his new reporter girlfriend discussing Danny’s father. The sequence serves to inform the reader on who Danny’s father was and how the hero feels about his long-dead dad. The book then transitions into Danny’s relationship with the mother who died to save her son, then into the modern day Danny struggling with his father, recently returned from the grave. Every layer of the story builds to the moment of conflict, a beautifully drawn, frenetic fight between lost father and heroic son. Andrews is a godsend on Iron Fist and I hope this run lasts a very long time.