A look at Image’s Rat Queens #6, plus Boom!’s new series, The Woods, and Nailbiter #1, also from Image. 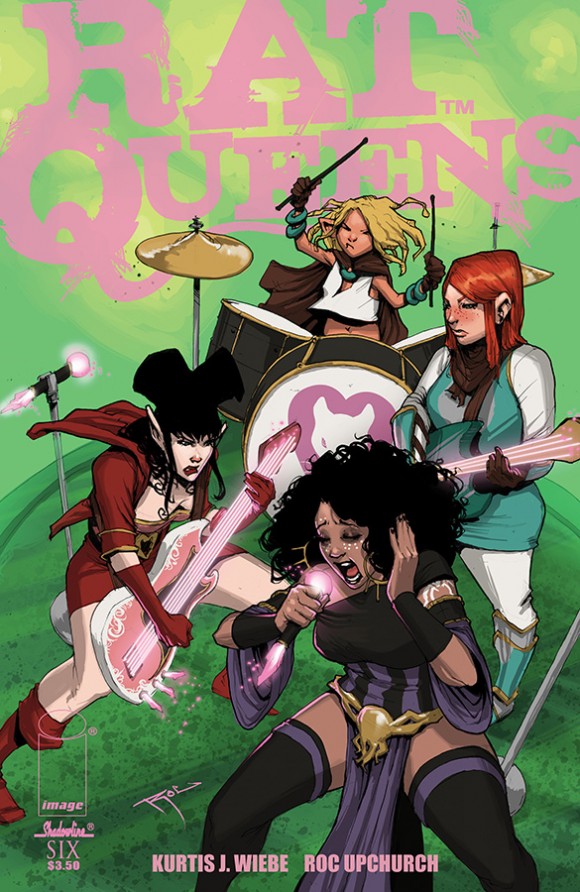 By now, it is safe to say that the issue of gender bias in comics has been well trod, but the mere fact that the topic has been paid lip service, without any paradigmatic shift, only means that the subject demands revisiting.  Without castigating the industry as a whole, it is certainly legitimate to point out that mainstream comics have routinely ignored or alienated large portions of actual or potential female readers through, among other things, universes that are dominated by male leads, with female characters marginalized to support roles or overtly and needlessly sexualized. This is not to say that efforts haven’t been made, and certainly some highlights stand out, both for their efforts to offer stories based on female leads, and to tone down the Liefeldian era depictions of female body dysmorphia – Marvel’s new Ms. Marvel, for instance, comes to mind as a great example.

And these intentional and active efforts to institute change are essential and important, but during the transition period, there is inevitably a feeling of forced deliberateness which results in the effort to change – the outlier nature of these efforts – to overwhelm the story as a whole. Which is one of – but certainly not the only reason – that I think I’ve found Rat Queens to be so gripping, both as a series and a story:  It has managed to simply be a comic book, without any attenuated expectations of helming the cause of gender equality, that nonetheless is entirely dominated by a female cast, is attractive to readers of both genders, and, most of all, is just a fun book to read, a brew of adventure, wit, and character- driven story lines.

But maybe I should step back for a moment. What the hell is Rat Queens, you ask? Think Elder Scrolls, Dungeons and Dragons, World of Warcraft – a medieval fantasy world riddled with mercenaries, orcs, necromancers, and whatever else seeps out of the warped minds of writer Kurtis J. Wiebe and artist Roc Upchurch on any given month. The titular Rat Queens are a band of outcast adventurers, Hannah, Betty, Dee and Violet, who, between drunken bar brawls and threats of exile from their home city of Palisades for their various shenanigans, pay the bills with odd jobs like clearing wayward goblins from mines or dispatching encroaching mushroom men.

The first five issues – collected in an inexpensive trade paperback, yes, go, buy, read, share with friends, etc. – introduced us to the Rat Queens as they and other the other adventurer teams in Palisades were sent on sham quests with the hope that they would never come back. But after this plan backfires, Palisades is beset by an army of angry trolls, and it is up to the Queens, with help, to save Palisades from being overrun. Issue 6 begins the morning after the Rat Queens party celebrating their victory, and is more of a transition from the old arc to the new, focusing more on the characters’ interaction and the fallout from the first arc. The new arc appears to be centered on Dee, maybe the most mysterious of the Queens, who was raised in a cult-like setting based on the worship of a magical tentacle god, and who gets a surprise visit from her past.

While Rat Queens certainly is not short on action, the driving force behind the series is the Queens themselves, four well-defined characters who work not only as individuals, but, maybe most impressively, as a group dynamic, with the characters playing off of one another for a witty and believable banter that just oozes authentic camaraderie. And maybe that is where Rat Queens is most successful, because it actually presents infinitely relatable characters who happen to be female but are well-written as characters first, which has long been the white whale of the comic industry.

The Woods #1: I tend to steer away from series about high-schoolers, but I am willing to make an exception for The Woods, a new series from writer James Tynion IV, of Batman pedigree, and artist Michael Dialynas.  After just one issue, it is clear that mystery will dominate the series, which opens with the sudden and unexplained transportation of an entire high school to, apparently, a moon in a far off world. 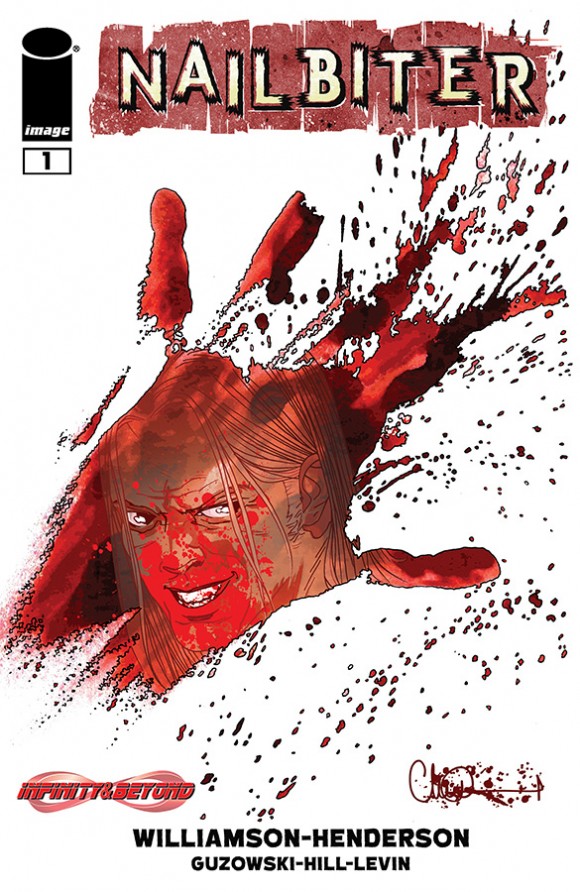 Nailbiter #1:  A new horror release from Image, Nailbiter tells the story of a small town that has been the birthplace of an inordinate number of the U.S.’s serial killer population, and the investigation of the reason for this. Fans of Bedlam may be drawn to this, as the story appears set to follow a serial killer – former or still active, it is unclear – working with the police to delve into the mysteries underlying Buckaroo, Ore.