Taking a look at Image’s Manifest Destiny #6, as well as a few other highlights for the week, including Boom! Studios’ The Returning #2 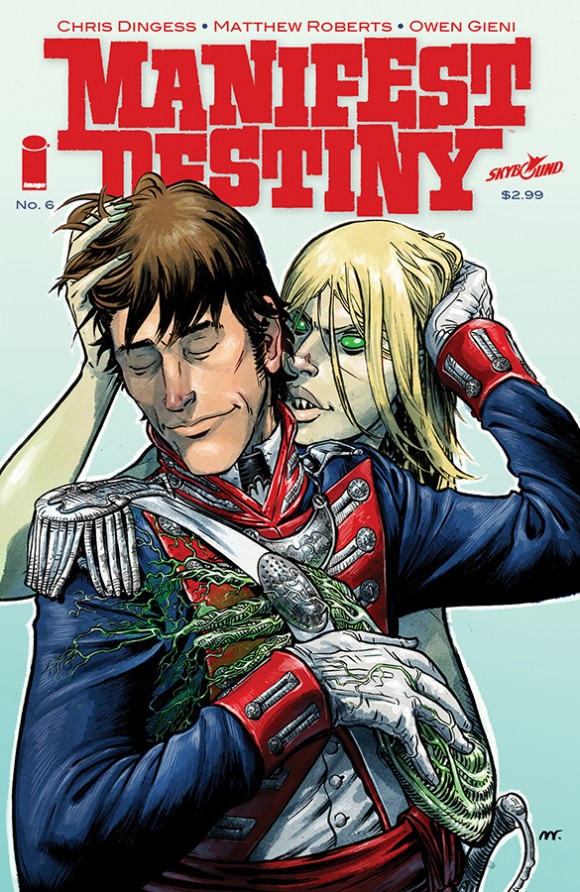 Through six issues, Manifest Destiny appears to have drawn a line in the sand as to what it is: an action-adventure story that makes no pretenses about being anything more, reveling in the simplicity of a well-executed narrative and deft artwork. Issue #6 ends the series’ first arc, so it seemed the appropriate time to give this book its due, as it has quickly become a surprise hit for Image.

Manifest Destiny is the brainchild of Chris Dingess, best known as a producer for “Being Human,” and Matthew Roberts. It retells the transcontinental journey of Lewis and Clark, recasting them as more monster hunters than explorers who are tasked with investigating and eradicating monsters and other unknown horrors from the West. As their journey starts, Lewis and Clark move West by boat, joined by a small cadre of American soldiers and unsuspecting inmates, on their way to meet Sacagawea, who is portrayed as a force of nature more than adept at handling the beasts that Lewis and Clark have to exterminate, but also part of a larger – and as of yet undisclosed – storyline involving her purported pregnancy.

To date, the strength of the series has been grounded in the routinely excellent execution by Dingess and Roberts. The stories are tight with well-written and believable dialogue, mixed with just enough humor to keep each issue light. Dingess’s pacing moves at a fast but consistent clip, while Roberts’ artwork manages to skirt the line between borderline cartoonish to occasionally horrifying for a style that suits the series’ “monsters meet action-adventure” premise. But maybe the most successful element – and Roberts’ most significant contribution – has been the monsters themselves, including giant buffalo-centaur creatures from the first few issues, followed by the flora-zombies, the results of a horrifying floral infection that has been taking over fauna – human and otherwise – and changing them, from the inside out, into photosynthesizing ghouls.

All of which leaves Issue #6 as a bit of a letdown. At the end of issue 5, Lewis and Clark and their infinitely expendable crew were suddenly faced with the realization that the floral infection had spread to the surrounding animal life, and that they were hemmed in by a forest filled with zombie plant monsters, a palpably claustrophobic ending. But while the opening of Issue #6 is a fun chase scene involving a zombie bear, the rest of the issue resolves itself in a too-quick and too-convenient manner, ending abruptly and with more a dull thud than a climax to send off the first arc.

Maybe the standards were set too high by the previous issues, or maybe #6 reveals a few of the warts that can be expected from a writer who is a relative newcomer to the genre. To be sure, Manifest Destiny is not a flawless series by any means and is still finding its footing – the supporting cast is generally interchangeable and anonymous (making occasional attempts at emotive character-building distracting, such as a full page dedicated to the zombification of an otherwise unknown character in this issue), and serious questions must be raised about the propriety of utilizing the name “Manifest Destiny” without recognizing the repercussions of the real-life Manifest Destiny. Nonetheless, the series has a solid footing from which to grow in its future arcs, and the slight hiccup that is Issue #6 does not derail this promise.

Shutter #1, Image. Shutter is a new series from Image, and may have been my favorite read of the week, if simply for Leila Del Duca’s art, which manages to move from sweeping broad images – the first scene, with Kate Kristopher, our hero, as a child on the moon is stunning – to tight portraits that pick up on the subtlest of expressions. The story itself follows Kristopher, the progeny of a long-line of adventurers who, now in her late twenties, appears to be contemplating putting that behind her in the wake of a personal tragedy. The first issue offers only glimpses of the story that is to come, but those small windows are full of promise, an adventure story with elements of old-school science fiction and a heartfelt character whose creators obviously care deeply about. 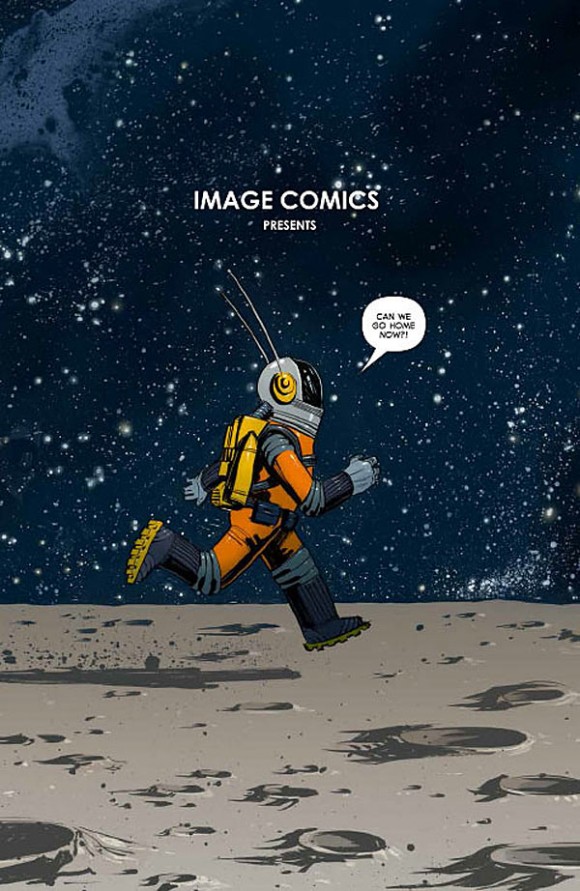 Little Kate Kristopher on the moon in Shutter No. 1.

The Returning #2, Boom! A new series from Boom! Studios, The Returning depicts a world a few years in the future where people who undergo near-death experiences come back as “changers,” appearing normal to onlookers but driven by violent and unpredictable impulses. The series draws on similar themes, and will be compared to a few other recent titles, specifically Rachel Rising and (even more so) Revival, each a mystery with a well-drawn female lead who has recently returned from the dead. These well-earned comparisons aside, The Returning sets itself apart by an air of dread that jumps to the forefront in #2.

East of West #11, Image. East of West has silently built itself to be Image’s third-highest selling monthly series behind only The Walking Dead and Saga, and yet somehow the series still feels criminally underrated. To be fair, it has a complex plot that can feel dense at times, and Jonathan Hickman’s patience in building his world – which, after only 11 issues, is massive and yet incredibly fleshed out – may be a deterrent to readers seeking instant gratification, but this is a series that if you are not reading, you are making a grave mistake. Issue #11 is a further step in building this world, as Xiaolian, head of the house of Mao, calls together the Chosen to meet near Armistice, with Hickman offering no subtle hints that this may serve as a prelude to the end of the uneasy peace between the Seven Nations.