Image roles out its titles for the last week of August, and we are looking at a few — Low #2, Wildfire #3, and Wayward #1 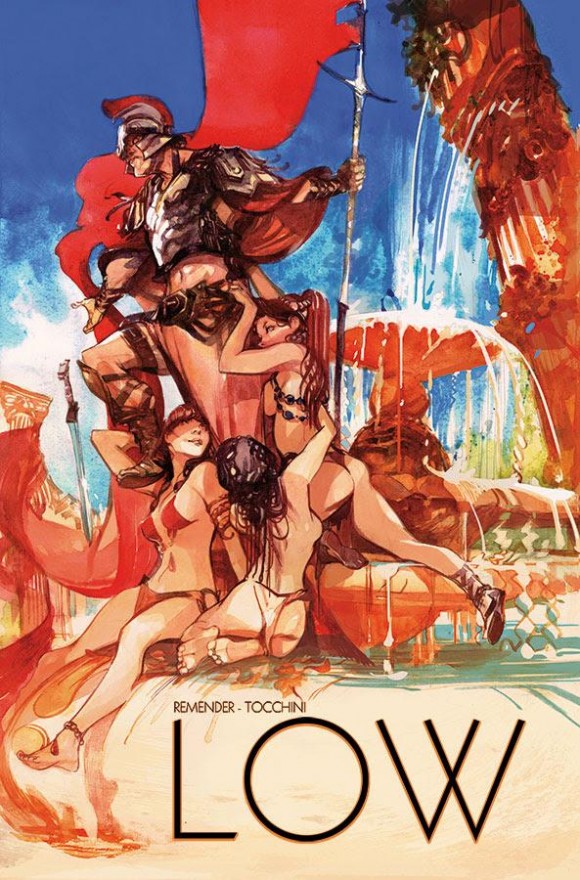 There is something completely addictive about Rick Remender’s recent indie work. Between Black Science (#8 of which also hits stands this week) and Deadly Class, he’s been writing some of the most creative, exciting and engaging series that are hitting the market. Black Science has, in particular, been a standout, a constant chase that manages to somehow blend wild worlds, created by Matteo Scalera’s amazing art, and a very heartfelt ode to family and loss.

But just on its second issue, however, Low may be my favorite of the three. Like Black Science, Low is deeply rooted in sci-fi, set in a dystopic future where, after the sun’s abrupt expansion, humanity is forced from the Earth’s scorched surface, living underwater while searching for a new habitable planet. The series so far has centered around a family that, in the first issue, experienced tragic loss. The second issue opens 10 years later, as the search for a habitable world intensifies as the scant resources available in the sea — most particularly air — begin to run low.  Low has a distinctly mature feel, not in the sense of “adult,” although there is some nudity and violence, but more in the sense that it is coming from a slightly wiser perspective, that it is more than just an action comic but instead is a bigger, complete story and vision than some of Remender’s other, more serial works. Due credit also has to be given to Tocchini’s artwork — I’ve seen mixed reviews and complaints that it can be confusing, bu there is an airy lightness to the work that I think is absolutely spectacular and fits the motif perfectly. 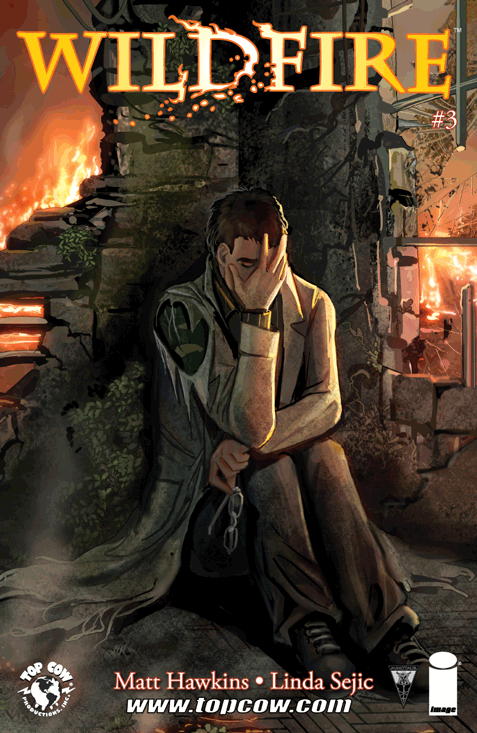 Wildfire has been Matt Hawkins’ bully pulpit for genetically modified organisms, striking with mixed results: Some of it is thought provoking, and, knowing Hawkins’ prior work, steeped in ample research (see, e.g., Think Tank), but as a narrative, the series feels clunky, jumping between characters and spending so much time trying to explain itself  that it gets lost in the weeds of its own theory. In Wildfire, a team of scientists push to be the the first to market a technique for advanced, hyperfast plant growth, with all of the promises of cured poverty. But this mix of good intentions and hubris leasd to a few spores of modified dandelions escaping from containment in the lab, which is the first step in a chain reaction, as Los Angeles becomes overgrown by plant life in the span of a single night. The flora quickly ignites into an inferno. Issue 3 opens with a chilling scene of Los Angeles burning to embers in the background, with reports of losses in the hundreds of thousands. The issue then turns to follow the chase for a solution. Hawkins’ positions are certainly valid and Wildfire offers food for thought, but as a story, it comes out flat. 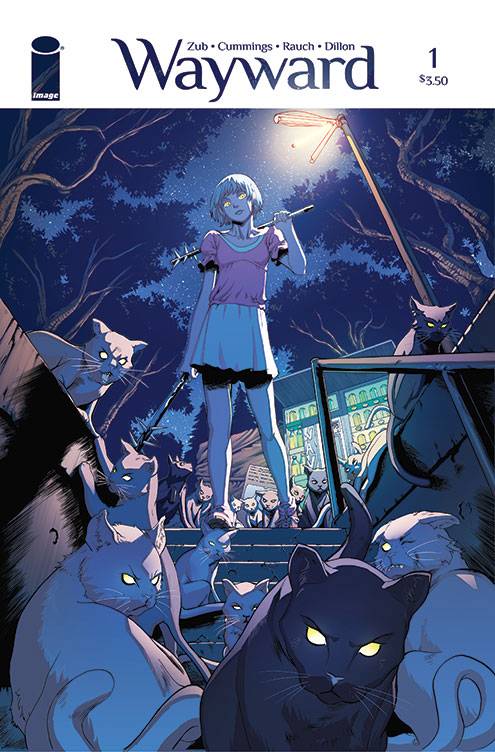 Billing itself as Buffy: The Vampire Slayer for a new generation, Wayward has set a high bar for itself from the get go, at least with respect to teen-oriented, monster-killing dramas. Wayward is certainly not a book that would typically fit in my canon, but it has a wild supernatural creativity that is fun and whimsical, playing with an art style that manages to flutter between Western and manga for a very effective product. The series follows Rori Lane, a teenager of Irish and Japanese descent, who, after the bitter divorce of her parents, finds her self moving from the Emerald Isle to the Land of the Rising Sun, relocating with a mother who works irrepressibly to make a modest living. Shortly after arriving, Rori starts seeing things just a bit differently — seeing paths in front of her that lead into the future, and on her first walk around town, she runs into a pack of turtle-like demons and a pack of cats that turns into a teenage ninja. If the first issue is any indication, the series will be a vibrant coming-of-age story, steeped in monsters, magic and ancient lore that revels in predictable unpredictability.