NO SPOILERS! We interrupt Original Sin to present one of the greatest Nick Fury tales of all time! 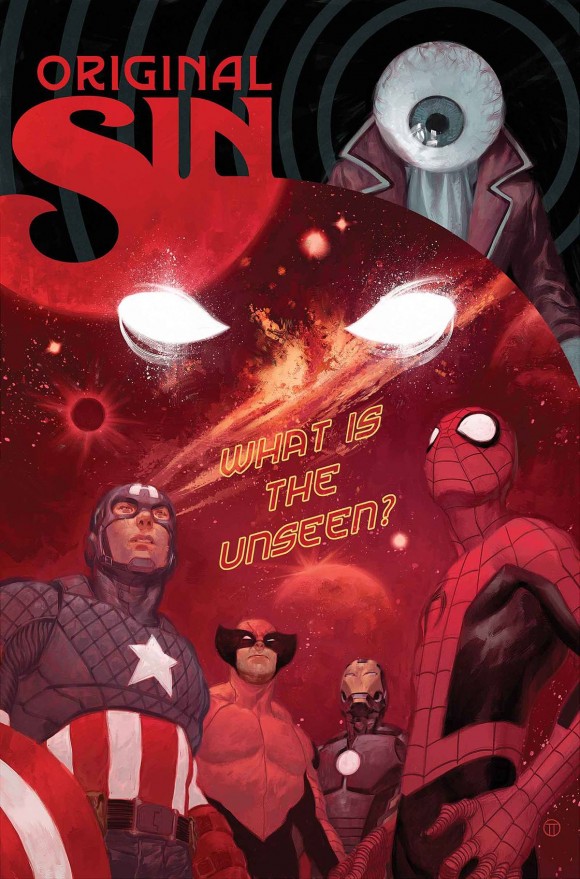 There has been some grumbling around the fandom that the original Nick Fury, the old Silver Age war horse, was going to be marginalized and forgotten in lieu of the more Hollywood-friendly, Sam Jackson lookalike, Nick Fury Jr. The future of the original Nick is still in question, but here in the present, Aaron, Deodato, and company present the most comprehensive and compelling Nick Fury story in many years. A loving tribute to the character from his Howling Commando roots, to his Bond-like revamp of the late ’60s, to the more sci-fi elements that have defined the character throughout the decades, Original Sin #5 is your one-stop shopping for all things Nick Fury.

The issue features the yellow space suit made so famous by Jim Steranko as well as other Silver Age Easter eggs that will delight old-school fans. The issue also details that while Nick was protecting the world from HYDRA and AIM, he was also protecting the planet from secret alien incursions. The plot of Original Sin does not progress much this issue; instead, we are treated to a note-perfect Nick Fury tribute that spans time and space and is filled with big ideas and bigger character beats. Deodato channels the Steranko goodness and delivers a spectacular art job in this, the ultimate Nick Fury lovefest.