We all know he’s coming back, but it’s all in the telling, isn’t it? 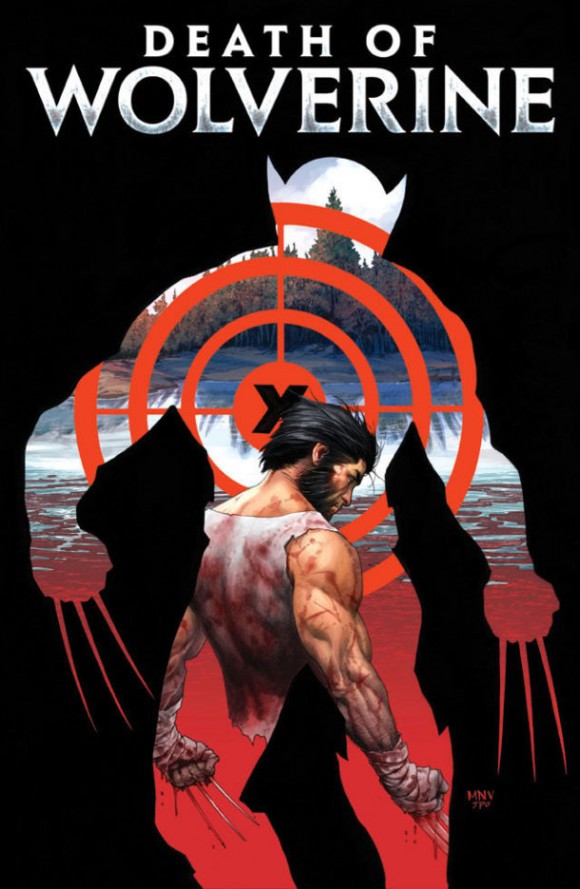 Well, he’s not dead yet.

The whole death thing in comics has become a hot-button issue. Deaths, particularly major ones, sell, they really sell, yet everyone knows they are temporary. In recent years, the Human Torch, Captain America, Batman, and kind of-sort of Peter Parker all died and are now alive and well with little mention of shuffling off this mortal coil. So when reading a big Death Of event, you have to look at it through the lens of the story itself, not the hypothetical resurrection jam that is no doubt coming down the pike.

Turning off the cynic in me and just judging Death of Wolverine #1 as its own thing, I have to say this was one bad-ass issue and one of the finer Death Of stories I have ever read. No magic bullets, no body switching wonkiness, no magic, just Wolverine, without his healing factor, tooth and claw against those that have come to kill him during his most vulnerable time.

This is a pure Wolverine story, and if it were really his last, it would be a fitting send off as Charles Soule balances many elements of Logan’s past to create a masterful action piece. The first half of the book is quiet and reserved, an examination of Logan as a man coming to terms with his inevitable demise, but the second half is pure action as a very disturbed and unexpected villain arrives.

The McNiven art is breathtaking as Logan seems battered, bruised, and on his last legs. Yet, he fights on.

As Wolverine inevitably will.