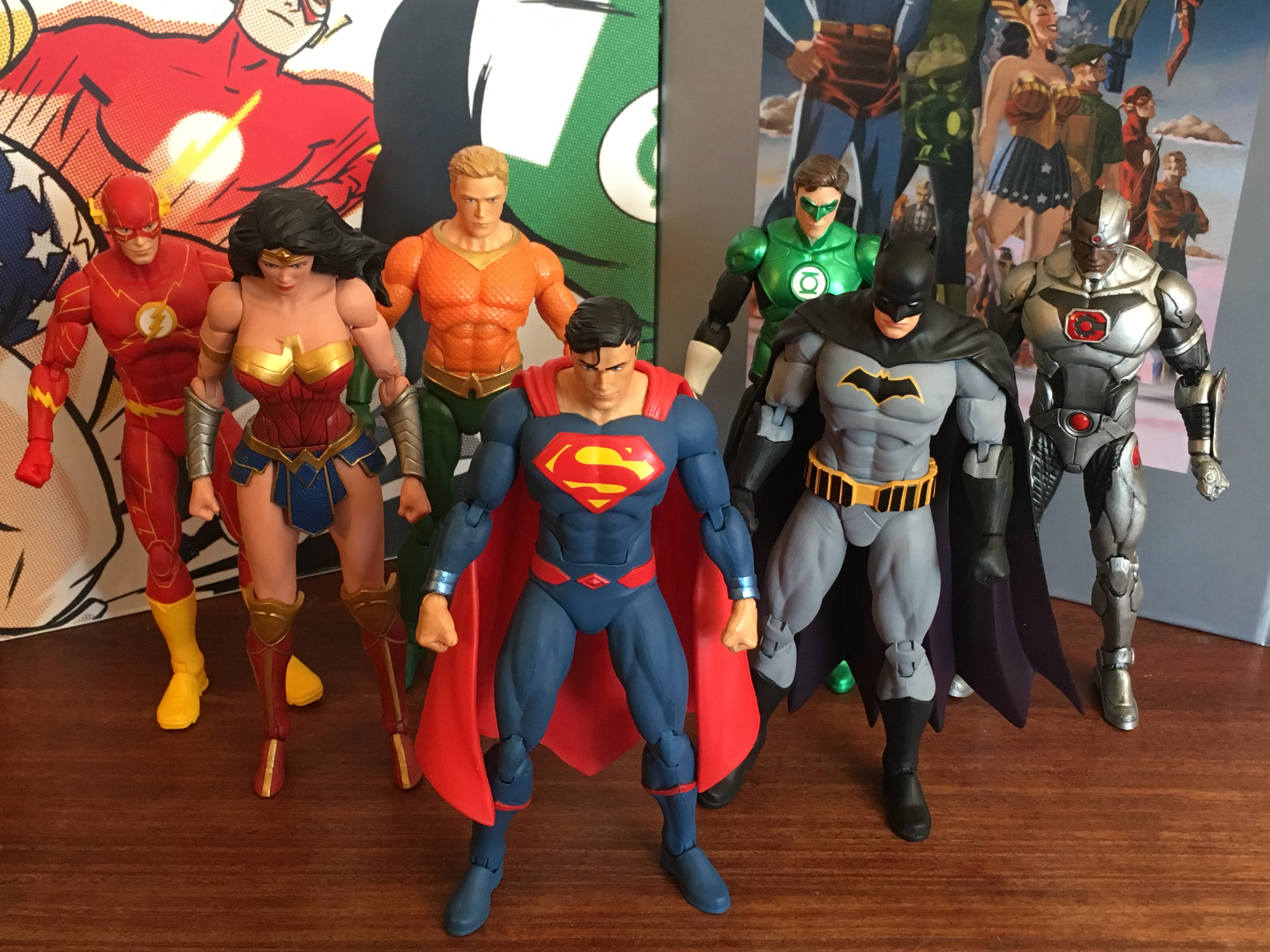 The modern state of comics presents a challenge for merchandisers that wasn’t prevalent a generation ago: Namely, keeping up with the shifting styles of characters who once were notable for their consistency.

Once Batman’s design solidified in the early ’40s, for example, his costume remained unchanged for more than 20 years. In 1964, DC added a yellow oval around the black bat on his chest, made some other tweaks and again let things be for decades. Merch deals came and went but Batman remained the same and he was portrayed consistently from action figure to Slurpee cup to poster.

It’s totally different today. Companies like DC and Marvel routinely shift and shuffle. That doesn’t make things simple when your job is to produce action figures — even if you’re an in-house manufacturer.

So after several years and dozens of New 52 action figures, DC Collectibles has gone back to base, in a fashion, with its first wave of Rebirth figures — a Justice League 7-pack that also fits into the company’s catch-all Icons line. 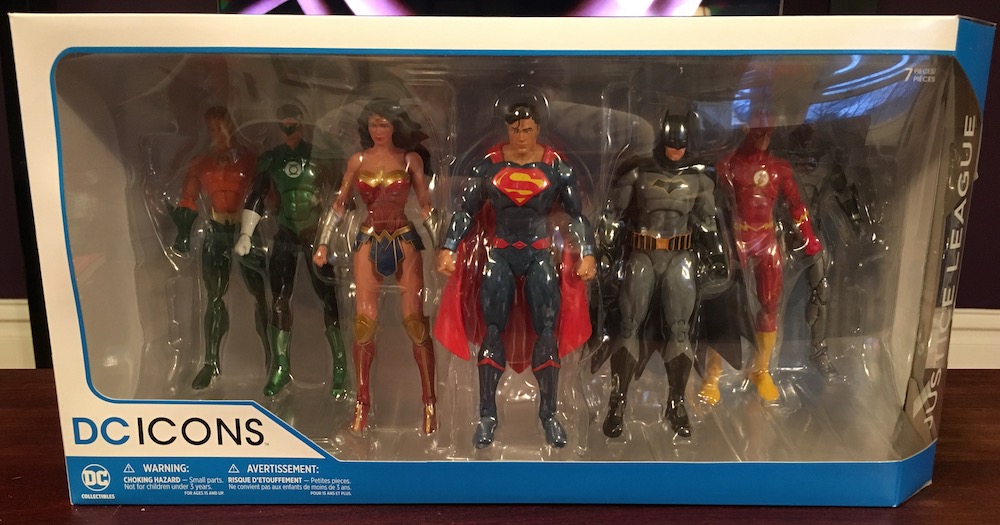 And the reason it’s worth it is because A) the highly articulated Icons line is an overall improvement from DC’s basic New 52 output and B) the Rebirth designs are on the whole superior to the New 52 costumes. (That’s not to say that the older figures are substandard. Hardly. It’s just that these are more durable and poseable.)

There are at least three more Rebirth figures coming: Supergirl and a Super Sons two-pack featuring Robin and Superboy were shown off at Toy Fair. I imagine we’ll see more down the road.

But DC is starting, as it should, with the Justice League. Here’s a look at each:

One of the prime reasons to get this set is also a prime indicator of the difficulties of keeping current. This design, while better than the New 52 armored look, is already going to be out of date next month when Superman debuts another costume that looks even more like his classic outfit. Still, this figure looks terrific, with the Icons line’s hallmark poseability. 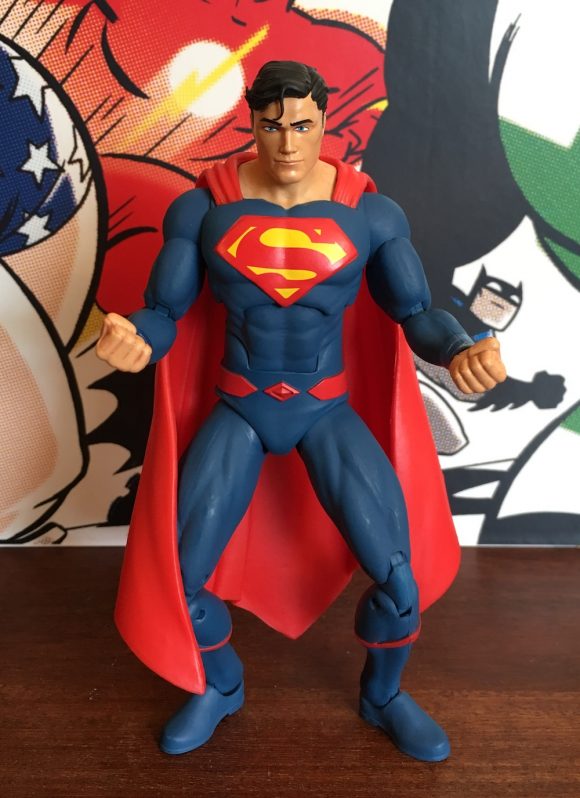 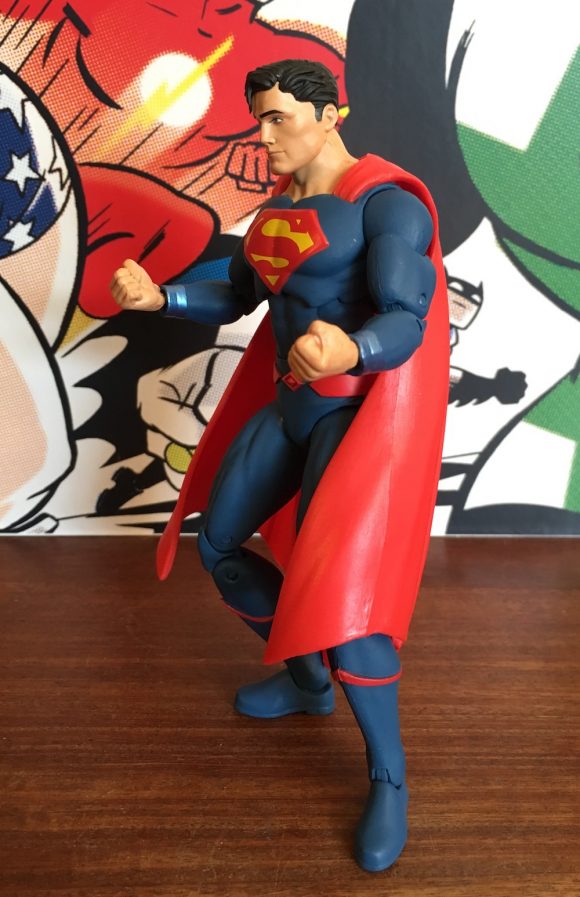 Maybe I’m biased but this is the best of the set. This is a great Batman design to begin with and in person the figure looks even better than the prototype images we’ve seen. Excellent detailing with the black-and-yellow belt. Outstanding head sculpt. 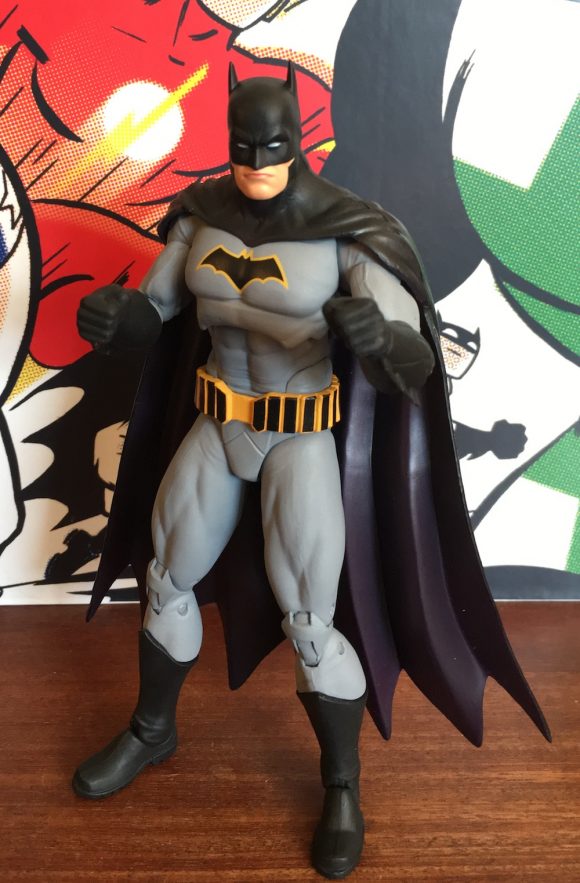 Always tough to sculpt a woman’s figure with high articulation but DC Collectibles pulls it off here. Very strong detailing on the costume and tiara. It’s worth noting, though, that these figures are pretty no-frills. Unlike the others in the Icons line, there are no accessories or interchangeable hands here. Wonder Woman’s missing her golden lasso and I’d argue that that’s a necessity. 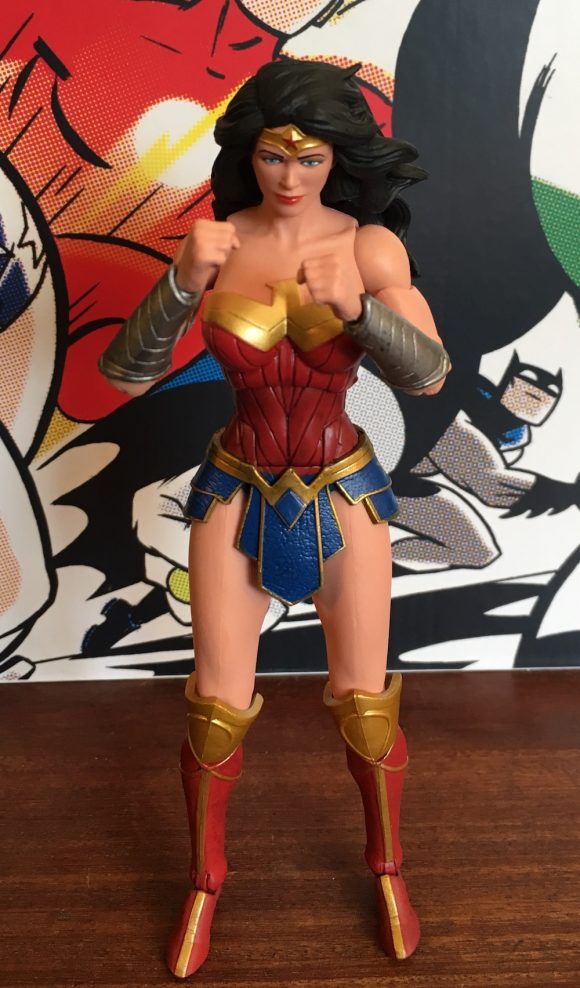 Solid figure. Not much has changed with the Flash’s look lately. I wish the “Speed Force lines” were underplayed. Carmine Infantino’s original Silver Age design was brilliantly simple and the modern reliance on throwing lighting all over it takes away from it. Still, I like being able to make this Flash (and the earlier one in the Icons line) “run.” 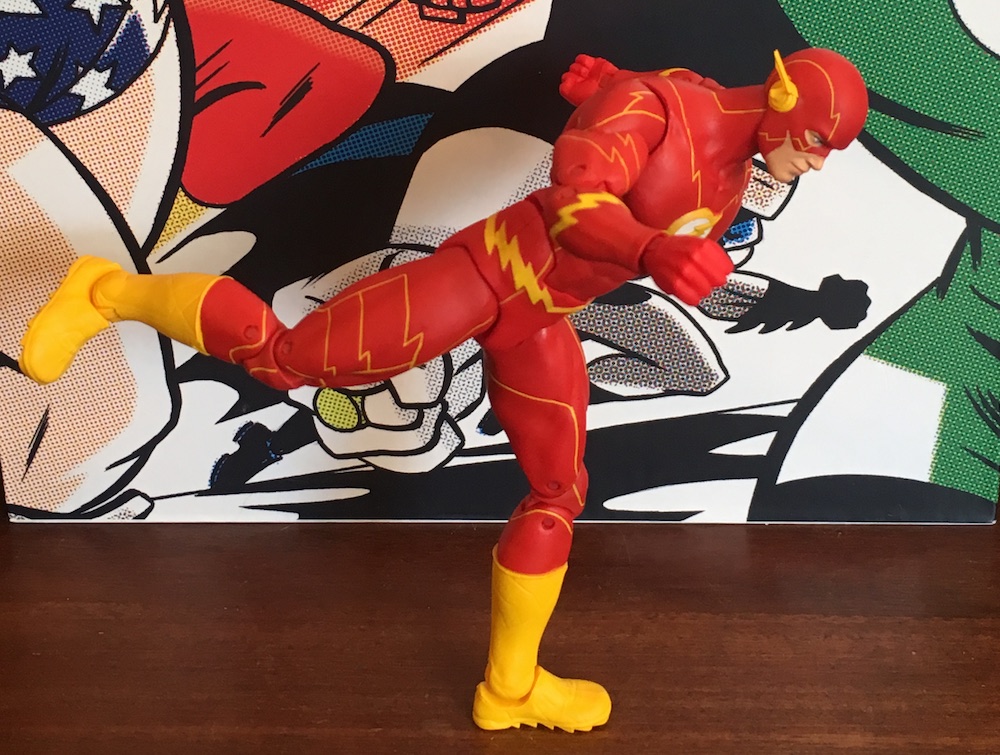 Another figure that looks better in person than prototype. Still, I would like to see GL’s costume return to this. 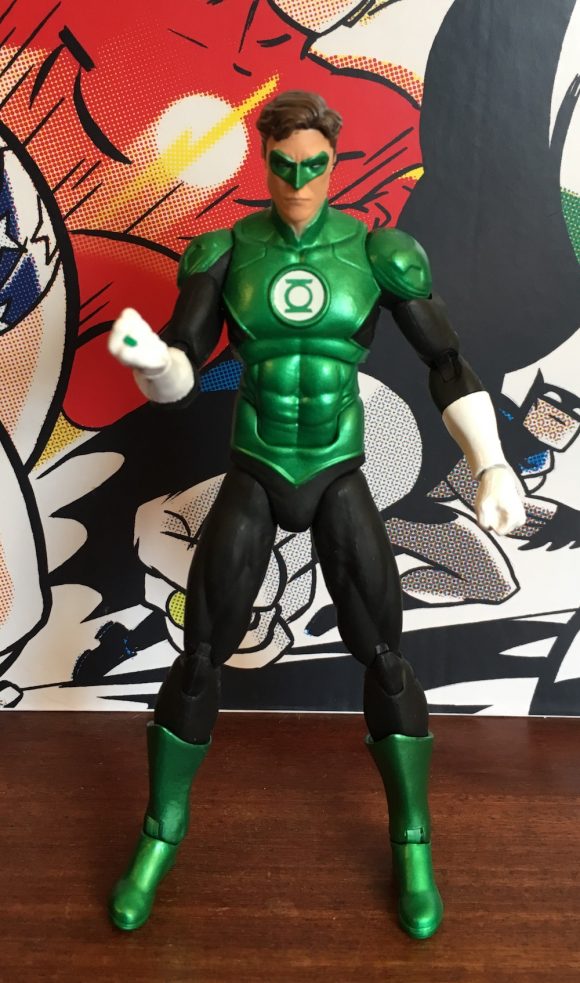 Good figure. Great detailing on the gloves and chest. I miss the trident, but that’s cool. It’s not like I don’t have others. I actually preferred the New 52 design to this one but the figure itself is on point. I grew up on George Perez’s original design and never warmed to the versions where Vic looks more like a hulking machine than a man with intergrated cybernetics. The more recent, streamlined concept is well captured in this sleek figure, rounding out a solid 7-pack. The Justice League 7-pack will be available in comics shops in the coming weeks.