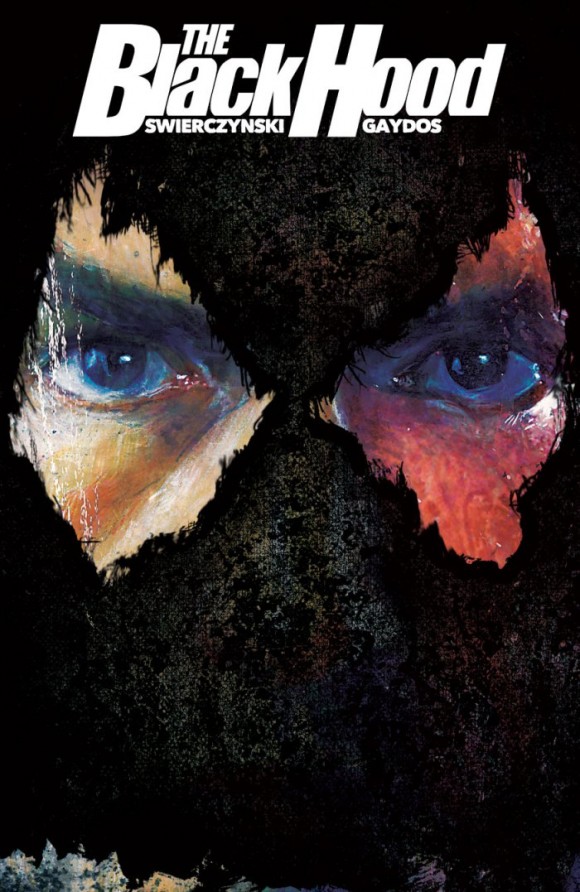 Taken on its merits, The Black Hood #1 is a good comic book.

The writing is crisp, the set-up concise, the art moody and by the end you know exactly what you have stepped into — an ugly world centered around a morally ambiguous protagonist.

Thing is, as much as you’d want to, The Black Hood #1 is not a comic book that you can take on its own terms — it’s the first book to be released under Archie Comics‘ brand-new imprint, Dark Circle Comics, the company’s latest move to position itself firmly in the adult comic-buying mainstream.

This is a comic rendered by a team of pros — novelist/comics writer Duane Swierczynski and artist Michael Gaydos at the forefront — dealing with mature themes in a mature way. There’s violence, drug addiction and a heavy dose of jaded skepticism. In other words, subject matter you see in your typical deconstructionist comic.

The premise is pretty standard: Handsome cop is shot in the face, scarred terribly, one thing leads to another and he finds himself wearing a black hood. Classic, street-level vigilante comics. (Maybe it’s because I tend to see things through the prism of Gotham City, but there’s a helping of Harvey Dent in Officer Greg Hettinger.) 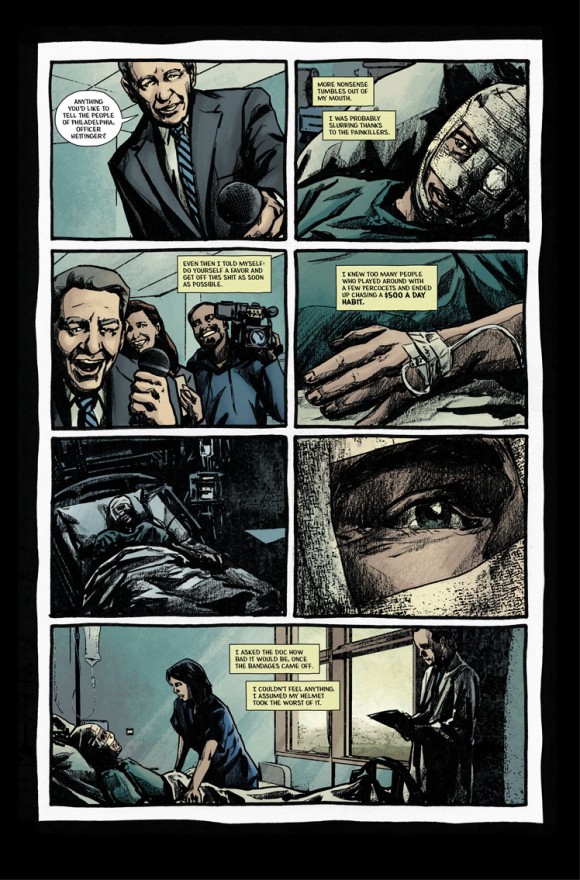 So even while it’s not the most original of stories, The Black Hood is done well and done succinctly. Swierczynski gets right into it with a minimum of decompression. There’s very little wasted time or space and everything written on the page and conveyed in Gaydos‘ atmospheric art is done in the service of this Philadelphia story.

Archie as a company needs readers to buy into the notion that Dark Circle is playing for keeps for the imprint to succeed where its predecessor, Red Circle, failed. With the exception of The Fox, by Dean Haspiel and Mark Waid, whose success along with the smash-hit Afterlife With Archie emboldened the company to take risks, recent Red Circle revivals have crumbled — even when DC had the characters for a spell. 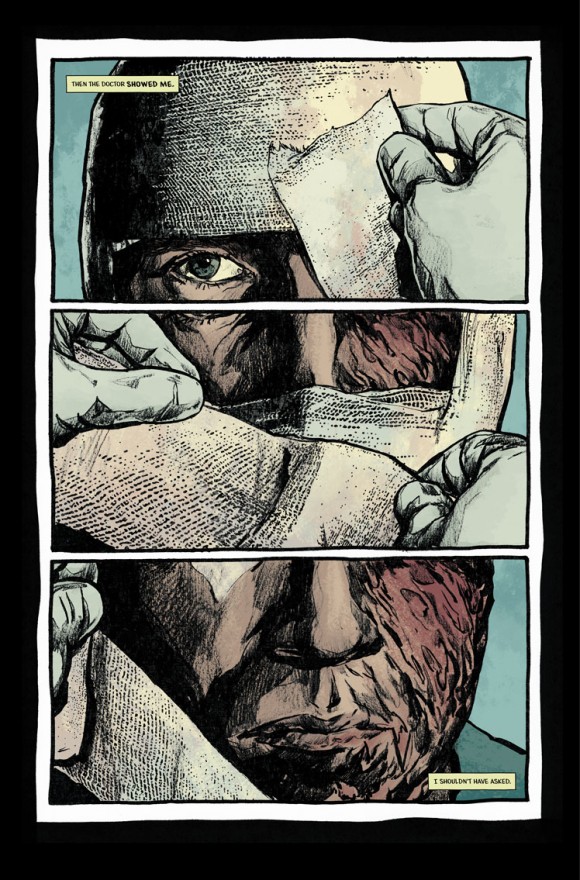 It’s because there was the sense of holding back, of not being sure how far to go or, really, what to do with a stable of characters that goes back to the Golden Age. Hell, Black Hood‘s roots reach all the way back to 1940 — the same year we got Robin the Boy Wonder, and a year before we got Captain America. 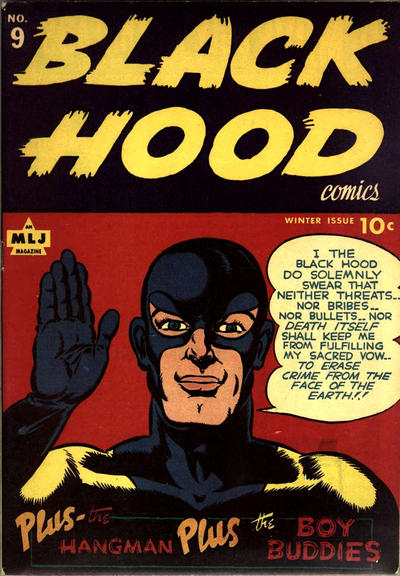 Readers just never warmed to the world of the Mighty Crusaders.

By the fifth F-bomb in The Black Hood #1, you understand Dark Circle is going where no Archie has gone before. (I have a mouth like a sailor but I was jarred by the first one because of the context in which I was reading the book. As they kept coming, I thought to myself, “OK, guys, take it easy, I get the message.”) 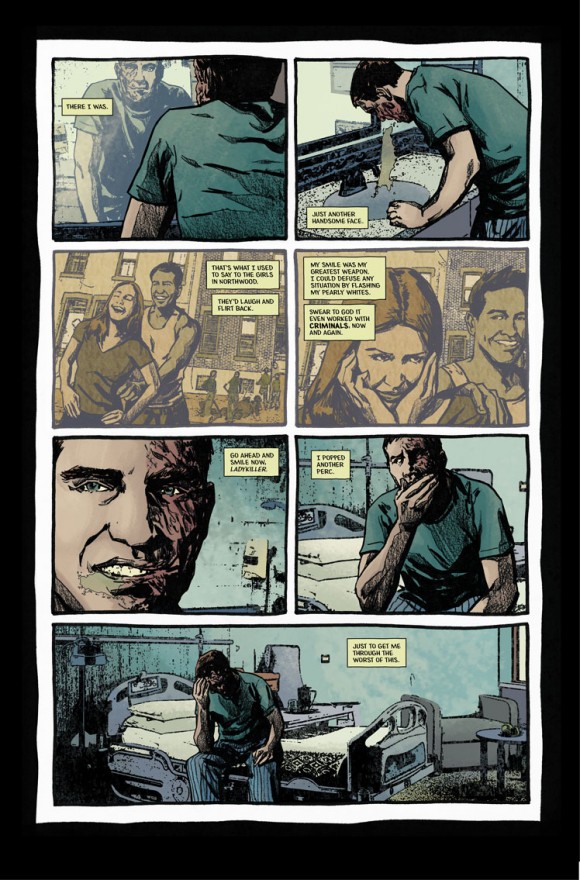 It’s impossible to weigh an entire venture like this by its first comic. We still have The Shield coming in April, as well as the next adventure of The Fox in March, which judging by its promo in this issue will get more violent the second time around. And then there’s Issue #2, and #3, and #4, and so on. This is a long game.

But if The Black Hood #1 is any indication, Archie’s gamble is going to pay off. 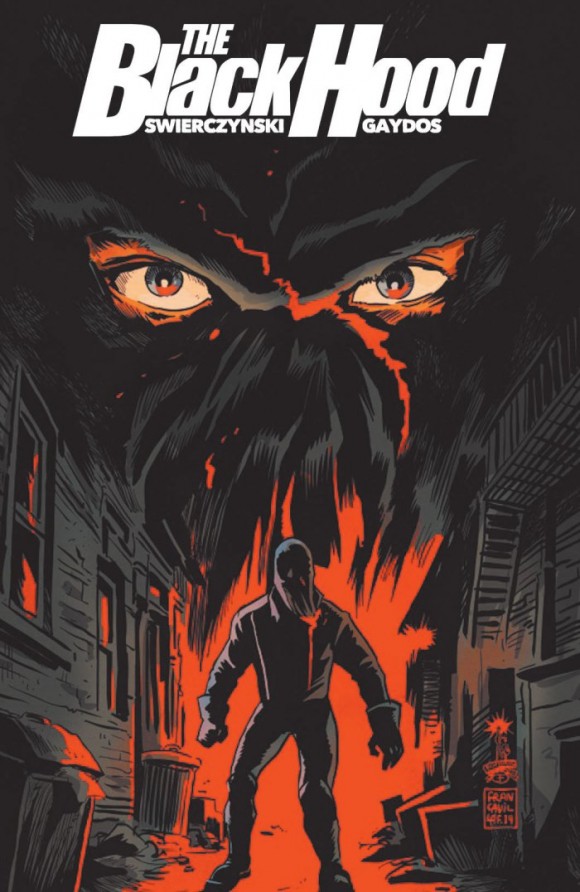 Francesco Francavilla variant, one of many alternate covers.