MERCH MADNESS: Future Batman is ready to bash some Mutants …

One of my favorite events here at 13th Dimension over the last few months was Dark Knight Week, when we explored the rich legacy of Frank Miller’s magnum opus, now celebrating its 30th anniversary. Artists and writers weighed in on their own favorite aspects of this masterpiece, as well as how it influenced them. (Click here to read what Dave Gibbons has to say, for example.)

Meanwhile, DC has been in full-throttle Dark Knight mode not just because the book is celebrating its 30th anniversary but because of its obvious parallels to the forthcoming Batman v. Superman. 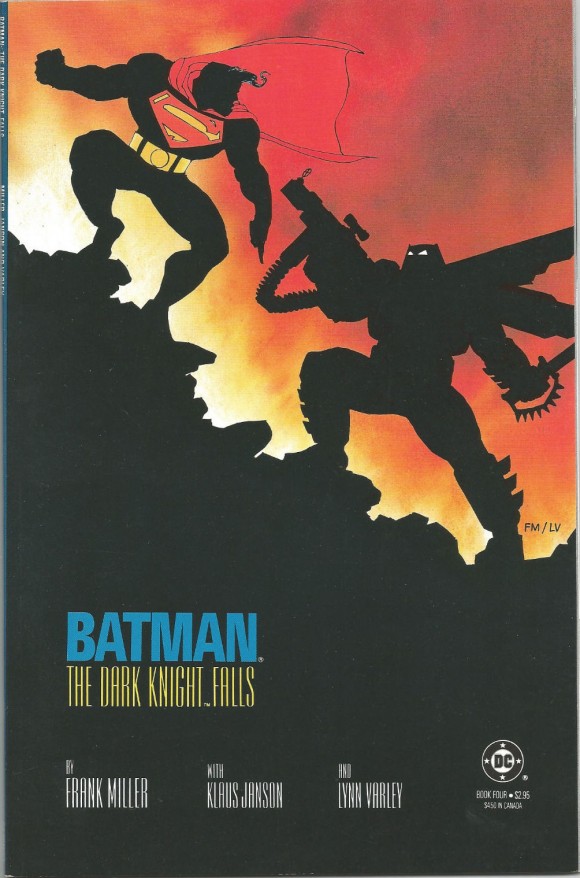 So DC sent over this special gift box, highlighting the impact of the Miller/Klaus Janson/Lynn Varley classic. The box isn’t available at retail (sorry) but just about everything included can be found with a few clicks of your mouse. 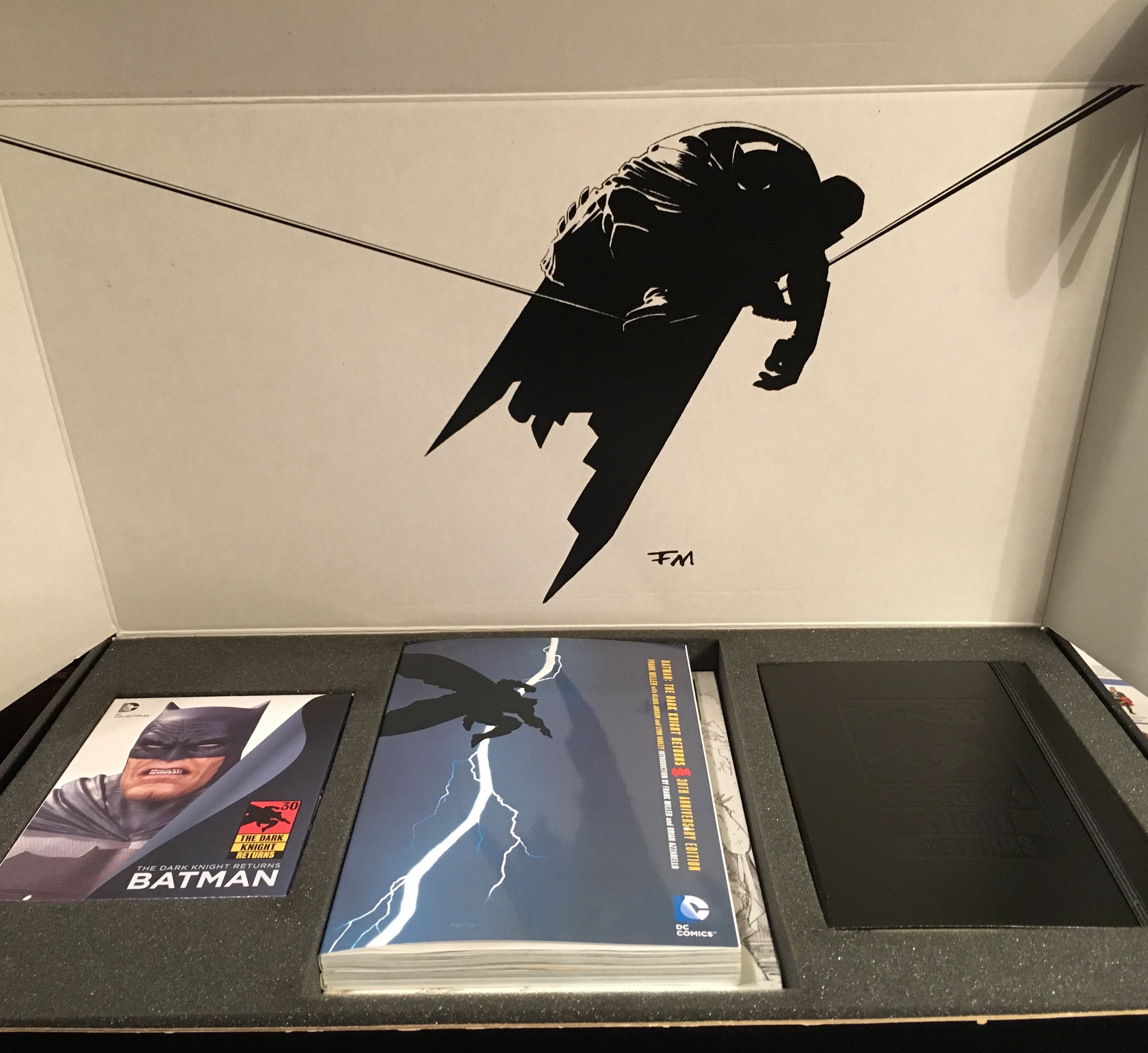 There’s a new paperback edition of DKR and the existing paperback of The Dark Knight Strikes Again. There are also two hardcovers of the new Dark Knight III. These are the books that repackage the new issues a couple of weeks after they’re first released. I really like these — and that they’ll form a boxed set when the eight issues are complete. 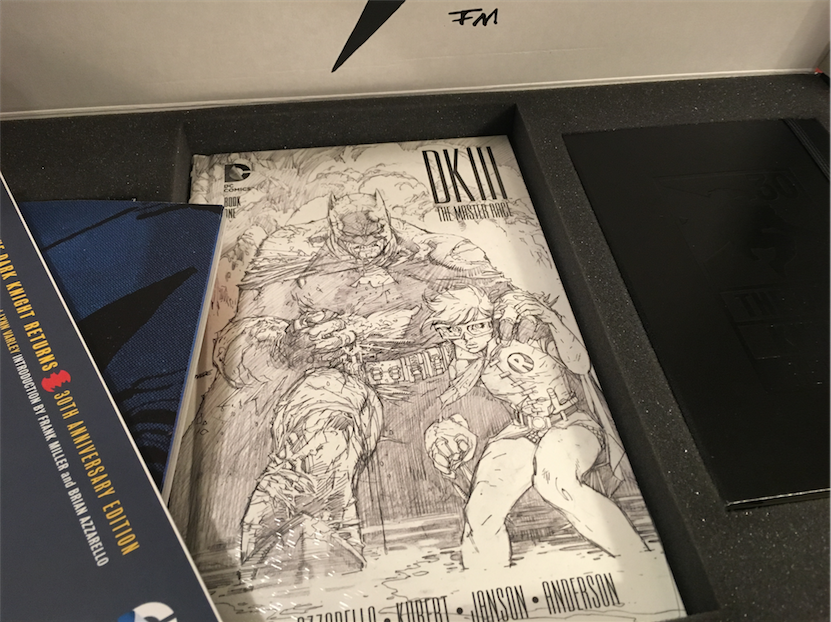 Also included is a ruled journal stamped with a 30th anniversary logo. 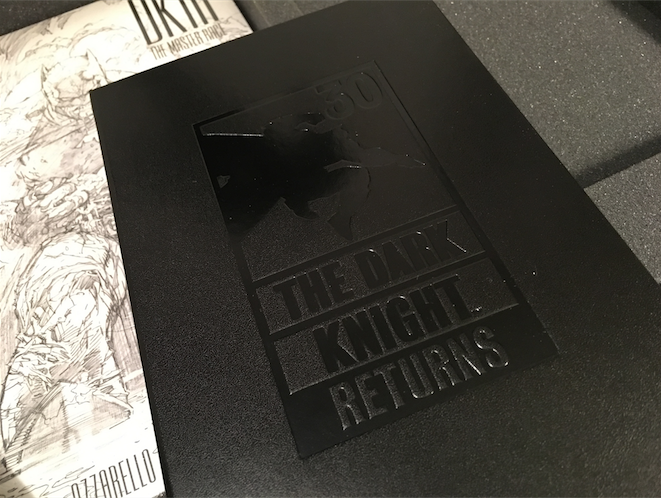 But the highlight is this Dark Knight minibust from DC Collectibles, which is about 5 inches tall but heavy and solid enough to whack any Mutants that get out of line. 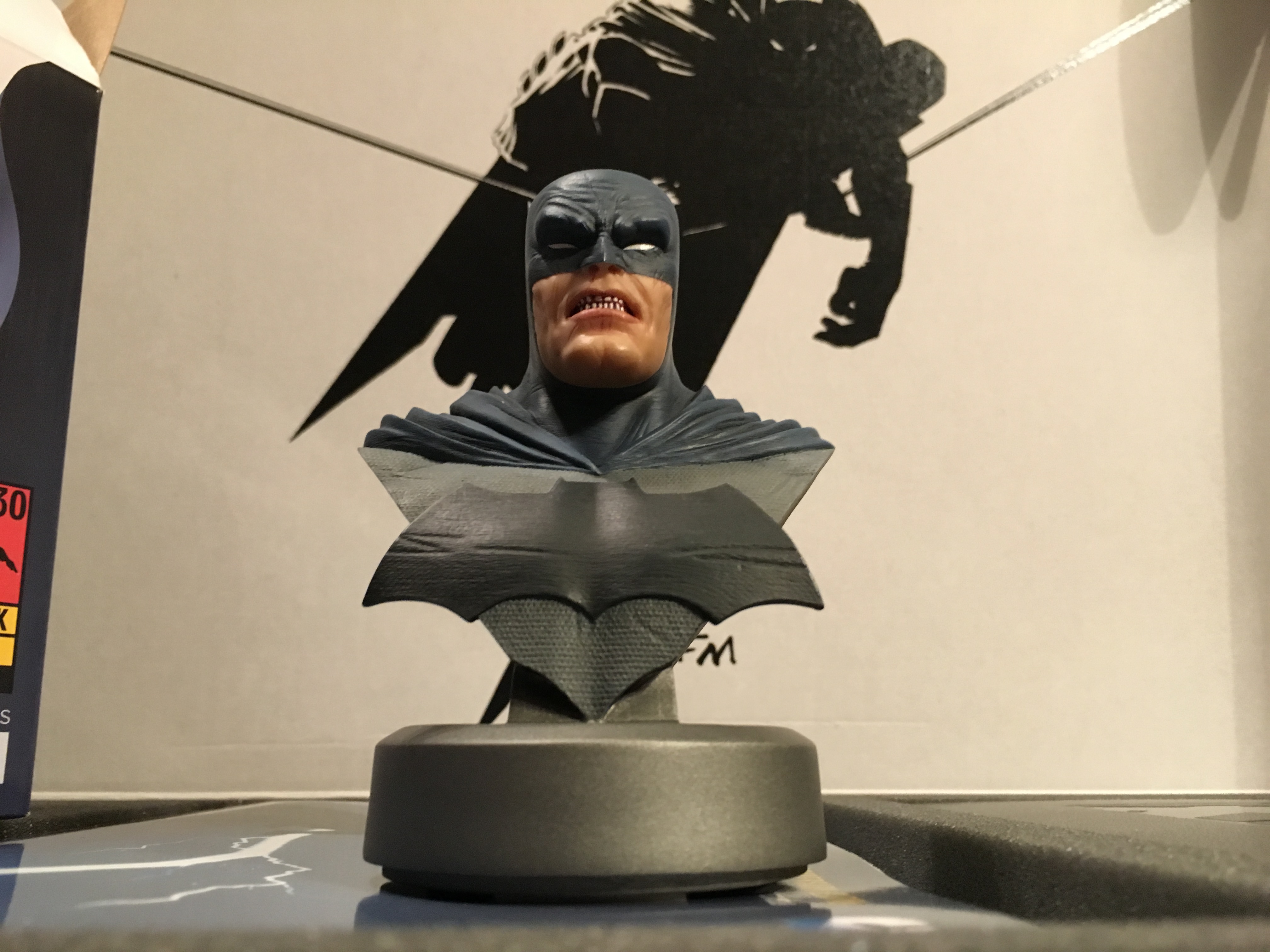 The chest gives Batman’s outfit a sort of weaved texture that kind of echoes his BvS costume and the back includes the same 30th anniversary stamp that DC’s using. 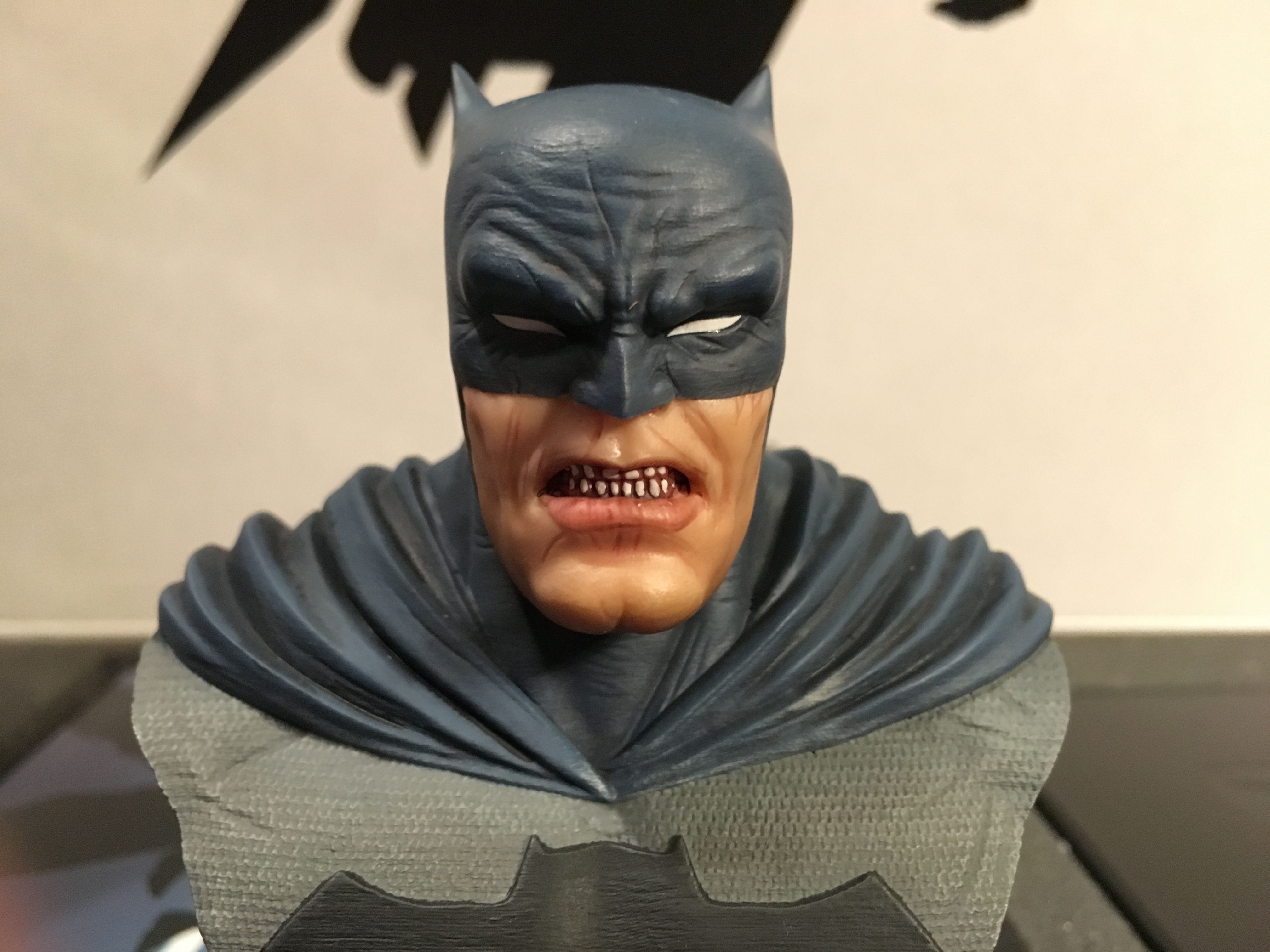 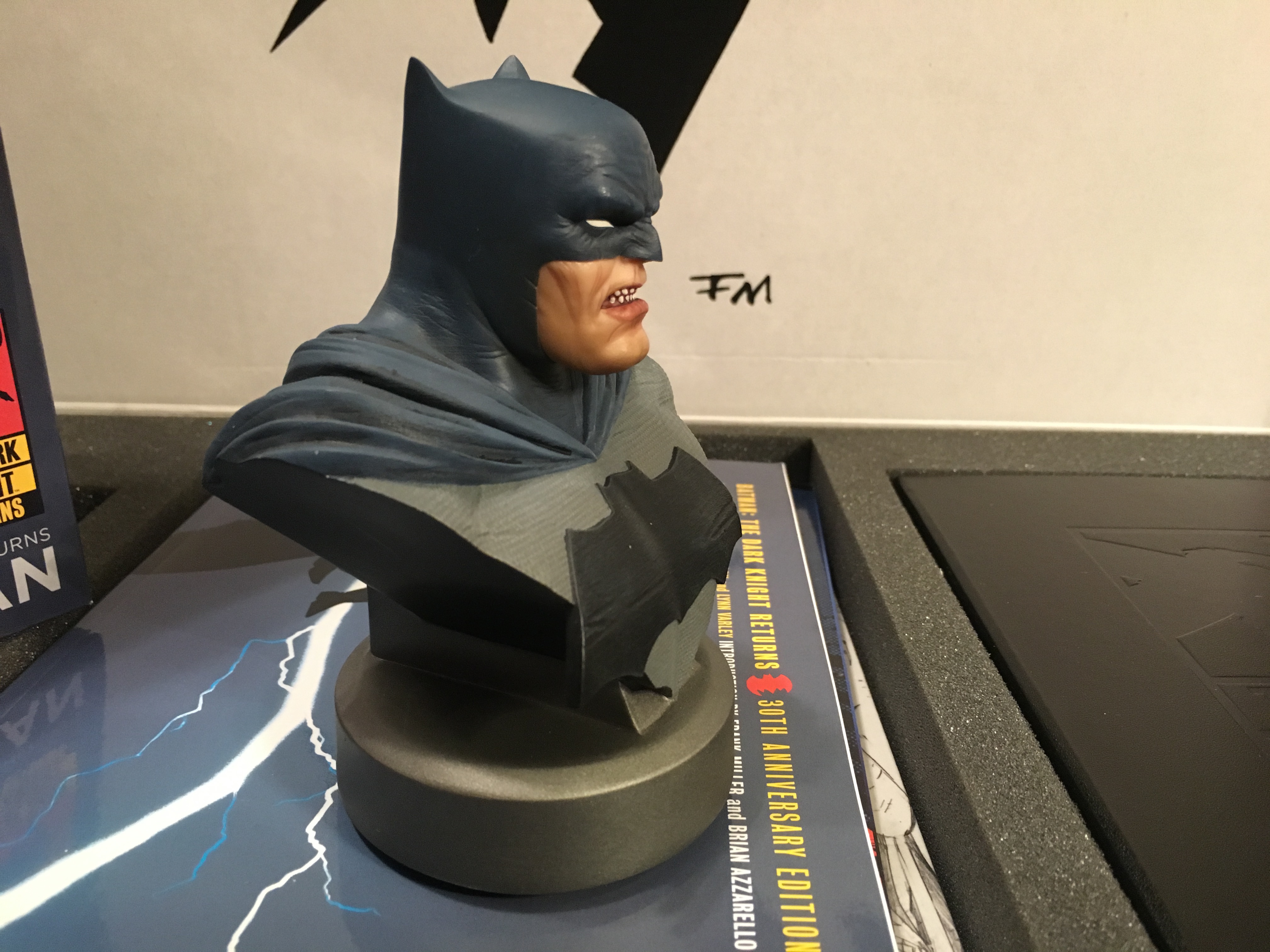 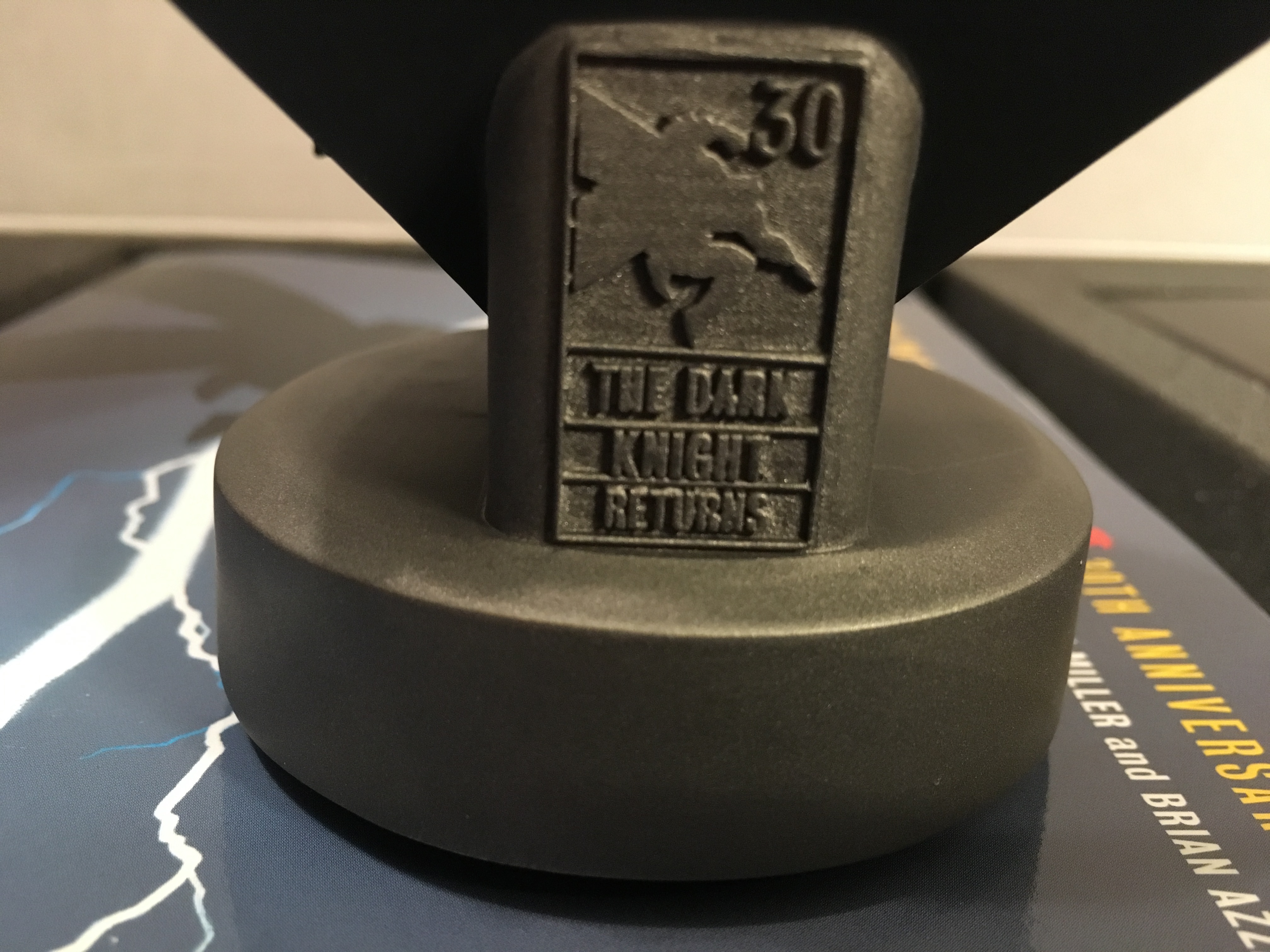 The facial sculpt is an excellent likeness of Miller’s boxy, grimacing Dark Knight. He reminds me especially of how he looks on the cover of

It’s worth it to bring a little edgy darkness to your shelf. 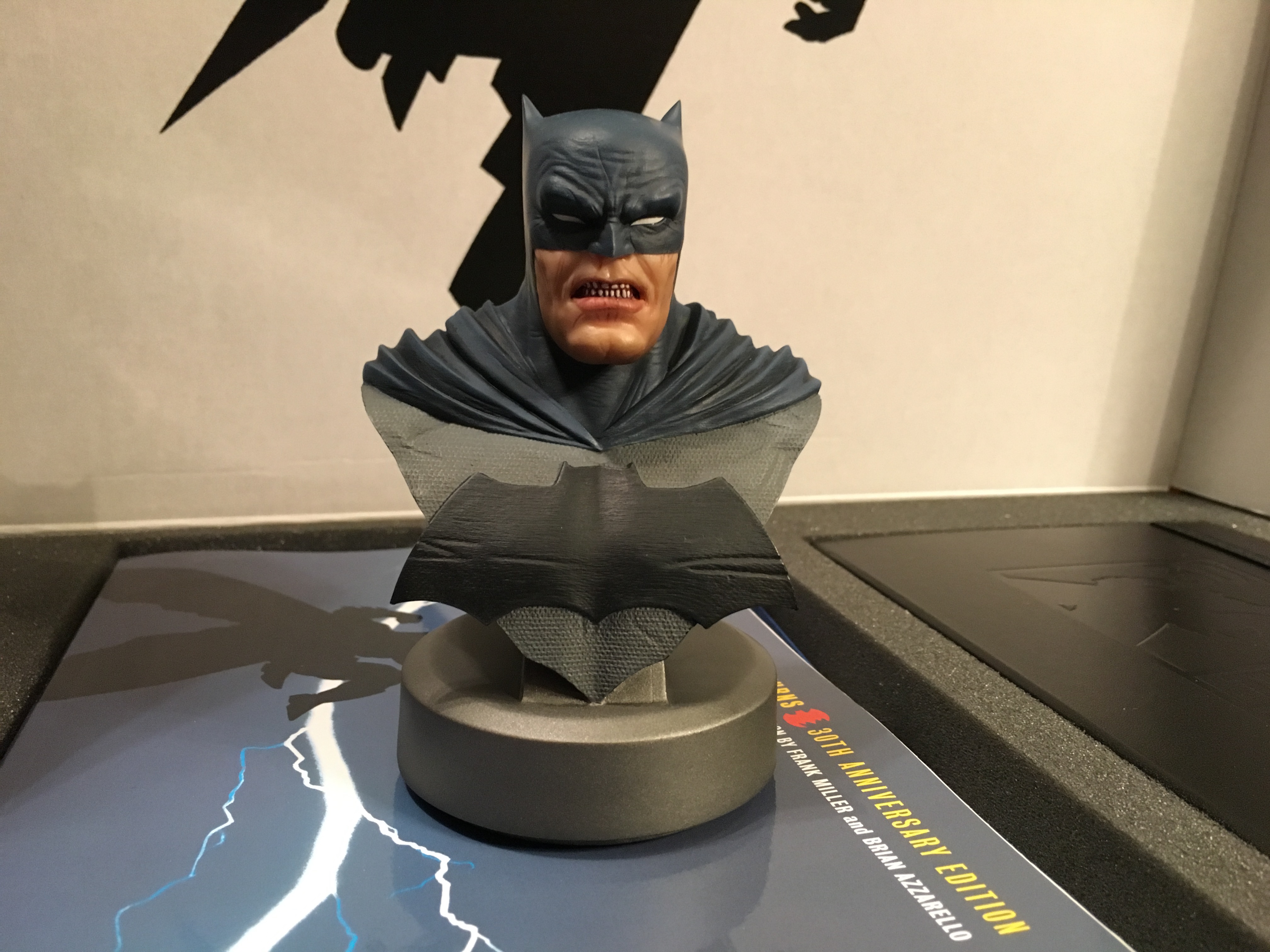