A Walk Down the Darkest Street with ALEX SEGURA

From Dark Circle to the Darkest Street… 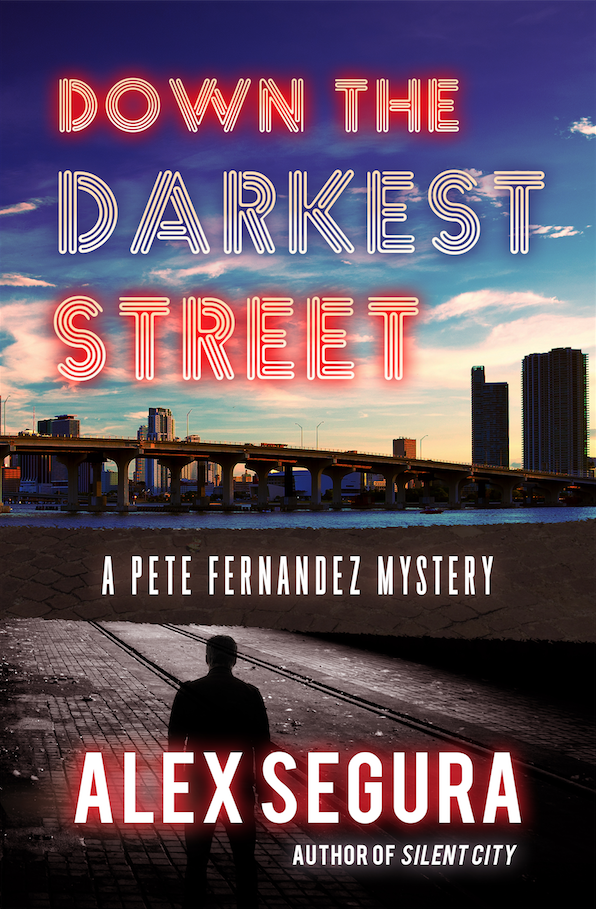 Alex Segura was one of the first professionals I met in comics. He’s an affable guy who digs comics, writing and music — and not necessarily in that order.

Alex is a busy guy. I’m a busy guy. But we made a point of reconnecting now that his latest Pete Fernandez book is here. 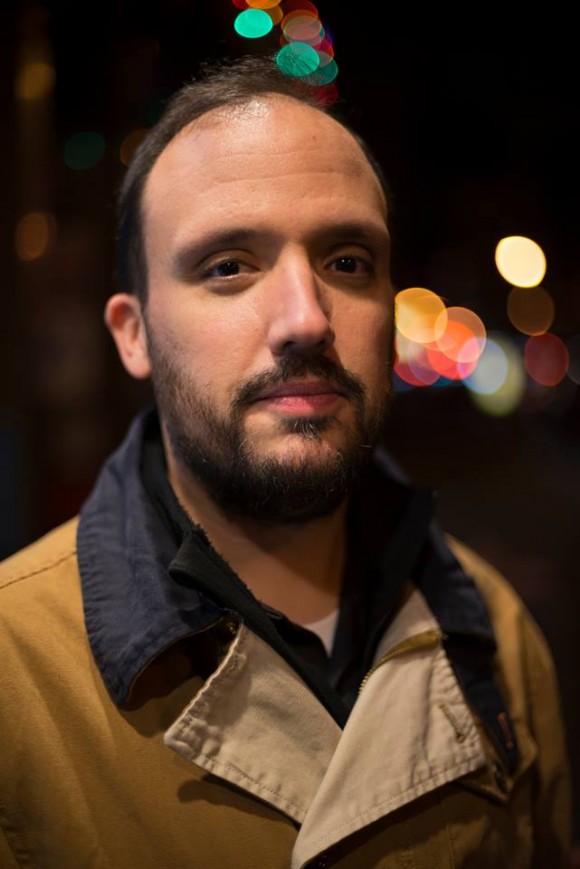 Dan Greenfield: So to bring our readers up to speed, what’s the Secret Origin of the Pete Fernandez series?

Alex Segura: Pete was percolating for a long time, but I first put pen to paper around 2006. I’d just moved to New York to work for DC Comics and I’d just finished reading a handful of books that would have a huge, lasting influence on me: A Firing Offense by George Pelecanos; Darkness, Take My Hand by Dennis Lehane; Baltimore Blues by Laura Lippman; and White Jazz by James Ellroy.

Each book not only screamed place — with cities like Baltimore, DC, Boston and LA as vibrant as any of the book’s characters — but they all featured extremely flawed and human protagonists. They felt real, and not nearly as polished as some of the earlier private-eye fiction I’d started on, like Chandler or Hammett.
It got me to thinking about writing my own, and feeling a little homesick, I knew I’d want to set it in Miami, where I was born and raised. Soon after that, Pete kind of appeared in my head. I hesitate to say “fully formed,” because he did evolve from there, but the basics were apparent. He was someone I could relate to — Cuban-American, around my age, similar upbringing. The kind of guy I could have gone to high school with or college and lost touch as we got older.

So with all that rolling around in my head, I started writing a short story, and that evolved into a novel. By 2010, four years later, I had a functional draft. Three years later, the first edition of Silent City came out from Codorus. Here we are, 10 years later, and Polis Books has reissued it, with the sequel, Down the Darkest Street. 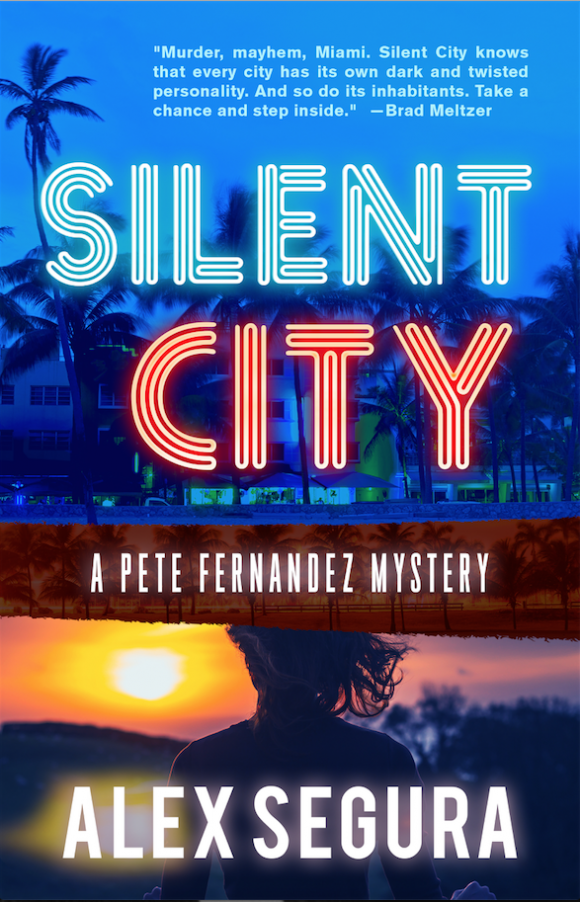 Dan: What should readers expect in the second book?

Alex: Don’t expect things to get better. Without spoiling anything, Silent City ends with some glimmer of hope for Pete. You’re left to think that maybe, just maybe, he’ll get his shit together. From Page 1 of Down the Darkest Street, you learn that things have gotten much worse. And it spirals from there. Pete has to pull himself up out of the gutter and deal with his own demons as he comes to realize a real monster — a serial murderer with a disturbing idol and creepier methods — starts killing people around Miami. Can he get back on his feet and figure it out in time to save some lives? Let’s hope so.

Dan: What’s the timing for the third book?

Dan: My recollection was this was planned as a trilogy. That still the case, or are you now looking at a more open-ended approach?

Alex: I’d started out thinking Pete would be a three-book story, but as I finished the first draft of Dangerous Ends, I discovered I had more stories to tell — and I really wanted to explore certain aspects of Pete that would take a bit more time. So, I think we have at least one or two more after Dangerous Ends, if all goes according to plan.

Dan: You spend your days as a PR guy and a comics editor. You’re also a new Dad (congrats!). When do you find it’s best to write?

Alex: Whenever there’s time! I don’t really make the act of writing into something ceremonial. If I did, I’d never get anything done. It’s all about found time — a few minutes before work, an hour before dinner, a few words while the baby is napping.

I’m still getting into the swing of the Dad thing (spoiler: it’s awesome), but before that, it was all about using those tiny pockets of free time to push things forward. I don’t have time for writer’s block. Maybe that’s my journalism and PR background. When you’re on deadline and the writing has to get done, no one cares how you’re feeling or if the lamp on your writing desk is shining on your page the right way. The work has to happen. That helps motivate me a lot.

I also think that you have to get the bad stuff out to get to the good stuff. I have great writing days and I have ones that leave me wondering if this is really for me. But that’s normal. And I’d have much fewer good days if I didn’t power through the bad ones. It’s practice. If you think you’re first draft is going to go directly to the printer and hit stands, you’ve lost your mind. 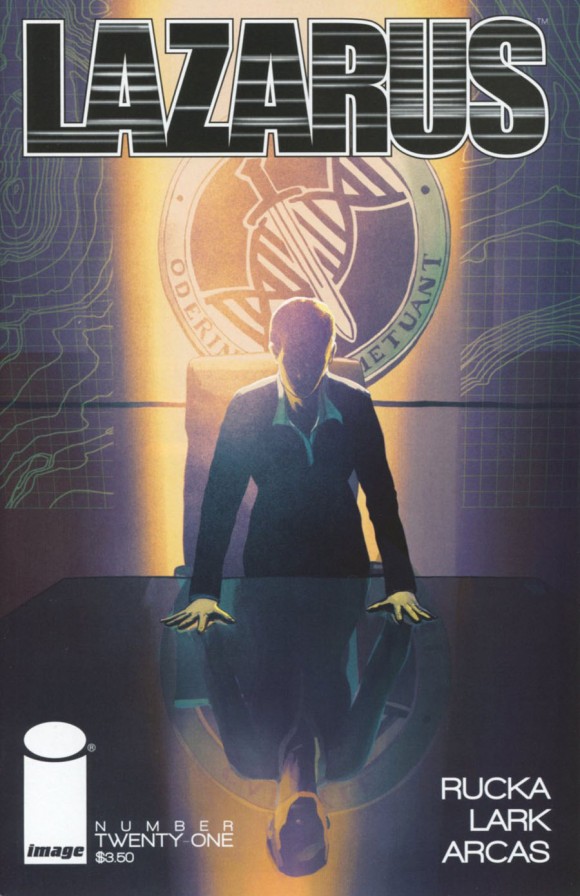 Dan: I find that by spending so much time writing, I have less and less time to read, which is kind of ironic. What about you? What are you squeezing in these days?

Alex: Finding reading time is tough, but to write well you have to read — they’re not mutually exclusive. Thankfully, it’s a hobby I try to make as much time for as I can. Tougher now being a dad and juggling everything, for sure.

In terms of comics, I’ll read anything Brubaker and Phillips do. I love Lazarus by Rucka and Lark and Black Magick by Rucka and Scott. Other books that I read regularly: Bitch Planet, Sex Criminals, Stray Bullets, Survivor’s Club, Harrow County, Saga, Soule and Garney’s Daredevil, Snyder/Capullo Batman, Love and Rockets, Southern Bastards, Velvet, Drifter, Stumptown, The Bunker, Paper Girls, Revival, Rocket Girl, Snow Blind, Wytches … that’s the current stuff, not counting great Archie books like Archie, Jughead, Sabrina and Afterlife With Archie (and all the Dark Circle stuff, but I’m particularly biased with those). Seems like a lot when I list it all! 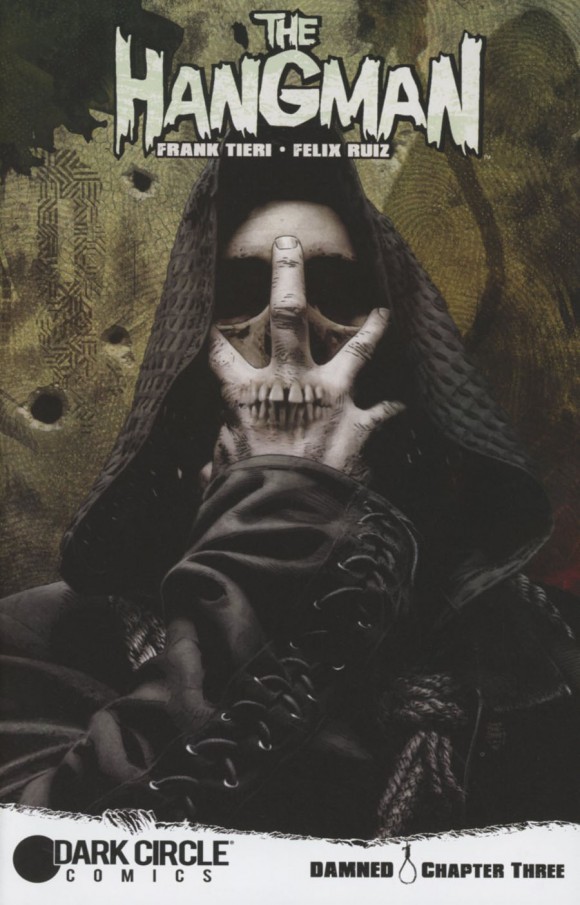 I’ve also been re-reading Sandman Mystery Theater and Nexus. I’m looking forward to The Fix from Nick Spencer and Steve Lieber, Moon Knight by Lemire and Smallwood, Green Lanterns by Sam Humphries and a bunch of other ones that I’m blanking on at the moment.

In terms of novels, I’ve enjoyed The Passenger by Lisa Lutz — a pretty haunting and fast-paced mystery about a woman trying to escape her past. I read The Run of His Life, the book the FX O.J. Simpson show is based on and found it to be really informative and engaging. Dark Heart, a true crime book set in New Hampshire by the Crime Writers On podcast team of Kevin Flynn and Rebecca Lavoie was particularly good — just sad I read it so quickly.

Speaking of true crime — two books I read over the last few months that still creep me out: Jeff Guinn’s Manson bio and The Good Nurse by Charles Graeber. Pick those up if you want to cut down on sleep.

Down the Darkest Street is available now from Polis Books.