A Talk With LAURA HOWELL, the New Artist on Boom’s REGULAR SHOW

The tie-in to the popular show gets a new artist 11/4.

Wanna see a preview of Issue #29 by new artist Laura Howell and writer Mad Rupert? You do. So click here.

Wanna know more about new artist Laura Howell? You do. So read on! 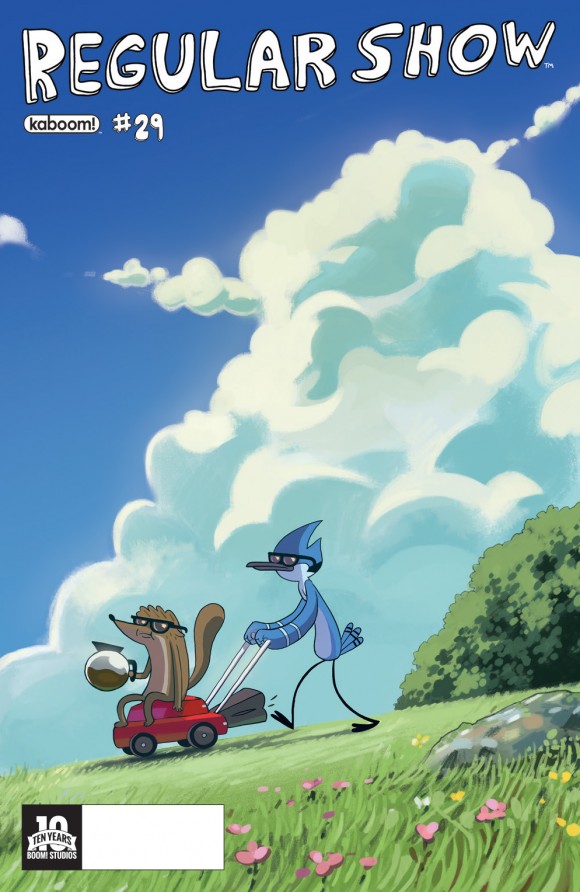 Laura Howell: I can’t tell you that, it’s a secret — duh. Let’s just say I’m a mild-mannered nerd from the UK who draws comics for a living and never gets changed in phone booths.

Dan: How did you land this gig?

Laura: Oh man, that’s a super-exciting story! Having already done a handful of Uncle Grandpa shorts for Boom!, I wanted to pitch a backup story for the Regular Show comic. The editor said they were looking for a new lead artist and asked me to send in some sample pages. I did, and I got the job. Actually, that’s a really mundane story—in hindsight, I probably should have embellished it with some zombies and a car chase. I’m very sorry.

Dan: How far back do you go with Regular Show?

Laura: I didn’t see RS until it was already in its fourth season, so I was quite late to the party. I’d been a big fan of the original new wave of Cartoon Network shows in the ’90s (Dexter’s Laboratory, Powerpuff Girls, etc.), but lost touch with it during the 2000s. When I started watching CN again in 2013, it was great to have that enthusiasm reignited. I love things that blend slice-of-life with unexpected absurd mayhem, so Regular Show became an instant favorite.

Dan: As a spinoff, Regular Show has a very specific style that emulates the cartoon. As an artist, how do you sublimate your own style in service to that?

Laura: I’ve always found it pretty easy to mimic other art styles, so it’s not a big deal for me. Strange as it sounds, I sometimes find it harder to pin down what my own style is. It changes depending on what I’m into at the time. 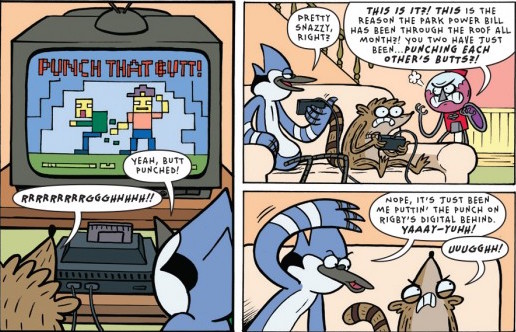 Dan: As you wait for the first issue to be released, what’s on your mind?

Laura: Excited, obviously, and hopeful that the readers will enjoy it. Mad’s an established writer on the series so everyone already knows her scripts are hilarious. If my art can do them justice in the funny stakes, I’ll be happy.