With EXCLUSIVE Andrea Mutti art from Rebels #3 — out 6/10 from Dark Horse!

Yeah, yeah, Memorial Day wasn’t a thing until the Civil War. So what. If you want to pick up a comic that recognizes the sacrifices of the American soldier, Rebels — set during the Revolution — is for you. Here’s our G.D. Kennedy and writer Brian Wood to talk about it. (P.S. I’ll be talking with artist Andrea Mutti on Memorial Day proper — and we have a special reveal coming the day after that!) Also, if you want to check out a great look at the creation of Tula Lotay’s Rebels #1 cover — click here! 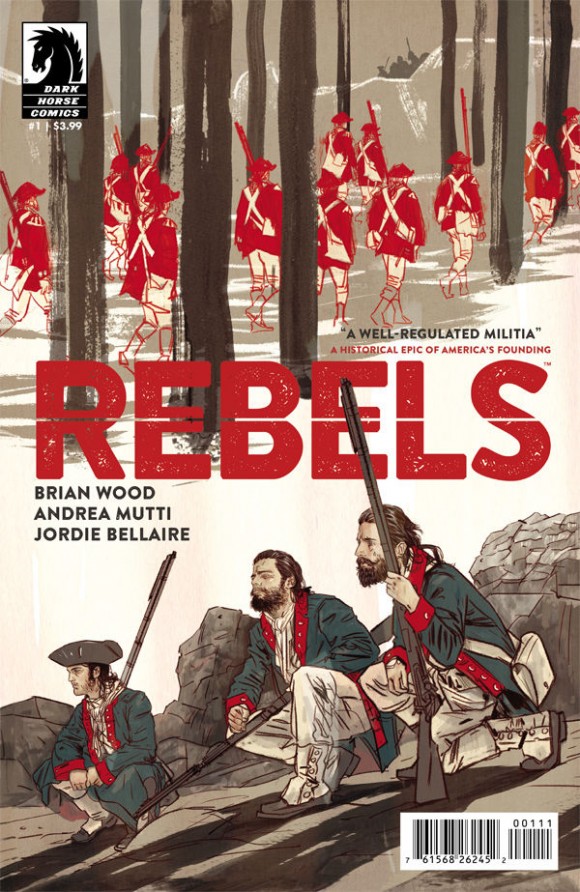 G.D. KENNEDY: Brian, thanks for taking the time to talk with us today about Rebels. Could you just give our readers a quick overview of Rebels in your own words?

Brian Wood: Rebels is the story of the American Revolution not through the eyes of the famous figures, but through more ordinary men and women who nevertheless played pivotal roles. We all learned the stories of the founding fathers, the major battles, and the folktales, but Rebels avoids all that and instead looks for fresh angles and uncommon points of view.

Why did you decide to tell the story in Rebels?

I’m personally invested in this history, it’s something I fell in love with at a young age, and I could appreciate the challenge of trying to write a comic book about it and try and get average comic-book fans interested in something that isn’t the typical sort of superhero or genre story.  When I did my first historical comics series, Northlanders, it was a similar sort of leap of faith, and I wanted to try it again.

What is it that drew you to the Green Mountain Boys?

Besides the fact they’re awesome? I had come across the phrase “America’s first militia” when reading about them, and thought that was amazing… amazingly relevant to know, very evocative, and ripe with potential. Why isn’t there a Hollywood blockbuster about these guys? I used to pretend I was one of them as a kid, and even to this day the Vermont National Guard goes by that title. Seemed like a no-brainer. 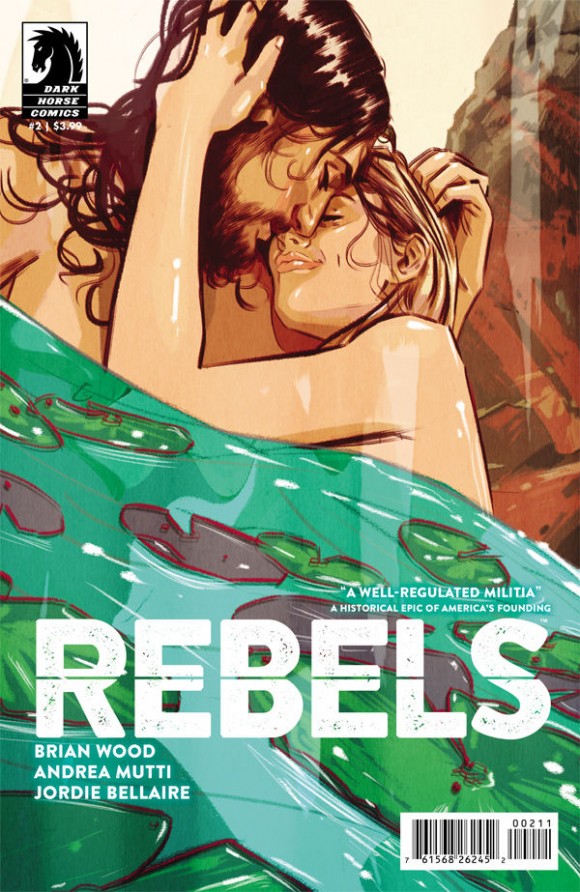 Seth Abbott, the lead in Rebels, is a fictional character, but he is immersed in historical figures and events. Could you talk a bit about who Seth Abbott is – for instance, was he based on any single person or an amalgamation of people – and the ultimate decision to rely on a fictional lead rather than a historical person?

I was always going to use fictional characters for the main cast, and Seth is sort of an everyman type of character, what I imagine was a typical sort of youth in that time and place. I added in some of my own personal experiences into his day-to-day life, not enough where the term “autobiographical” could ever be used, but just a few details for some authenticity.

Seth starts off young and with a narrow world-view. The British and the Loyalists are trying to take their land, and the locals resist.  As he gets involved in that conflict, he becomes aware of the growing movement across all the colonies for independence, and he buys in, he becomes fully invested.

As I was reading the first three issues, I kept thinking about the song “The Night They Drove Old Dixie Down” by The Band, which is about a poor Southern farmer caught in the midst of the Civil War.  Rebels very much takes a similar bottom-up approach to the Revolutionary War and offers more of an anecdotal story than historical narrative. Why the focus on an individual’s experience? Did you consider other approaches for telling this story?

There will be multiple approaches. Rebels is what I sometimes see described as an “anthology series.” Seth‘s story is the first story in the series, but there will be more, starring different people, set in different places and at different times. The Boston Massacre. Saratoga. The Great Fire Of New York, and other events in the Southern states. The goal is, as more of these stories are told from diverse POVs, a fuller picture of the times is painted. Rebels will grow into a stronger series the longer it runs. 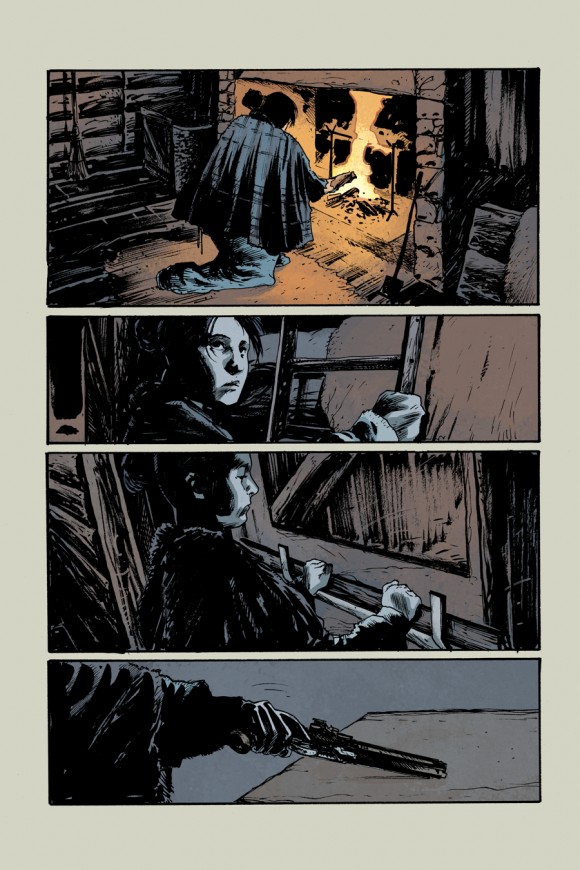 In reading the second and third issues, I found one of the most captivating scenes to be that of Mercy’s time on the Abbott homestead. Historical media often tend to downplay or overlook the role of women and the hardships that they endured, and this scene seemed an effort to address this. Will we see more of Mercy as the series goes on? What role does she take on throughout the series?

We do see more of her, and without giving too much away, her story is also an everywoman type of story, the war wife who stays at home while the men go off to fight. I’m trying to be very careful with that, because as much as I respect the literary “Ma Ingalls” type of figure, I didn’t want her to come off too passive or long-suffering. I didn’t want her life defined by her missing her man. So I wrote her more complex than how she might seem at the start, and she’s not given short shrift even once.

Looking at some of your past books like The Massive, DMZ and Mara, you used the backdrop of potential or divergent futures as a mirror to reflect on the current status quo. Rebels is a bit different in that by its very nature, it is backwards looking, and the socio-political commentary seems less overt. Could you talk about the decision to explore historical fiction, and the role that you see social critique playing in Rebels?

In this case, I wanted my comment on modern day to be the fact I was approaching this history honestly and without partisan bias. I get pretty angry when I see it manipulated by politicians and pundits who have their own points of view to sell and want to divide rather than unite. So I figured my job is to do what I could to counteract this, to honor the history and tell people it’s OK to appreciate it and feel proud about it and not feel like they’re automatically buying into the Tea Party agenda in doing so. 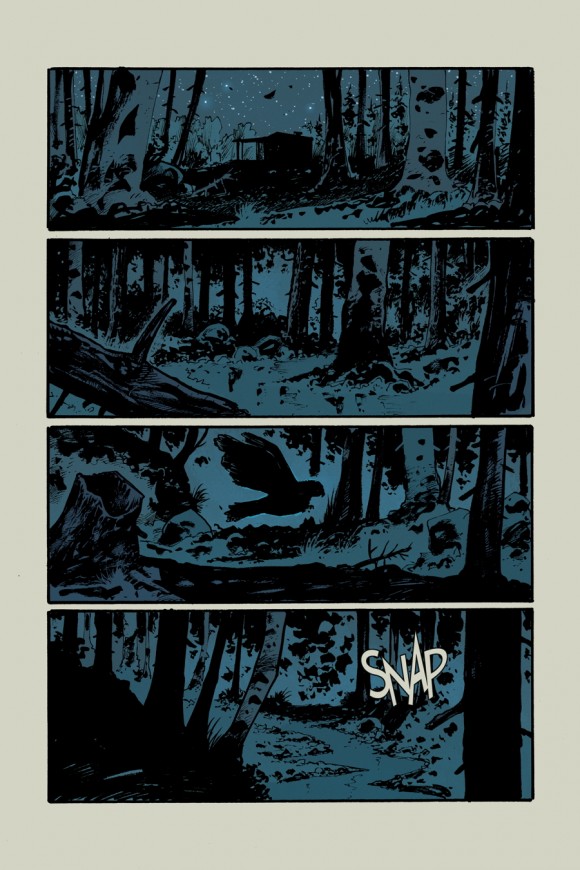 Should we expect more social commentary as the story proceeds?  Are there any currently pressing social issues that you intend to address in Rebels?

Later on, there’s some commentary on veterans’ rights issues, on race, women’s rights, and war in general. But its never very overt — the story always comes first.

You have previously said that the first year of Rebels will be 10 issues, with the last four being one-shots. Could you give us an idea as to what the one-shots will focus on?

Going in order, we have my re-telling of the Molly Pitcher folktale, with some amazing artwork by Matthew Woodson. Then we have a double-feature issue, a story about an underground printing press operator in occupied Boston, and a short Seth Abbott story set in New York City. Ariela Kristantina and Andrea Mutti on art. Then an issue that jumps back in time a couple decades and is a ‘wild frontier’ story about military aggression against native tribes. Andrea Mutti is drawing that one too. Finally, a story from the point of view of a redcoat. My Moon Knight collaborator Greg Smallwood is on that one.

I grew up next to Valley Forge and, as a result, was inundated with the history of the Continental Army’s stay there. Obviously, the war covered so many other geographical areas; is there any chance that Rebels, in later installments, moves away from New England to other theaters of the war?

The first 10 issues are primarily set in and around New England. We have Vermont, New York State and City, Boston and the area around Boston, western Pennsylvania, and then a little bit in the Carolinas. New England is just what I know best, but as we move into the second year (not yet a given, but it seems likely) I’ll broaden the scope much more. 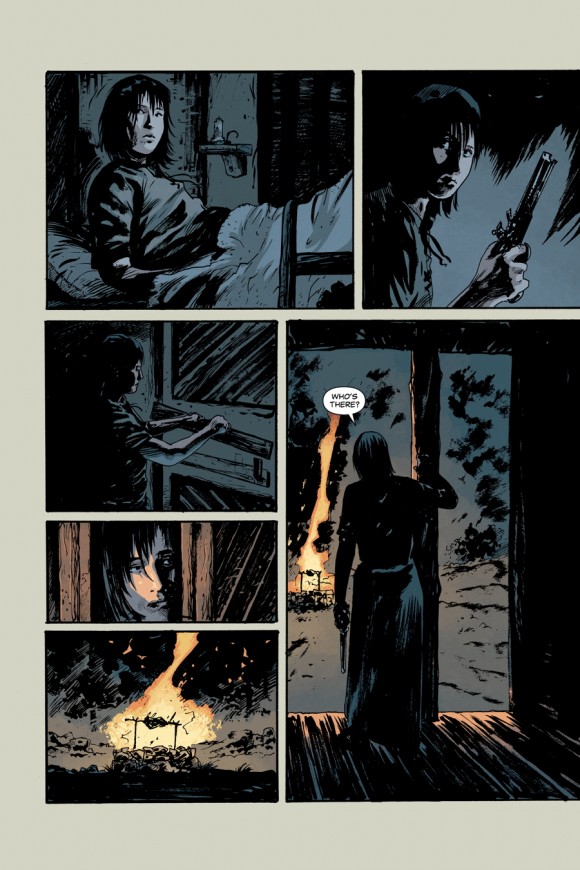 How is it that Andrea Mutti came to be involved in this project? This story is so fundamentally American; did the fact that Andrea is Italian by birth factor in to your decision one way or the other? What was Andrea’s role in crafting Rebels?

I’ve worked with Andrea a few times, on DMZ and Conan the Barbarian, and he’s an old Vertigo guy so I’d seen his work and really liked it. He’s got a great eye for detail and I’d seen some pages he did for some other project that was historical in nature, so I figured what the hell, I’ll ask if he wants to partner up on this. But I fully expected him to say no, because it’s like you say: Why would an Italian be interested in this American history? Turns out he’s a big geek for it. I had no idea!

Can you tell us a bit about your process for researching this series?  Are there any resources that you found particularly helpful or books (or museums or websites) that you would recommend?

I mostly read books and used my own memories of childhood for this. I did visit Valley Forge, and some of the more local sites near me. There’s the Old Stone House right in my neighborhood that commemorates the Battle Of Brooklyn. But it’s really mostly books. I can read pretty fast and can absorb a lot of material in a short time. I’d love to travel more, though, visit more sites and museums. 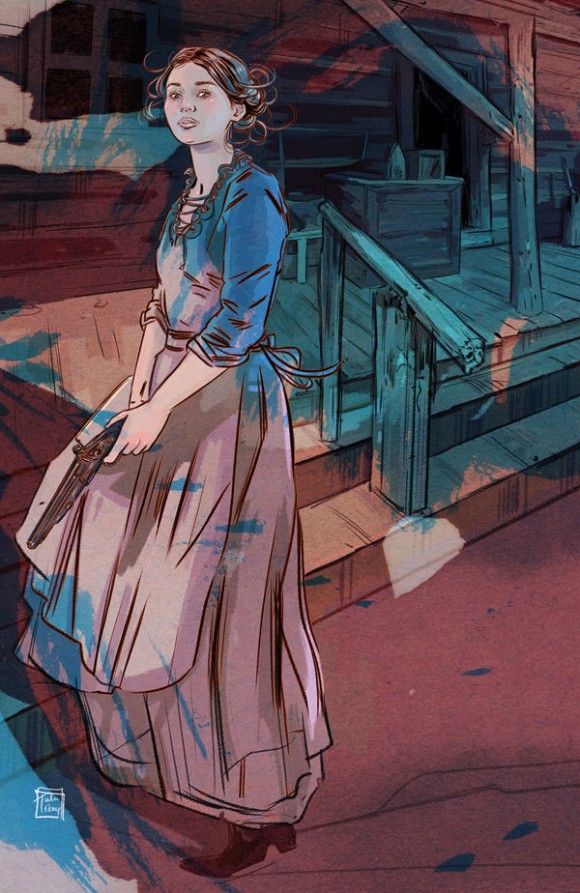 Note from Dan: Um. How about some White Plains action?