To all the toys she’s loved before, our Queen of Questionable Taste pays homage: The great, the badass and the ugly.

I’m going to focus on the more boy-centric toys. They were so much cooler to me than girl toys and I took way too much crap for playing with them to not revel in it now. My therapy is your gain! Hooray, let’s play!

We all had Hulk Hogan. That was your starter guy. I was lucky and had the Hulk Stretch Armstrong figure too. I’m pretty sure I tossed those and my other wrestling guys out during that horrible “I’m too big for toys” phase. I wasn’t rough on my toys, so I didn’t stretch him too far. The rubber figure may have gotten flung against a wall or two, just to see him bounce. 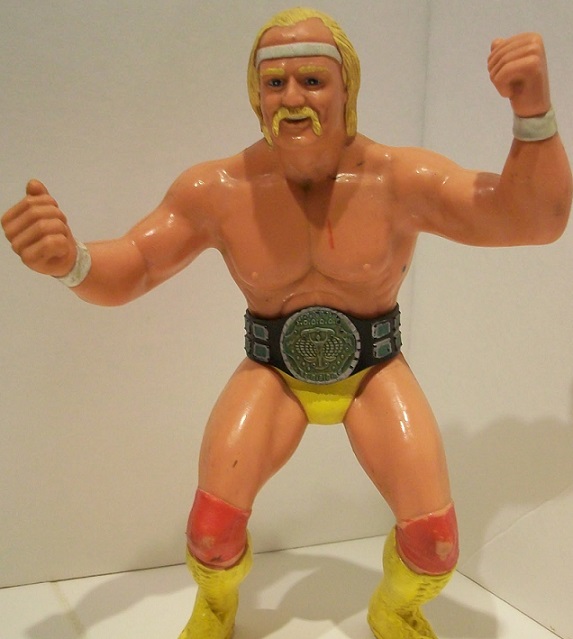 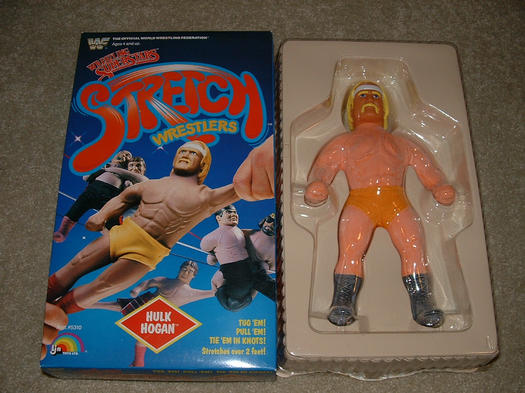 I know it wasn’t the good guys’ castle, but it was so spooky with that ironic green exterior, skull mouth gateway, and BDSM-like play dungeon. I mean torture room. I was into He-Man, but that was quickly replaced by my wanton love for a pack of feline upstarts. 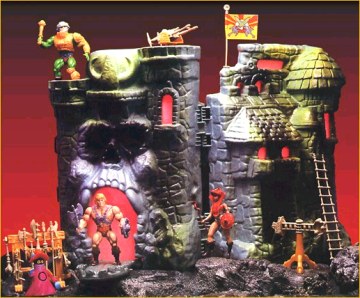 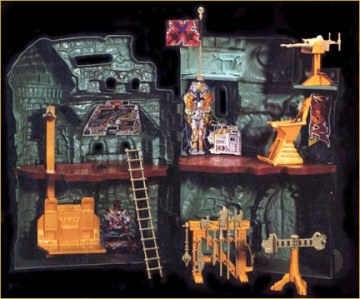 The Thunder Tank was pretty boss, but the Lair? Woof! The paws opened up to let figures and vehicles out to kick Mumm-Ra and his goons’ anthropomorphic asses. I had almost all the hero figures except for Cheetara and the Wily Kids. Considering I always got the female action figures, it was surprising I didn’t receive the sexiest one. Maybe that’s why. Pointless, as I had a crush on that candy-ass, whiny, redhead Lion-O. 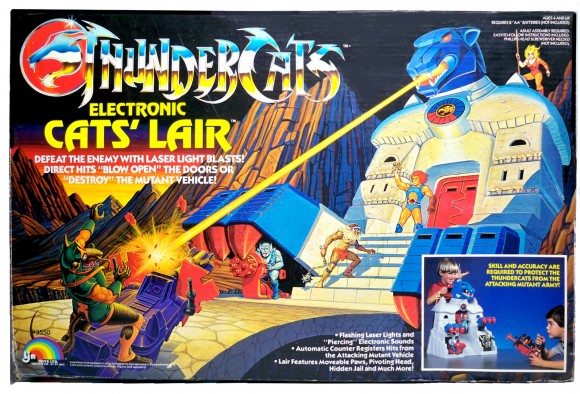 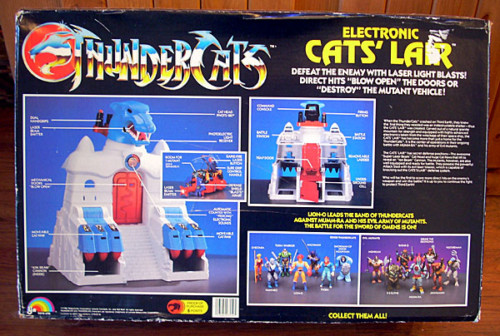 What the hell was Mumm-Ra anyway? A simian? A frog? He had a menagerie of animalistic rogues, but what was he? Still bothers me… 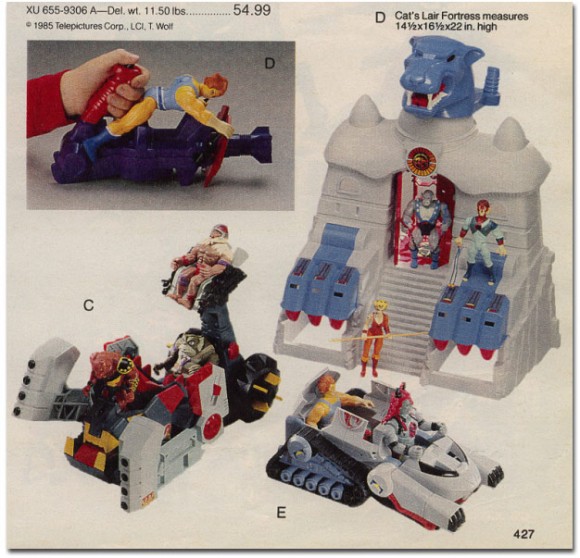 Okay, seriously? You give your kids overly-muscled toys bent over on a rocket with a handle up their ass and wonder why they turn out like me?

Don’t scoff at this building toy. Our predecessor to Lego was a step up from Lincoln Logs.  And I don’t mean the plastic Tinker Toys. Eff those. Real wooden Tinker Toys had a smell, a good weight and feel, and every so often you’d get a splinter from an unsanded piece. It wasn’t Christmas without pulling a wood chip out of your finger while making a gun. We always made guns because we never got Megatron. 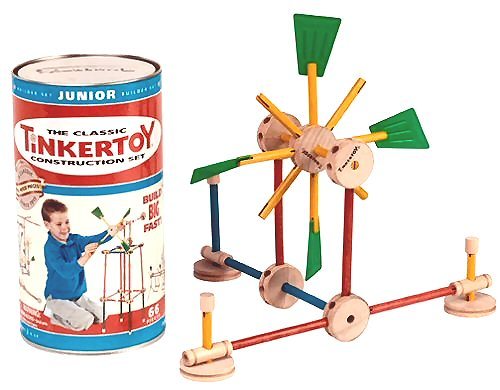 Not the pussy car one that they have now, but the shiny chrome pistol that would give a cop pause. Sure, Optimus Prime had a trailer that you could park other Transformers (in car form) in, but Megatron was a gun! And they were all made out of metal. I kick myself for throwing out my metallic blue Thundercracker… 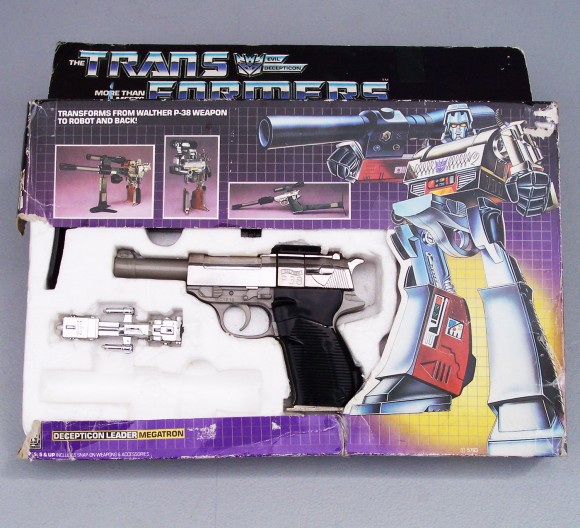 You ever notice how all Lego sets are, well, sets? Mostly branded? Star Wars or Harry Potter or NASCAR or something like that? Where are the basic kits? Where you have to use that thing you got years ago? Y’know, your imagination? You had to make your Millennium Falcon all blue and yellow and cover it in foil. An Aluminum Falcon. Sure it looked kinda weird, but it was cool because you built the damn thing and had the scraped gums where you had to pry some pieces apart with your teeth. Apparently they have a tool for that now. Unbelievable. 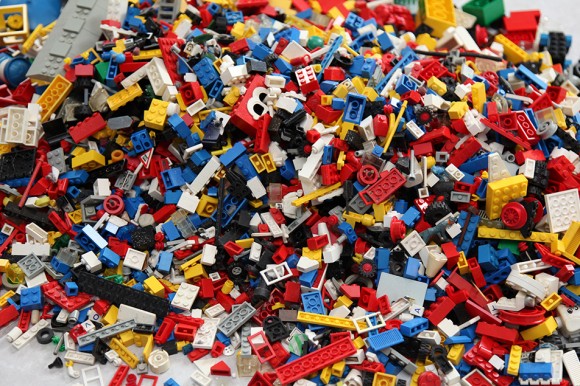 Turquoise was not in their rainbow arsenal back then. And it was fine.

Oh God, how I wanted this. Never got it. I remember my mom taking me to the local toy store to see what I wanted for the holidays, and I was agog at this very same display of wiffle bat-like sabers. I begged, I pleaded, I appealed to her frugal side with the price being “only 89 cents!” (they were really $8.99, as she pointed out). I thought it was really going to happen when she took one out with a weak flourish (granted, it was with her bag hand, so how could you properly brandish it?) put it back and walked down the Colorforms/Shrinky Dinks aisle. She relented a few years later with a light-up Sword of Omens that was lent to a friend of hers for a costume party that came back bent. Still working through that. 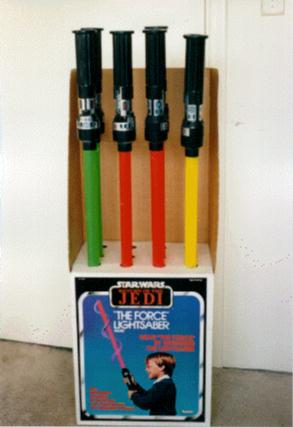 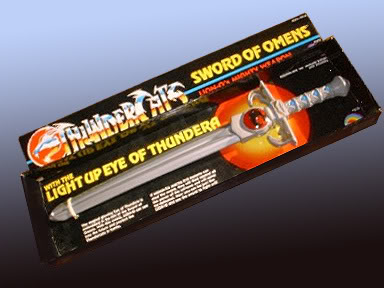 Yup. The big boy. A few kids had an X-Wing or a Tie Fighter, but the Falcon? Mmm. You could put Han and Chewie in there and it had a little port to plug R2 into. I like using abbreviated names because these characters are family to me now. The only thing that could outdo the Millennium Falcon? 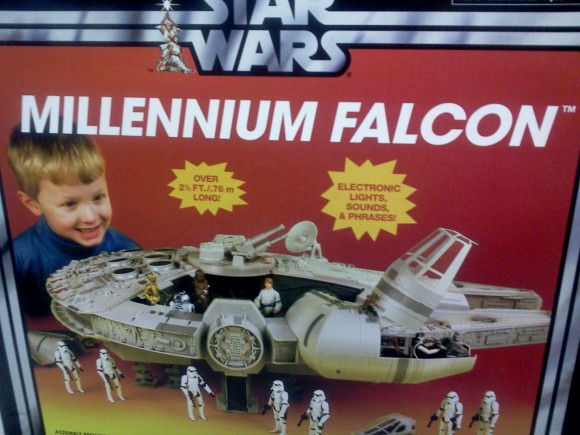 Face it, you wanted to be that kid on the box.

You only got this toy if you were in with the mob or of Saudi royalty. This thing was as big as your house and cost almost as much. It did triple duty as as toy, guest bed, and an impromptu tennis court.

Bonus points for the Benetton thing going on in the ads.

I’ll leave you with the one toy we all got but never asked for, but we grinned and beared it because adults just didn’t get it:

They didn’t look right, they smelled weird, and left your hands both greasy and clammy. All you could do was flop this thing around on the string until it broke, because it wasn’t really rubber, and you could sink your fingernails into it too easily. I mean, not for anything but Batman didn’t even fly! At that point you just hoped for some Underoos or the ultra-coveted Freezy Freakies. 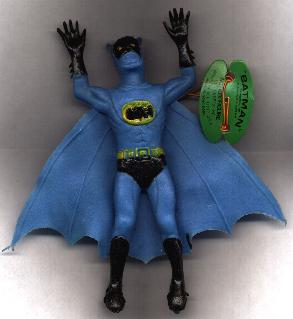