A GROOVY Look at THE BRADY BUNCH

Home » MOVIES & TV » A GROOVY Look at THE BRADY BUNCH 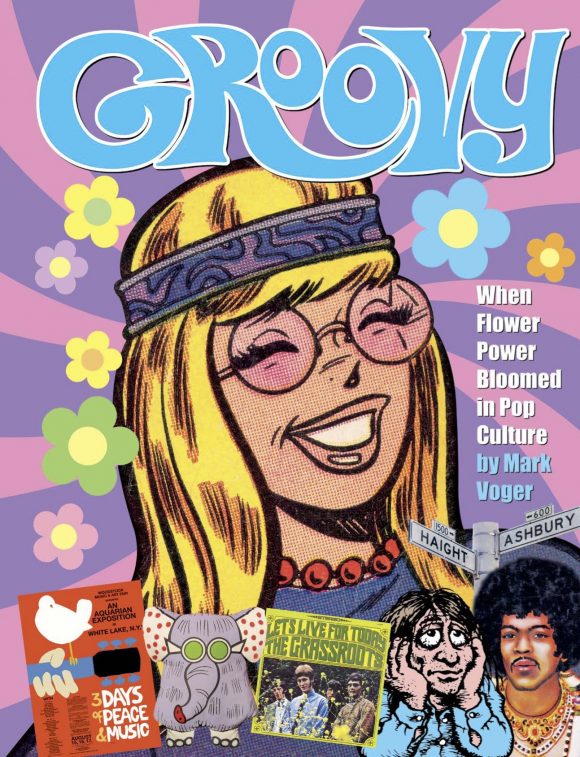 All week, we’ve been serializing Mark Voger’s Groovy, an illustrated history of ’60s pop culture, published by TwoMorrows. The book covers everything from music to movies to TV to art, and we’ll be running selections. (Click here for more info.)

I know what you’re thinking: Why is a site that is 90 percent about comic books running something about The Brady Bunch?

Well, I’ll let you in on a little secret: When I sit down to write on Sundays — one of my longest sessions of the week — I switch on MeTV’s 2-hour Brady Brunch block and have it playing in the background while I bang away at my keyboard. It’s just one of those things that calms me and makes me quietly smile to myself — or quote along or laugh at the hilarious cheesiness of it.

I especially dig the middle to later years, that sweet spot of dorky plotlines, bellbottoms, big belts and perms. I can do without the earliest episodes and, naturally, the final Oliver episodes. 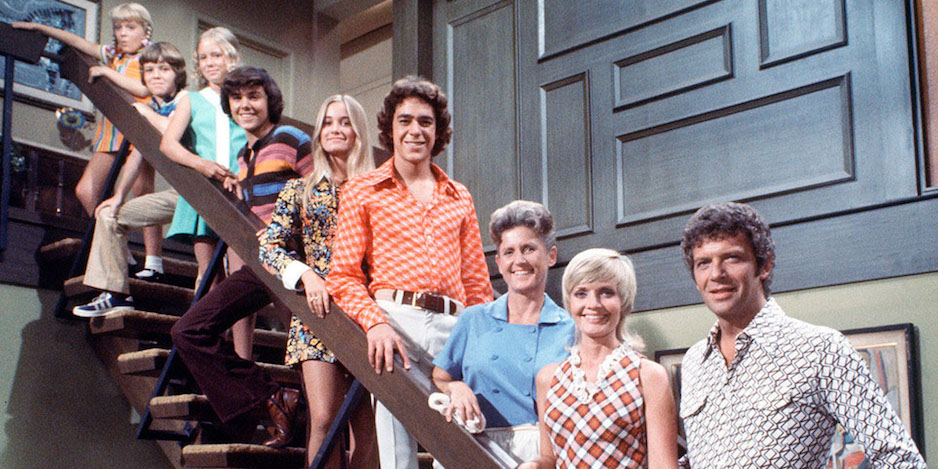 MeTV doesn’t run the entire series. They obviously have some syndication package that gives them a sort of Greatest Hits, filled out with a bunch of random episodes, so you end up seeing — or I guess in my case, hearing, since I’m typing with my back turned to the TV — the same episodes over and over. You don’t have to wait too long for the Hawaii three-fer to show up, is what I’m saying.

(Side note: Watching the show with adult eyes, Robert Reed was the show’s secret weapon. He was smooth and held so much of it together.)

Still, I’d prefer to see more of a selection, so I suppose I could start hunting down more episodes. I don’t want to pay for them though, because The Brady Bunch just doesn’t seem like that kind of party.

But I do love the show, partially with irony, partially without. It was a staple of after-school TV with my sister Paula — I only vaguely remember it in first run — and the Bradys were as familiar to me as anyone in my neighborhood, y’know?

Anyway, that’s why I’ve decided to finish our Groovy serialization with the Bradys. Writer Mark Voger has devoted an entire section of his book to the show, including interviews with Florence Henderson, Barry Williams, Maureen McCormick and Eve Plumb, conducted over the years. So here’s his essay about the series, a look at some Brady memorabilia, and interviews with both Williams and McCormick — the Brady I wanted to be and the Brady I wanted to date: 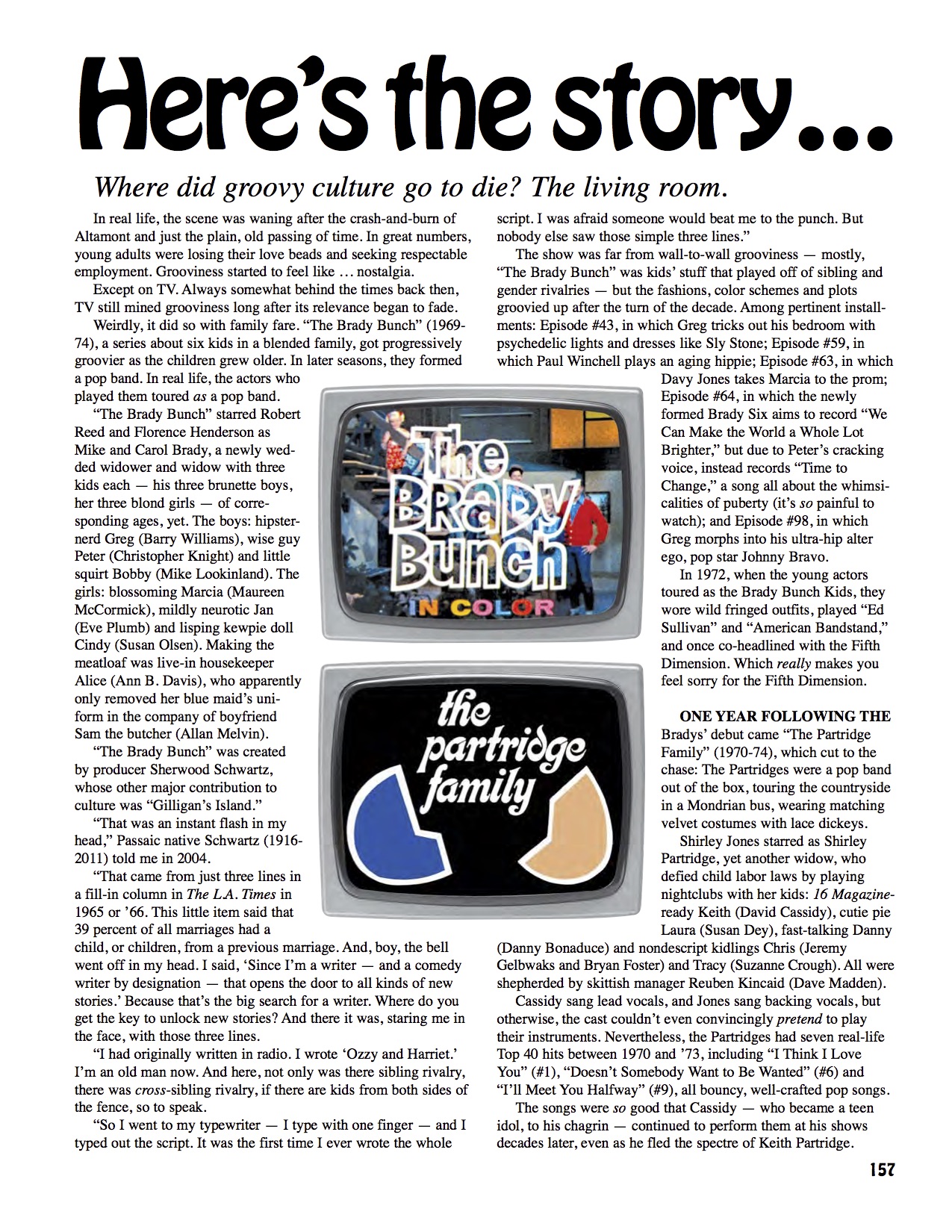 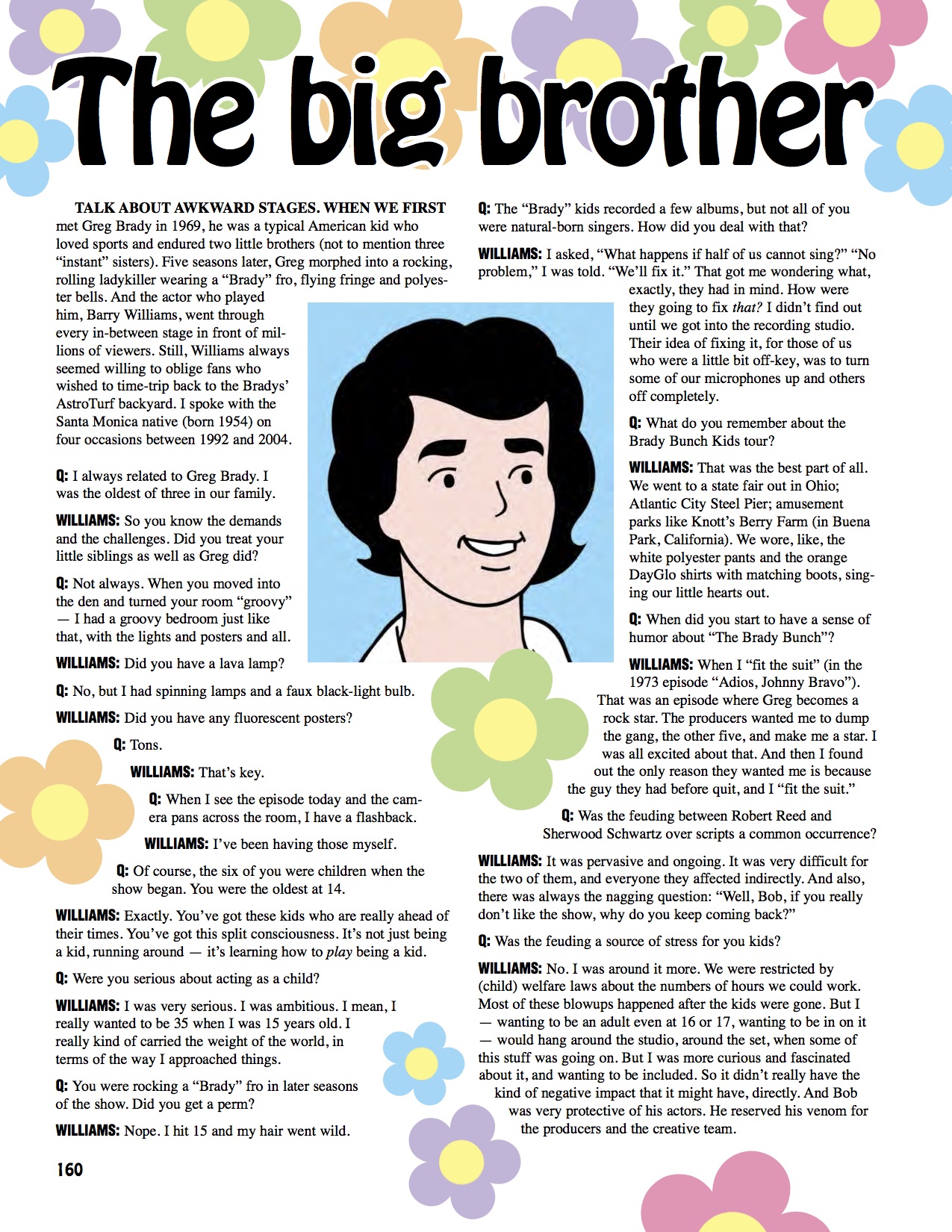 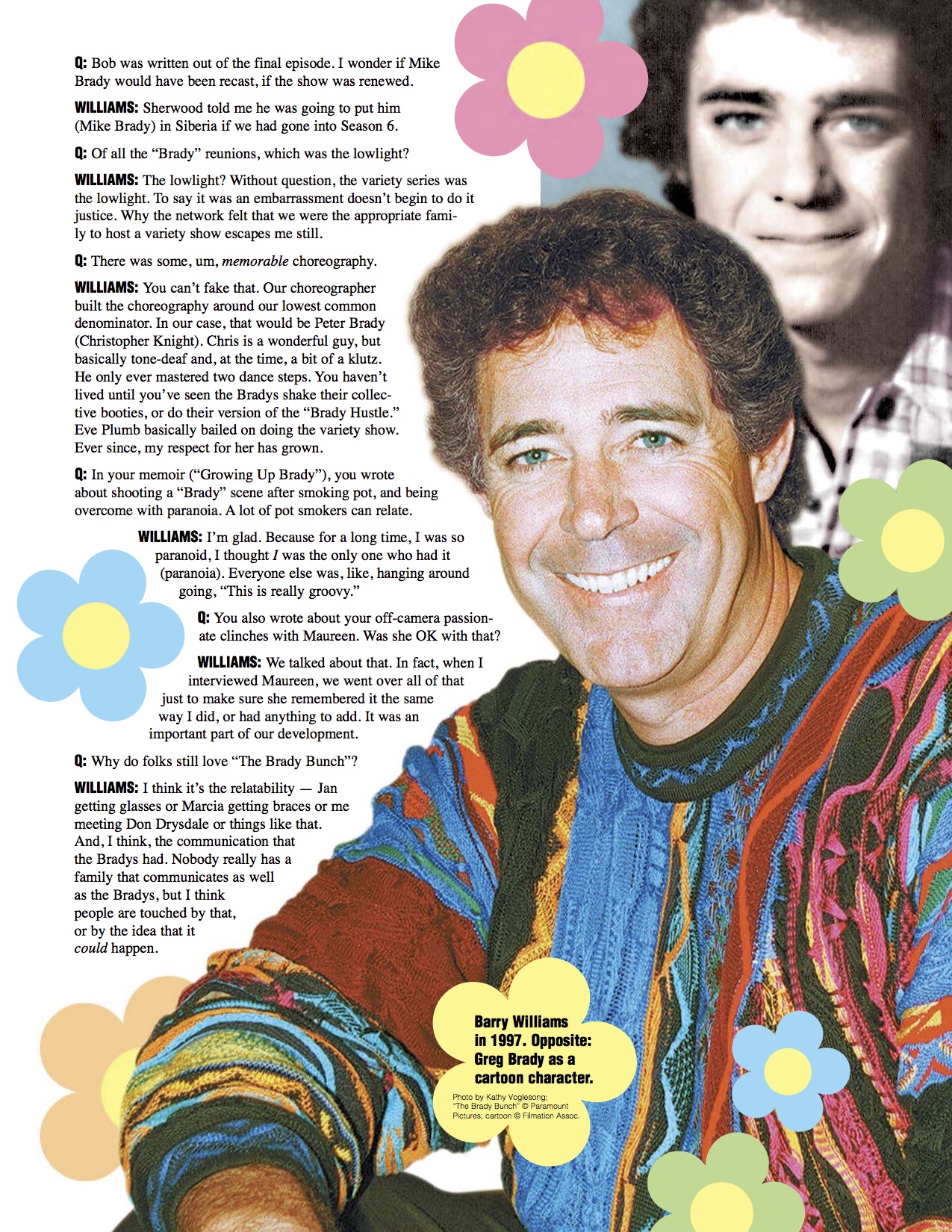 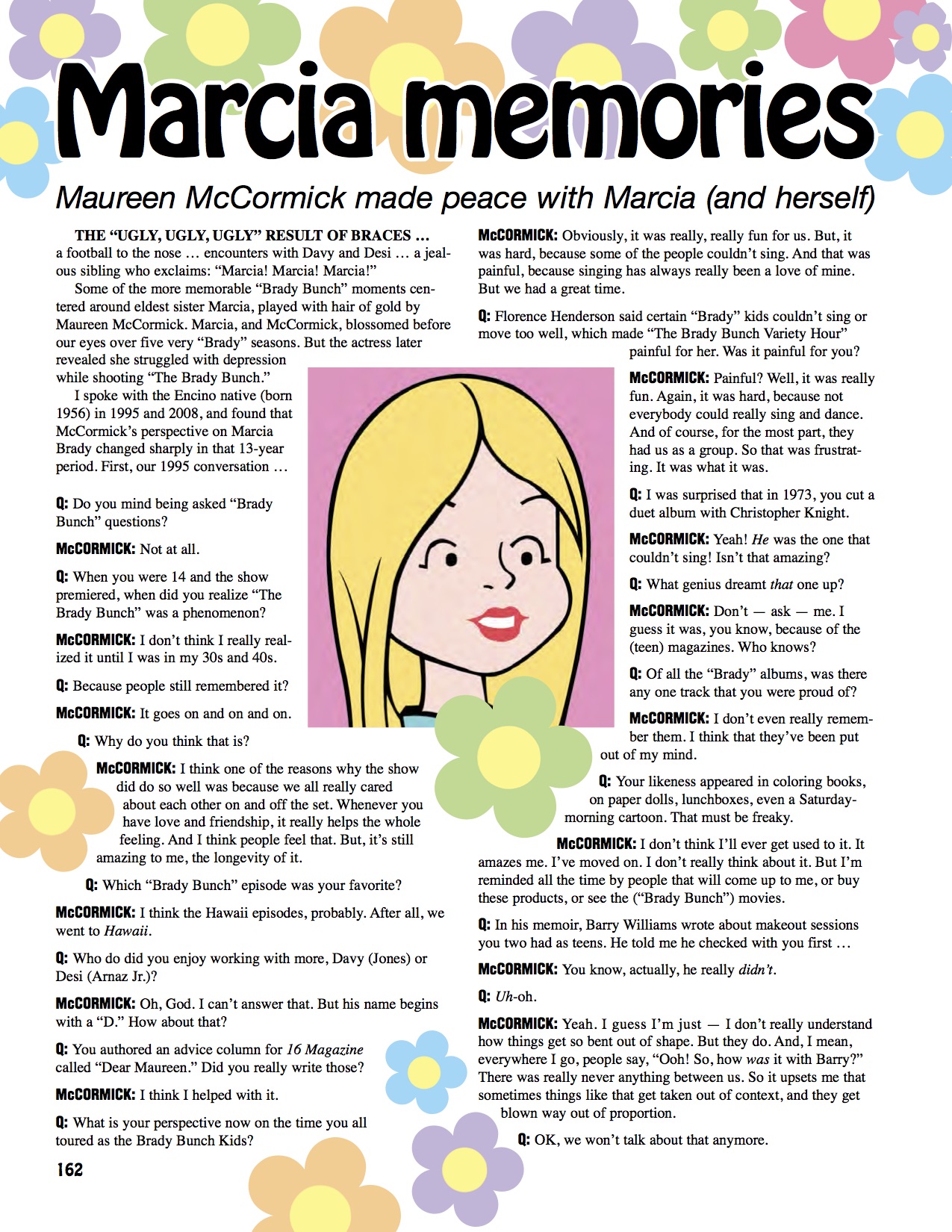 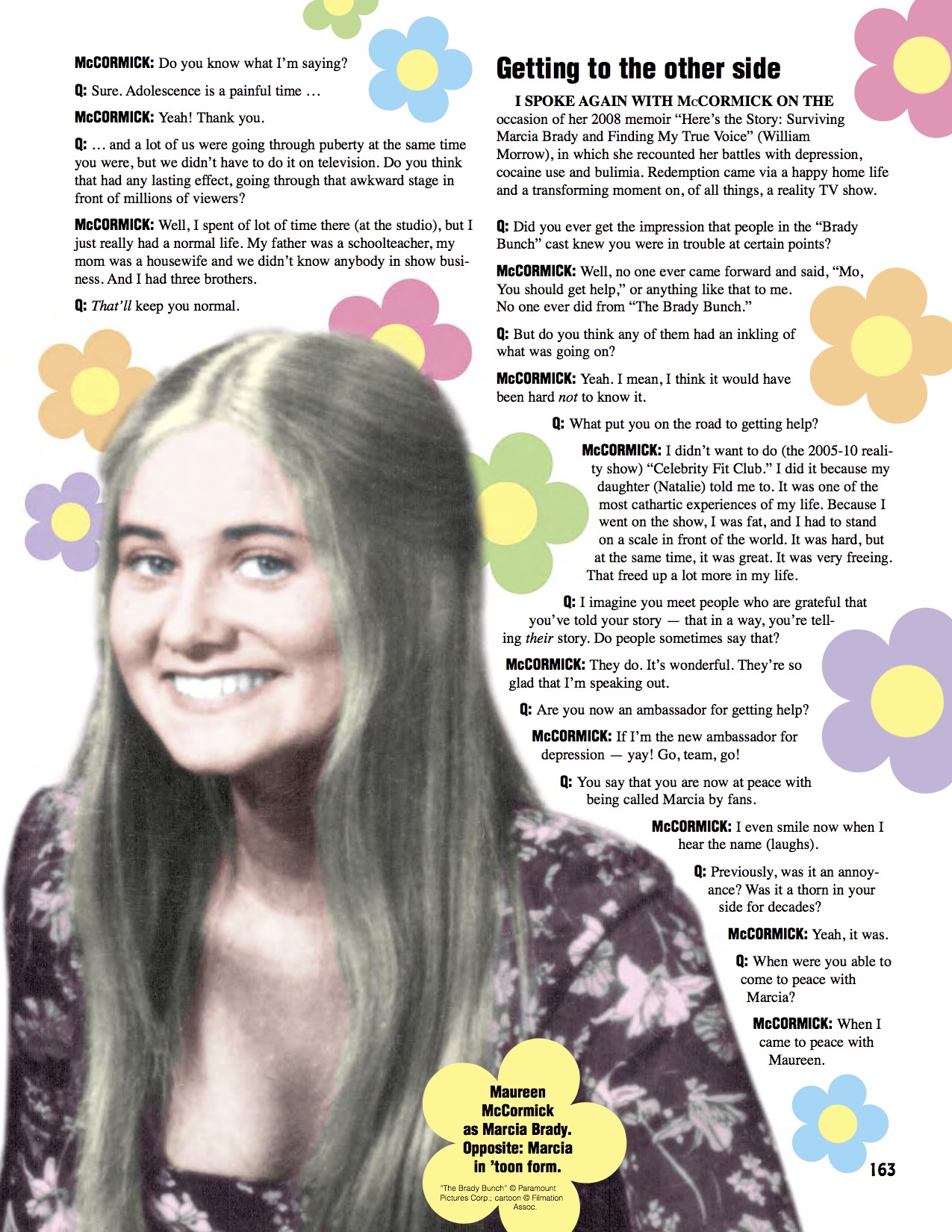 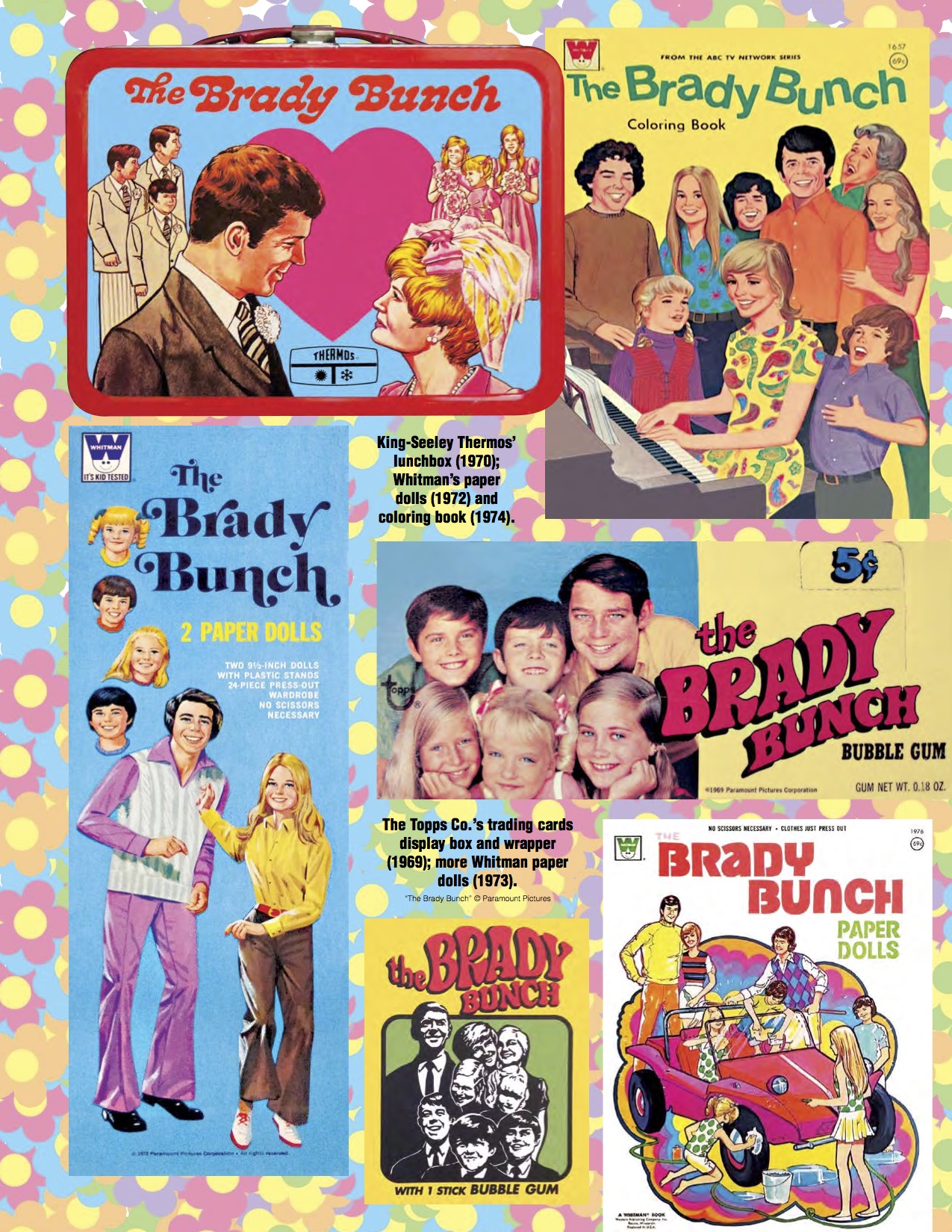 For the complete Groovy index of excerpts — including stories on Wonder Woman, the Monkees, Steve Ditko and the Beatles — click here.

The 192-page hardcover lists for $39.95. Groovy will be available in stores but can also be ordered directly from TwoMorrows. Click here.