A FLASH A DAY #5: Captain Boomerang

The finale! Every day this week, we brought you a daily Flash fix, courtesy of the folks at NECA/WizKids. Because we dig The Flash — and dig you too!

Well, this has been fun. Not only did we have a FLASH HEROCLIX CONTEST this week but every day we’ve cracked open a Flash HeroClix figure at random.

Why? Because even though this newly released set is based on DC Comics‘ version of the character, we miss The CW show while it’s on hiatus until next month. Every little Flash helps, y’know? 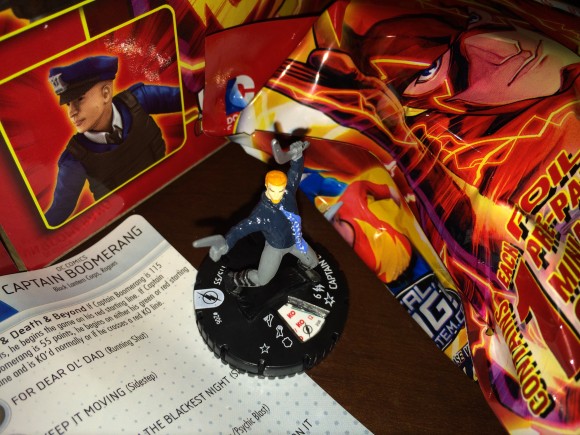 This is Owen Mercer, the second Captain Boomerang. On TV, they just introduced the first version, Digger Harkness, in the Arrow-Flash crossover, and how awesome was that?

We hope you enjoyed our little visit to Central City this week. Keep in mind, there are plenty other characters in the Flash HeroClix set, like Jay Garrick (the Golden Age Flash), Max Mercury, Ragdoll …