Neal Adams’ latest project is a Deadman miniseries launching Nov. 1. In tandem with that, we’re running NEAL ADAMS’ DEADMAN TALES, a recurring series featuring the artist’s views on his work with DC’s ghostly avenger — some extensive, some brief — yesterday and today.

This time it’s double Deadman action with Adams on Strange Adventures #210 and #211: 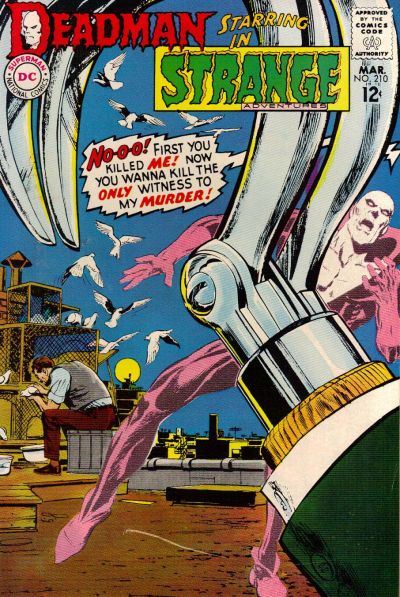 “Speaking of close-ups, we come to Issue #210, which had a big close-up of the hook. I mean, I don’t think I could have made it any bigger and still recognizable as a hook! But I liked it, juxtaposed to the pigeons flying in the background, which are innocent on their best day, or on their worst day. And the Hook being the danger in the foreground and, of course, Deadman being in the middle. That’s an obvious choice of composition but I had a good time with it.

“The next cover, which is #211, was a chance to do something that had been introduced to me by (Mort Weisinger). 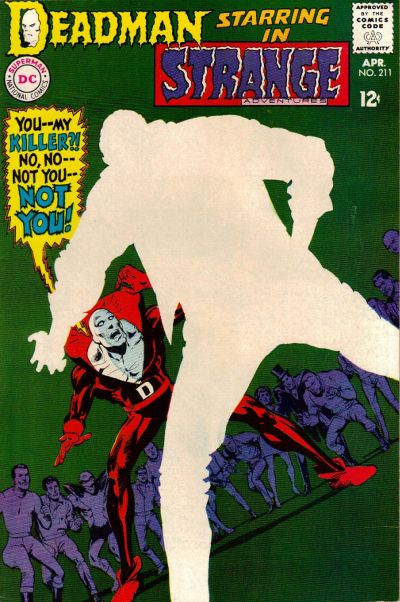 “One of the first covers that I did for him had a silhouetted picture.* Because he was the guilty party and it was basically a silhouette of the character. It’s such a gamey kind of cover that you would do to create a puzzle, y’know? Who is this guy…? It’s just a silhouette. Try to figure it out. That’s what this sort of gag cover was…

“And then we see the reprise of other characters that we’ve seen in the comic book surrounding Deadman so we realize, one, it’s not him. Who is it?”

NEXT: Deadman goes head over heels.

*World’s Finest #176, which came out a couple months later 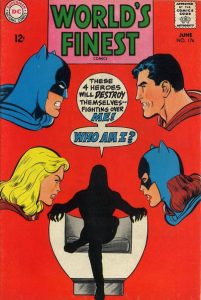