A Comic for Millennials … And Those Who Loathe Them

Who needs the X-Men when we have a new generation of Woe Is Me heroes? 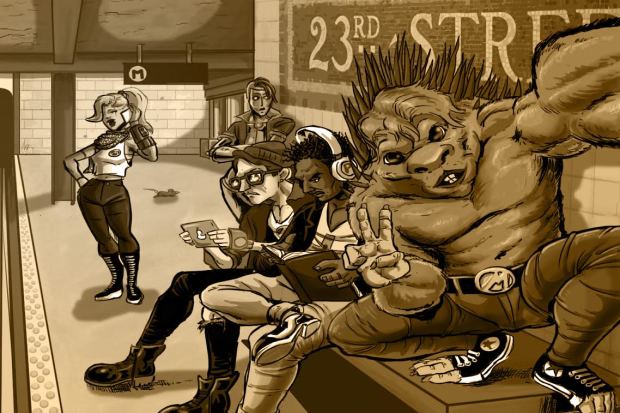 Millennials: You Are Special is the new comic in development from our buddy Dimitrios Fragiskatos and his Gryphon Knights comics-collective collaborators Tom Griffin and Guillermo Villarreal.

Dimitrios knows his comics. He not only manages Midtown Comics’ Grand Central location, he’s one of the prime shakers for Midtown‘s popular podcast. He also has a dry sense of humor and that’s clearly in play with Millennials, about a New York-based supergroup with problems that are all about me, me, me.

My fave? Buzzgirl, who, the creators’ Indiegogo pitch points out, “has sentient nanobots which each have their own social media accounts.” 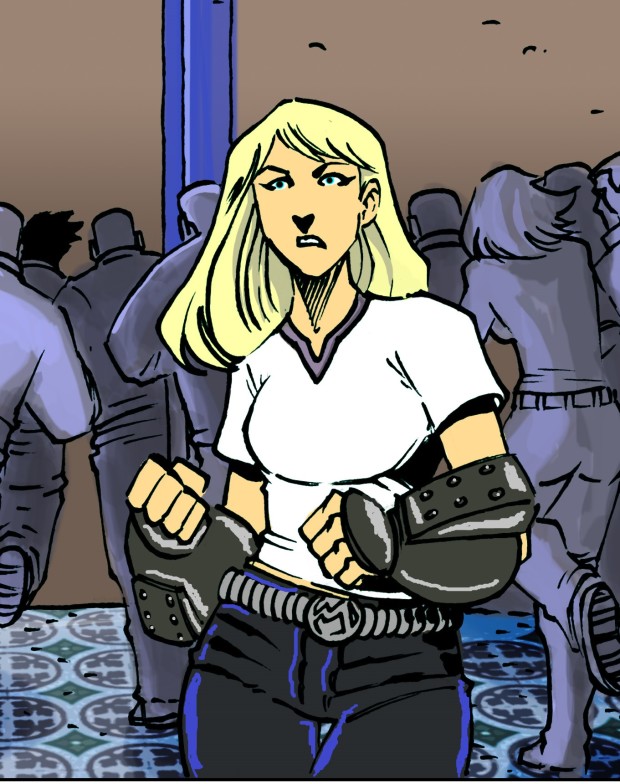 I can’t believe nobody’s thought of that before.

Anyway, check out Gryphon Knights‘ pitch for the Indiegogo campaign, now in its final week.

And take a gander at their official release, for everything else you need to know:

Gryphon Knights Comics in New York City is excited to announce Millennials: You are Special: a six issue comic book mini-series created and written by Dimitrios Fragiskatos, with pencils and inks by Guillermo Villarreal and colors and art direction by Thomas Griffin.

Dimitrios Fragiskatos spins the tale of five millennials, each with a varied and topical gift as they deal with the personification of the evils of today’s world. Entitleman absorbs his white privilege and redirects it into energy blasts; Buzzgirl has sentient nanobots which each have their own social media accounts; Know-It-All builds apps for anything; Mr. Hideous is an orange monster obsessed with his image, and then there is Cyber Bully, the robot. 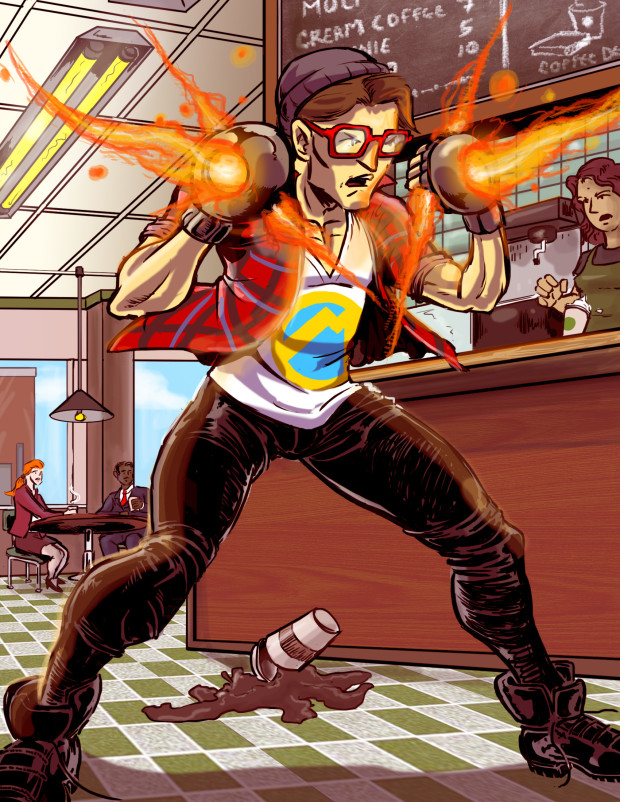 The first issue of the series focuses on the team as they fight Debt Collectors, robots set on collecting college debt, or enslaving those who can’t pay. In the second issue, they meet two new Millennials: Coldheart and Apathy. But are things as they appear? In the third issue, they recruit the most powerful and unmotivated member of all: Codename: Unlimited Potential. The fourth issue sees the team meeting their ideological opposites, the Fellowship of the Unaccomplished, and in the fifth, they meet the Men’s Liberation Front and their leader, Online. Finally, issue six is simply called Buzzgirl vs Mr Hideous.

Currently, there is an Indiegogo campaign to raise money for the book. There is approximately 1 week left in the campaign. The goal is, as stated, “to have enough money to pay the creative team a lower than standard page rate, and to cover printing costs for the first issue.” The series itself is slated to debut digitally at gryphonknights.com and lulu.com, in September, with physical issues out at select retailers by October.

Dimitrios Fragiskatos is the manager of the Grand Central location of Midtown Comics. His complete works include Greasers in Greece and Frankenstein vs Dracula: Throughout the Ages and has projects in development like Millennials and the 6th Borough, as well as the web strip, Greasers in Geese.

Thomas Griffin is a writer, illustrator, colorist and letterer. He’s worked on Greasers in Greece, the Only Choice, Frankenstein vs Dracula and his own work, WOW! Signal?

Gryphon Knights is finding its voice in the comics market. Among the talent they employ is Tony Wolf for Greenpoint of View, Niccolas Micciola for Pleasant Dreams, and Justin Melkmann both of Ear Aches and Eyesores and the band World War IX. Contact us at gryphonknights@gmail.com