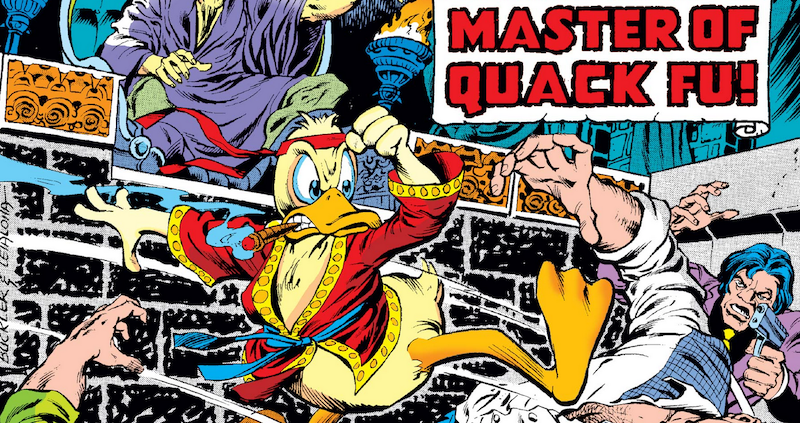 Y’know, I gotta say I had no idea that the original Howard the Duck series had never been collected as a Marvel Masterworks edition. You’d think it would have happened by now, right?

I mean, Howard the Duck is a seminal Marvel series, and certainly deserving of this high-end treatment (though Howard himself might look askance at the whole thing).

Anyway, looks like Steve Gerber’s subversive antihero will star in the 300th volume of the Marvel Masterworks hardcover series, according to a Hachette Book Group listing. 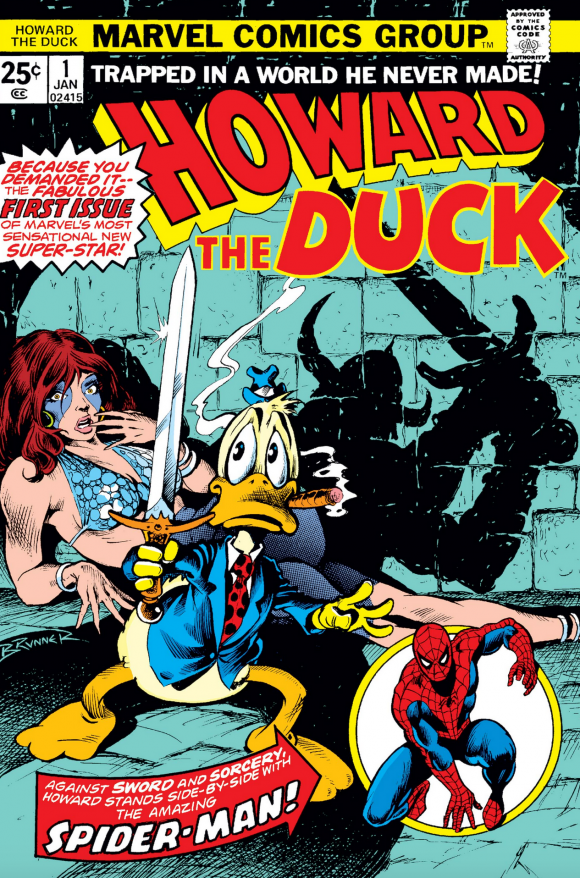 Trapped in a Masterworks he never made! There were several worthy candidates for the milestone 300th Masterworks edition, but only one waddled away with election victory: Howard the Duck! In Howard, Steve Gerber and his artistic cohorts Val Mayerik, Frank Brunner and Gene Colan delivered one of comics’ most iconoclastic and hilarious characters. We kick things off in his inaugural Masterworks with his quirky first appearance as a “fowl out of water” alongside the macabre Man-Thing, where they team up to protect Cleveland from the Man-Frog and Hellcow. The satirical stories continue with Howard and gal pal Beverly Switzler taking on dire threats such as the Space Turnip, the Beaver and — public transportation??! And then: Howard runs for president! All restored in Masterworks glory! 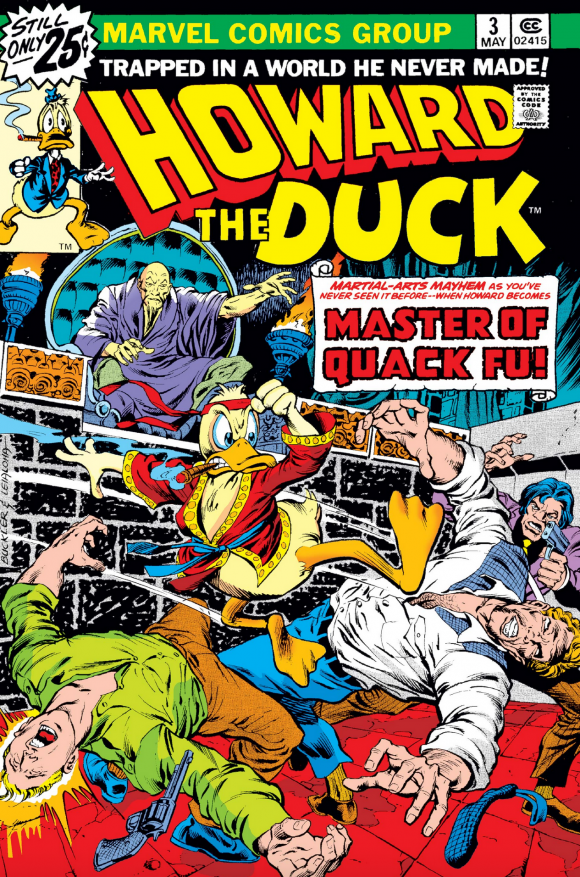 — In case you’re wondering, Hachette Book Group is Marvel’s book-market distributor, so this is clearly in the plans. That said, the book has not been solicited by Marvel yet, so nothing is official until it’s official. At the same time, all of comicdom is in crisis right now because of the coronavirus pandemic, so this is subject to substantial change. Just keep coming back to 13th Dimension for updates.

— When people think of Howard in the comics, they think of Gerber. But let’s not forget his artistic collaborators, such as co-creator Val Mayerik, Frank Brunner and Gene Colan.

— I wonder if Lea Thompson will buy a copy. Probably not.

— The Hachette listing didn’t include any art, so I just used the covers above. I have no intel on what will actually end up on the front of the book, but Issue #1 is a pretty good bet, no?