Steven Grant, whose comic 2 Guns provided the basis for the hit movie of the same name starring Denzel Washington and Mark Wahlberg, is back in December with his latest, Deceivers.

It’s Grant’s latest foray with Boom! Studios and he talked with 13th Dimension about his espionage caper, with art by Jose Holder. 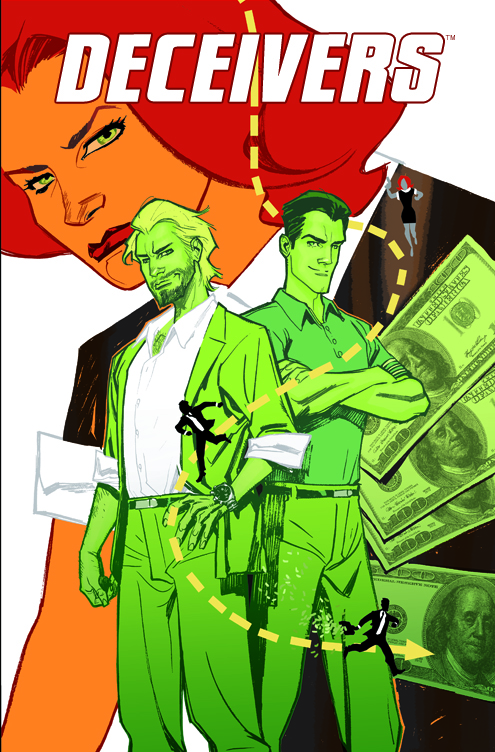 What’s the gist of the story?

When suspicion for a series of robberies at European intelligence agencies falls on two different men, to prove their innocence (and preferably the other’s guilt) they’re forced to work with a  CIA agent investigating the case, who has threatened to reveal their secrets: Neither of them exist. Both rivals have “reinvented” themselves, and are working European high society for their own ends. But the agent’s ends aren’t what she’s claiming either: She’s using the investigation as a cover for a much broader investigation that challenges the security of the entire West, and using them as Judas goats in a much more dangerous scenario than they’re expecting.

How has the success of 2 Guns influenced your work on this?

I don’t know that it has particularly. I got the idea for Deceivers long ago, but until Boom! I couldn’t convince a publisher to take it on. It’s a different kind of story from 2 Guns, though it has some elements in common, like two heroes who really don’t like or trust each other very much. Deceivers is much more an adventure story/spy story than a crime story. The characters are very different.

The focal characters are: Lincoln McCord, an American working in Europe as legman for a reclusive American billionaire, really playing up a modern cowboy image and personal charm to ingratiate himself with European high society. He’s a very different sort of character for me, very fun-loving and adventurous, seemingly very outgoing, very willing to give of himself. Unlike most modern heroes, his motivations don’t spring from trauma. If anything he’s an adrenaline junkie, he wants to lead an exciting life. Life is an extreme sport to him, and that’s the way he lives it, very seat of his pants. But he does harbor a “dark secret” that could bring his lifestyle crashing down: His entire existence is a lie.

They’re both playing their European hosts, Lincoln by appealing to their modern sense of iconoclasm, and Janez by preying on their attachments to traditional European fantasies of status and nobility. Janez is much more sensitive to the risk, much more concerned about his longevity. Lincoln isn’t especially concerned about the risk, since he’s in it for the risk.

Patrice Andauer is the CIA agent, who has uncovered their secrets and tries to play them to accomplish her mission for her before they can figure out her secret. She doesn’t really like to work with anyone, but she’s used to being able to leverage people into doing what she wants. Dealing with both of them, but particularly Lincoln, turns into an eye-opening shock for her. She has a sort of statistical expectation of human behavior, and having to deal with men whose responses are never what’s anticipated becomes as dangerous for her as the men coming to kill them all. Neither Lincoln nor Janez knows it but she’s throwing them in the way of a very nasty global crime ring that pretty brutally doesn’t want to come to light.

The thing that unites them all is they’re all liars. Pretty much everyone in the story is lying to everyone else about something, and half the fun is figuring out what’s a lie and what’s not. One thing that always used to bug me about stories was how anything any character said was always taken as gospel by all other characters – didn’t matter if it was hero or villain saying it – and the writer would allow it to be gospel. Partly it was a function of having limited space to work with, but it amounted to some awfully stupid people, particularly villains, since the truth was often told against their best interests, and often volunteered. The underlying discussion in Deceivers is how much truth does anyone really ever say to anyone else, and in practical terms, really, how much does it matter?

Don’t assume all the deceptions are for nefarious reasons. People do things for all kinds of reasons, and there are lies with no hostile or criminal intent behind them at all. There may even be times when lying is the best way to tell the truth. The series plays with all that.

What should readers expect?

Something different. For a change I wanted to write some characters who really enjoy what they’re doing with their lives, who aren’t running from something horrible or seeking bloody revenge for the deaths of loved ones or burdened with responsibility unfortunately thrust on them that reshapes their lives or any of that tired old crap that endlessly passes for motivation now.  I wouldn’t necessarily say the material’s lighter than other material I’ve written, but these are different kinds of heroes from the “dark” heroes comics have drowned in for the past 20 years. … But we’ll be going in some unexpected directions and hopefully carving out some new territory. But there’s a good, solid story underneath it all having to do with institutional deception and how that’s the officially unacknowledged basis of civilized existence in the 21st century. Most of all people can expect plenty of action and adventure, and hopefully they’ll find the characters a fun mix. Comics have had plenty of Freudian heroes and Jungian heroes. Time to break out the Maslovian heroes. Time to loosen up. 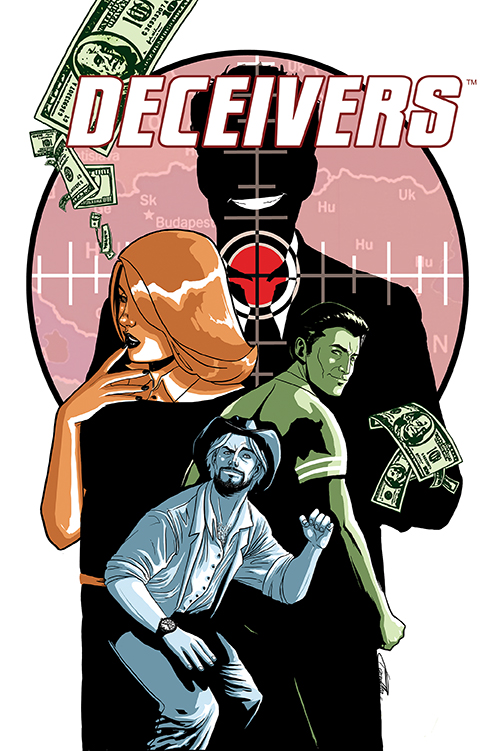