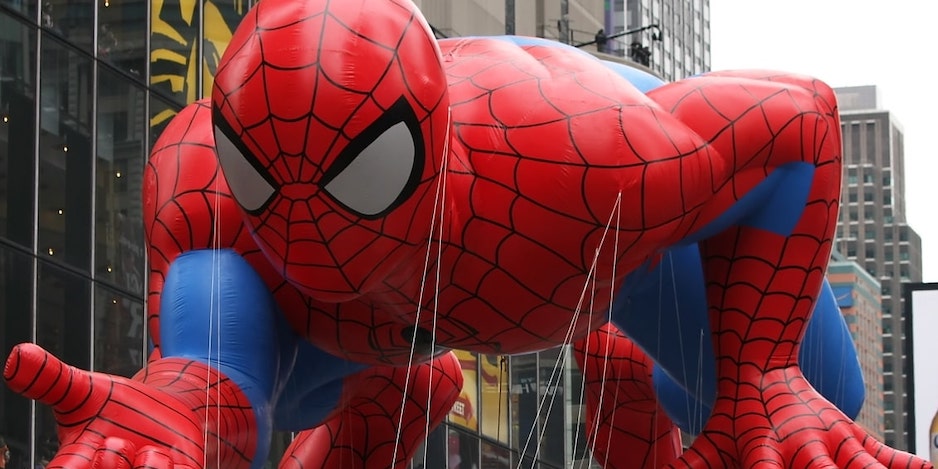 In 1924, Macy’s had its first Thanksgiving Day Parade in New York City. Just three years later, the character balloon was introduced into the parade… and the first was Felix the Cat!

Here are 13 comic strip and comic book characters that have appeared in the parade over the last nearly 100 years. 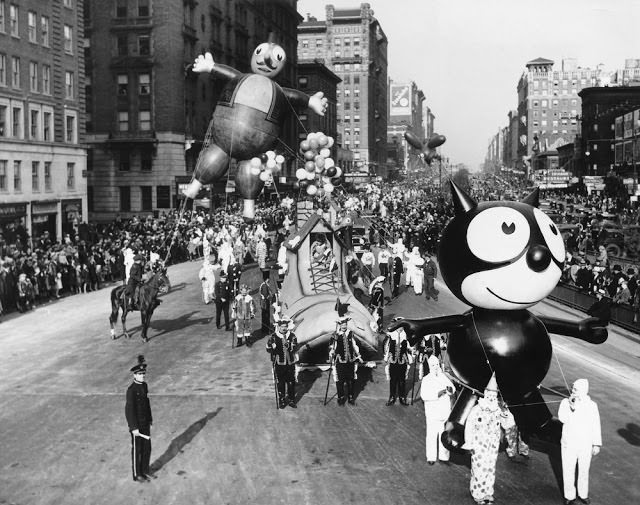 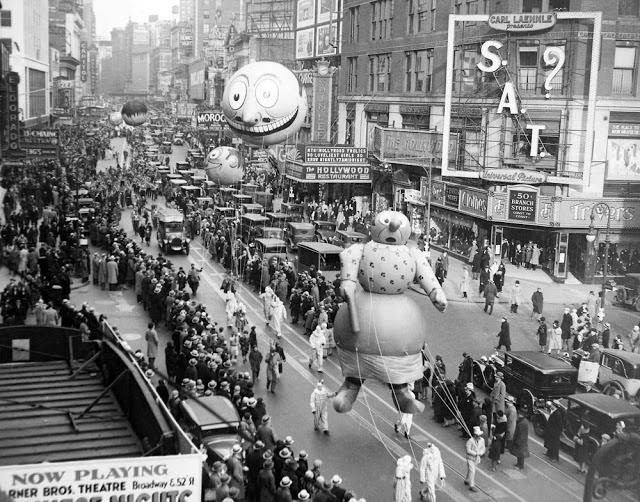 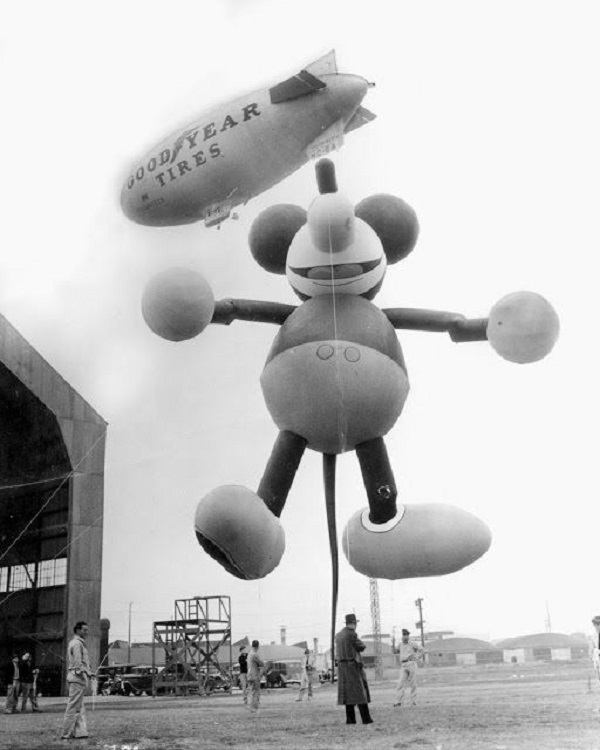 Mickey Mouse at an airplane hangar prior to the parade (1934) 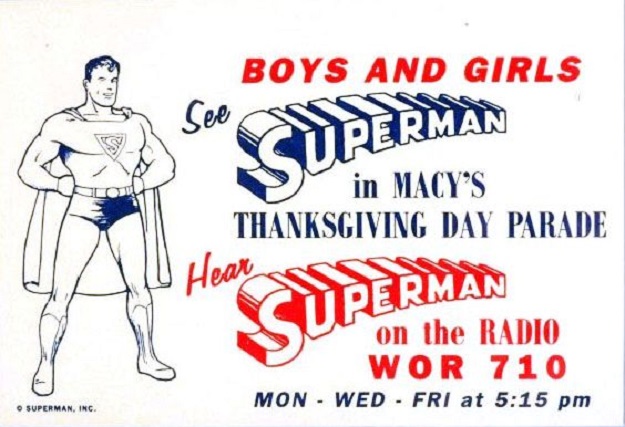 Ad for Superman at the Parade 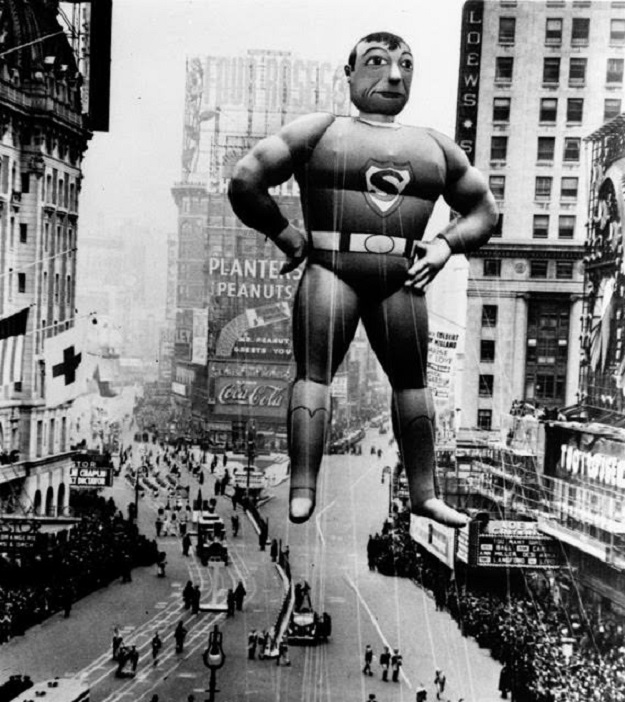 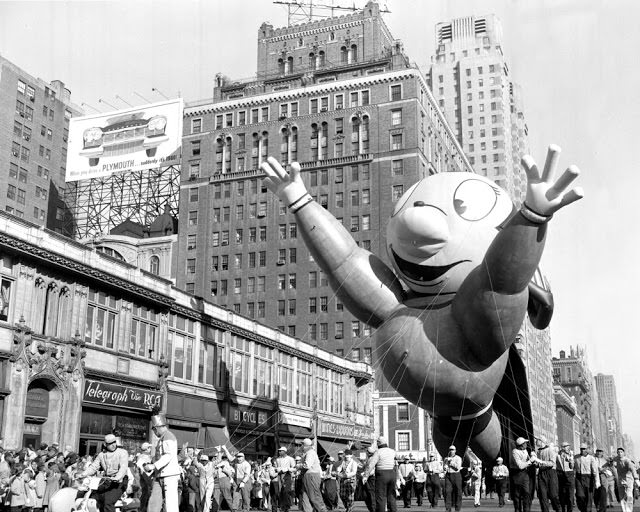 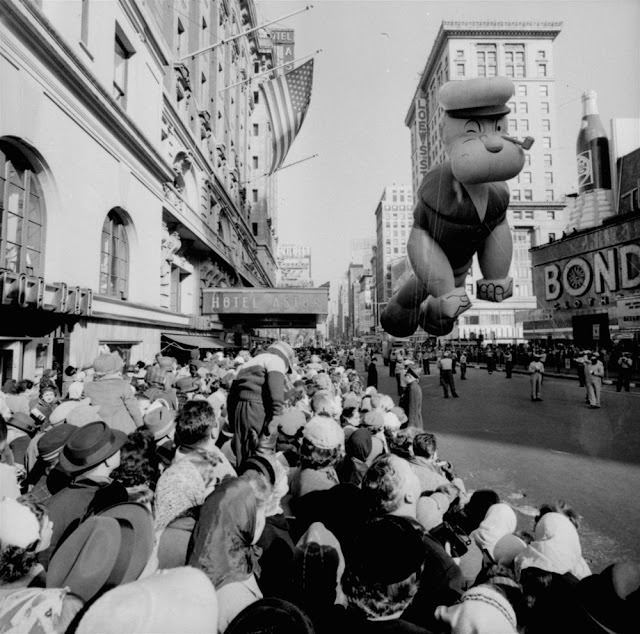 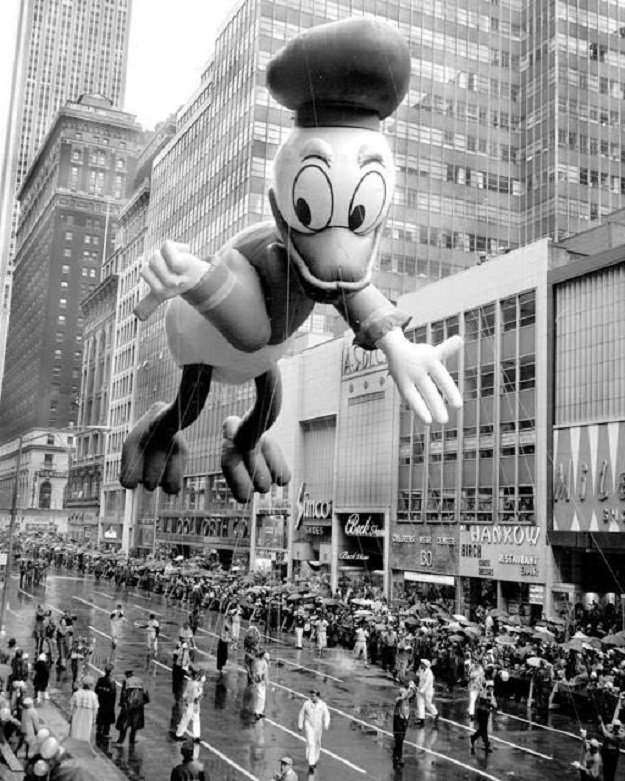 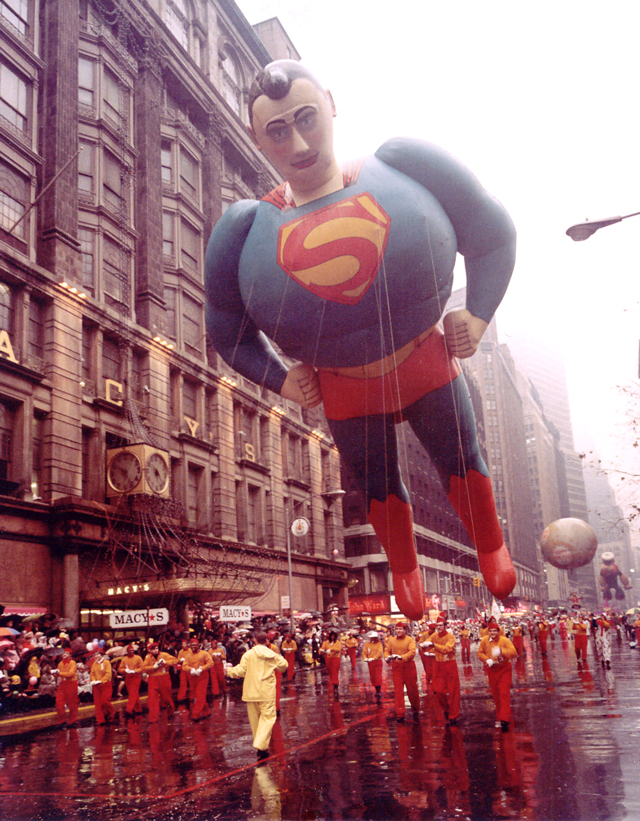 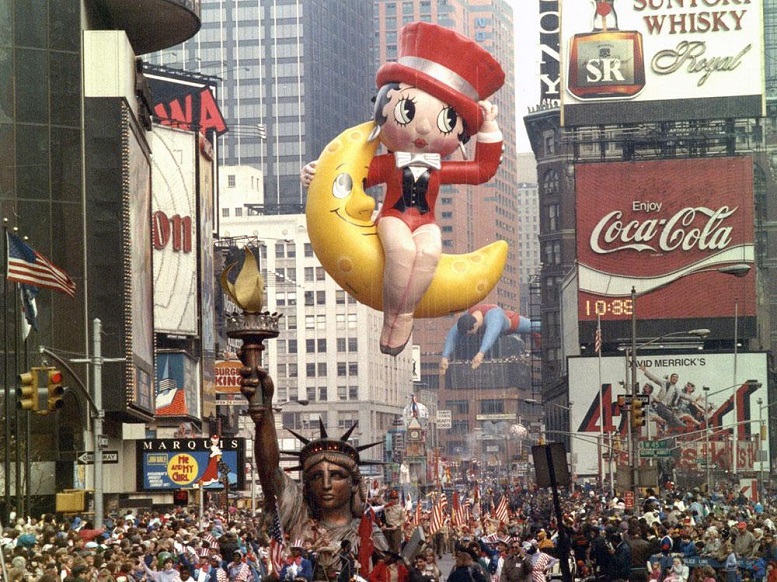 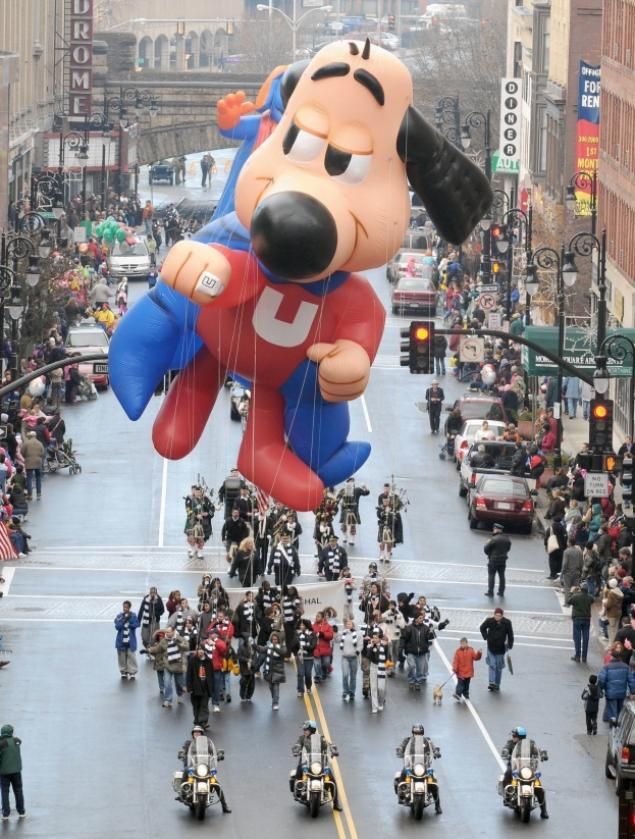 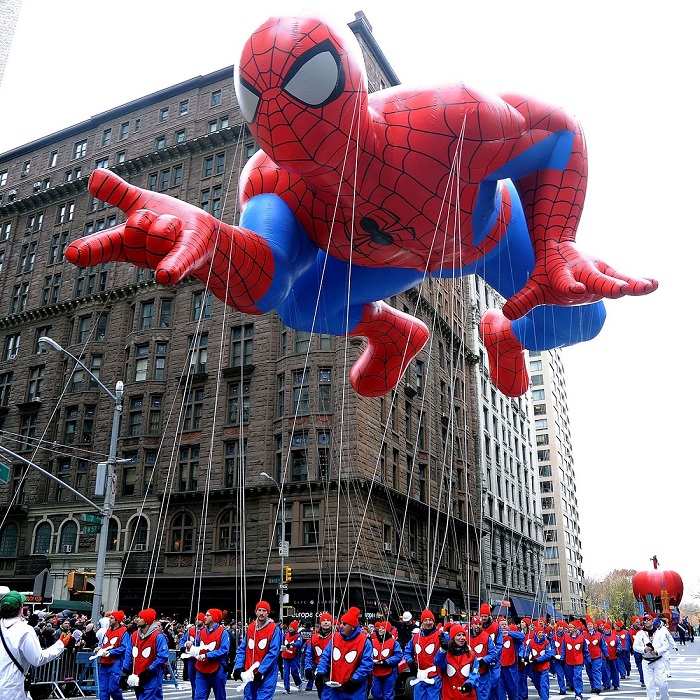