You got the Silver… 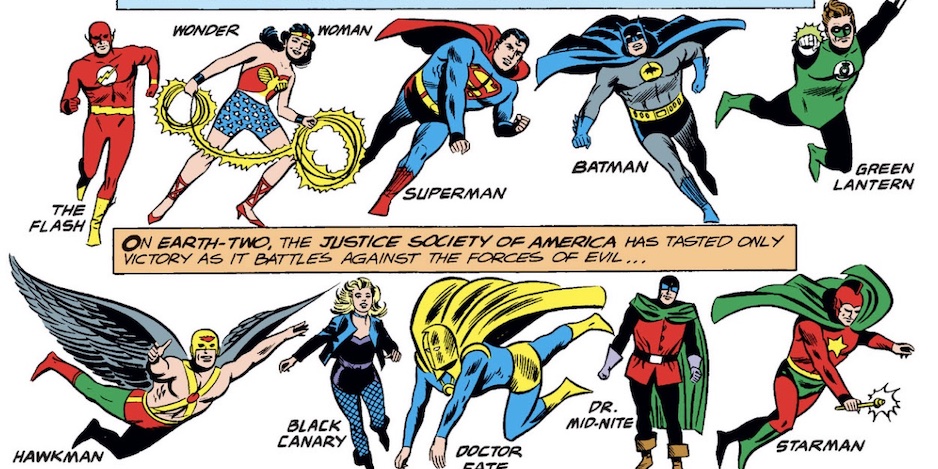 Summer in the Silver and Bronze Ages meant all the usual things: swimming; running around until you were filthy, gross and disgusting; going to the amusement park; chasing the ice cream man; riding bikes; playing ball; and reveling in that sweet, sweet air conditioning, if you were so fortunate.

But for DC Comics fans, it meant more — the annual meeting of the Justice League of America and Justice Society of America, a Multiversal happening that began with 1963’s JLA #21 and ended with the yearlong Crisis on Infinite Earths in 1985. 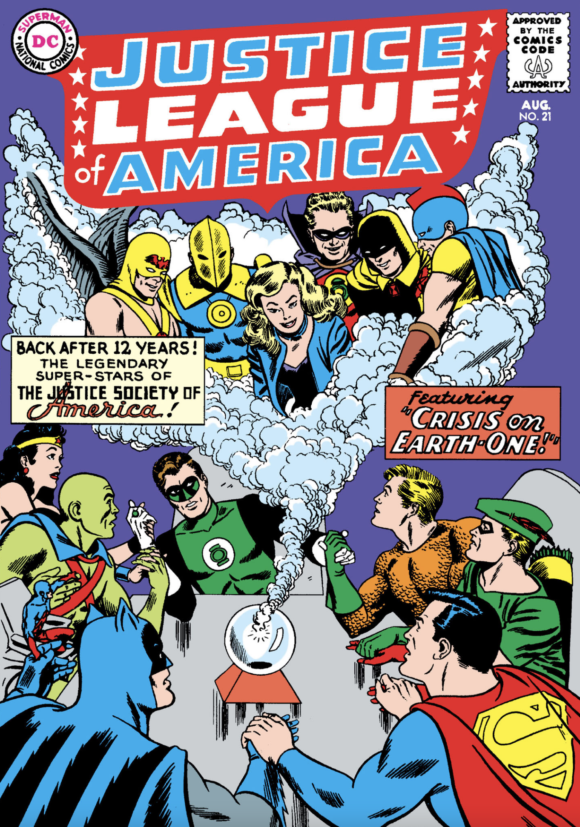 This summer I’ve been re-reading a bunch of these events, particularly those from the ’60s when the whole concept was still fresh, bright and new. And besides the stories themselves, a particularly cool aspect of these issues is that they featured especially groovy splash pages often adorned with — wait for it — FLOATING HEADS!

Given that it’s the beginning of July, dig these 13 SUMMER SPLASH PAGES: THE JUSTICE LEAGUE MEETS THE JUSTICE SOCIETY in the Silver Age.

(One note though: Not all the opening splash pages of these stories were that special, so I’ve substituted a selection of interior splashes to round out the gallery.) 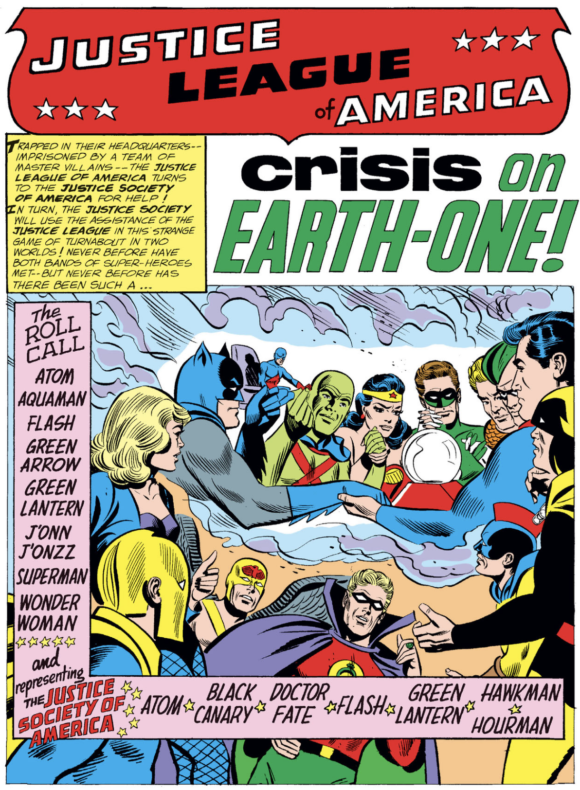 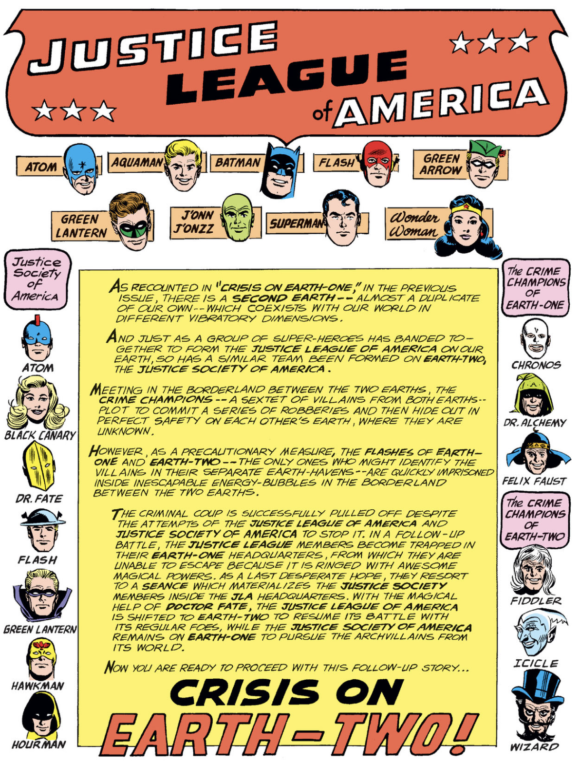 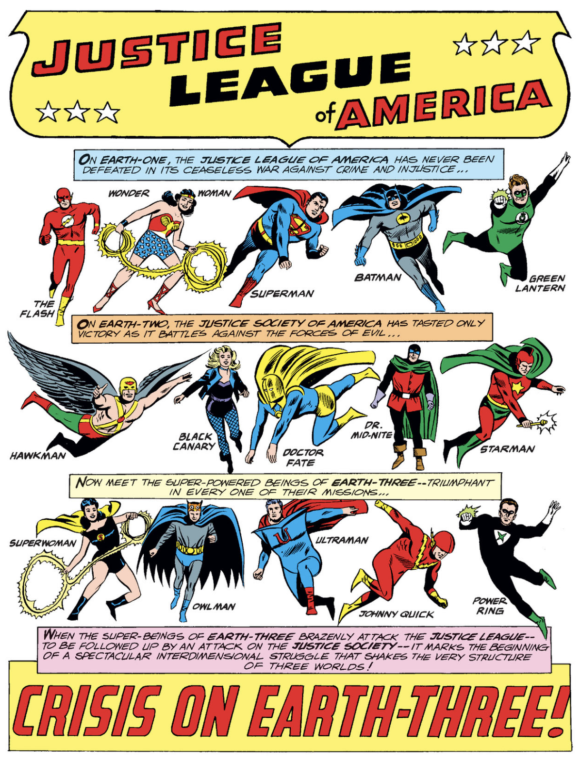 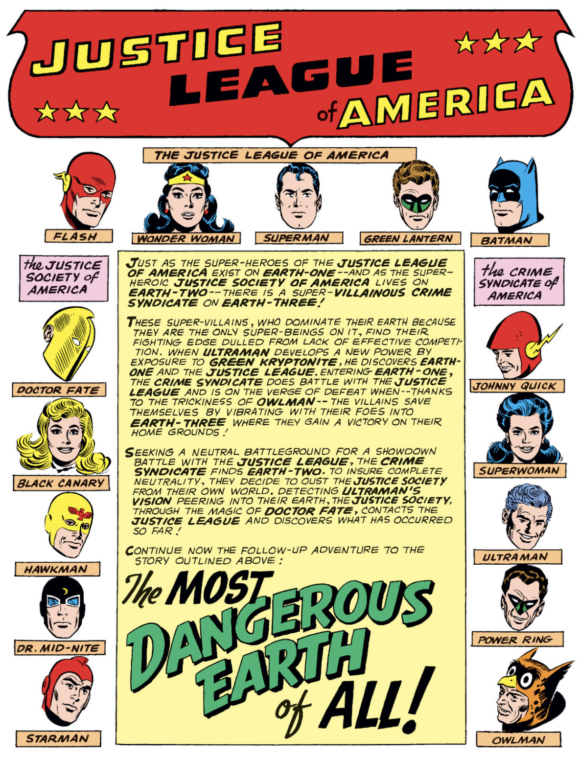 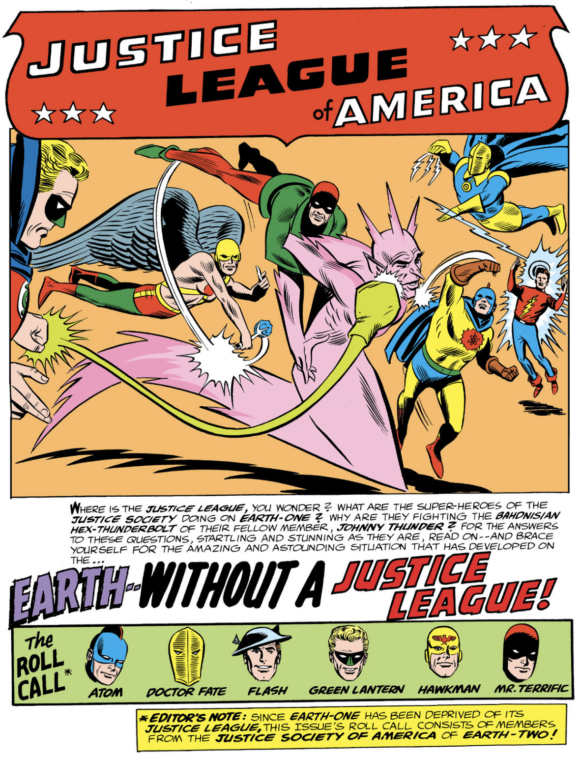 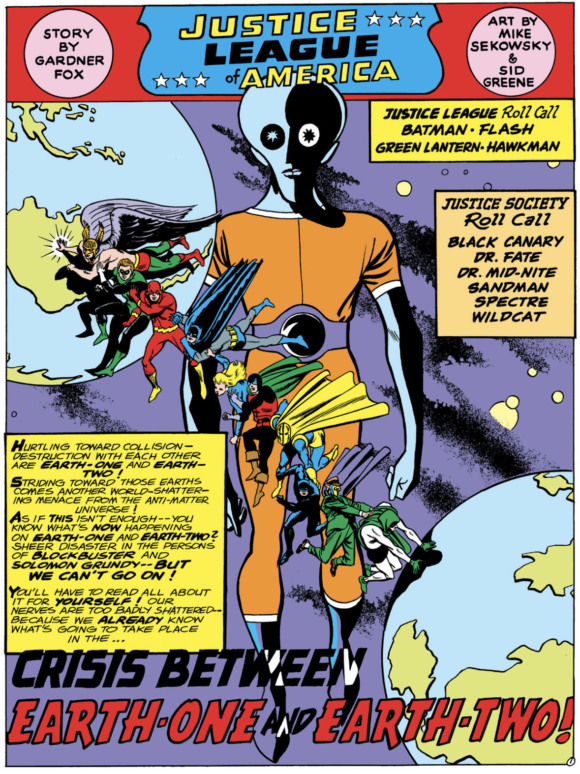 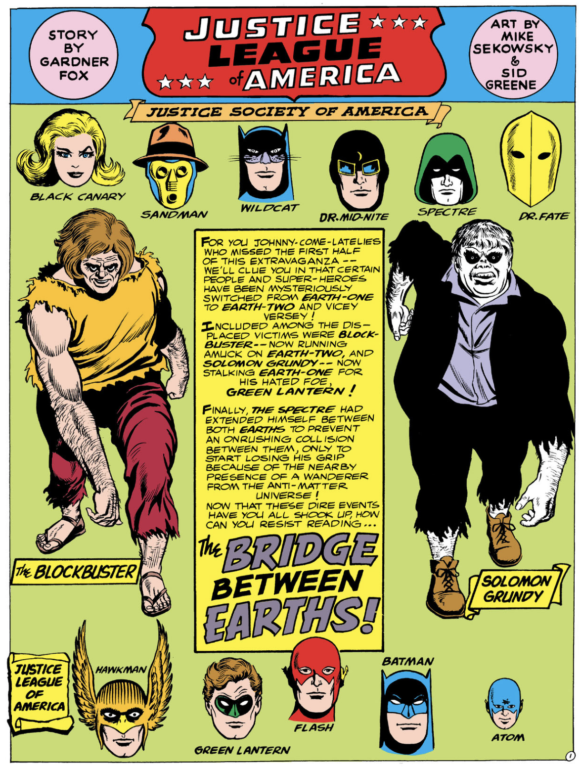 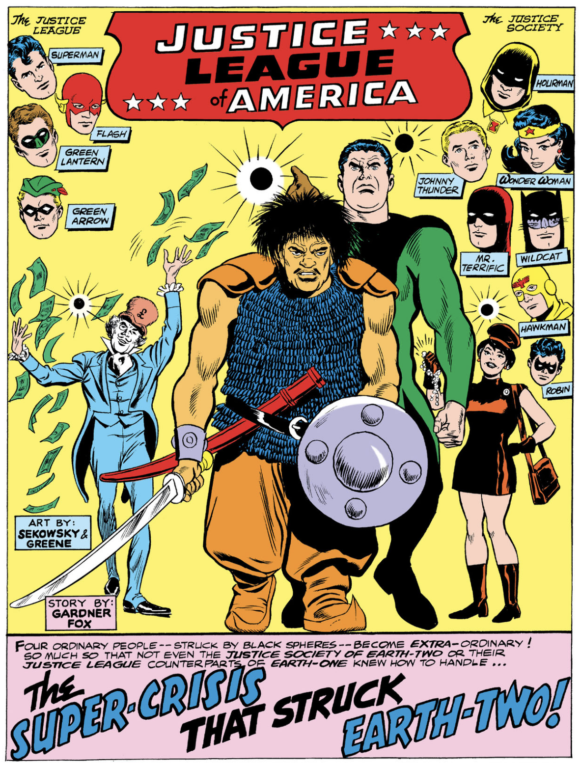 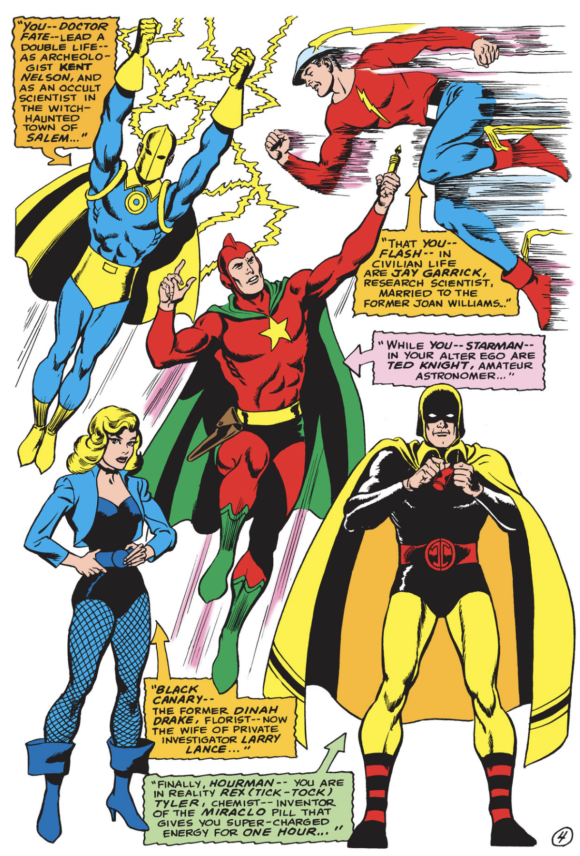 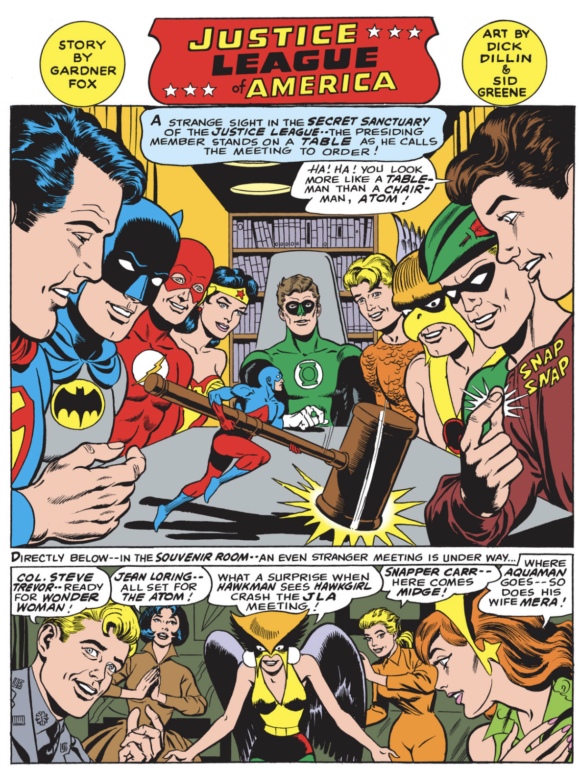