13 Reasons Conan the Barbarian is Vastly Inferior to HELLCOCK!

And by Hellcock, I secretly mean the writers of Allen: Son of Hellcock — Will Tracy (Last Week Tonight With John Oliver, The Onion) and Gabe Koplowitz (Viceland).

These guys are putting out the funniest Conan send-up since Groo, about a slacker who really has no interest in the family business. The graphic novel, illustrated by Miguel Porto, is due out on Halloween from Z2 Comics — and it’s already gotten the attention not only of Will’s boss John Oliver, but the likes of Dave Eggers and Tom Hanks.

Seriously, Tom Hanks. America’s sweetheart. They even have a blurb to prove it: “The Fatheads who wrote Allen: Son of Hellcock don’t laugh at jokes. No. They listen, then nod their heads, sagely, and make comments like, ‘Ah, yes. That is quite funny,’ and ‘I see what you are doing, verbally, with the use of outrage-e-osity vis-a-vis logic.’ They make up words like ‘outrage-e-osity’! Honestly! I have no time for any of them…”

And with that, here are 13 REASONS CONAN THE BARBARIAN IS VASTLY INFERIOR TO HELLCOCK — written by Hellcock himself: 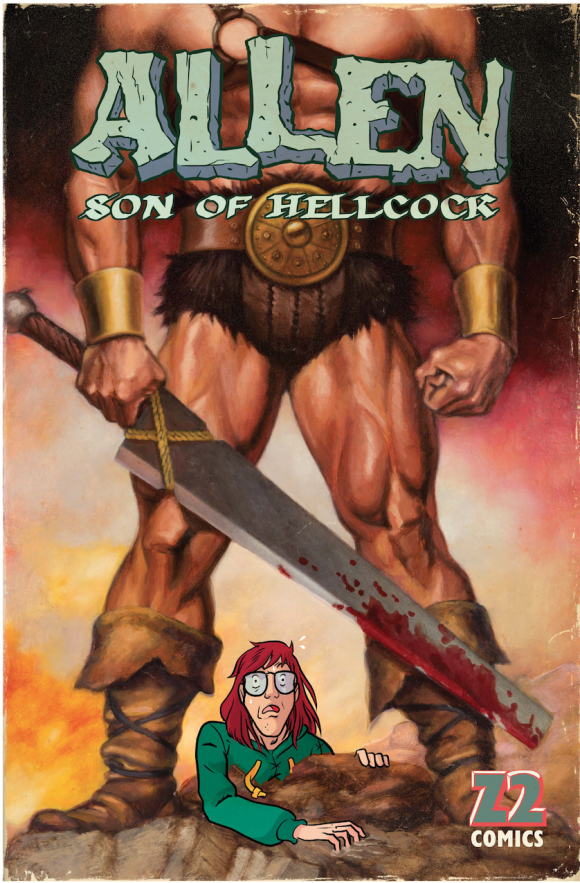 1. His sword is a glorified kitchen knife that doesn’t even have a cool name. Besides slaying foul beasts and irksome trolls, a sword’s purpose is to have a commanding name that strikes fear into the hearts of one’s enemies. Conan’s sword, which was made by fish people — verily, FISH PEOPLE! — does not even havea name.

2. Conan’s hair is dumb and looks like straw. ‘Tis true and beyond the realm of argument that Conan’s mane — if one may even refer to said rat’s nest as such — ‘twould not be fit for a harpy’s merkin.

3. I heard Conan ate a goblin once. Verily, I cannot prove such an event didtake place. Ah, but more verily still, nor can Conan himself prove that it did nottake place! For, lo, ’tis harder to prove a negative than to bed the Perfumed Empress of Zyfidel. 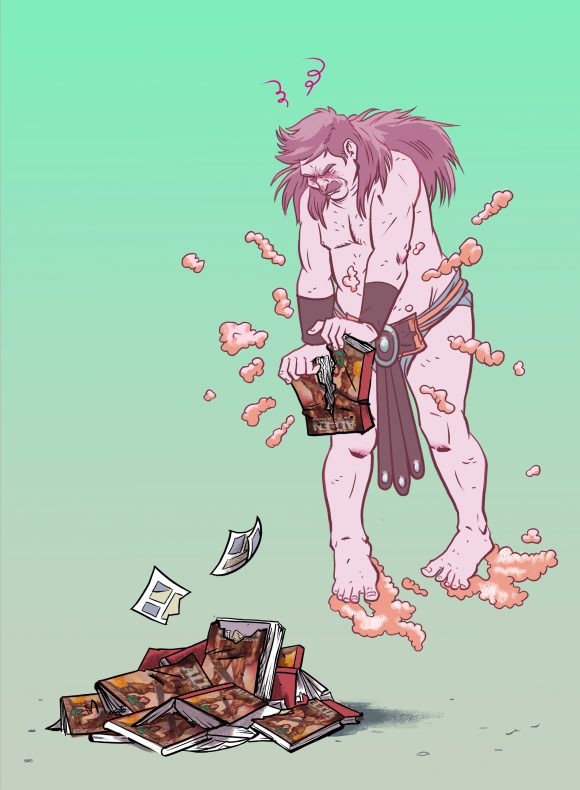 4. Anaxor the Ape Lord is a feckless simulacrum of Pax the Unruly Simian. Aye, ’tis almost as if a grievous and possibly legally actionable charge of plagiarism could be made.

5. Conan couldn’t lift the Wretched Boulder of G’thul even if he possessed the Jeweled Gauntlet of Veng the Unblessed. ’Tis an insignificant boulder that could be hoisted by the least-enchanted orphan of Pickle Glen.

6. Conan is not unnerved by horse-donkeys. Horse-donkeys are an affront to Asmyr that must be avoided at all costs. Even my mouse-genital’d halfwit of a son, Allen, knows this. 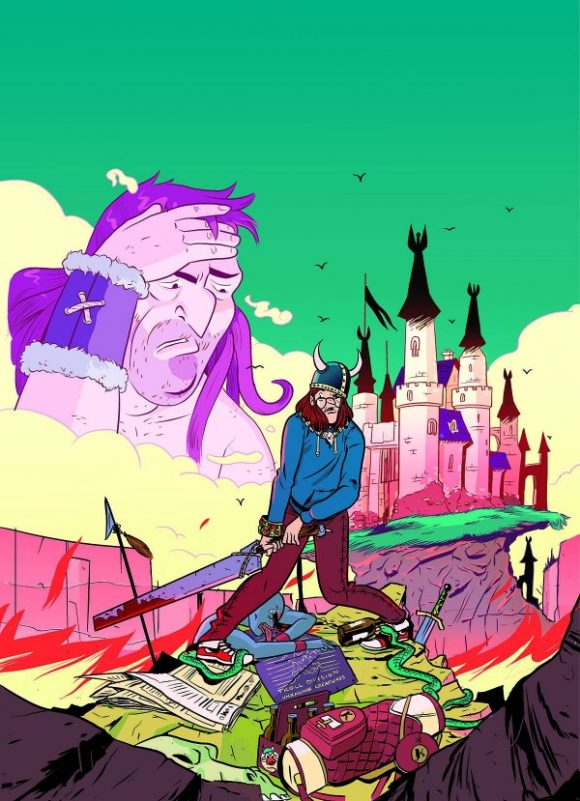 7. Lord Krong the Maleficent is a far tougher arch-enemy than Dark Wizard Thoth-Amon. To even begin to argue this point would be an insult to the Inter-Net, which I am told is a most just, well-reasoned, and civil place of discourse.

8. Conan doth not understand the true value of character licensing. Lo, hath Conan penned a listicle such as this? I should say not! Aye, for Conan knows not the value of savvily establishing one’s digital brand across multiple verticals in a quest for unique views and an increased click-through rate.

9. Conan’s loincloth is tacky. One almost wishes to inform Conan upon seeing him, “Aye, the prior century hath called! It wants its loinclotch back!”

10. Conan likes Fresca. Aye, tis true that this is not my most fearsome accusation, as I do enjoy a goblet of Fresca myself on occasion. ‘Tis amusingly effervescent and redolent of citrus!

11. Conan cried during Manchester by the Sea. Verily, I saw with mine own eyes! He weeped heavy damsel tears when the ravishing Michelle Williams greeted her former liege on the street. ‘Twas a grave humiliation!

12. Conan has enjoyed none of the benefits of dying and becoming a slovenly ghost who berates his disappointment of a son, Allen. And the benefits are indeed bountiful! Read more of the delightful humiliations heaped upon my feckless progeny in the gilded Picture-Book Allen, Son of Hellcock from Z2 Comics.

Allen: Son of Hellcock is out 10/31. Oh, and if you’re at New York Comic Con, watch out: The heralds cry that Hellcock is wand’ring about the place.