13 Reasons Comics Are Awesome For Girls

If you haven’t been following the story, Marvel is getting a ton of heat because an exec linked dropping sales to increased diversity in its titles. Nothing about this issue is simple, and you can check out just one take on it here.

I will say this: Comics are — and should be — for everyone. And everyone, especially children, should be able to find material that celebrates people who look like them, sound like them and live like them — while also exposing them to those who don’t.

Papercutz is but one publisher that’s embracing this notion, with a new line of graphic novels geared toward girls, launching in May. The line, called Charmz, features three debut titles: Stitched, by Mariah Huehner and Aaron Alexovich, about a “patchwork girl” who wakes up in a graveyard with no memory; Chloe, by Greg Tessier and Amandine, about a girl’s travails at a new school; and Sweeties, by Veronique Grisseaux and Anna Merli, adapting the popular Chocolate Box series of juvenile novels. 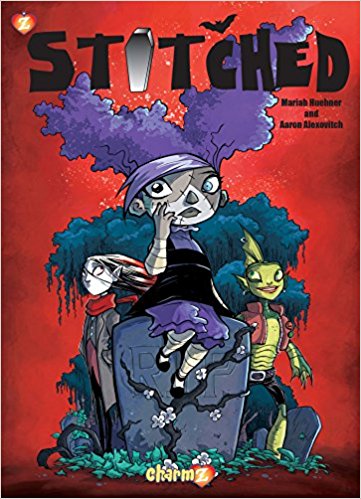 Huehner is also the line’s editor and she’s put together a list for us: 13 Reasons Comics Are Awesome For Girls.

And no, this is not a Papercutz ad. Mariah has a lot on her mind, and you’ll find a lot of valuable insight below, whether you’re into DC, Marvel, IDW, Dark Horse, Image and so on…

I’ve been a writer and an editor of graphic novels for over a decade and often people who don’t read graphic novels — or haven’t read a comic book in a long time — ask me which comics I would recommend for a young girl. But even people working in the industry can lose sight of just how many readers are coming to the medium for the first time. It can be daunting, but there has never been a better time for a young woman to discover comics. Why now?

1. So. Many. Different. Stories! There are so many comics out right now from so many different creators and publishers that it’s almost impossible to keep track of them all. It’s an embarrassment of riches, which makes it so much more fun to discover new books or books that are new to you. Small publishers, big publishers, everyone is creating awesome books. Charmz, for instance, is an entire line of graphic novels for tween/teen girls focusing on romantic adventures from graveyards to pirates, to space odysseys. I’m the editor of the line, so I’m biased but I think this is an idea that will inspire and interest a lot of readers, new and seasoned. 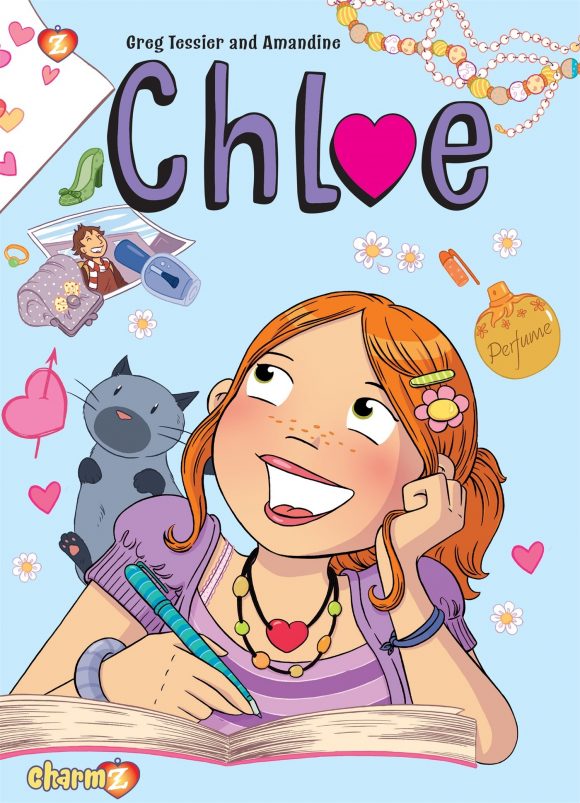 2. There’s no such thing as one type of book that’s “for” girls. Other than great stories that feature awesome female leads of all kinds. Every genre, every art style, everything you can imagine is being made, right now. Like romance dramas? We got ‘em. Prefer fantasy, sci-fi, horror, autobio, or combinations thereof? Yep!

3. There are all kinds of women making comics specifically for other women and girls who really care about the stories they’re telling and their audiences. They know stories matter so they’re creating ones that do. You can’t go wrong checking out works by: Kelly Sue DeConnick, Emma Rios, Sophie Campbell, C. Spike Trotman, Afua Richardson, Babs Tarr, Fiona Staples, Kate Beaton, Fiona Stephenson, Isabelle Melancon, Ming Doyle, Jill Thompson, Raina Telgemeier, Katie Cook, Taneka Stotts, Amy Chu, Tess Fowler, Shelly Bond, Jules Rivera, Kata Kane, and so many more. With a rich history of women creating comics, you’ve got a ton of work already out there to pick from and discover. Plus new books are coming every day! Some of my personal favorites: Nell Brinkley, Marjorie Henderson Buell, Tarpe Mills, Trina Robbins, Lynda Barry, and many more. 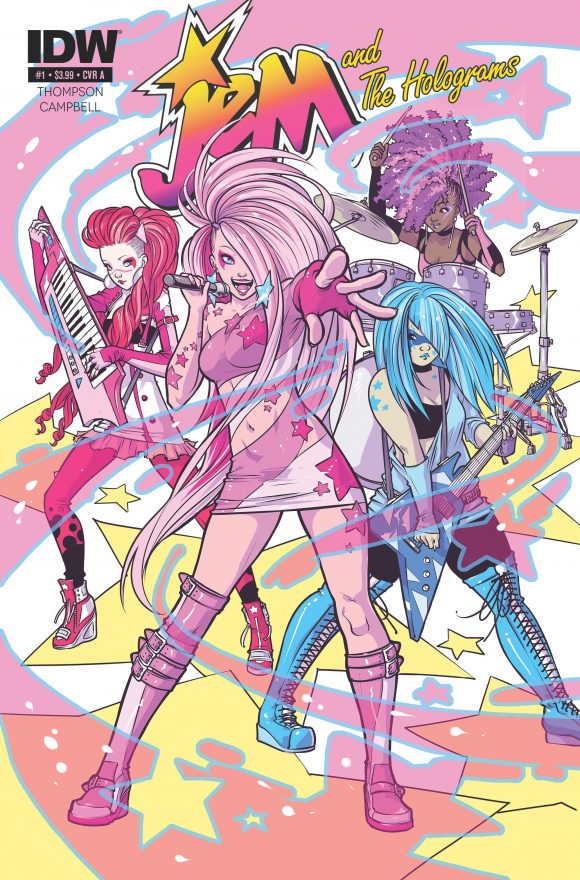 By Kelly Thompson and Sophie Campbell

4. The characters! They’re complex, they’re interesting, they’re weird, they’re flawed, they’re good and bad and everything in between. I’m personally obsessed with the hauntingly poetic western/horror of Pretty Deadly by DeConnick and Rios. The main character is Death’s daughter, a reaper who rides a smoke horse in search of retribution. 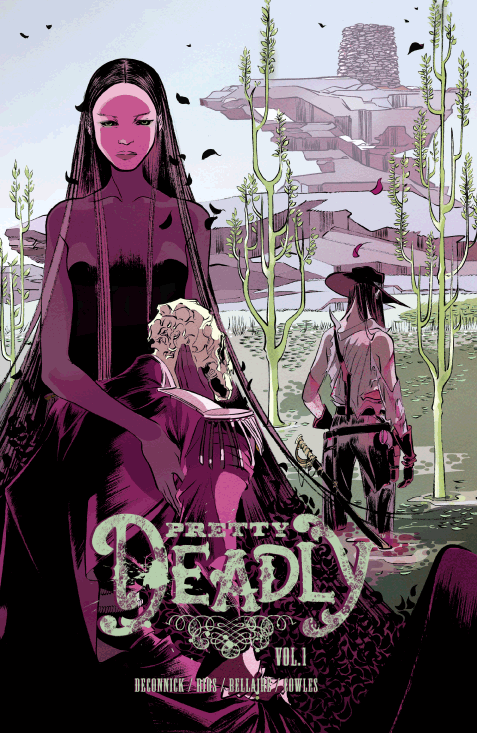 5. More women are working in comics right now, behind the scenes, from editorial to art, than ever before. Whether you’re already passionate about comics or just getting into them, there a lot of opportunities to make comics, share, and get involved with the entire medium.

6. There are lots of great comic shops today. Check out the Comic Book Store Locator to help your find your local stop for all things comics. You can also check out Beware the Valkyries, a group of women comic-shop retailers who can give you recommendations and great places to shop at!

7. Once upon a time, it could be hard for a new reader to discover comics, if you didn’t live close to a comic book store. Not anymore! Books stores, comic shops, webcomics, Tumblr, Patreon, your neighbor, your BFF, the library. There are more outlets for great work now that ever and even more places to find it. 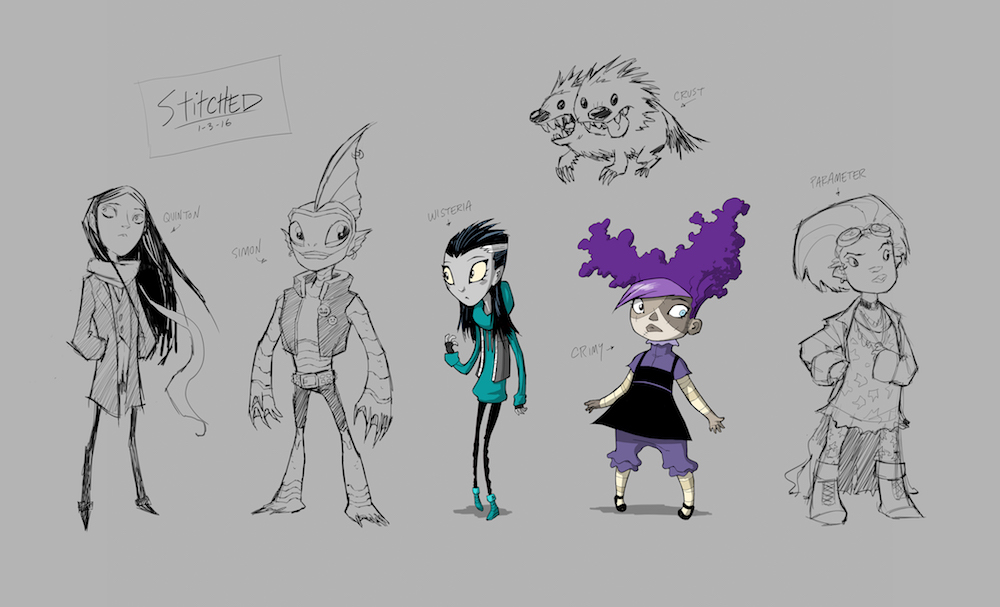 8. The stigma about girls not reading comics has improved a LOT over the few years. It never made sense as an assumption to begin with, but these days fandom, conventions, creators, and shops have all embraced this audience. Yeah, some people are still boogers about it but that attitude is becoming obsolete. And good riddance!

9. Community! There has never, ever, been a time like now for finding your comics community of fellow enthusiasts. Everyone is welcome, everyone is encouraging and supportive, and everyone has a voice. One of the best ways to experience new work and get involved are online groups. You can find them on Tumblr, Facebook, Twitter, and more. There are also all kinds of great online and IRL communities where you can share work you love, work you do, and whatever else you love (cosplay, geek crafts, surfing!) with others who love the same things

10. Speaking of art, what are you into? Painted, black & white, manga, surreal, stick figures? We’ve got it. There are no shortages of styles and artists to discover, with all kinds of influences and expressions. Whether you want a superhero adventure by Amanda Connor or an abstract, emotional journey with Lynda Barry, you’re going to find something to love. 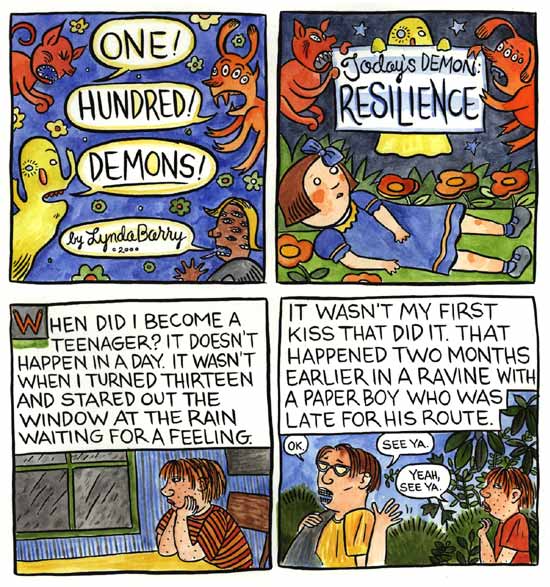 12. Fun! Comics are more fun now than they’ve ever been. There are no limits, no rules, no boundaries, no story you can’t explore or tell! 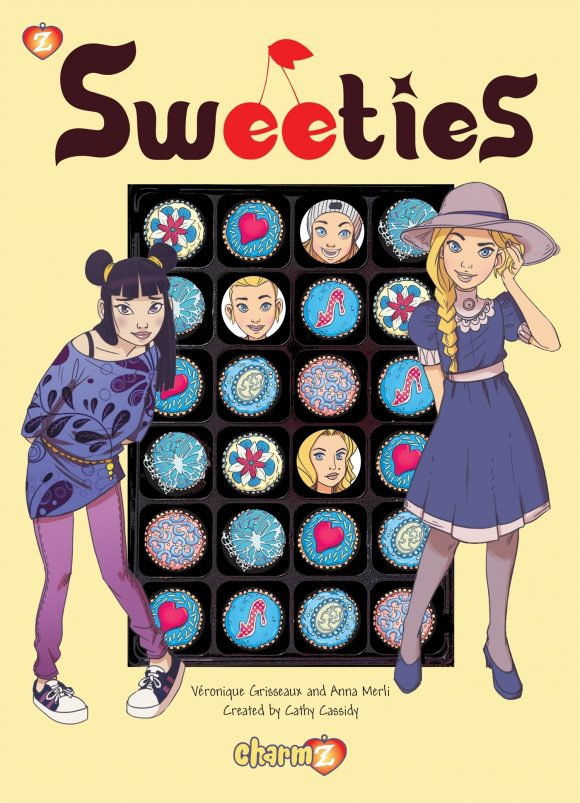 13. The best-selling cartoonist Gene Luen Yang is the National Ambassador for Young People’s Literature. This month he’s launching a cool program called Reading Without Walls to promote diversity in reading. There are thousands of schools, libraries, bookstores, and comics stores celebrating Reading Without Walls. There’s never been a better time to read a book about a character who doesn’t look or live like you.