I’ve long contended that George Martin was the real Fifth Beatle, an honorific bestowed by fans and critics alike. His impact on their music was considerable and it’s about the music, isn’t it? Well, yes and no. It’s also about the mystique, the image, the business, the machinery that transformed the zeitgeist. And that’s where Brian Epstein comes in.

Vivek J. Tiwary’s Eisner-winning The Fifth Beatle from Dark Horse hits paperback in bookstores this week and if you’ve not read it, you’re cheating your Beatle fan within. The graphic novel, lushly illustrated by Andrew Robinson and Kyle Baker, is one of the most moving portraits of Epstein you’re likely to see. It’s a Beatles book, yes, but Epstein is most definitely the headline act. (Plus, the new edition has fresh bonus material, like Baker’s re-do of the Help! album cover.) 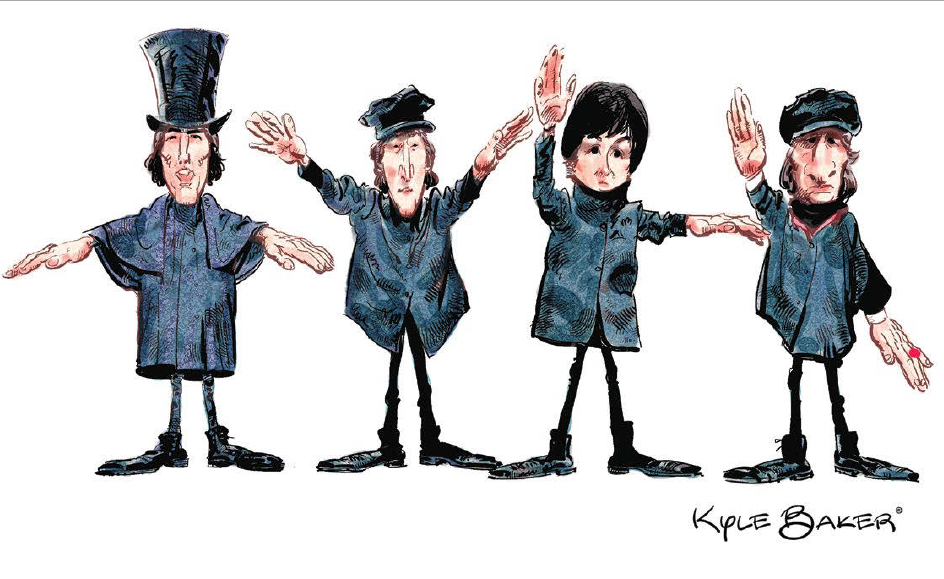 So here’s Vivek, with 13 Reasons BRIAN EPSTEIN is THE FIFTH BEATLE. For more on the book itself, check out thefifthbeatle.com — Dan

“If anyone was the Fifth Beatle it was Brian. People talked about George Martin as being the Fifth Beatle because of his musical involvement but, particularly in the early days, Brian was very much part of the group.” 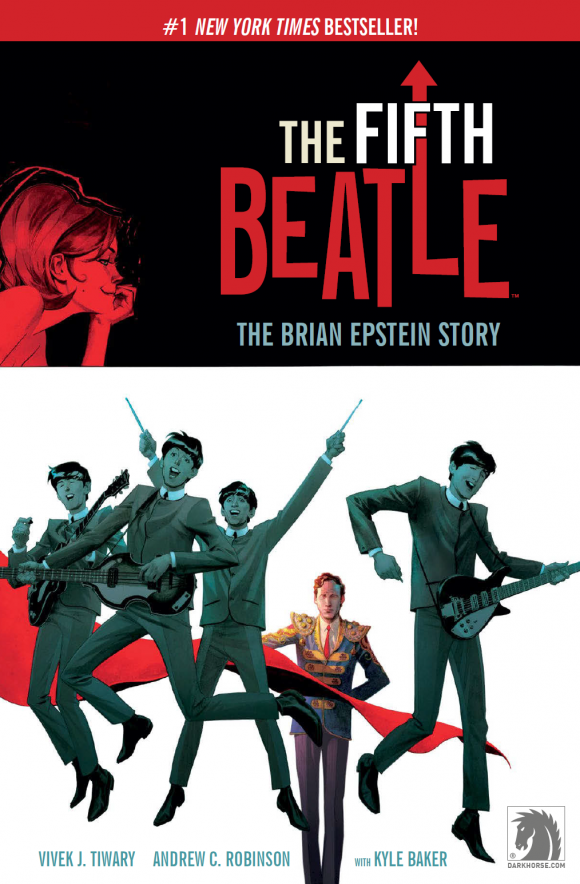 1. He stopped the Beatles from smoking, drinking, cursing, and eating sandwiches onstage.

2. He crafted the Beatles’ early image of suits and haircuts, devised the famous Beatle bow, and taught them how to be professional.

3. He secured a record deal for the Beatles after every record label had passed, and convinced George Martin to produce them (Brian and George initially bonded over their love of classical music).

4. He made his family, friends and employees buy Beatles records and call the BBC to influence the charts—long before these were common music business promotional practices.

5. He organized John Lennon’s wedding and served as best man after John got Cynthia pregnant, making sure everything was handled gracefully while not affecting the developing Beatles’ future.

(5.5. John asked him to be Julian Lennon’s godfather.) 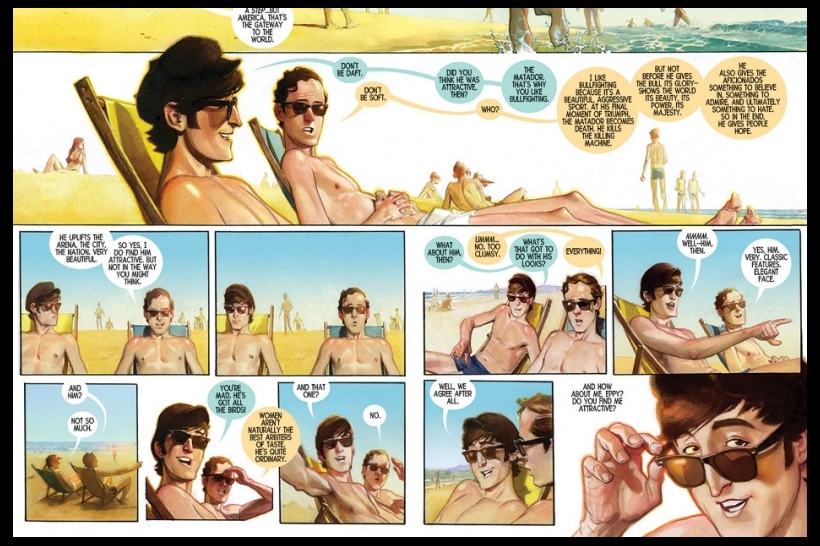 6. He secured a visionary merchandising deal for the Beatles. This deal would later be criticized for its financial details—overlooking the fact that it existed at all! Before Brian, no musicians pursued merchandising. If a band made T-shirts, it was for promotional use, not for sales. Brian’s merchandising efforts were visionary.

7. He convinced Ed Sullivan to book the Beatles when a British band had never made an impact in the United States.The Beatles were unknown here, and Sullivan was not interested.

8. He secured the Beatles performances in massive international venues that had refused to host rock bands—from football stadiums to Japan’s Budokan.

9. He calmed down the Religious Right, successfully removed death threats placed on the Beatles, and convinced John Lennon to apologize after John told the press, “Christianity will go. It will vanish and shrink. We’re more popular than Jesus now.” 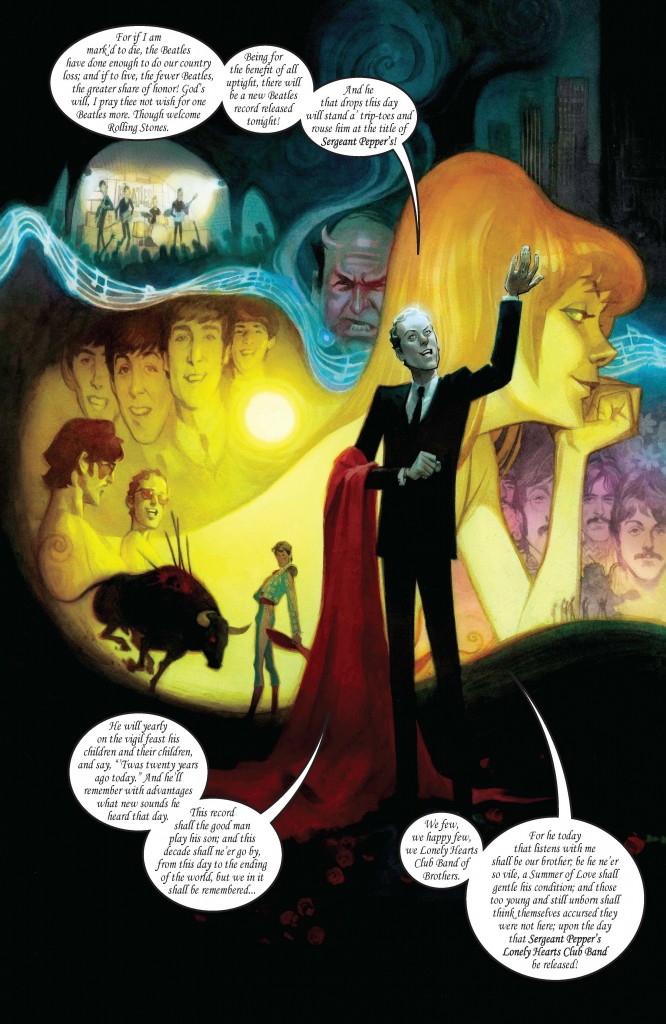 10. He convinced EMI to allow the unorthodox recording and instrumentation of Sgt. Pepper’s Lonely Hearts Club Band, despite the record label’s fears that the songs were “too druggy” and would irreparably tarnish the Beatles’ image:

“It’s time for a new image! Have you looked at the United States? The Beach Boys have released an album called Pet Sounds and in Los Angeles there’s a group of boys who call themselves the Doors…” —Brian Epstein to EMI Records, 1967

11. He sought and received permission from all the individuals (or their estates) featured on the cover of Sgt. Pepper’s Lonely Hearts Club Band, thereby convincing a nervous EMI Records to release the cover artwork as-is. The backup plan was to release Sgt. Pepper’s in brown paper bags.

12. He booked and organized the Beatles’ performance on Our World, a TV event that would be broadcast to a record-breaking 400 million people. The Beatles then wrote a special song for the occasion—“All You need is Love.”

13. He died lonely at the age of 32, never having had a true boyfriend—and having dedicated his entire adult life to helping the Beatlesspread their message of love around the world. 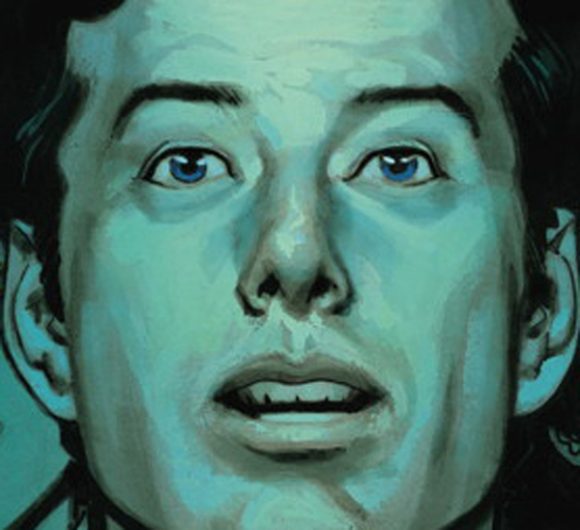 And I could go on… which I do, in my graphic novel The Fifth Beatle: The Brian Epstein Story, out now in an Expanded Edition paperback with bonus art, essays, and more!

The above list merely scratches the surface, not even touching upon the personal side of Brian’s life, which was equally inspirational. Brian Epstein was gay when homosexuality was a felony, Jewish at a time of pervasive anti-Semitism, and from Liverpool when the town had no cultural influence whatsoever. He was the ultimate outsider chasing impossible dreams.

I am confident that it will inspire anyone who’s ever dared to believe in a dream.