13 QUICK THOUGHTS: The BATMAN ’66 Variants YOU Want to See From Figures Toy Co.

The results are in: These are the Batman ’66 figures and items that you, the fans, are most interested in seeing from Figures Toy Co. …

A couple of weeks ago, I ruminated on what I’d still like to see from Figures Toy Company as far as the Batman ’66 line is concerned.

See, variants are a double-edged sword — they seem to alienate fans as often as they excite them. But the number of actors whose likenesses the company hasn’t used yet is down to two: Julie Newmar and Eartha Kitt — and I fully expect that we’ll see them soon enough.

That the number of likenesses is drying up is actually a testament to what the company’s done with the line. They’ve gone all in and produced every character they can in the confines of the Warner Brothers license. 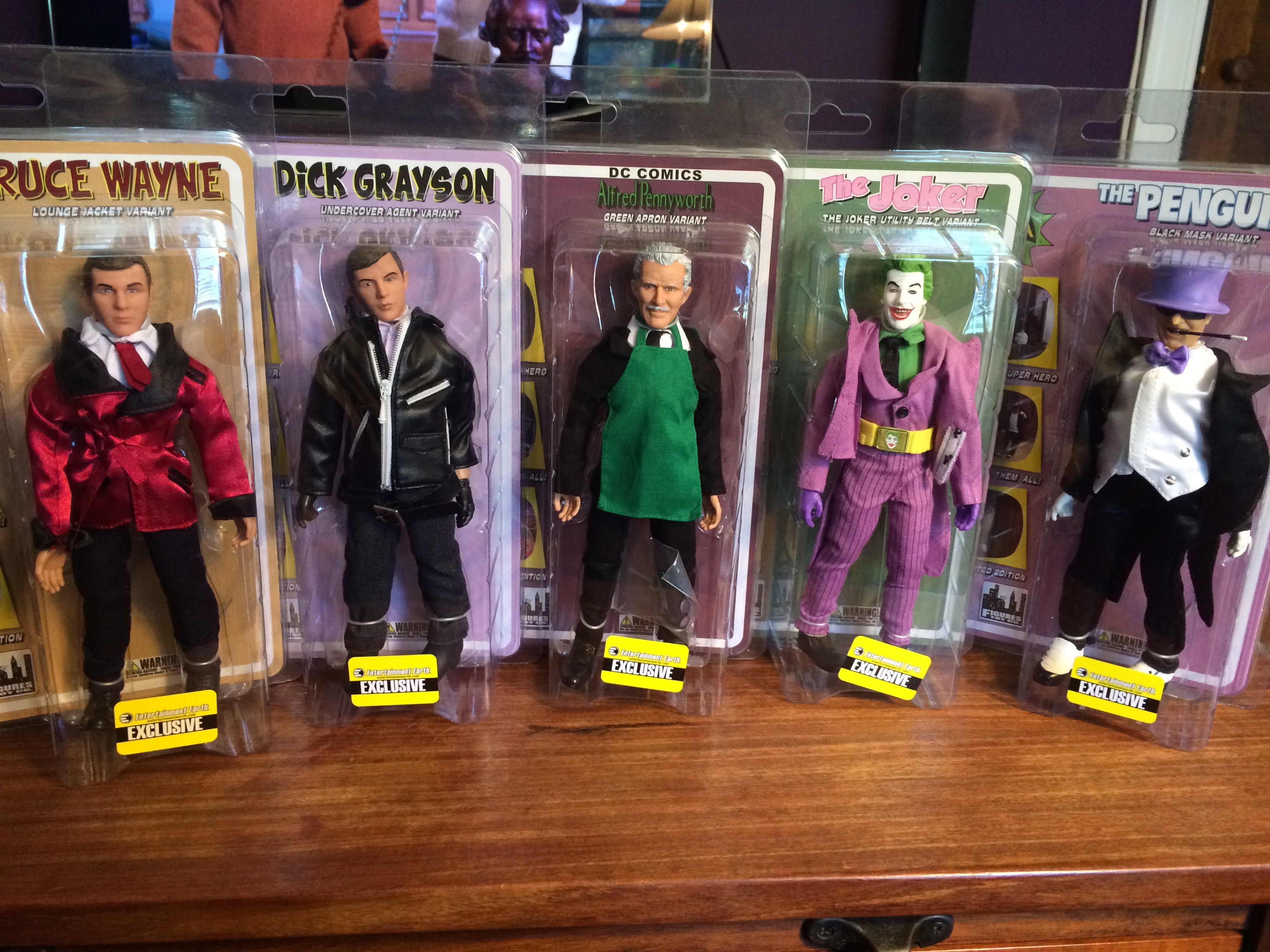 So what’s left? Those controversial variants, or accessories. (Vehicles don’t really seem to be on the table and the forthcoming World’s Greatest Heroes Batcave is practically a ’66 Batcave anyway — that’s clearly where Mego got its design inspiration.)

Well, you’ve seen what I think — and if you haven’t, click here. What follows is how you responded, across a variety of web platforms. I read through all the responses and wrote up the trends. I have to point out that not everyone seemed clear on the notion that certain actors just aren’t allowed to be used — no Neil Hamilton for Gordon or Lee Meriwether for Catwoman, for example. But I’ll address that as I go …

1. Far and away, the most popular variant was Frank Gorshin’s Riddler in his suit and tie. Presumably, this is without the mask. I imagine that if/when FTC gets to this, it will be a hit. 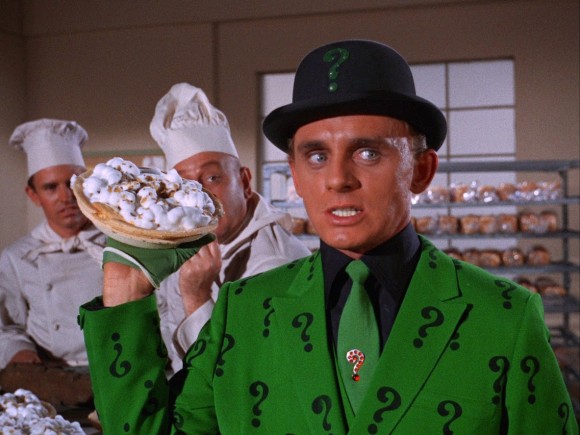 2. Here’s a Batman variant I wish I’d thought of: Screen Test Batman (first suggested by reader Jason Winkworth). This is so obvious and so easy. It could even be Removable Cowl. 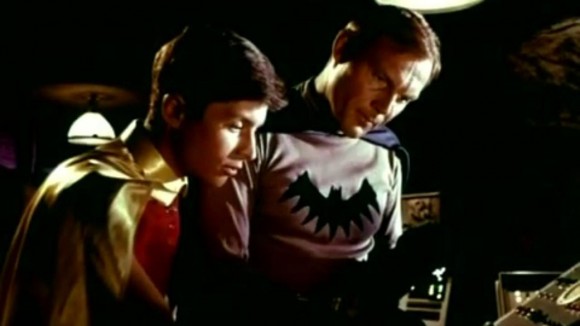 3. It’s interesting that just this week, Figures Toy Company announced that it would be selling select figures in factory bags, for a reduced price. I think this is a wise move for a certain segment of collectors. For example, a Screen Test Batman would not necessarily have to be sold at the full, packaged price. (Though having the screen-test images on a clamshell card would be pretty great.) But you get my point. Mego in the ’70s sold certain items mail-order only, with minimal packaging. FTC could do the same in specific cases. 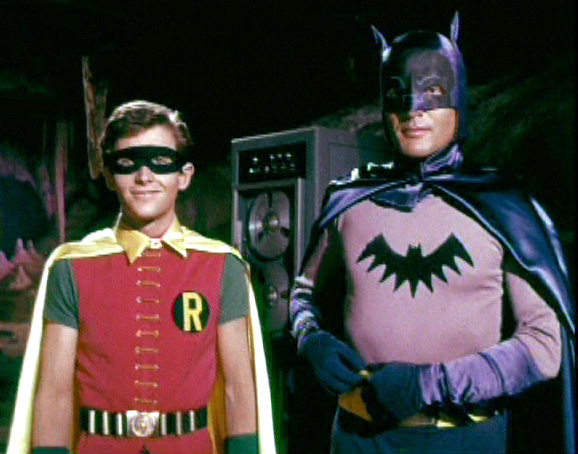 4. As I figured, there was demand for Alfred as Batman. One reader, Lou Szabo, even went so far as to Photoshop an image to show you what it could look like. I’d go for that — even though I already have both figures. 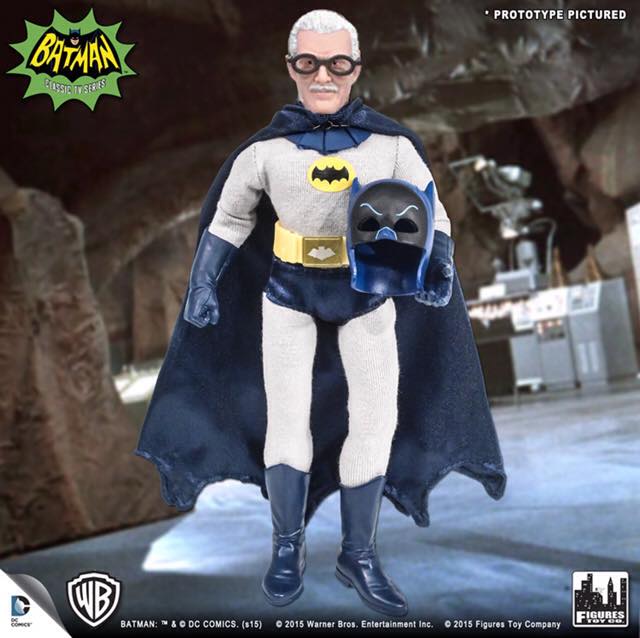 This is NOT a real variant. Reader Lou Szabo created this image using Figures Toy Company pix. But maybe we’ll see something like this soon enough …

5. Surfer Batman and Joker were also in obvious demand. This is such a natural, especially since a lot of Batman ’66 fans were frustrated by Mattel’s handling of the line. I do have a hunch that this is a case where fans might rather see the baggies and surfboards as separate accessories for a reduced price. I can also see this as a specially priced two-pack. But fans will revolt if these figures are offered as an expensive retailer exclusive.

6. Speaking of, Buzzy and Duke (undercover Gordon and O’Hara in the surfing episode) received support. I’d love these, obviously, but Gordon’s not available. Except … 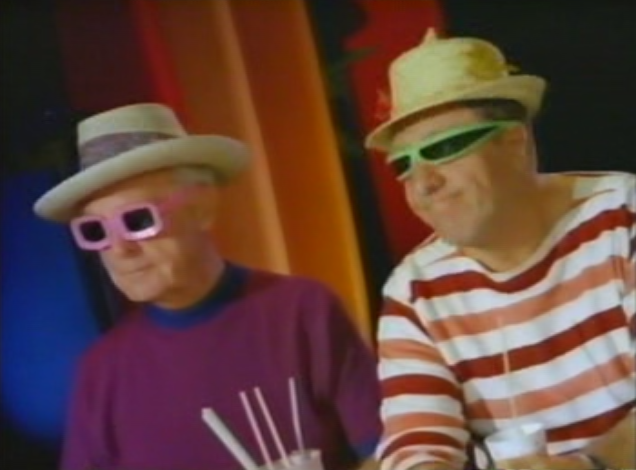 7. DC got away with using a lot of characters in the Batman ’66 comic for which they didn’t have actors’ likenesses. They were able to adjust the look or faces in such a way that they were still able to do, say, Olga (Anne Baxter) and Aunt Harriet (Madge Blake). Perhaps Gordon could be done in surf gear because his disguise obscures his face…

8. Which brings us to … False Face. Reader Lou Szabo was again among the clever folks who suggested this figure. The reason is we never saw actor Malachi Throne’s face — just the translucent mask over it. Figures Toy Company might have just enough wiggle room to produce a figure for one of the show’s cult favorites. 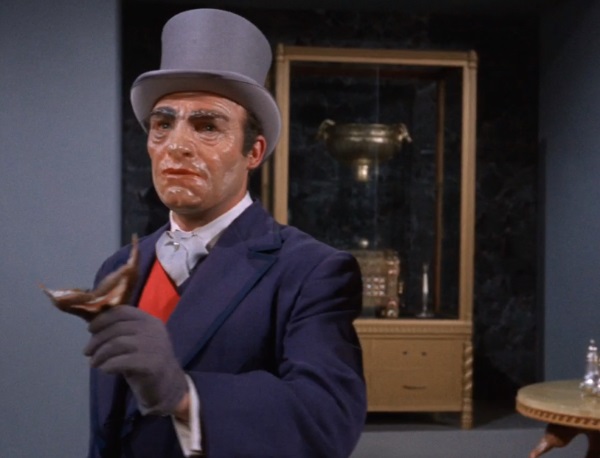 9. The idea of generic henchmen and accessories received support. I really think Figures Toy Company could do well in this area. A GOON? A Catwoman henchman? A Mister Freeze gun? There are many possibilities here… and I have a LOT of ideas on this front. 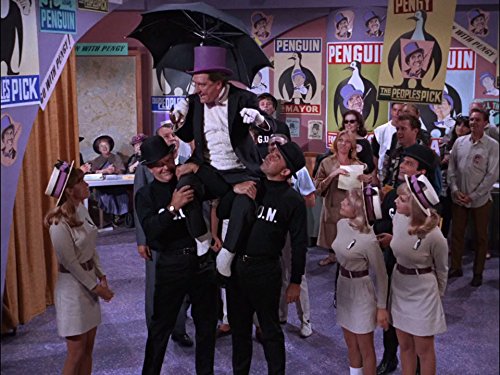 10. I was kind of surprised but Removable Cowl Batgirl was a favorite. It’s funny. I LOVE Removable Cowl Batman and Removable Mask Robin in the Mego line. But we never saw Adam West and Burt Ward without their masks on while wearing their costumes — except in those screen tests — so that whole idea seemed off to me. But people seem to like it. And I suppose it makes more sense with Batgirl because at least we’d see Yvonne Craig holding the Batgirl mask (and she also goes cowlless in her “pilot.” (One reader pointed out that an RC Batgirl could come with a Barbara Gordon head and a little red wig, so there you go …) 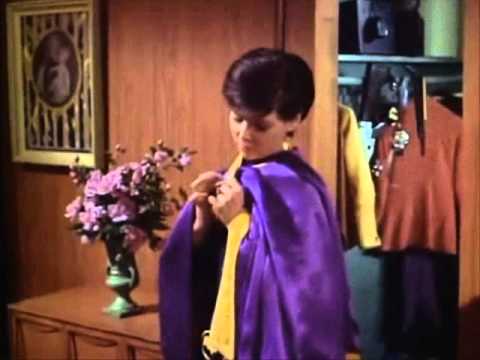 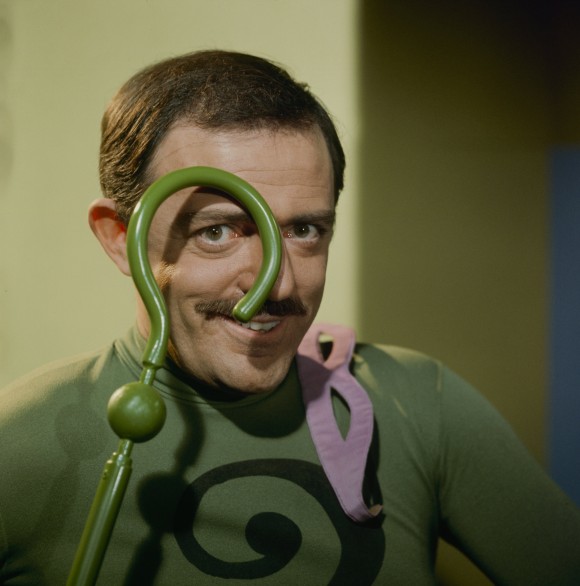 12. Same with Green Hornet and Kato. But Factory Entertainment‘s license may have lapsed, so maybe FTC should consider looking into that. Because those two would sell like crazy among Batman ’66 and Green Hornet fans, I’d wager. That Batman ’66/Green Hornet comic-book crossover did really well. 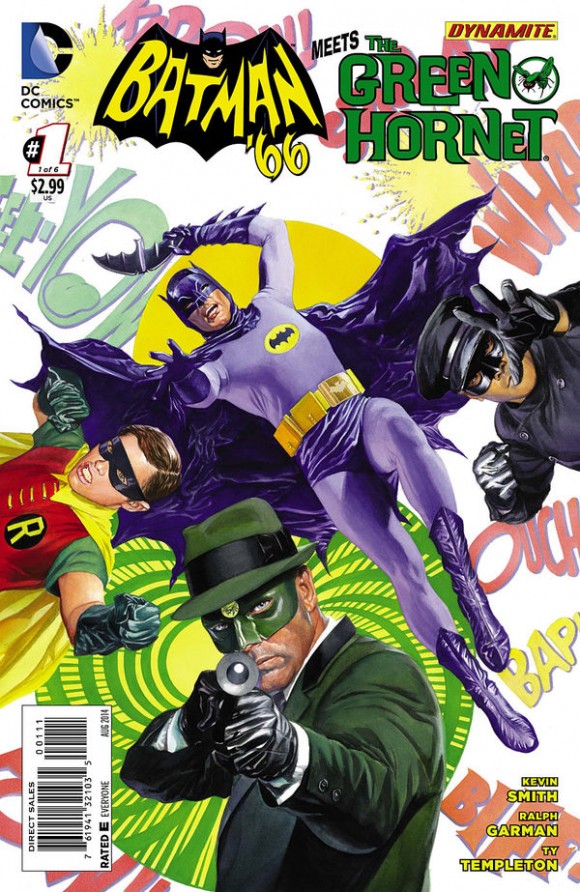 13. Most interesting variant idea that will never happen? A Bookworm figure with a working LED lamp on his hat. 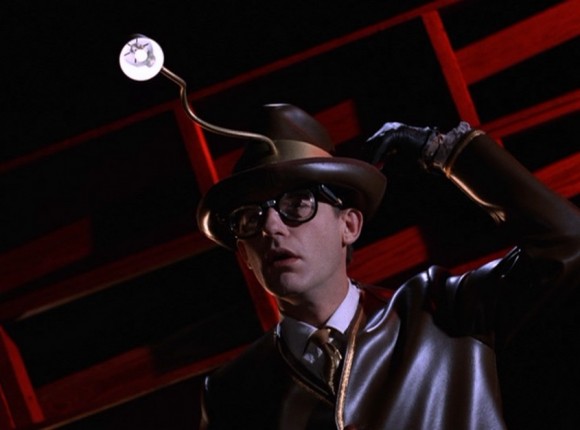