13 QUICK THOUGHTS on STAR TREK BEYOND

We wrap up STAR TREK MOVIE WEEK with a look at STAR TREK BEYOND: Good, bad or ugly?

1. It was OK. Not as great as Rotten Tomatoes would have you believe. It started off awkwardly but got better as it went along. 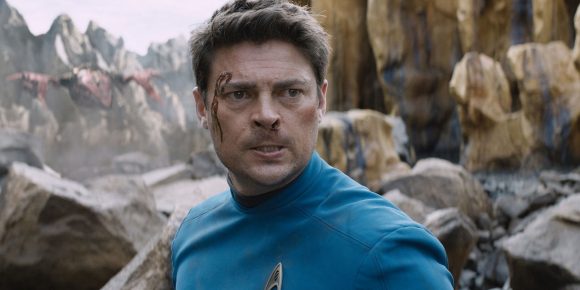 3. Except for those with Sofia Boutella as Jaylah. She’s terrific, white-and-black make-up and all. 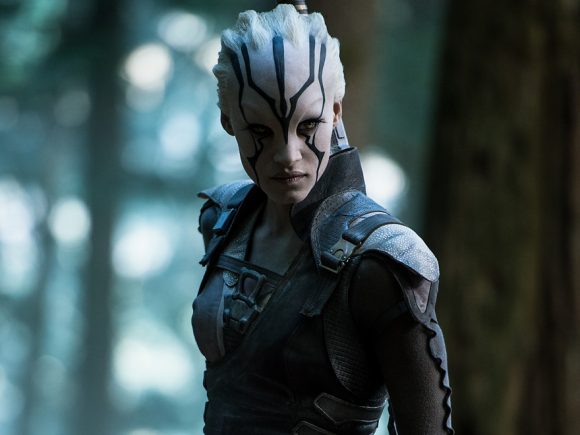 4. On the other hand, Idris Elba is completely wasted, mostly buried in FX wizardry. Anyone could have played that role and, even worse, Krall was a villain without clear motivation. Krall is no Khan, or even Kruge. 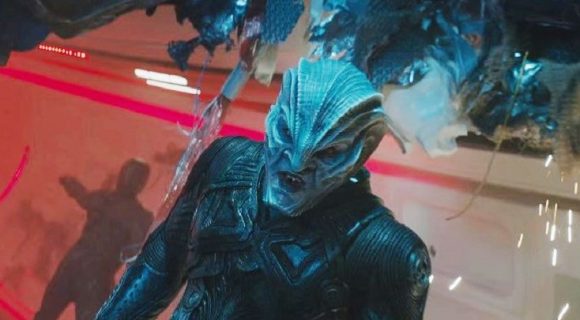 5. Star Trek in the ’60s made its mark in part by boldly going into social issues. Other than Star Trek IV: The Voyage Home, which dealt with environmentalism, the movies haven’t really touched politics. But this movie’s “unity” theme felt pat and a little forced. Do or do not, there is no try.

6. Chris Pine is 35. He’s way too young to be having a midlife crisis as Kirk is here. The producers are addicted to repeating themes from previous Star Trek stories and they really have to stop. Star Trek Into Darkness failed utterly because of this. This movie isn’t a failure, but this kind of emotional corner-cutting doesn’t do it any favors. 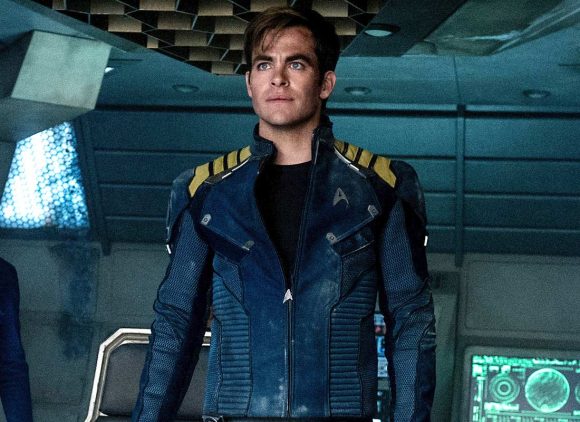 7. Zachary Quinto is 39. When Star Trek debuted in 1966, Leonard Nimoy was 35. So why is it other than in The Cage, Nimoy’s Spock always felt wise and knowing and Quinto’s Spock still seems callow and stunted? 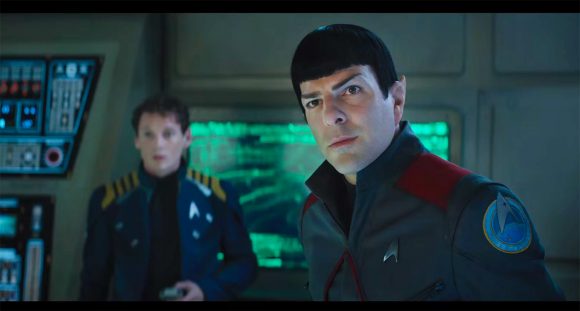 8. OK, enough criticisms. The swarming bees were terrifying and a really interesting threat. They were reminiscent of those droids that attacked Anakin and Obi-Wan’s ships at the beginning of Revenge of the Sith but even more frightening.

9. I’m sure some will moan, but I have no problem with the way they used “Sabotage.” It’s entirely probable that rock — particularly hip-hop-inflected rock — will last into the 23rd century as “classical music.”

10. Back to Jaylah. I was sad every time I saw Anton Yelchin on the screen. It’s difficult to see someone that young and with that kind of potential gone so soon. (By the way, check out “Green Room,” starring Yelchin and Patrick Stewart. Cool flick.) J.J. Abrams says they have no plans to replace him, so I imagine that Jaylah, who is technologically adept, will be sitting in the navigator’s chair as an ensign in Star Trek 4.

11. Was that the first time we’ve ever actually seen a universal translator at work? If so, that was cool.

12. Y’know what was not cool? Ensign With The Lobster-Leg Head that opened in the back. Not cool. NOT COOL. Ahhhhhhhh.

13. But y’know what was kinda cool? Having the cast share the “Space, the final frontier…” monologue. And listing the actors in alphabetical order. So, I guess unity is just fine after all. 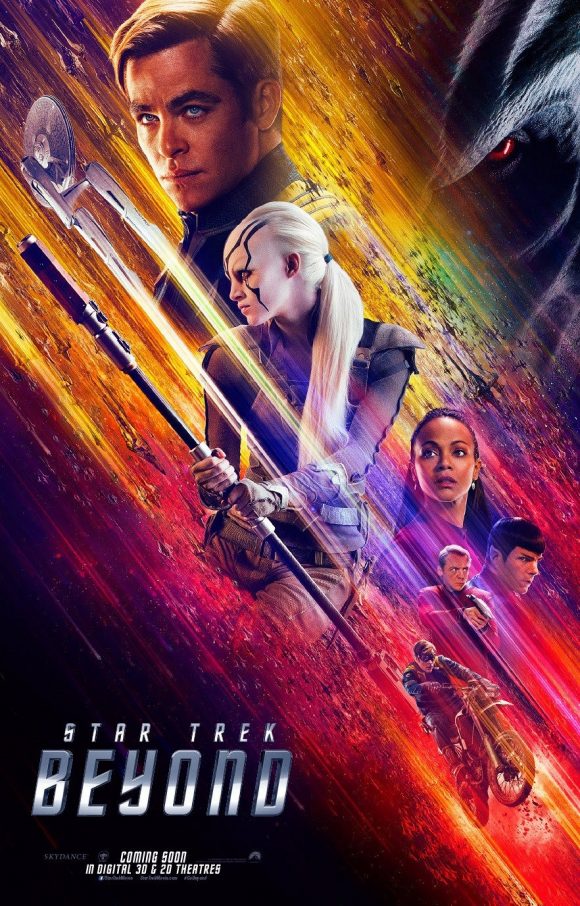