One of the great mysteries of Batman lore is why the Riddler, who was introduced in 1948’s Detective Comics #140 and #142, vanished about as quickly as he disappeared.

Edward Nigma’s earliest appearances introduced all the major elements of the character, including his distinct facial features, his general modus operandi and his — *chef’s kiss* — question-mark-emblazoned green jumpsuit. And yet, once Detective #142 came and went, the Prince of Puzzlers vanished until 1965, when he made a bold comeback in Batman #171 — which was among the comics that caught the eye of television producer William Dozier.

The rest, as they say, is history. 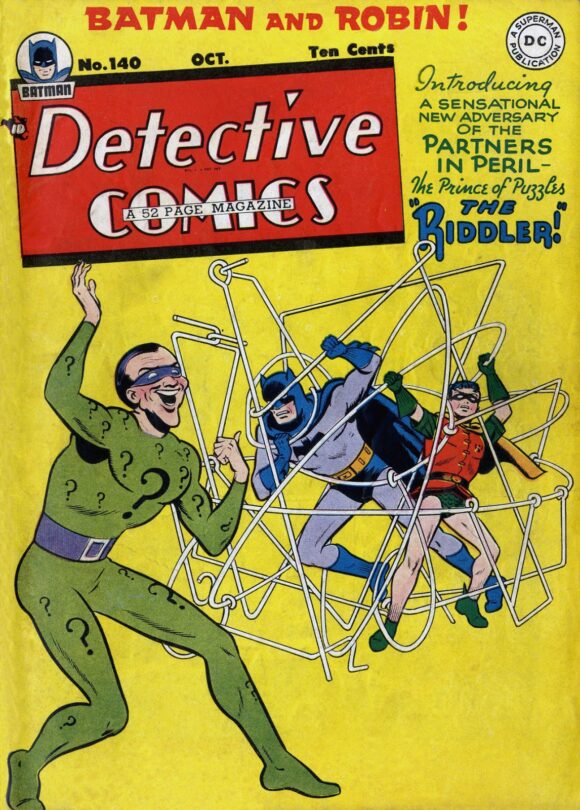 But the thing is, those original Riddler stories are fabulous — colorful, fast-moving and, most importantly of all, really fun. The first one was written by Bill Finger, pencilled by Dick Sprang, inked by Charles Paris, with a classic Win Mortimer cover. The second tale was also illustrated by Sprang and Paris (they also did the cover), though it’s not clear who scripted it. (I’d still wager it was Finger, but if you know for sure, post it in the comments!) 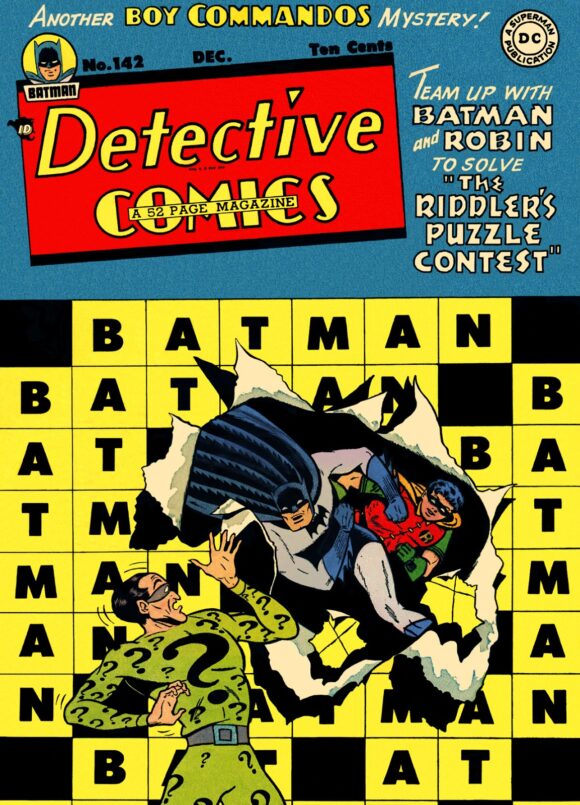 Well, the Riddler is back in vogue once again, this time as a Zodiac-inspired killer in the newly released The Batman. It’s a concept that works well in a dark, grimy universe but I still prefer the gleefully devious and manic characterization made famous by Frank Gorshin in Batman ’66. (Side note: ‘Tec #140 was eventually adapted for the show — the episode starring John Astin.)

Anyway, it’s easy to understand why the King of Conundrums became an A-lister in the ’60s. What I still don’t get is why he didn’t catch on to begin with — because check out these 13 PANELS THAT SHOW THE RIDDLER WAS COOL FROM THE VERY BEGINNING. All are culled from ‘Tec #140 and #142. 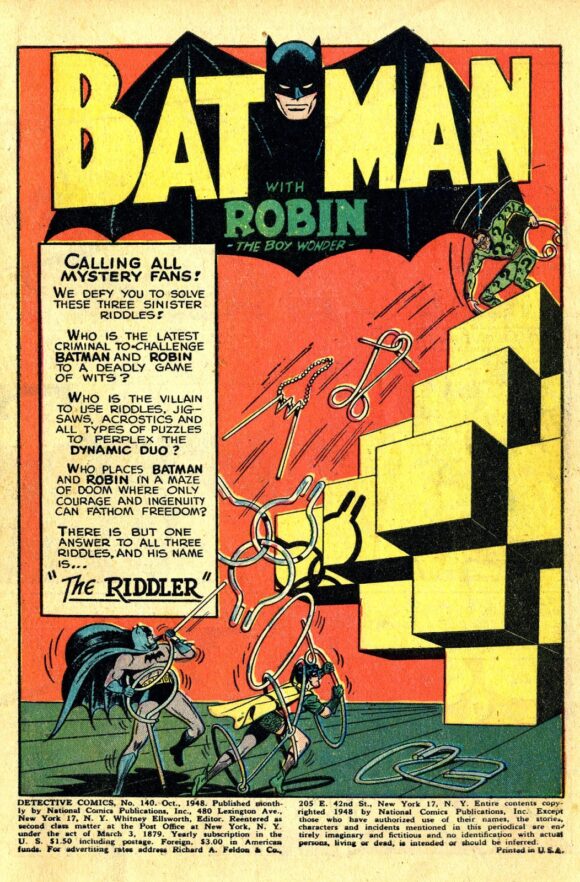 Technically, there are 15 panels because I’m including the splash pages as a bonus. 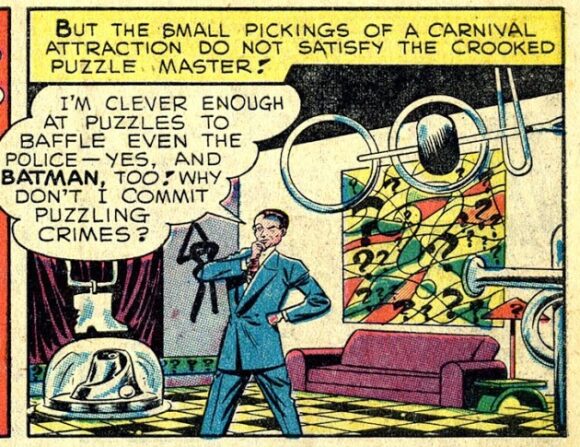 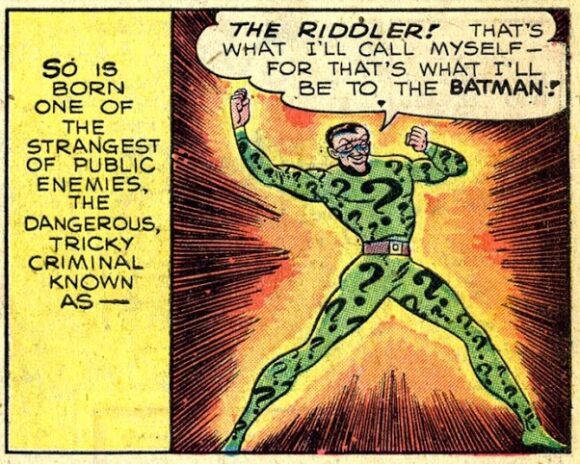 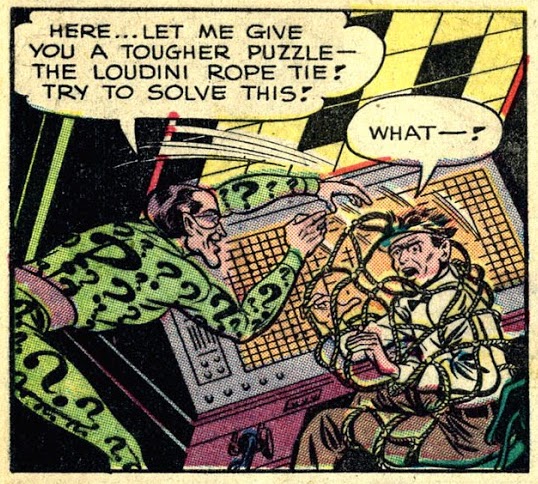 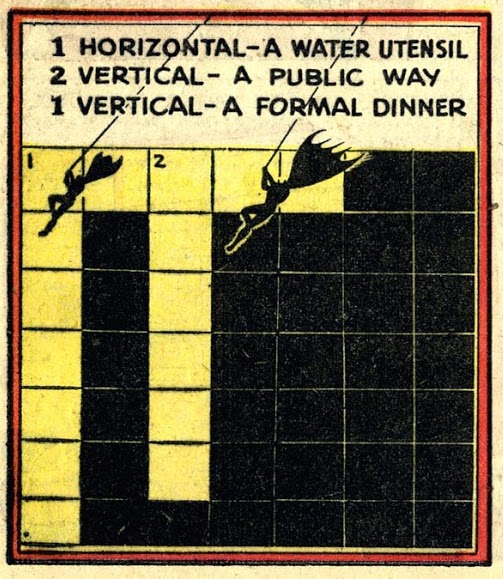 Remember this scene from the Astin episode? Led to one of the best Batfights ever! 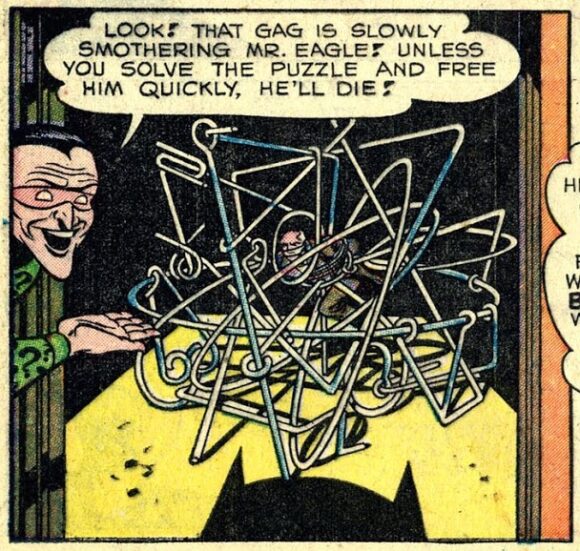 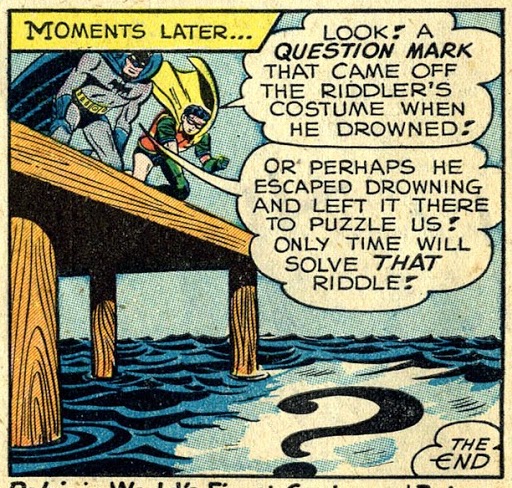 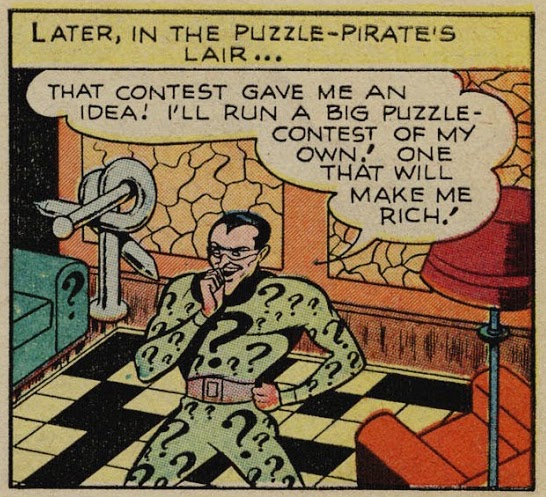