13 MONSTERS I LOVE: From Smallest to Largest, by TYLER CROOK

Home » TOP 13 LISTS » 13 MONSTERS I LOVE: From Smallest to Largest, by TYLER CROOK

Beasts come in all sizes… 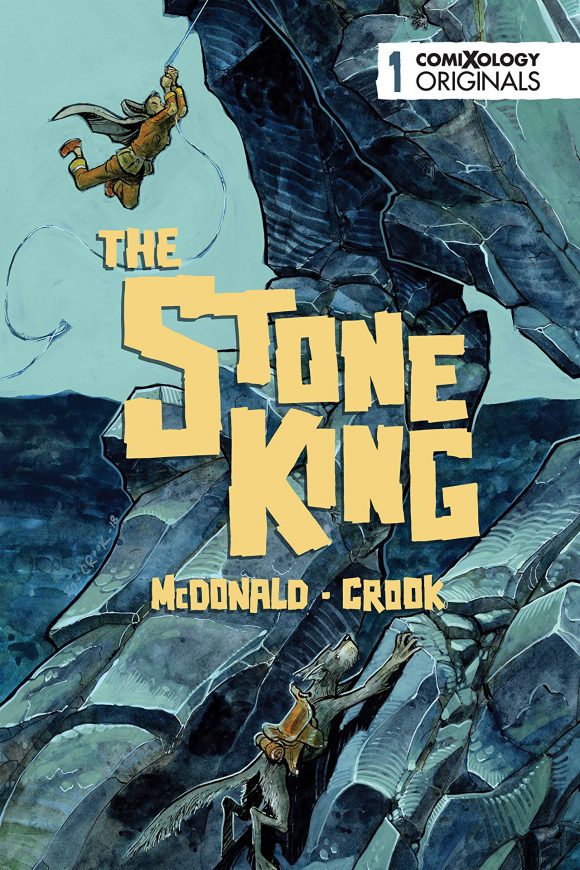 He’s got monsters on the brain.

In our comic book, The Stone King, Kel McDonald and I created a giant stone monster who is mild-mannered until the protagonist Ave climbs on its back and steals a bunch of magical moss that the local shamans use for healing. It got me thinking about all the monsters I would like to climb on.

So, here they are arranged from smallest to largest:

Hellboy. Oh, man! I love Hellboy. He is the working-class hero who is now the king of Hell. And you know what? I bet Hell is a lot better now than it was before. Also, he drinks with skeletons and that’s cool. 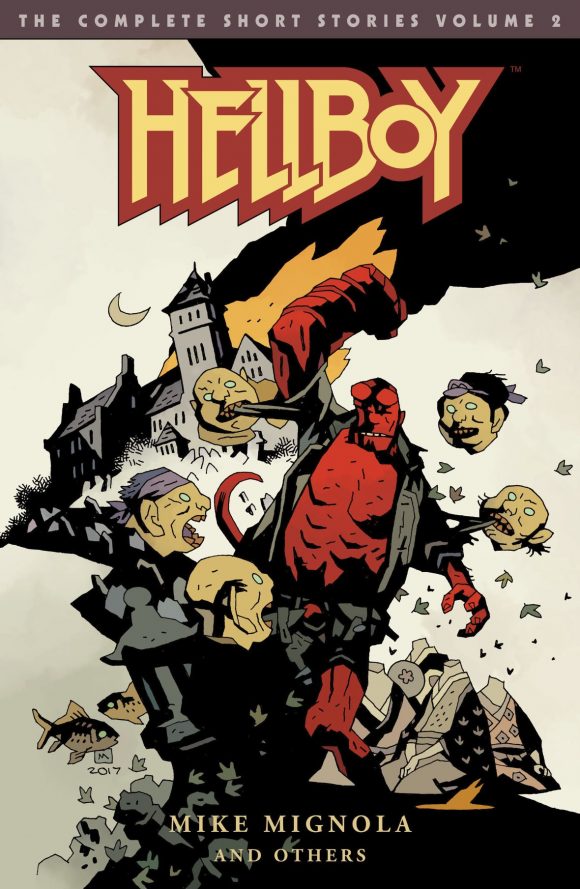 Dire Wolf (Game of Thrones). These big puppy dogs are the only good guys in Game of Thrones. Every time they tear someone’s throat out, I just want to give them a big hug. 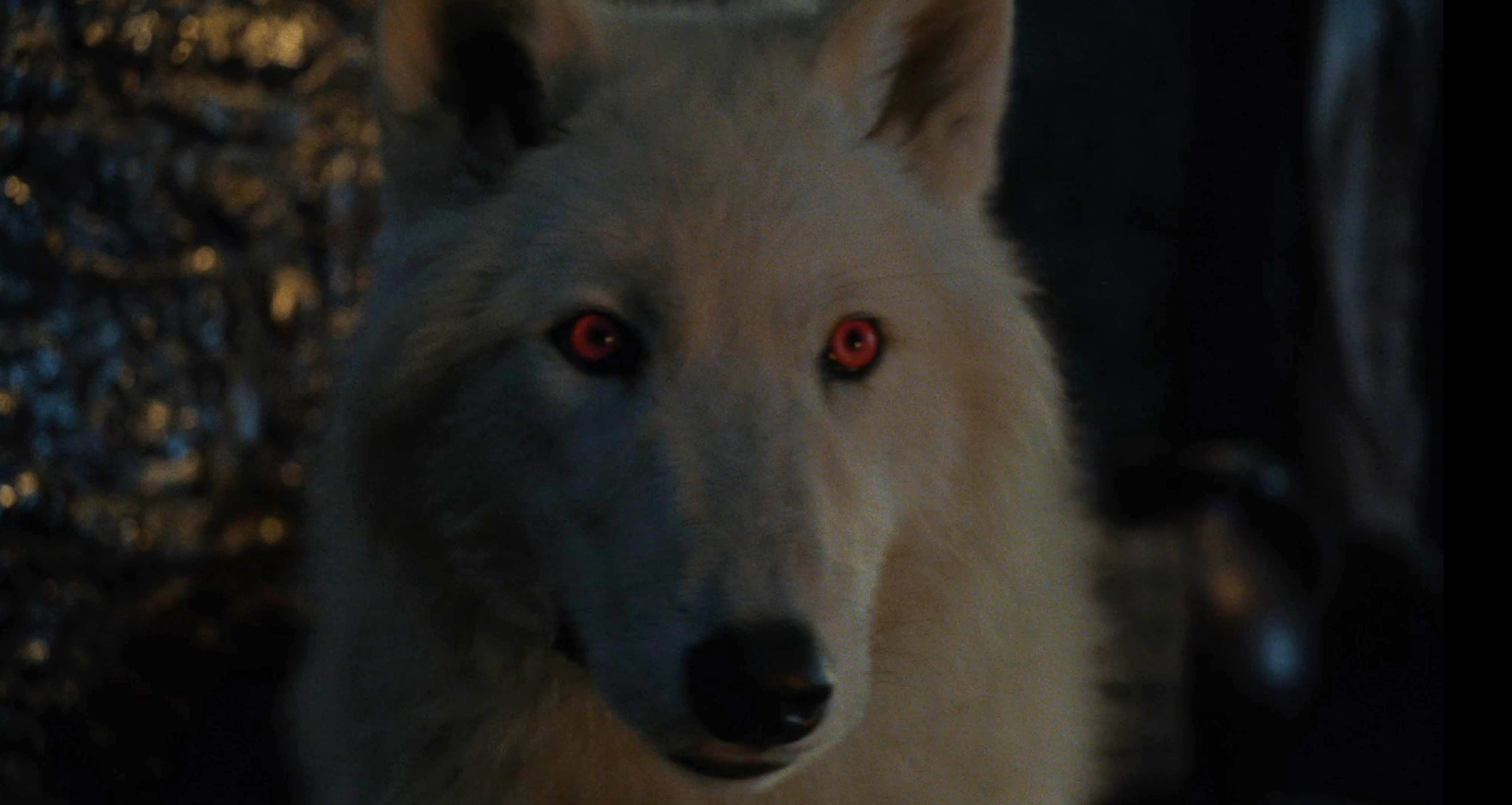 Bluto (Labyrinth). This dude is a sweetheart. He’s the kind of monster that makes you wish everyone was a monster. I’d love to hang with this guy because he’s lovable and kind. Don’t forget that he can move rocks by singing, which is super cool but might be inappropriate if you go to a karaoke bar with him.

Land Striders (The Dark Crystal). Listen: If a gelfling needs to get from point A to point B lickety-split, nothing beats a land strider. In thinking about the movie, I have no idea how tall they are because there’s nothing definite to compare them to. 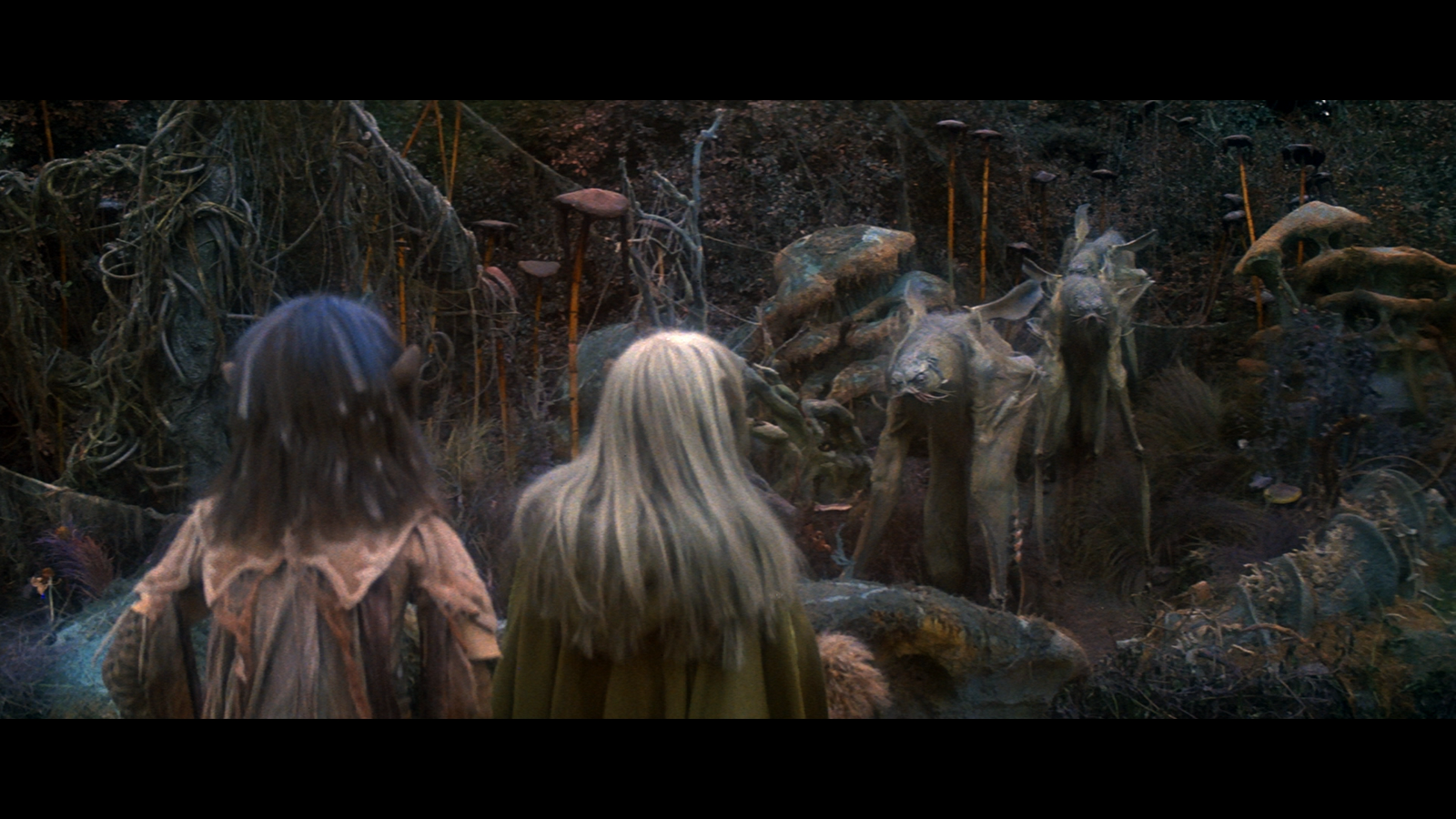 Totoro (My Neighbor Totoro). Everybody loves this big furry dude. I don’t even need to justify it. 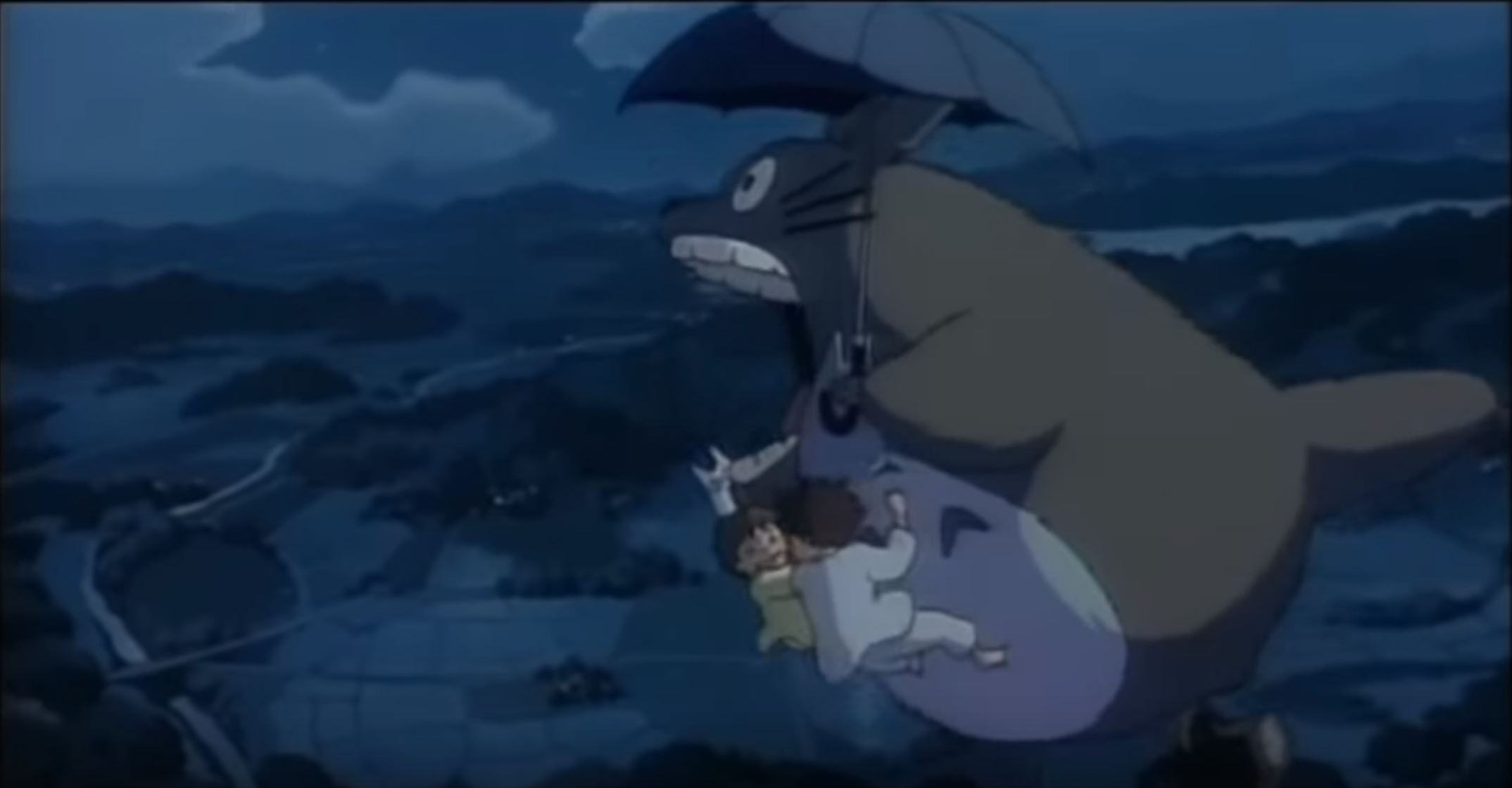 Mr. Snuffleupagus (Sesame Street). When I was a kid, no one even knew that Mr. Snuffleupagus was real. Only me and Big Bird had ever seen him. We’d try to tell Gordon and Maria about him but they’d just shake their heads. Anyway, we proved them wrong eventually. Now, Mr. Snuffleupagus is the most popular elephant with hypertrichosis that the world has ever known. 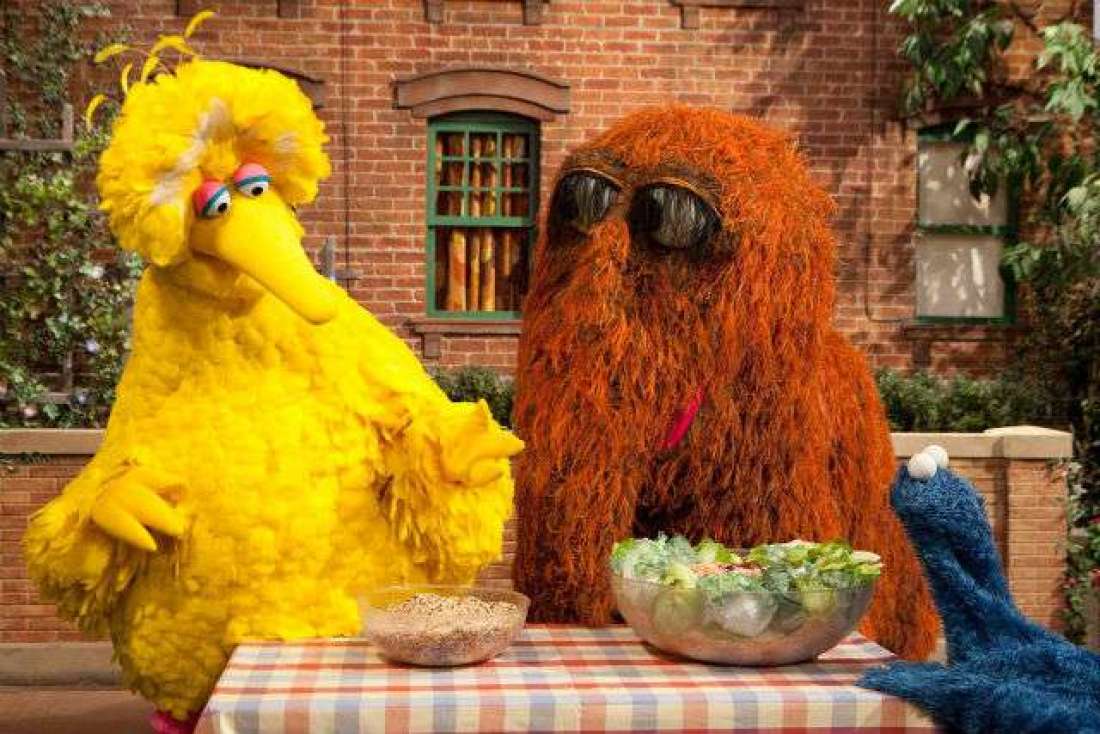 Falkor (The NeverEnding Story). OK, the weird thing about Falcor is that he is combining scales with fur. That’s kind of like combining plaid and polka dots. But this dude pulls it off. He’s also got a positive attitude and can fly you places.

Oliphaunts (The Lord of the Rings). I get that they aren’t really monsters because J.R.R. Tolkien just accidentally misspelled “elephant.” But elephants are super rad and super big and I’d love to hang out with an “oliphaunt” (sic).

Ohmu (Nausica). These giant bugs are real good boys. They might seem mean or scary at first but they just want to make the world a nice place to live.

The Stay Puft Marshmallow Man (Ghostbusters). I want to get a big bowl of ice cream and then stand under this dude so when the Ghostbusters cross their streams, I get a giant glob of delicious, warm marshmallow in my bowl.

King Kong (King Kong Lives). This big gorilla is a lover and a fighter. In Skull Island, we see him performing the stunts of his career — all after receiving an artificial heart back in ’86. He’s a true inspiration.

Godzilla. Godzilla is complex man but ultimately he’s just trying to make his way in the world and do what’s best for his son (i.e. destroy Tokyo).

Shai-Hulud (Dune). Not only are these guys giant worms that will give you a lift across the desert whenever you want, they also make really good drugs that turn your name into a killing word.