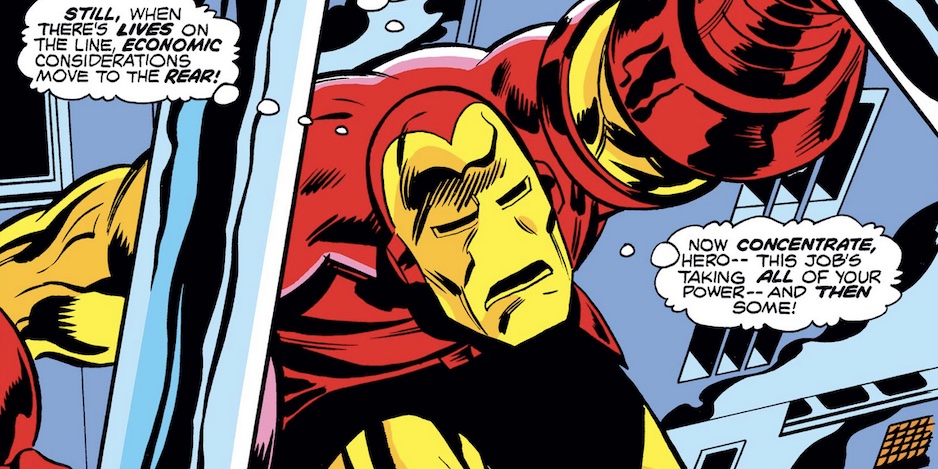 Mike Friedrich’s one of those guys who hit the comics industry at a point when the Old Guard of pros was on their way out and the young, hip fans were making their bid for supremacy in the business. Mike won his first gig from DC in the late 1960s, but by the time the ’70s boogied up to the bar, he began a tenure with the House of Ideas that while not as well known as his DC work, still ranks as pretty darn cool to this day.

In honor of his birthday – he was born 73 years ago on March 27, 1949 — join me on a jaunt through 13 of Mike Friedrich’s mighty marvelous Marvel mags.

In chronological order, by publication date:

Iron Man #55 (Feb. 1973). Mike’s mightiest task for Marvel has to be his fairly long run on Iron Man and this one is the stand-out issue: Assisting writer-artist Jim Starlin, he introduced Drax the Destroyer, the Blood Brothers, I.S.A.A.C., Mentor, Eros, and a dude named Thanos all in one installment. Whew! 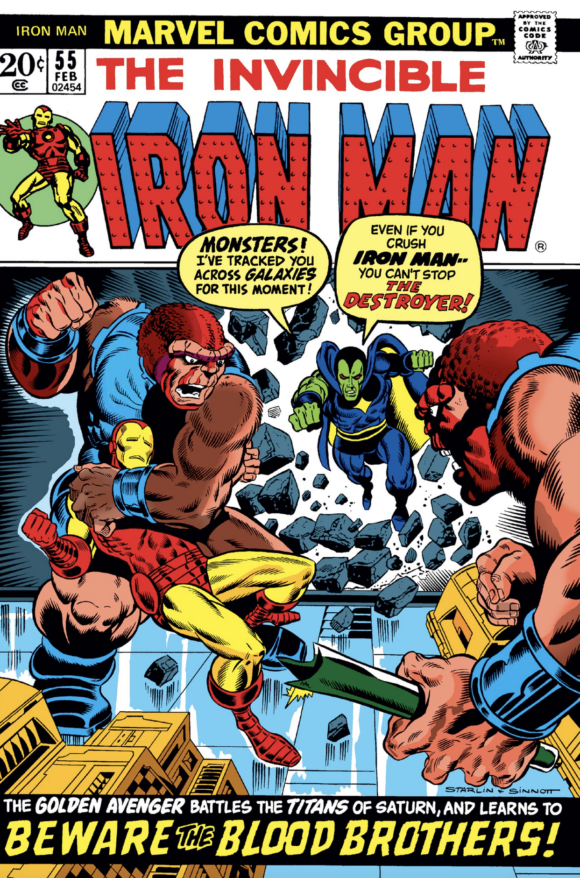 Warlock #6 (June 1973). I dig this one because Mike (along with Ron Goulart) continues the saga of Counter-Earth and expands upon the story of not only that world’s President of the United States, Rex Carpenter, but also its version of Reed Richards… who just happens to be a baddie called the Brute. 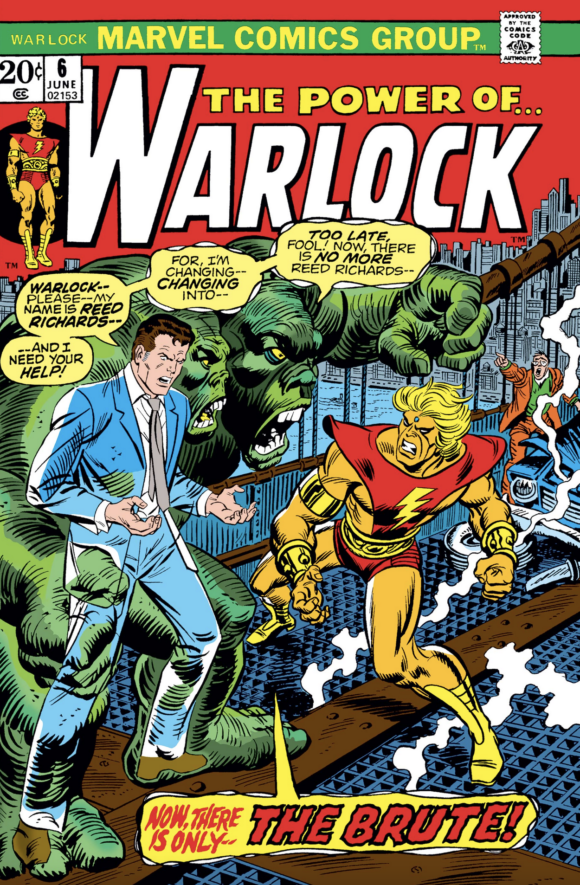 Astonishing Tales #20 (Oct. 1973). Man, I love all these oddball Marvel books, and the fact that Mike always seemed to be right in the middle of ’em. In this issue, Ka-Zar’s up against a whole mob of kooky bad guys, but the really cool deal here is when our hero has a chance to take the Super Soldier Serum but refuses and beats his enemy through sheer pluck alone. 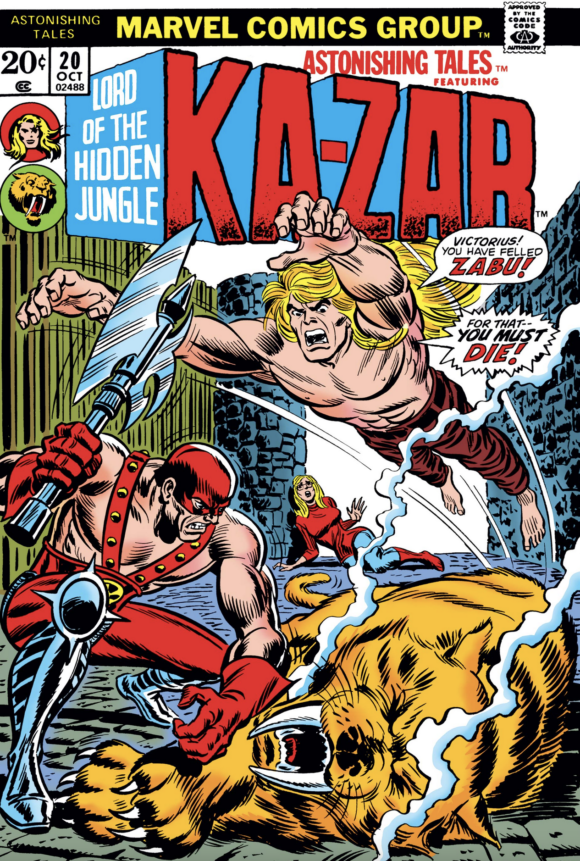 Marvel Feature #12 (Nov. 1973). Mike really got around in those days. Here, he’s picked up the Thing’s story from the previous issue and woven it into Iron Man’s travails from his own book. I also love that this book set up Ben Grimm’s wonderful Marvel Two-In-One mag. 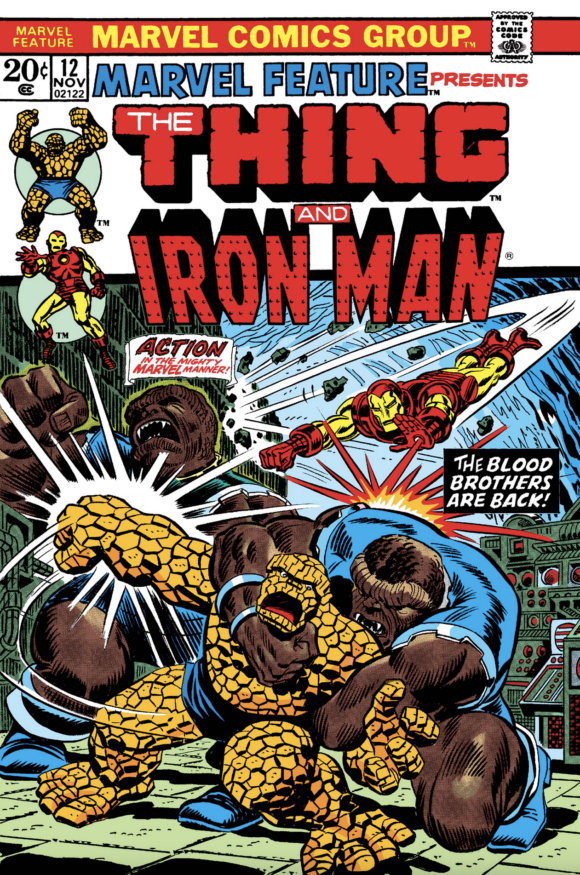 Fear #20 (Feb. 1974). Talk about your weirdo comics—Morbius got his own spotlight for a short while here in Fear and while Mike only kicked off the run, he managed to make a nice launching pad for the Living Vampire and the guy who took up the reins the next issue, Steve Gerber. 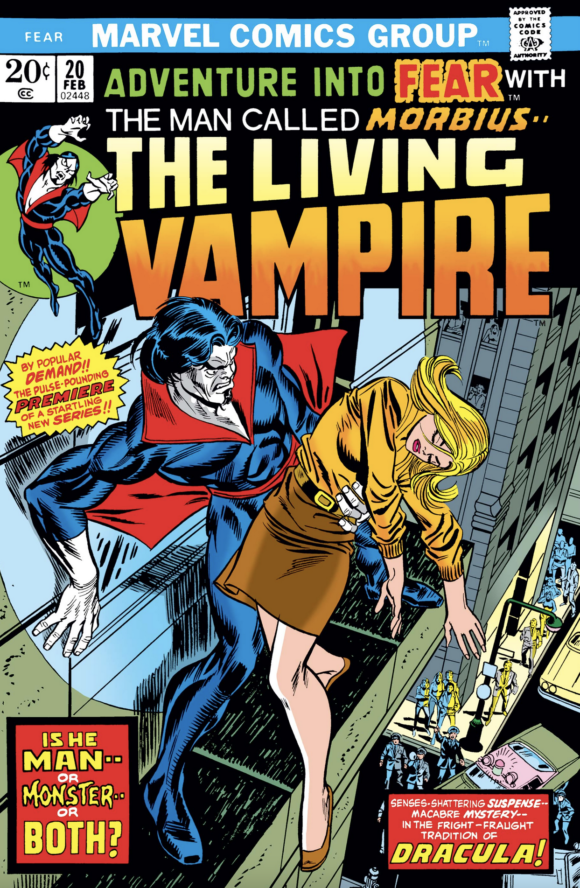 Captain America #170 (Feb. 1974) – This is it: My own first issue of Captain America. And what a spot to start. Mike and Steve Englehart began the “Secret Empire” storyline the issue before, but for my money this is where it truly kicks in. Mike helped out for a few more issues, and in doing so created one of my most favorite comic sagas of all. 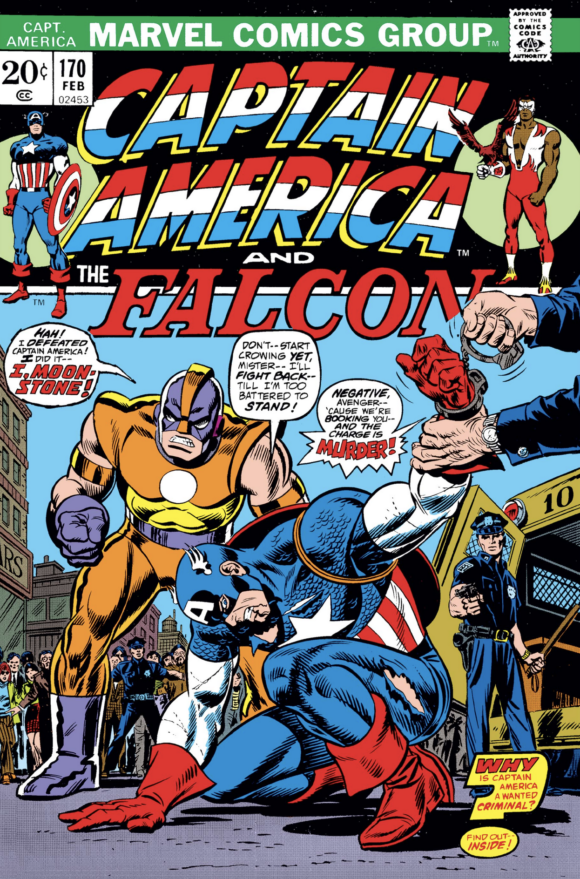 Iron Man #67 (April 1974). And then he writes my very first issue of Iron Man. I didn’t know who Dr. Spectrum or the Freak were, or even Roxanne Gilbert for that matter, but it was no sweat for a 9-year-old me to jump in and swim around in this pool. Thanks, Mike. 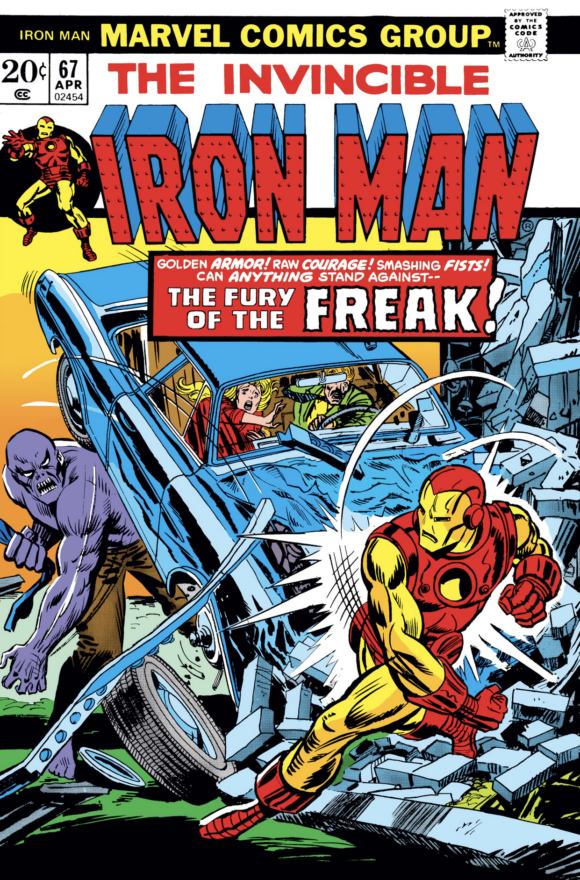 Dracula Lives #7 (July 1974). How about some Marvel magazine action, huh? Mike stretched out on his story of a female pirate versus Dracula and took advantage of the looser restrictions on Marvel’s black and white newsstand magazine offerings. Check this one out if you haven’t already taken a bite. Captain Marvel #32 (July 1974). It’s amazing how many Marvel “first issues” of mine Mike worked on. Back in the Marvel Universe, he aided Jim Starlin again on this one, and while the cast is giddily diverse, I sailed right along on the story of Cap and his compatriots’ ongoing tussle with the Titan named Thanos. Werewolf by Night #19 (July 1974). I love that Mike tended toward the outer fringes of the Marvel Universe. I picked this issue of the few he wrote for Jumpin’ Jack Russell purely for the vampire appeal. Please ignore the fact that they tried to fool kids into thinking that’s Dracula on the cover. 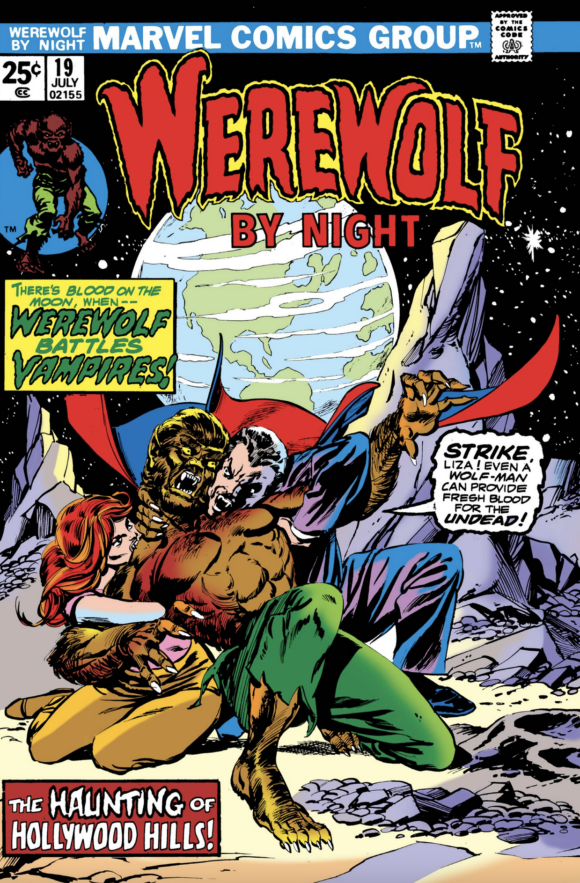 Strange Tales #176 (Oct. 1974). The Golem was one of Marvel’s groovy ghouls in the early ’70s, created by Roy Thomas and continued by Len Wein in a previous installment of Strange Tales to this one. Mike picked it up for two issues and proved that he could write anything he was handed, even a walking lump of vengeance clay. Marvel Super Action #1 (Jan. 1976). Mike had previously written Bobbi Morse in his Ka-Zar adventures, but here he ramps up her story by fashioning her into a costumed heroine called the Huntress. That name didn’t stick—DC probably wasn’t too happy about it—but it’s cool that Mike set her on the path to becoming Mockingbird a few years later. Fantastic Four #177 (Dec. 1976). What a way to end this list—Mike jumps in once again to help another writer, Roy Thomas, with an issue of FF. The Frightful Four auditions have to be seen to be believed. First appearance of Texas Twister, Captain Ultra and the Osprey, as well as an appearance of Mike’s old buddy, the Brute.