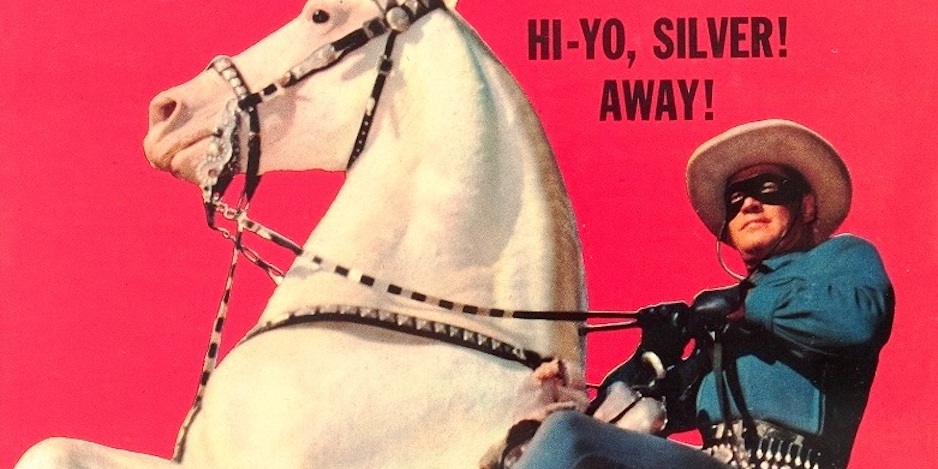 Born September 14, 1914, Clayton Moore will forever be remembered as the best Lone Ranger of them all. From 1948 to 1957, he and Jay Silverheels as Tonto rode the TV frontier (with one season having John Hart filling in for Moore). Moore as the Lone Ranger was a great hero and inspiration to many of the baby boomer generation.

Moore’s background prior to the Lone Ranger was as a circus aerialist and then as an actor in various movies and serials in the 1940s. But it was as the masked man that he won fame forever. (Moore and Silverheels also starred in two theatrical movies, The Lone Ranger in 1956 and The Lone Ranger and the Lost City of Gold in 1958.) 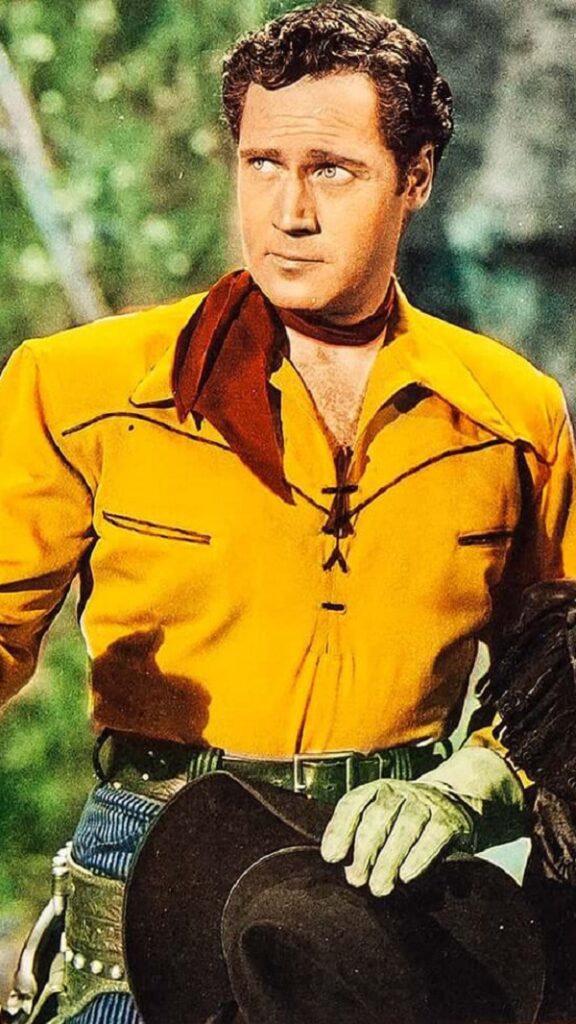 Detail of a colorized lobby card from the Republic movie serial Ghost of Zorro (1949) showing an unmasked Clayton Moore.

In 1996, Moore wrote his autobiography, I Was That Masked Man. He died three years later, on Dec. 28, 1999, but he lives forever in the hearts of grown-up children who will always remember him riding off with a hearty “Hi-Yo, Silver!”

Here are 13 COVERS of The Lone Ranger with Clayton Moore: 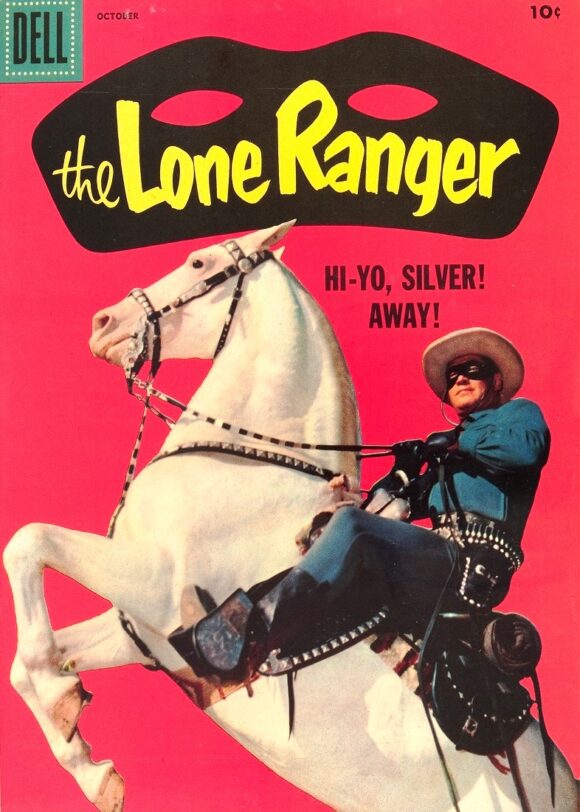 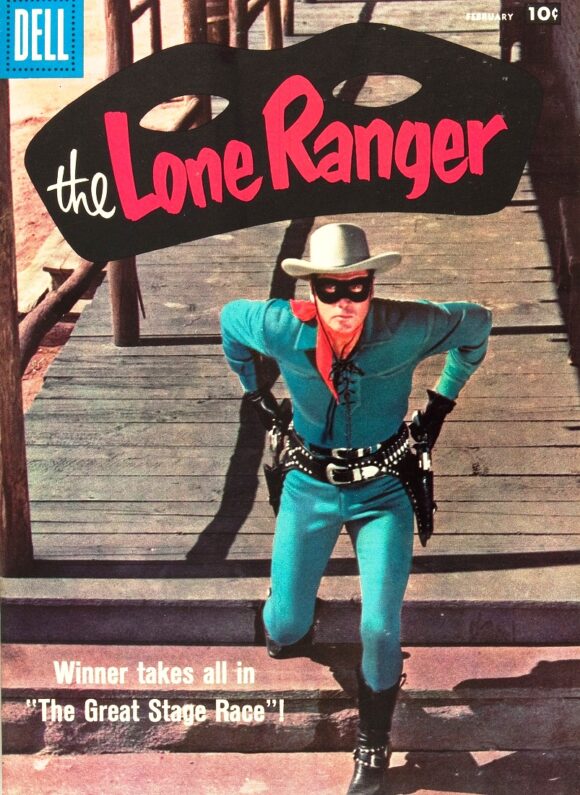 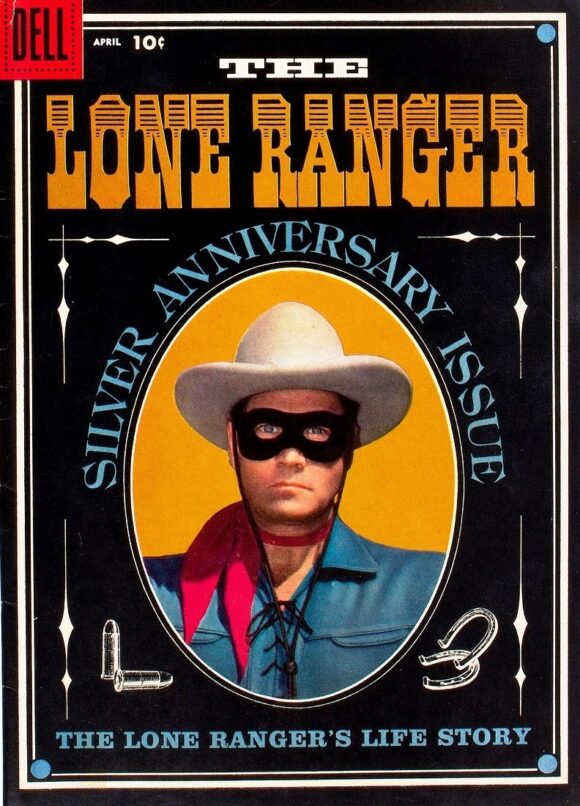 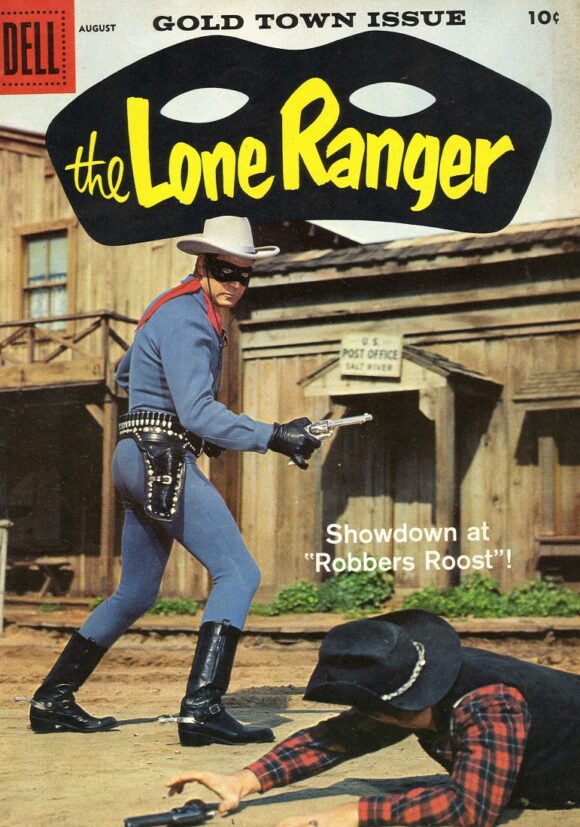 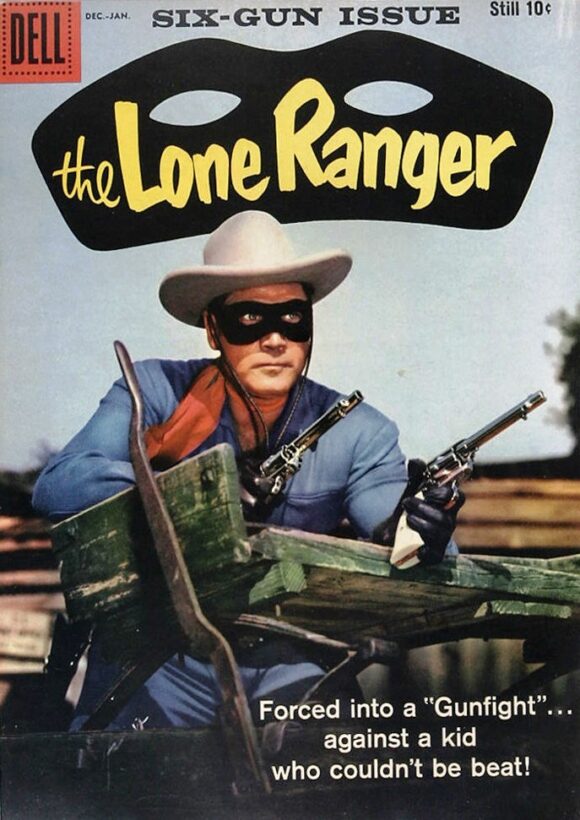 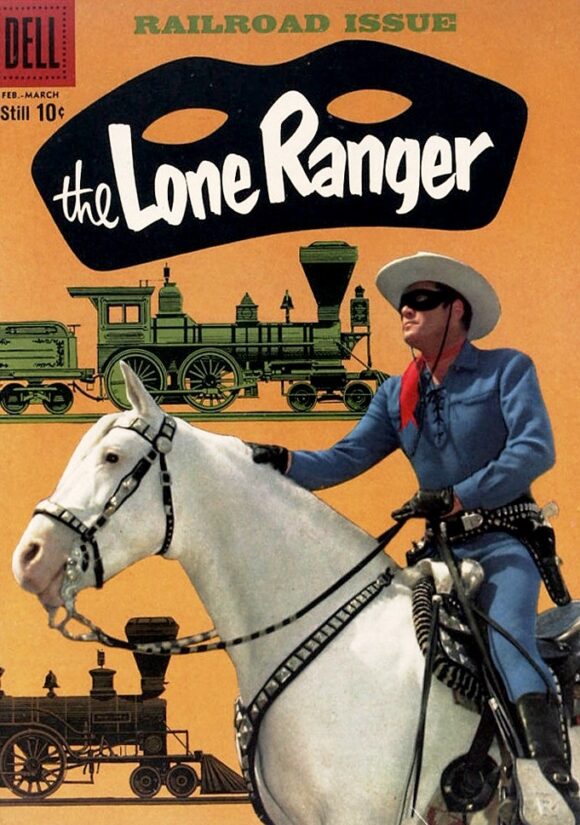 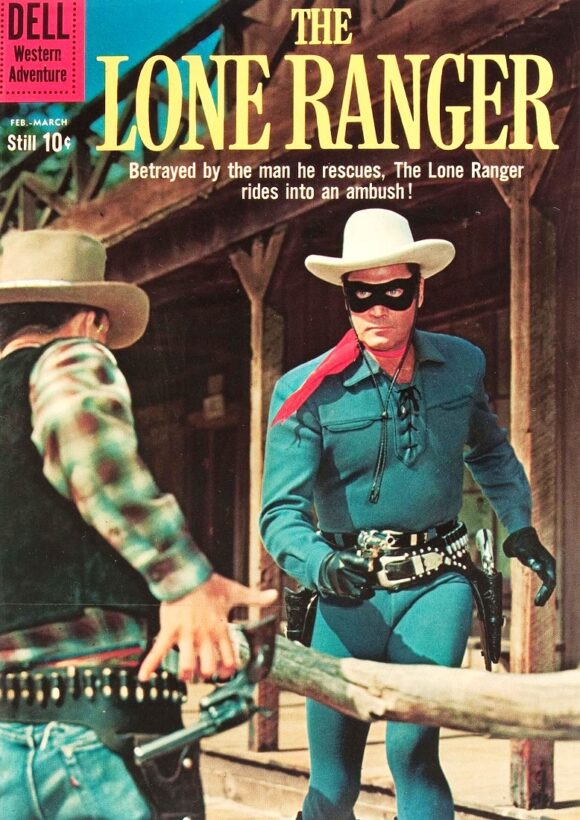 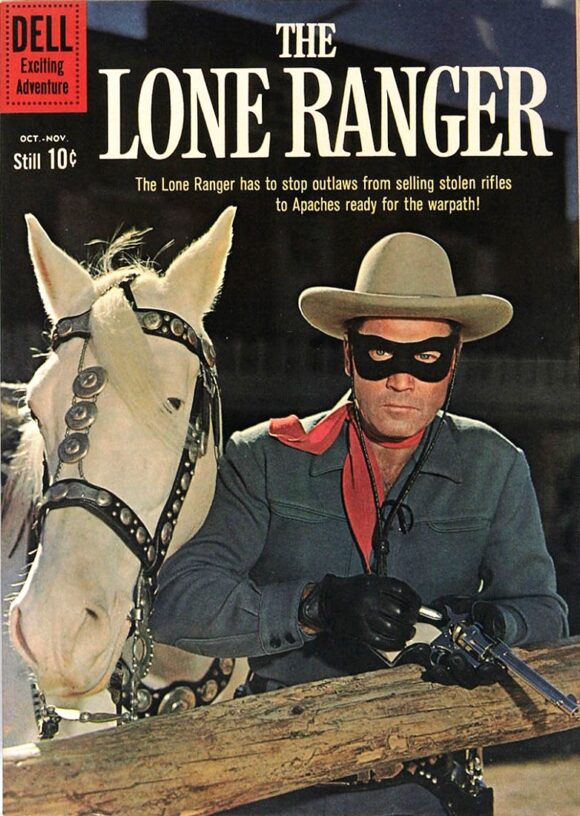 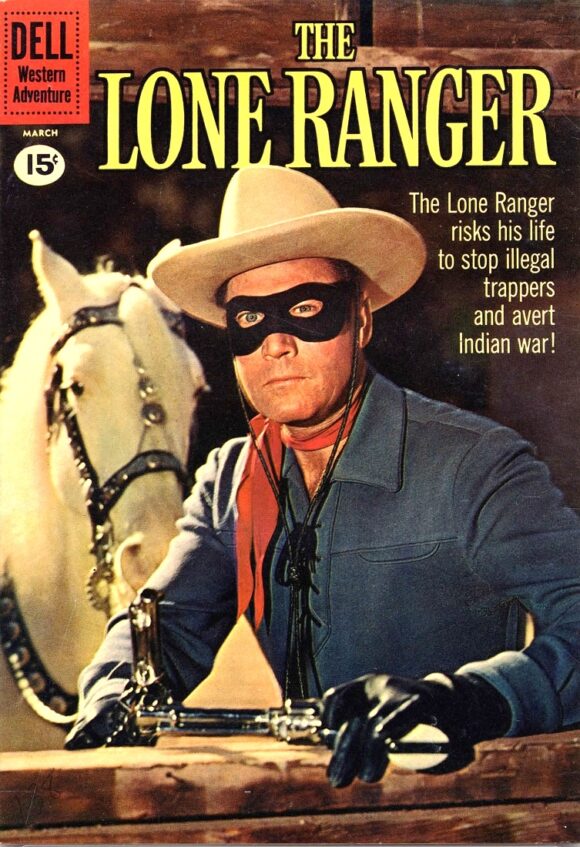 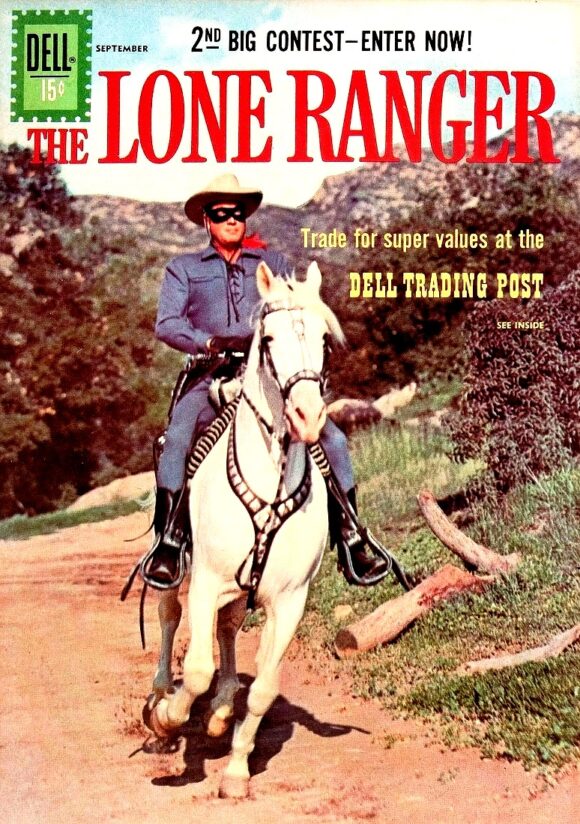