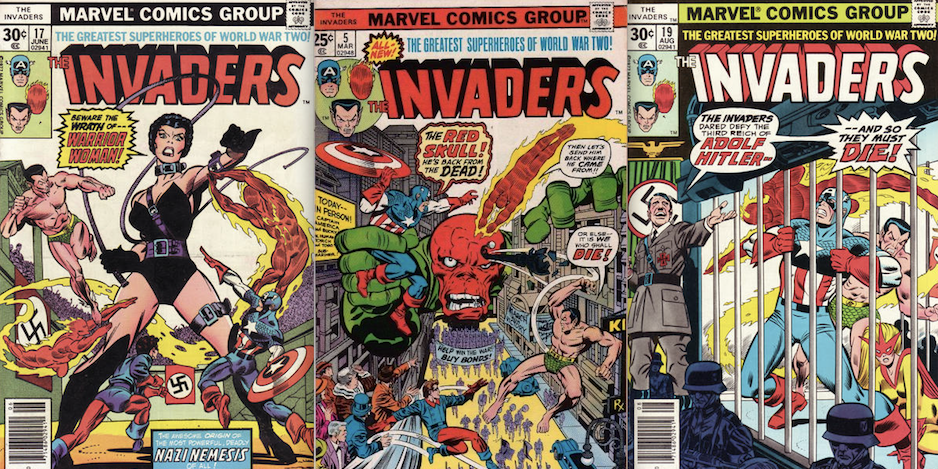 We’ve spent some time lately shining a spotlight on Golden Age characters in the Bronze Age. The impetus was an EXCLUSIVE excerpt from Back Issue that featured Roy Thomas, Jerry Ordway and Arvell Jones talking about DC’s All-Star Squadron — a post that proved quite popular with readers. (Click here to check it out.)

I followed it up with a 13 COVERS salute to the Squadron (click here) but it only seemed fair to shift some attention to Marvel’s closest analogue, which is not coincidentally another Thomas joint: The Invaders, the ’70s series starring the publishers’ three biggest Golden Age heroes: Captain America, Sub-Mariner and the Human Torch.

But where All-Star Squadron was pretty straightforward, The Invaders was borderline unhinged, with over-the-top villains like Asbestos Lady, the Blue Bullet, Warrior Woman and Baron Blood, the Nazi vampire. (Not to mention goofy heroes like the unfortunately named Whizzer.) 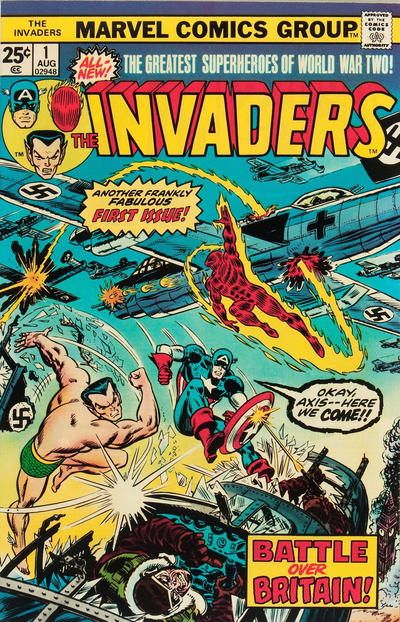 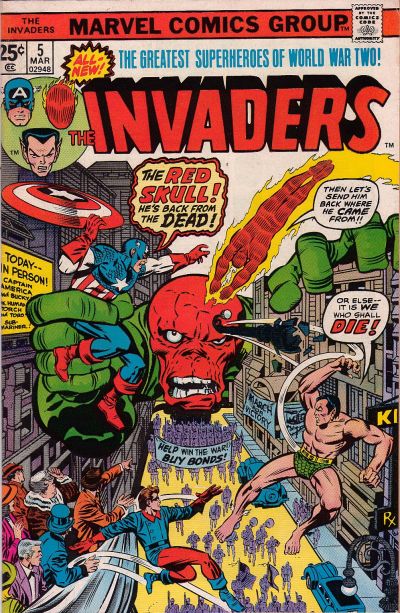 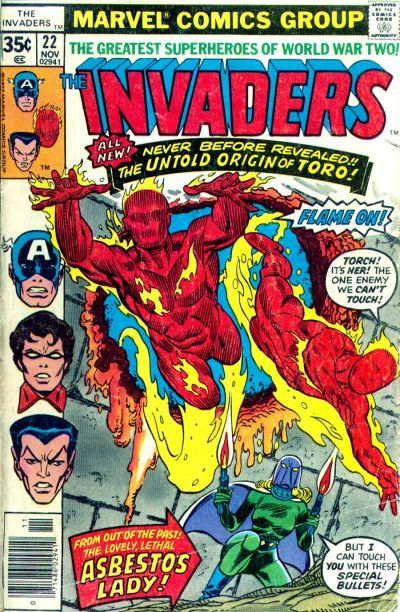 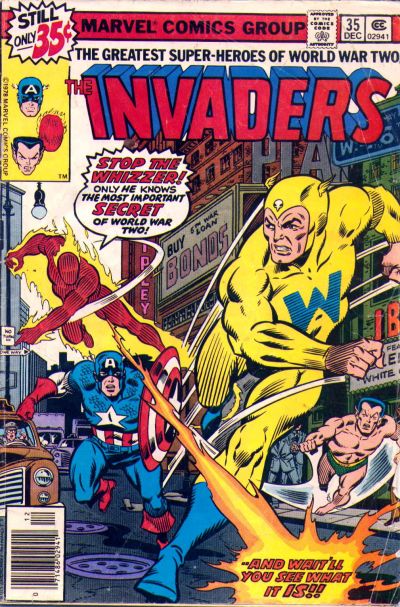 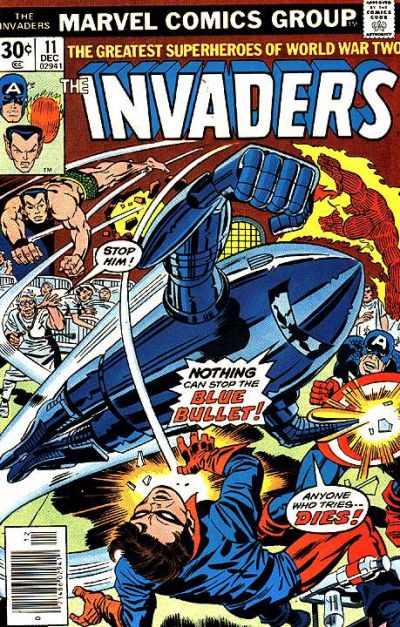 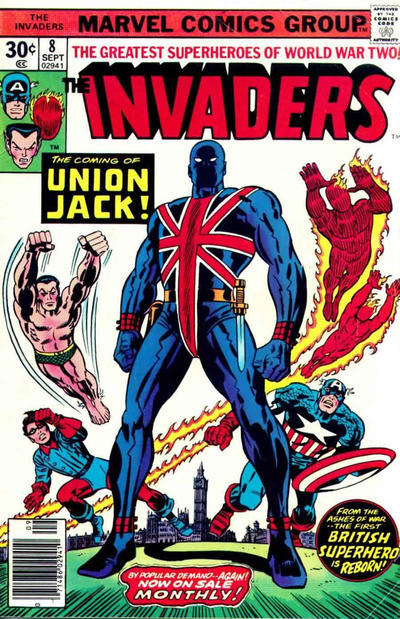 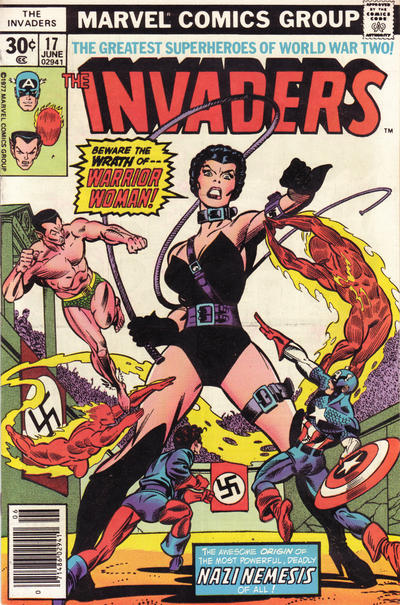 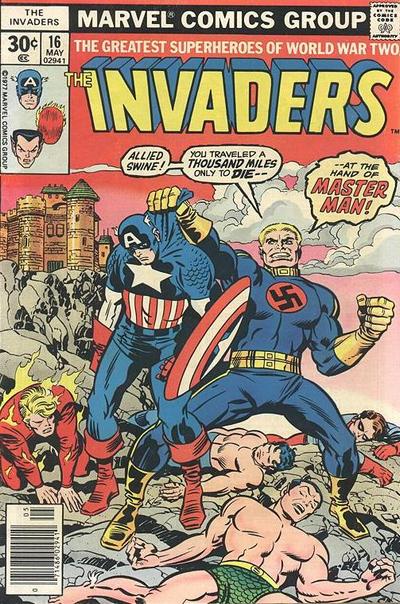 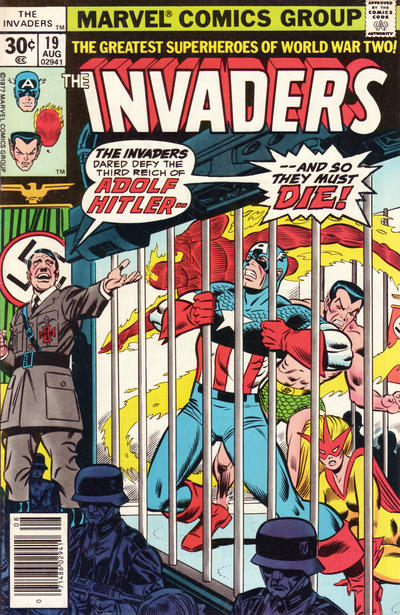 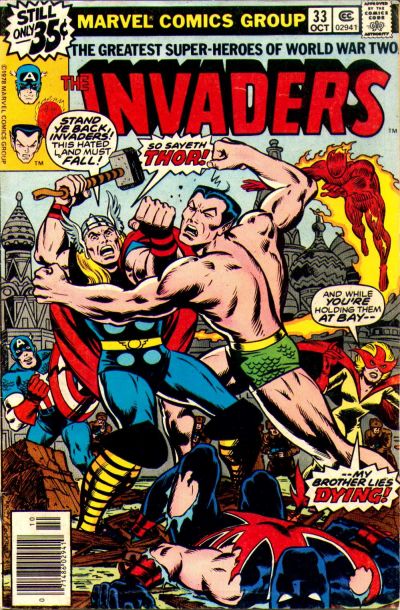 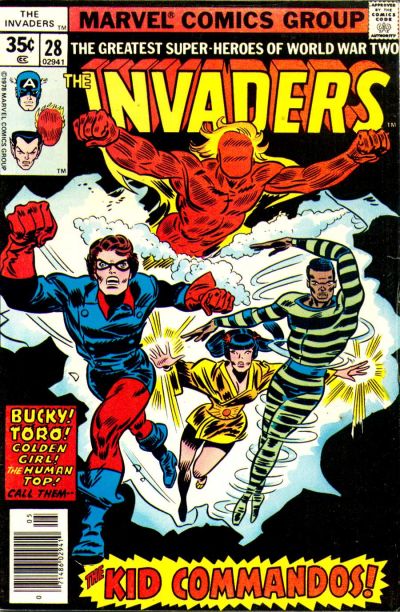 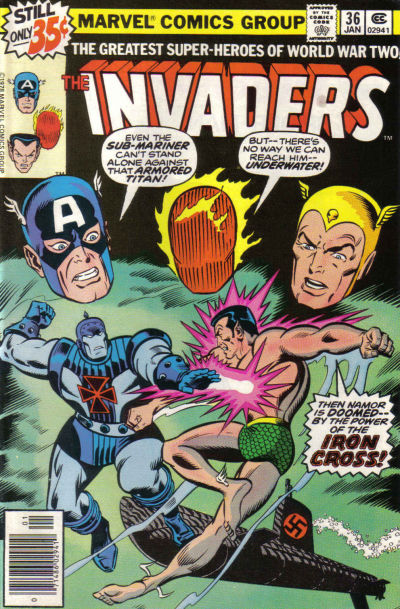 — INSIDE LOOK: The Golden Age in the Bronze Age. Click here.

Cover images and credits from the unhinged Grand Comics Database.