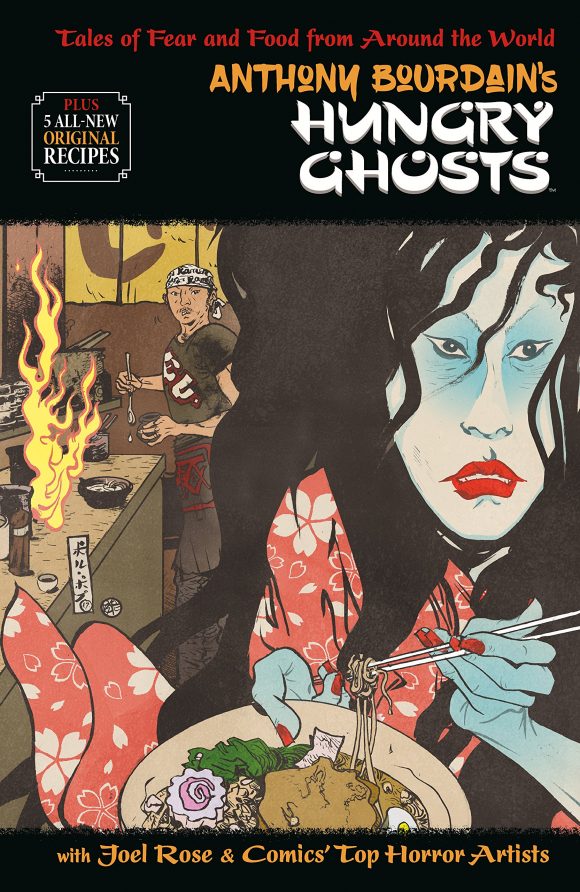 (By the way, check out an excellent New York Post feature on the book.)

Tony Bourdain and I knew each other for 35 years. We had a lot of conversations. He turned me on to a lot of stuff. He had a lot of passions.

Here are 13 influences on our work together:

1. First and foremost, EC Comics, always entertaining with their star attractions: The Vault of Horror, Tales from the Crypt, The Haunt of Fear. We most certainly modeled our Hungry Ghosts hostess ghostess, gesture for gesture, after EC’s beloved Crypt-Keeper, the never-aging Old Witch, and not to be forgotten Vault-Keeper. 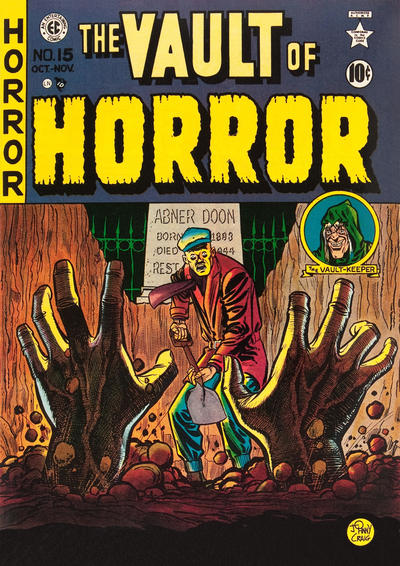 2. Lafcadio Hearn’s masterwork, Kwaidan, was a portal for Tony and me into an astonishing world of Japanese demons, apparitions, and ghosts. It was said of Hearn that he saw marvels and wrote of them in a marvelous way. Indeed. 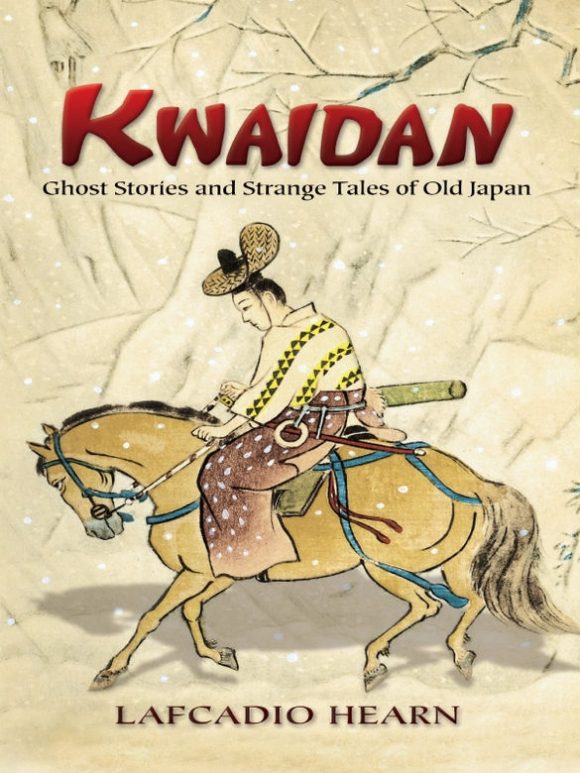 3. Lone Wolf and Cub, the movies based on the manga created by writer Kazuo Koike and the artist Goseki Kojima, were among Tony’s favorites. The story is of a disgraced shogun assassin and his 3-year-old son, rootless and seeking vengeance for the murder of his wife. 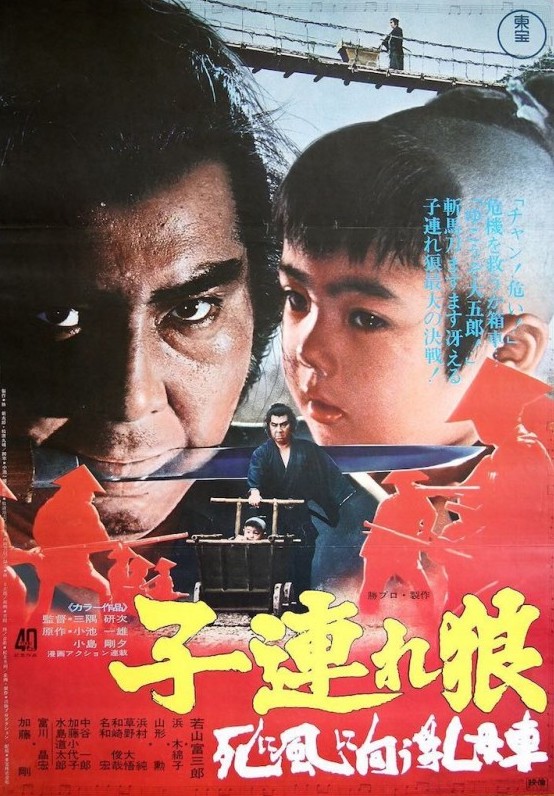 4. Oishinbo was where we went when we were stuck. Tony adored the 11-volume set and marveled at the depth of knowledge and passion for food and food culture. Frequently, he shook his head at the relation of rivals, father and son. 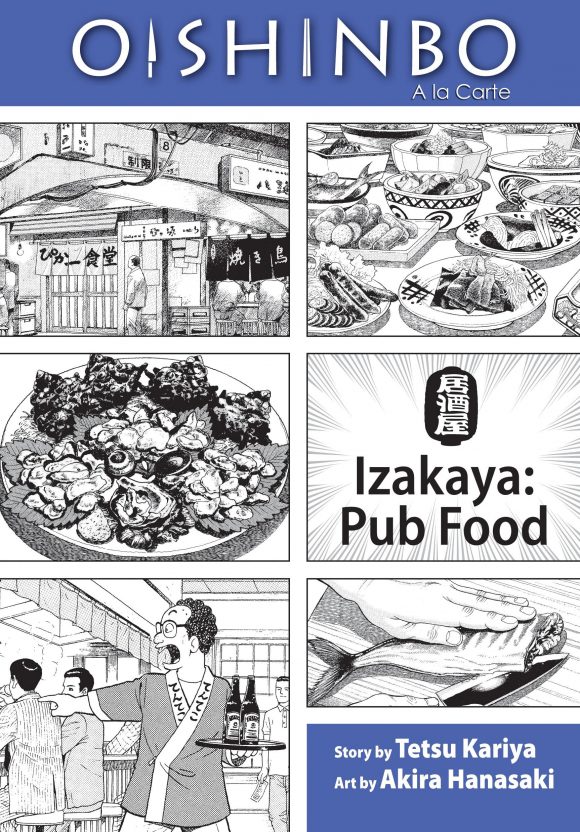 5. Battles Without Honor and Humanity, Kinji Fukasaku’s five-film yakuza supremacy. When we started to talk about Get Jiro! (one of Bourdain and Rose’s earlier collaborations — DG) these were the films Tony wanted me to see first.

6. Death Note. A notebook that kills. What could be better for two writers looking for a thrill? We missed the manga, but caught the anime. Thirty-seven disturbing episodes that make you want to do as good. 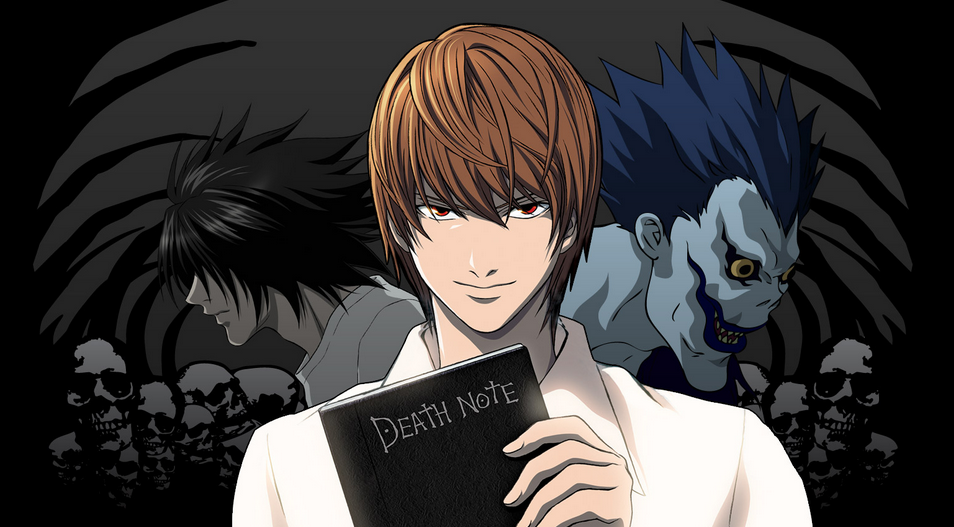 7. The art of the Edo period for us was when it was happening. The years were 1603 to1868, the age of the shogunate in Japan, and the time of our model, Hyakumonogatari Kaidankai, the 100 Candles game. Here’s what we looked at when we were visualizing Hungry Ghosts and trying to convey what we wanted from the artists. 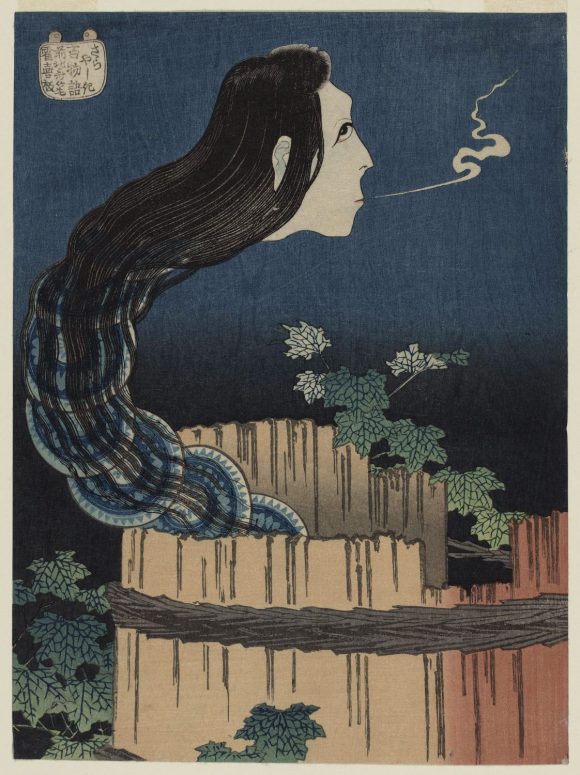 8. Ridley Scott and Black Rain, the American action film starring Michael Douglas and Andy Garcia about two New York City police detectives escorting a yakuza prisoner back to Japan, where he promptly escapes. Tony would often talk about this movie, going down the rabbit hole, into a culture, only to be swallowed up.

9. Saya No Uta is a visual novel about a young man who’s been in a horrific car crash. Both the tormented antihero’s parents were killed and he was miserably brain injured. Now he sees all the world as pulsating meat, and his only safe place is his girlfriend, Saya, who is in reality herself a horrible monster, but looks to him as a young girl. Nothing good ensues. Perfect inspiration for us.

10. Ichi the Killer. Takashi Milke’s yakuza horror portrait of the most psychotic of psychotics. Tony loved the blood and splatter and often referred to it as the end-all of what we were looking for in our comic book work. 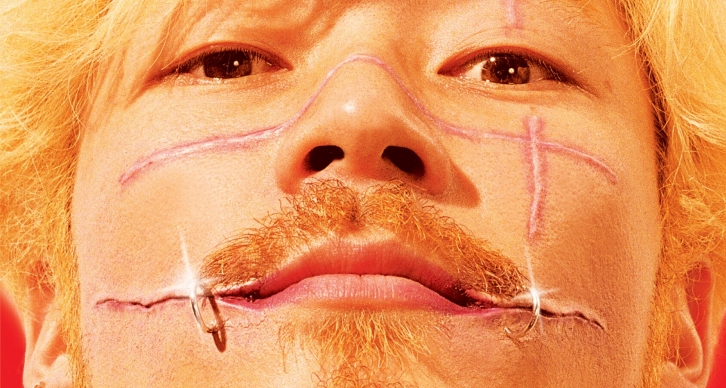 11. Astro Boy, long running and iconic, a tradition of storytelling to which one could only aspire. We were both on bended knee to Astro’s history and endurance. 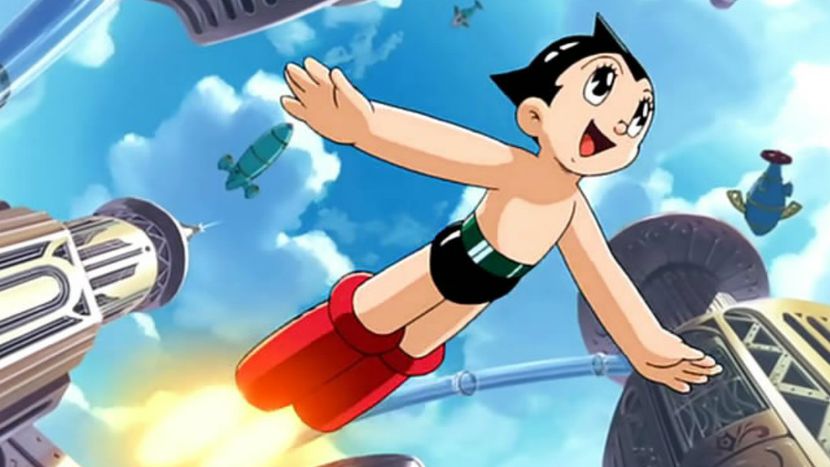 12. Steamboy. Katsuhiro Otomo’s visually riveting anime follow-up to Akira. Steampunk action from the git-go with all the touchstones of meticulous animation. Like a lot else here, we loved what it looked like. 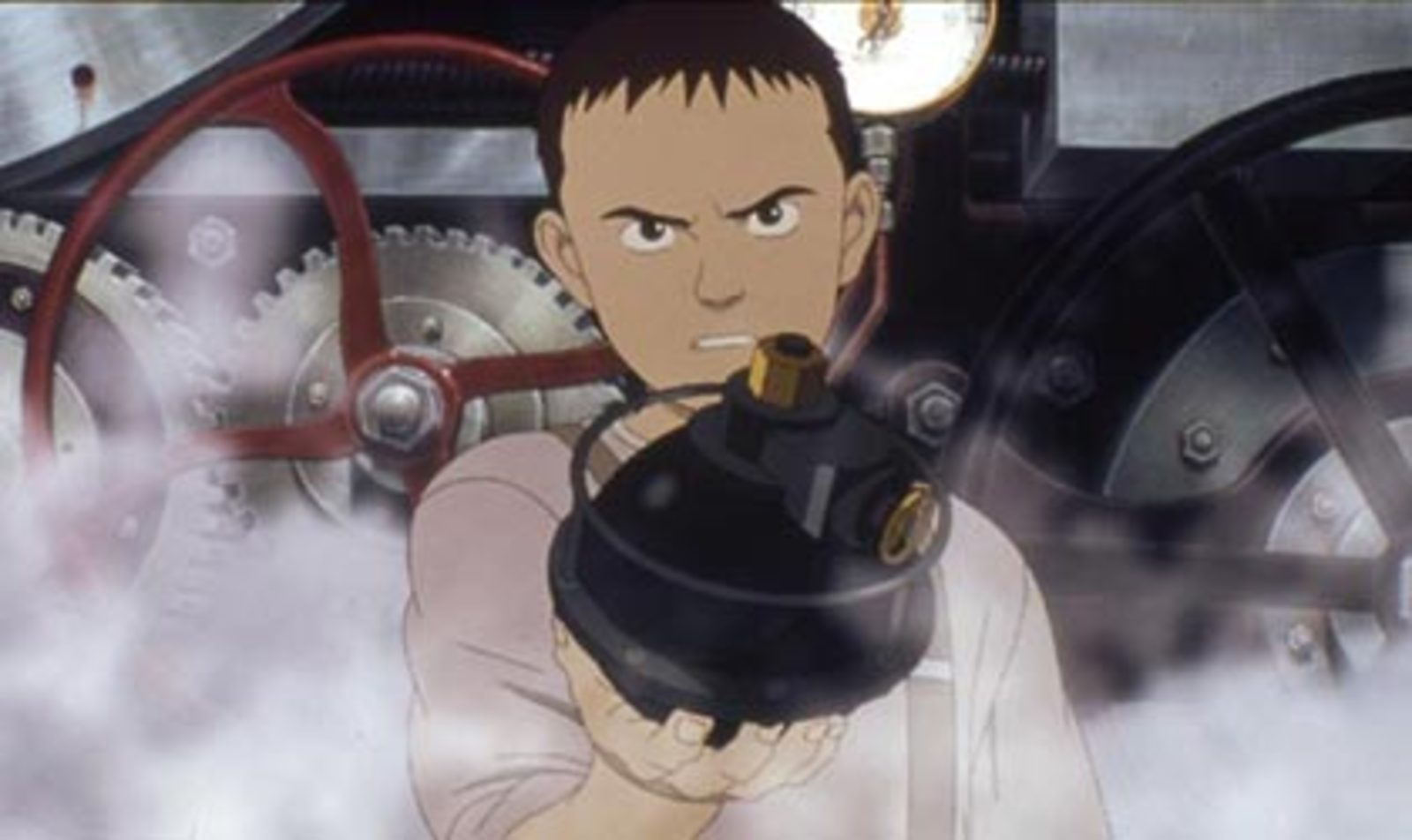 13. My Neighbor Totoro, Hayao Miyazaki and Studio Ghibli at their most breathtaking. For sheer delight, pure joy and pure inspiration, we give our due. And scary, too. 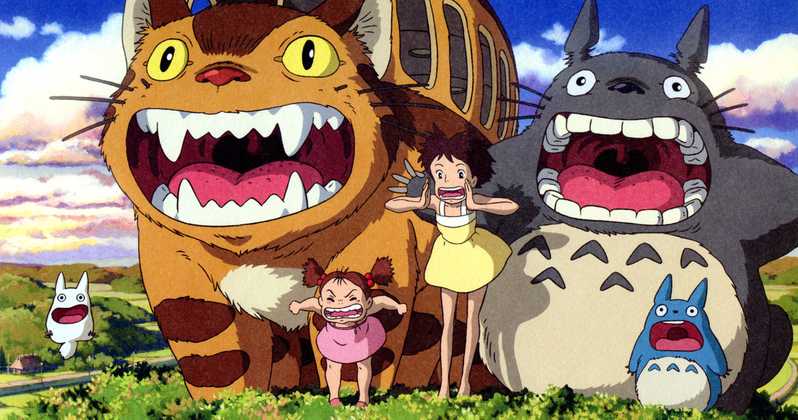 Hungry Ghosts is due in bookstores 10/2 from Dark Horse’s Berger Books imprint.