If you have to have a crossover, why not these team-ups instead? 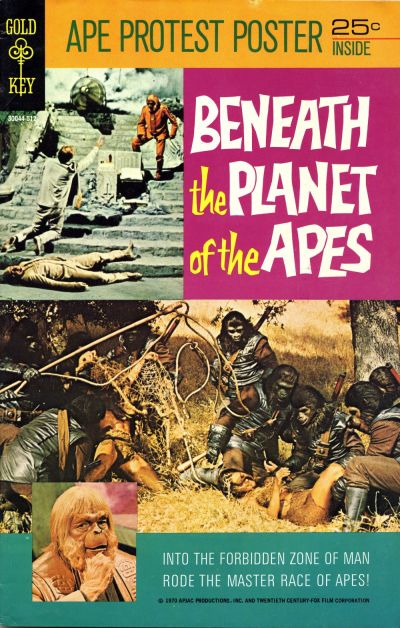 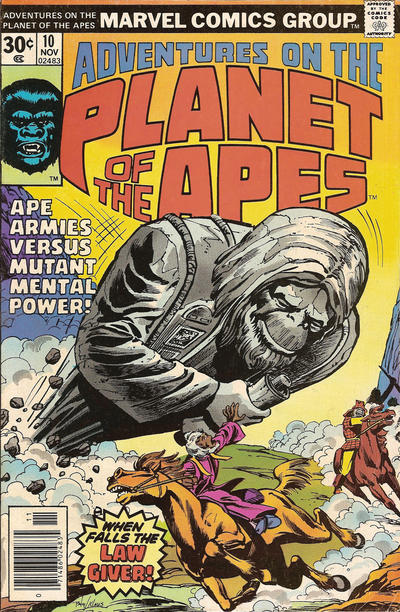 I love Planet of the Apes. Love it. It’s well-documented.

I love comics too. Obviously.

But I gotta tell you, I wasn’t that thrilled with the announcement this week that DC and Boom! were going to do a Planet of the Apes/Green Lantern crossover. At face value, the concepts just don’t seem to mesh well. 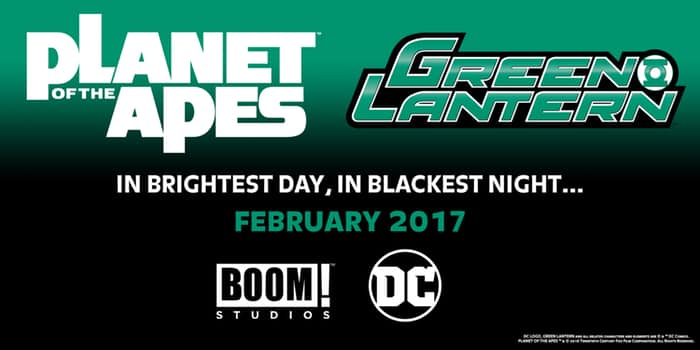 So in the absence of a regular POTA ongoing series starring the chimps, orangutans and gorillas we know and love, here are 13 IDEAS BETTER THAN GREEN LANTERN ON THE PLANET OF THE APES:

1. Superman on the Planet of the Apes. A rocket carrying the Last Son of Krypton crash lands outside Ape City, where it’s found by a kindly, childless couple (Cornelius and Zira). They raise the boy, Caesar, as a house pet but they soon learn he can talk — and has powers far beyond those of mortal apes. They teach him to silently fight for truth, justice and the Lawgiver’s way but he soon discovers the Statue of Liberty in the surf on the edge of the Forbidden Zone and realizes he’s supposed to be mankind’s greatest champion. Then shit gets real.

2. Batman Escapes to the Conquest of the Planet of the Apes. A young ape named Caesar is out with his parents one night and they take a shortcut near a shipyard in modern-day Los Angeles. Dr. Hasslein emerges from the shadows and kills his kindly parents, Cornelius and Zira. The young boy is taken in by Khan Noonien Singh, who teaches him all sorts of badass fighting techniques. When he becomes an adult, Caesar starts dressing up like a bat and becomes Bat-Ape — dedicating himself to overthrowing mankind.

3. Star Trek on the Planet of the Apes. I’d totally buy a sequel to the first one. It was a hoot. 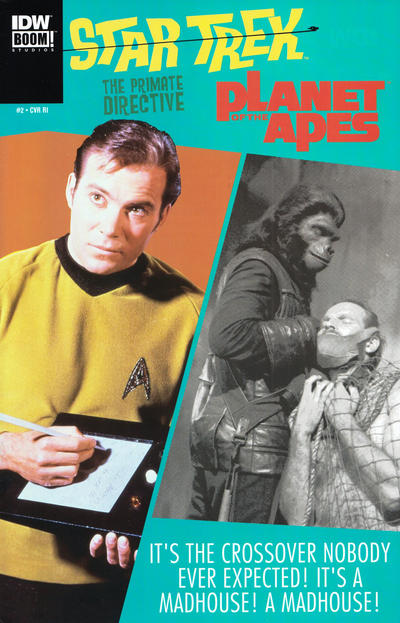 4. Lost in Space on the Planet of the Apes. The crew of the Jupiter 2 goes through a time warp and lands in the far future, where men are ruled by apes. They all die because Dr. Smith will not shut the hell up. But the robot freaks the apes out and he’s deemed the New Lawgiver: “Danger, Dr. Zaius! Danger!” 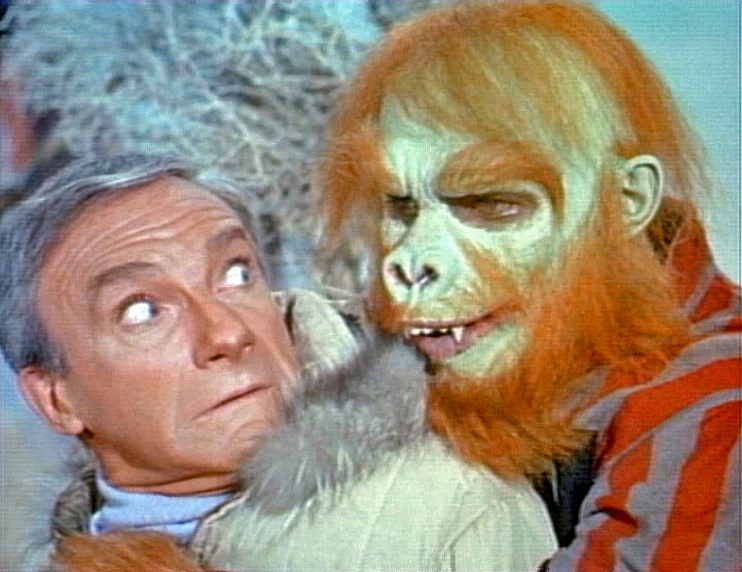 5. Spider-Man Goes Beneath the Planet of the Apes. A teen ape named Milosneaks underground to the Queensboro Plaza subway station. He follows the 7 line into the subterranean remains of Midtown Manhattan, where he’s bitten by an irradiated cockroach that survived the nuclear holocaust. He’s endowed with all the powers of a cockroach but even apes know that cockroaches are disgusting, so the teen adopts the guise of the more acceptable spider, even if it’s an extinct creature. Milo’s Uncle Cornelius dies and the newly minted superhero falls in love with this hot orangutan his Aunt Zira sets him up with. 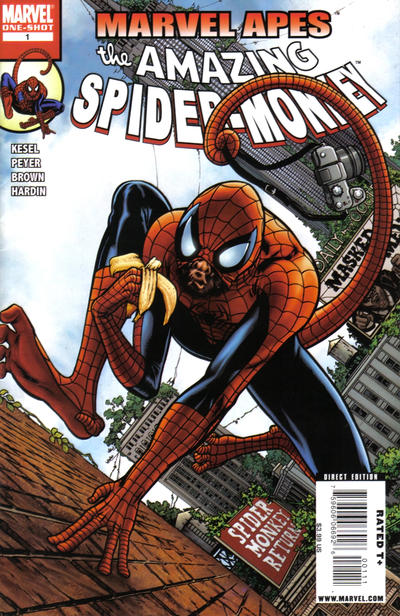 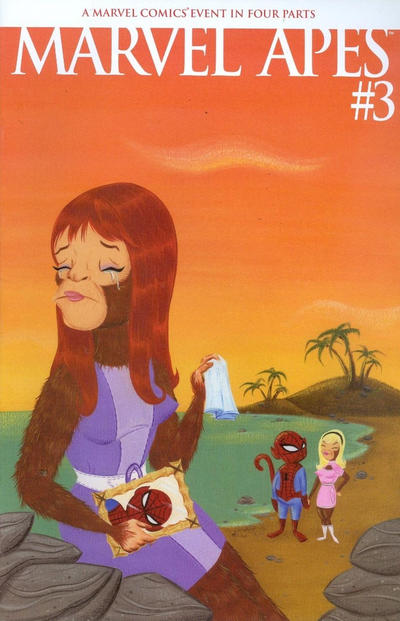 6. Grodd on the Planet of the Apes. This just writes itself. 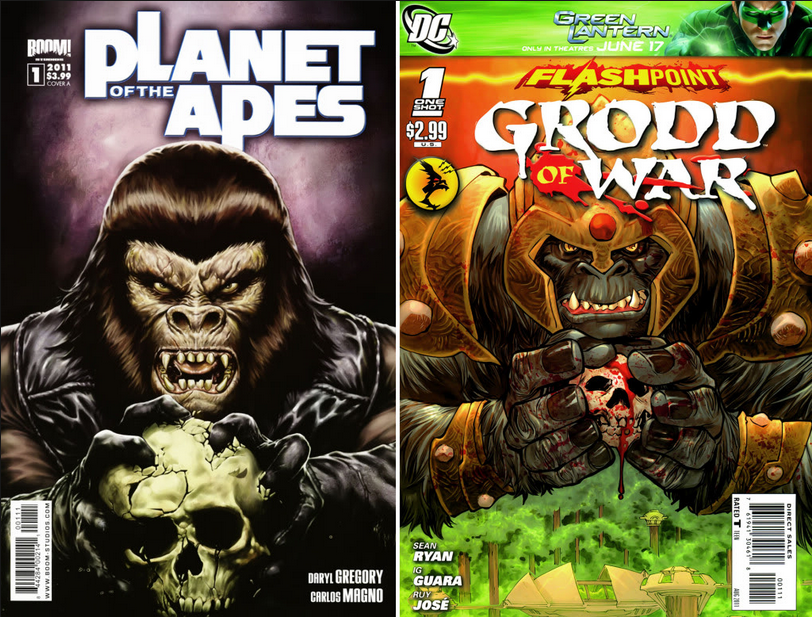 7. Batman ’66 on the Planet of the Apes. The same as #2, only a lot funnier and with barely a mention of Caesar’s murdered parents. 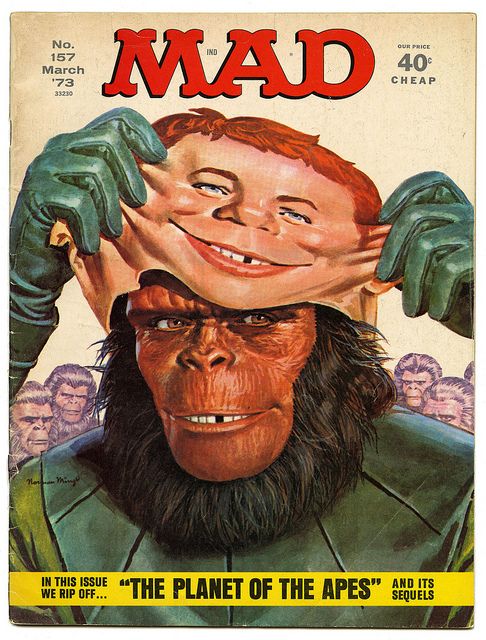 9. The Punisher Battles for the Planet of the Apes. Caesar’s son is killed by General Aldo. Caesar pursues Aldo up a tree while villagers chant “Ape has killed Ape!” The Punisher walks over with an automatic weapon and blasts Aldo out of the tree because the system is broken. 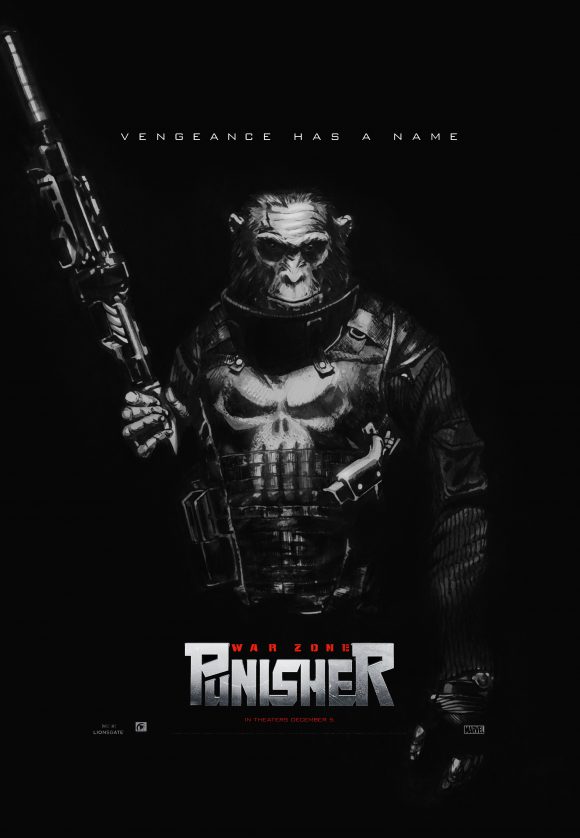 10. King Kong on the Planet of the Apes. Kong completely destroys Ape City because the apes don’t believe in flight.

11. James Bond on the Planet of the Apes. Actually, I got nothing.

12. The Avengers on the Planet of the Apes. Captain America, Hawkeye, Iron Man and Black Widow crash land on an arid planet in a Quinjet that Tony Stark has arrogantly retrofitted with “improvements,” unbeknownst to the others. They discover that Black Widow’s been killed in transit because her hibernation chamber’s been cracked.

Steve, Tony and Clint bicker a lot then get attacked by apes. Clint is killed almost instantly because his bow and arrow wouldn’t fit in his metal backpack. It’s not clear what happens to Tony but Steve is shot in the neck. An ape doctor named Zira takes a liking to his blue eyes and realizes he has some intelligence.

Eventually, Steve escapes but is captured again. His throat wound healed, he snarls, “Take your stinking paws off me you darn, dirty ape!” The apes freak out and put on a show trial. Steve finds out Tony’s been lobotomized. 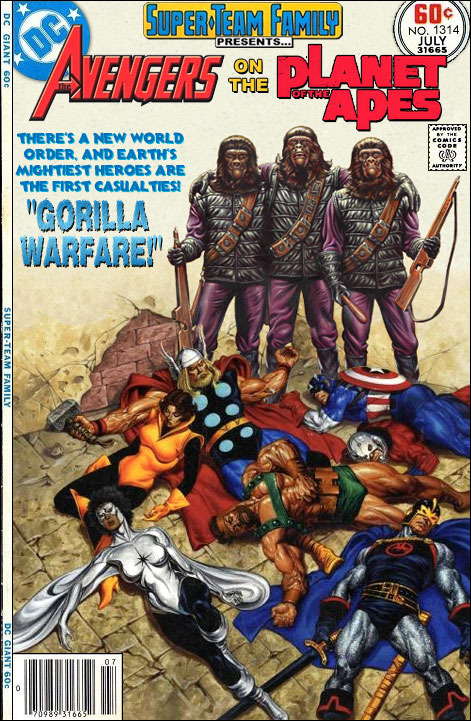 Steve escapes again, with Zira and Cornelius’ help, and grabs a young woman who bears a striking resemblance to both Peggy and Sharon Carter. Steve and Dr. Zaius confront each other in the Forbidden Zone.

Steve leaves with Nova Carter and he finds the Statue of Liberty buried in the surf. Realizing he’d been in suspended animation for 2,000 years and has returned to Earth, he gets off his horse and sets down a grime-encrusted shield he found in some plot contrivance I haven’t thought through.

He falls to his knees, pounds the surf in rage, and shouts “Why the heck does this keep happening to me? Ahhh, darn you! Gosh darn you all to heck!” 13. The Monkees on the Planet of the Apes. Because obviously.