It’s no secret how great these are… 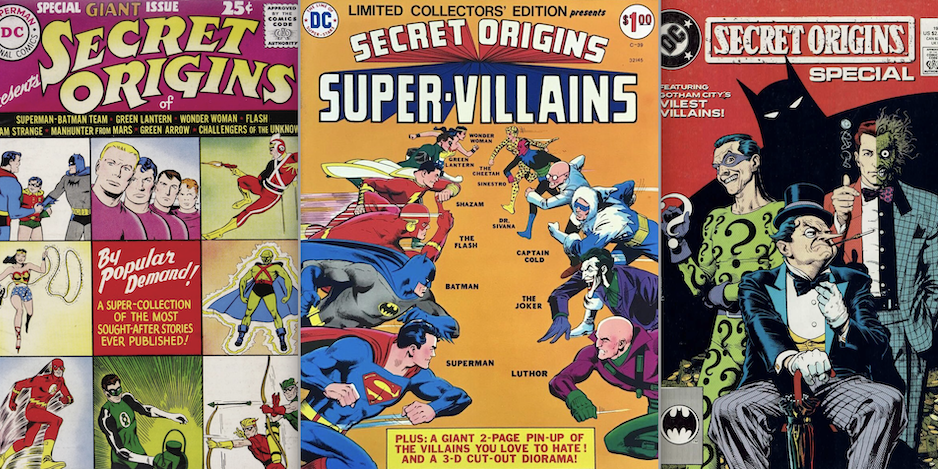 Secret Origins (Vol. 2) #40. The letters page by editor Mark Waid can explain this Bill Wray cover much better than I could. But in essence, it includes everything (apes, fire, dinosaurs, the color purple, motorcycles, and questions to the reader) that supposedly increased sales in the Silver Age whenever they appeared on a cover. All that’s missing in my opinion are go-go checks! 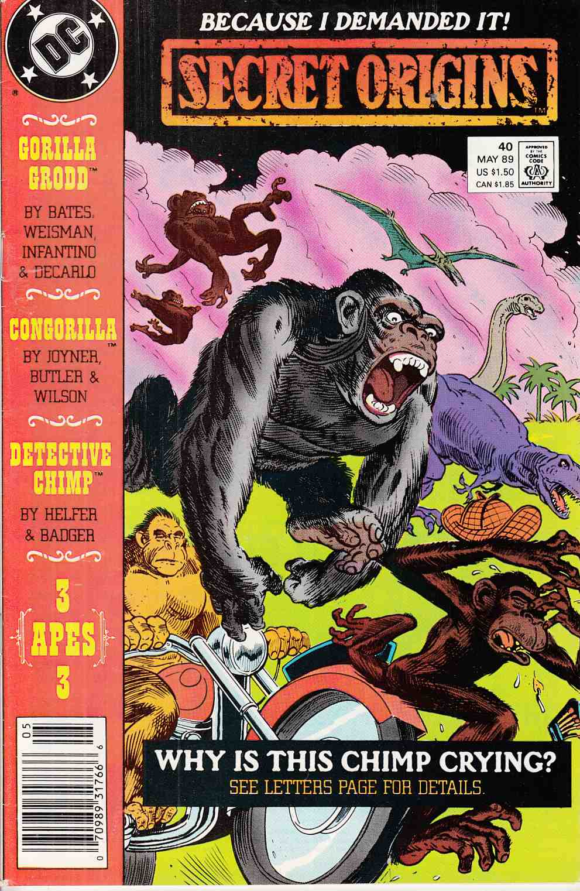 Secret Origins (Vol. 2) #30. Ty Templeton stretched his artistic ability when he got entangled with this assignment. This was one of the better pairings of characters in this run of Secret Origins and the cover is absolutely perfect! 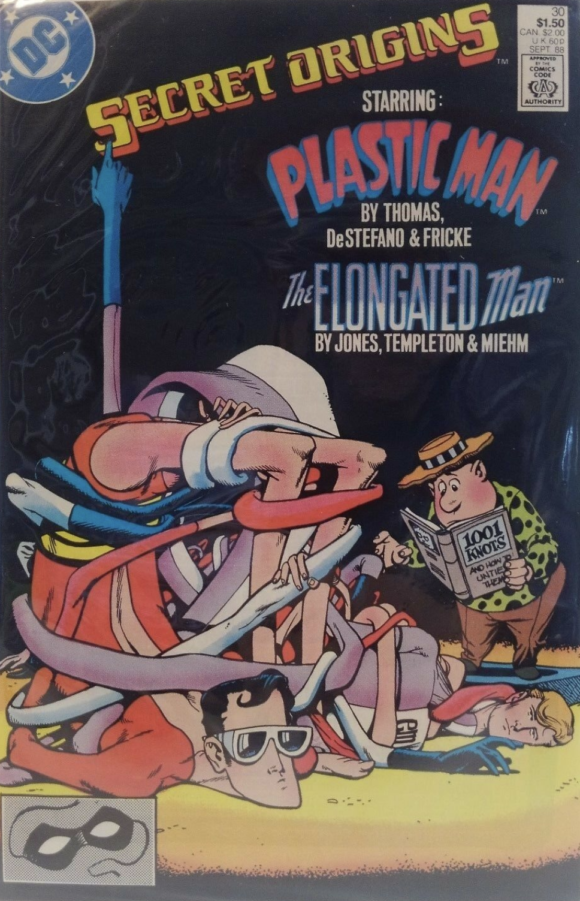 Secret Origins #1 (1961). This is the 80-Page Giant that launched the concept of “Secret Origins” back in the Silver Age. However, DC didn’t run with an actual monthly book until 1973. The cover is a hodge-podge of art from the likes of Dick Sprang (World’s Finest Team), Jack Kirby (Challengers of the Unknown), Gil Kane (Adam Strange and Green Lantern), Carmine Infantino (The Flash), Wonder Woman (Ross Andru), Joe Certa (Martian Manhunter) and Lee Elias (Green Arrow). 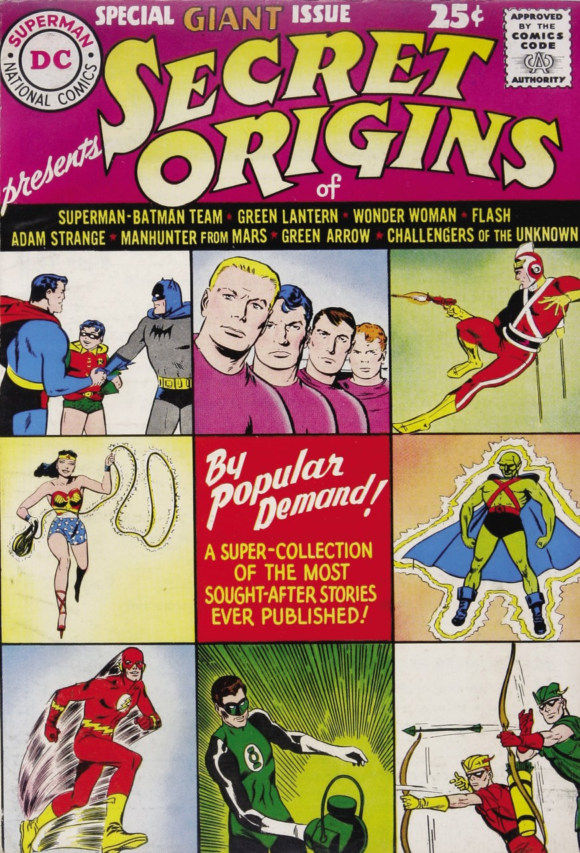 Secret Origins (Vol. 1) #2. Most of the covers of the 1973 Secret Origins series are rather pedestrian efforts, with covers split either vertically or horizontally between the featured characters. This one by Nick Cardy, however, pops for me with the yellow background and the red, blue and green of the heroes’ costumes. And it’s also a pretty solid grouping of characters too. 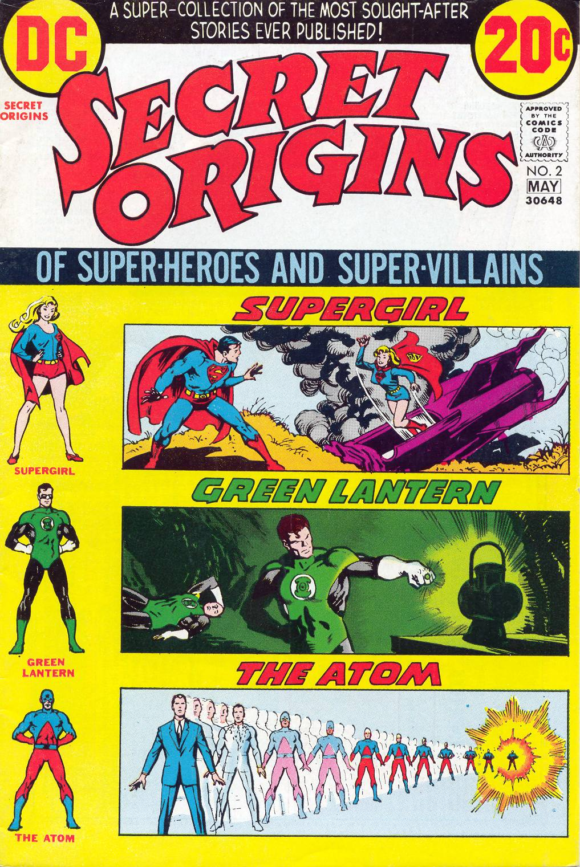 Secret Origins (Vol. 2) Annual #1. John Byrne does the Doom Patrol! Both versions: original and Showcase revival era! A perfect match of artist and characters, Byrne also does the interior art on the DP origin story. Captain Comet is shoe-horned in, keeping with the then-tradition of having a Roy Thomas scripted “Golden Age” hero in every issue. Captain Comet gets in on a technicality that escapes me. 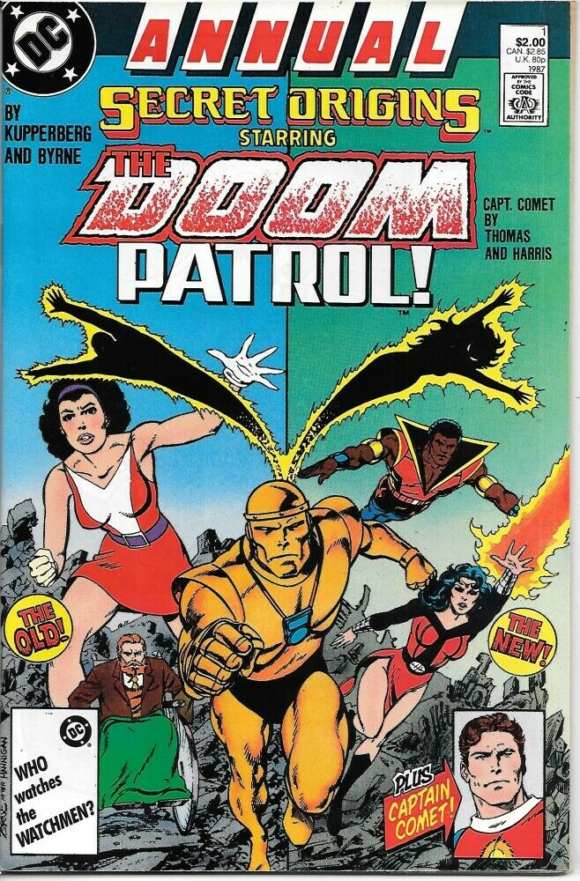 Secret Origins Special #1. Brian Bolland tackles three of the most popular members of Batman’s rogues gallery: the Riddler, Two-Face and the Penguin. Bolland was fresh off handling the art on the origin of the Joker in Batman: The Killing Joke. 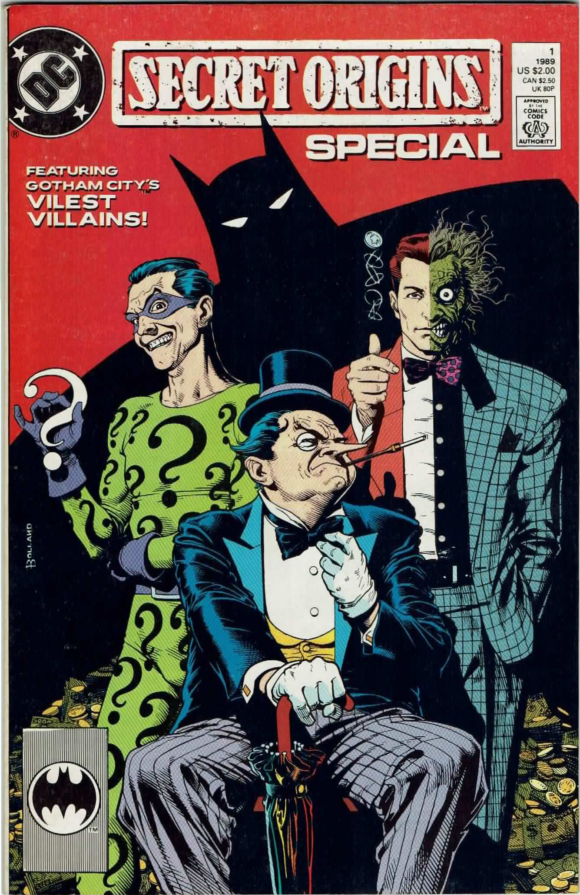 Secret Origins (Vol. 2) #50. Ty Templeton breaks the fourth wall as the stars of this final issue pack up everything but the kitchen sink! 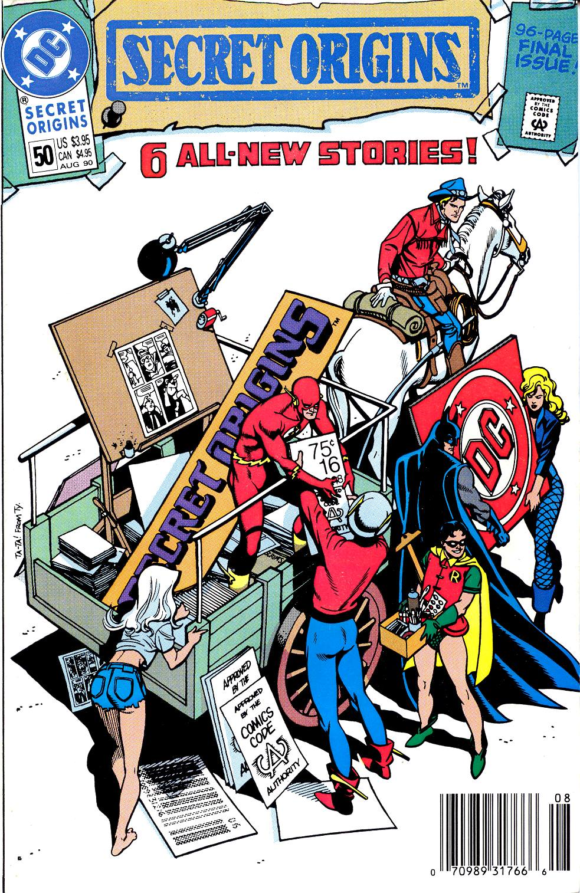 Secret Origins (Vol. 2) #18. Other than both operating in Gotham City at one point (though not concurrently), the Golden Age Green Lantern and the Creeper have nothing in common. But Bill Sienkiewicz does a great job with GL’s ring creating a laser-like maze that the agile Creeper must navigate. The green, yellow and red color schemes of the two characters’ costumes just POP off the black background. 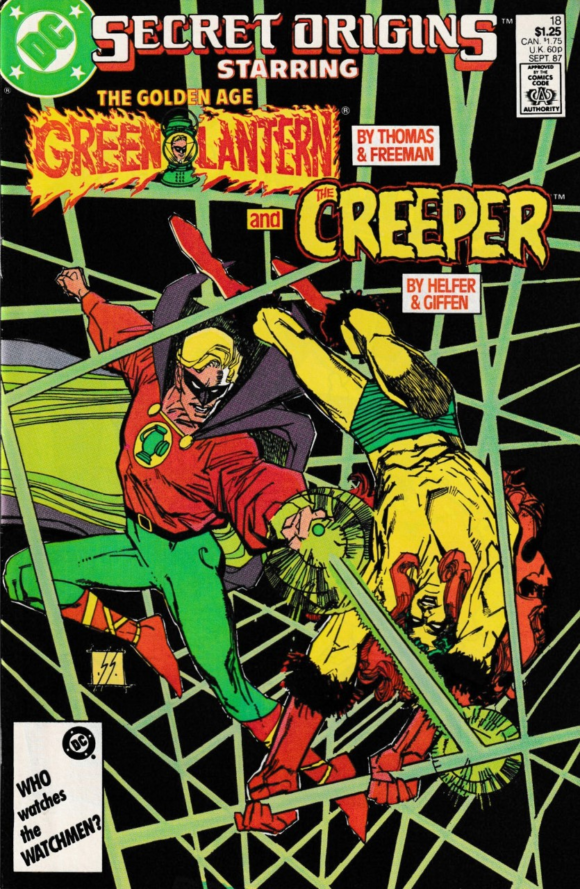 Secret Origins (Vol. 2) #6. The first of the 1986 Secret Origins series to be double-size and include both a Golden Age and Modern Age hero. Previously, the idea had been to rotate back and forth, but I’m assuming that sales on the Golden Age character issues weren’t as great as DC would have liked. Although this is the Golden Age version of Batman, the art by Jose Luis Garcia-Lopez is reminiscent enough of the modern era Batman, who was then a teammate of Halo in the Outsiders. Having them both chilling on the same rooftop, albeit one in the day time and one at night, is a nice added touch. 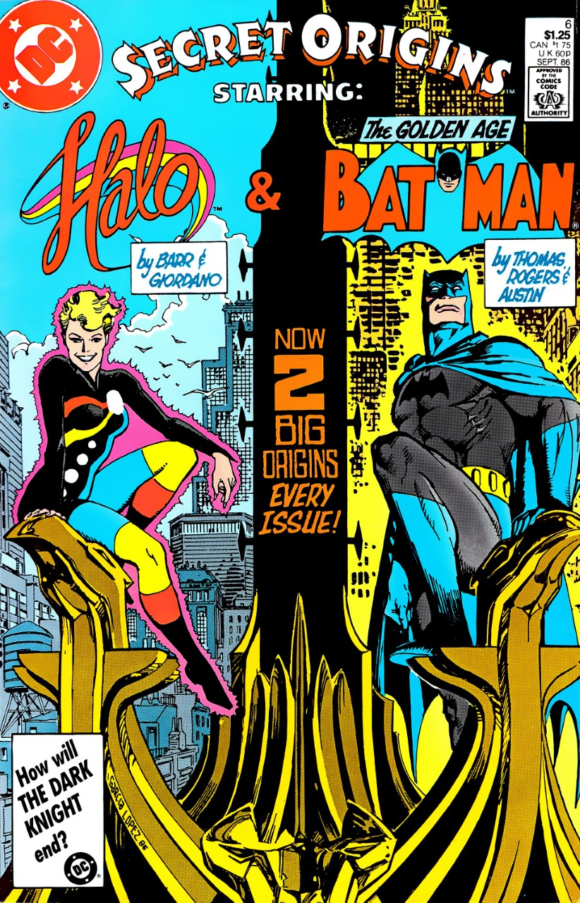 Secret Origins (Vol. 2) #1. Jerry Ordway pays homage to the cover of All-Star Comics #8, with the Golden Age Superman reliving his first adventure in Action Comics #1, as his JSA teammates look on. A SUPER way to launch this new series, without seeming old-fashioned, with a Golden Age Man of Steel who was quickly becoming just a memory. 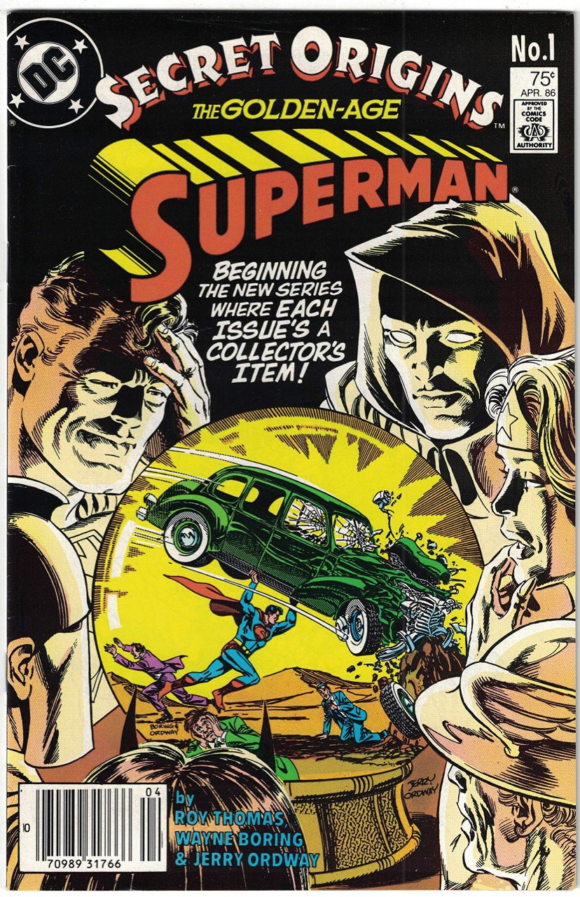 Limited Collectors’ Edition #C-39. This iconic cover by Dick Giordano predates the opening to Challenge of the Super-Friends by three years. It HAD to be an influence on the Super Friends going head to head with the Legion of Doom! DC Special Series #19. DC Special Series went through every size incarnation imaginable in the ’70s: double-size comic, treasury edition and even digest size. This issue was a pilot test before the title DC Special was inherited a few months later by DC Special Blue Ribbon Digest. The cover by Ross Andru showcases Wonder Woman, whose origin is the only non-reprint one in the issue. It’s another take on the iconic versions of these characters in all their four-color glory. 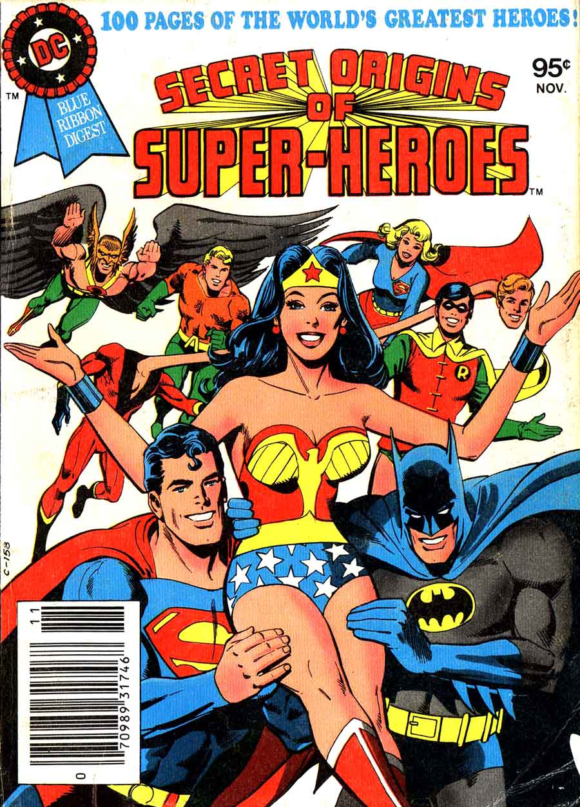 Secret Origins of the Super DC Heroes (Warner Books, 1976). The legendary Neal Adams (then the go-to artist for many of DC’s ventures outside of the newsstand) takes on the Justice League of America. This is the purest form of these heroes and Adams makes them shine like the superstars they are. The inclusion of Shazam (Captain Marvel) and Plastic Man, who then were not members of the JLA, makes sense as they got a heavy push back in the ’70s. Which is perhaps what influenced Alex Ross later on when he added these two as members in Justice. 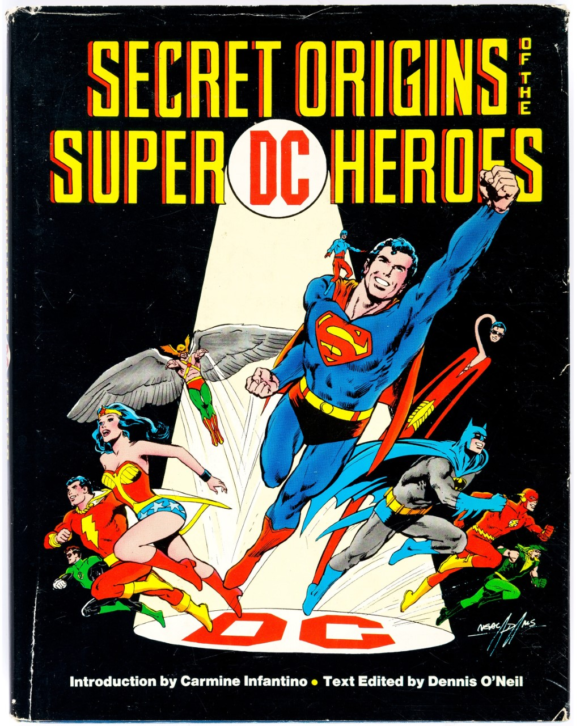