Y’know what I watched the other day? Blade Runner: The Final Cut, to prepare for Blade Runner 2049. Unlike a lot of folks, I never committed the movie to memory, so I completely forgot how important unicorn imagery was to Ridley Scott’s vision.

Now, as it happens, unicorns are essential to Norwegian cartoonist Ida Neverdahl’s popular webcomic Jelly Vampire, which Emet Comics is seeking to collect in book form via Kickstarter.

Jelly Vampire is a fanciful series about an imaginative 13-year-old girl and has caught the attention of big-name talents such as Scott McCloud and Raina Telgemeier. Oh, and it’s totally not for kids. The comic has never been published in English, so feel free to check out what the Kickstarter is all about (click here).

In the meantime, here’s Neverdahl’s list of 13 GREAT UNICORNS IN POP CULTURE.

1. Unico, from the anime The Fantastic Adventures of Unico, is a very tiny “kawaii” unicorn with the body of a white foal and the head of a redhaired baby. On his forehead is a horn the size of a baby carrot. Unico’s magic power is that everyone who meets him wants to be his friend forever. Sadly this causes trouble for Unico as the gods grow jealous and chase him through different worlds. But once he leaves, his friends’ memories of him are lost.

2. Charlie the Unicorn is the unlucky star of a series of shorts that went viral in 2005. He’s a gray and grumpy old colt who suffers from depression. On top of this, he is continuously bothered by a pair of obnoxious unicorns named Lolz and Roffle.

3. Lady Rainicorn. Lady Rainicorn is a character from the amazing TV show Adventure Time. She’s a snake-like, flowy unicornic creature from the crystal dimension. She speaks Korean and is in a relationship with the shapeshifting dog, Jake. Together they have a litter of the most adorable mixed breed Rainicorn puppies.

5. Fetuscorn. Fetuscorn is actually my own unicorn creation. He’s a cute little creature, floating around inside a balloon, with a rainbow-color umbilical cord dangling behind him. Unicorn fetuses are made up of magic stem cells that can be used for good — but can be dangerous if used for sinister, nefarious purposes like making terror cells.

6. Black Unicorn. This unicorn is from a book by Tanith Lee I read as a kid. The main character, Tanaquil, is the daughter of a sorceress but not very good at magic. Instead, she has a talent for tinkering and putting things together. She finds mysterious bones in the desert, and puts them together into a full unicorn skeleton. The skeleton then comes alive, taking the shape of the ominous but beautiful Black Unicorn. 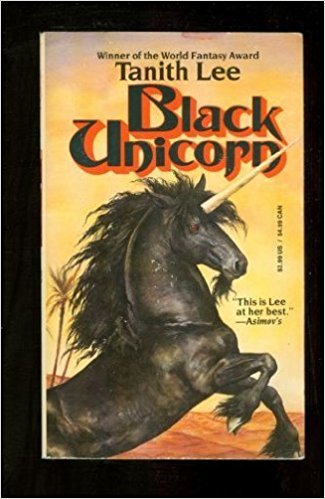 7. Rainbow Unicorn Attack is a game everyone played in 2009. It’s a side-scrolling video game, where you play as a robot unicorn and have to gallop through a magical land filled with obstacles. I think what appealed the most to me was the usage of the ’94 Erasure song Always in the soundtrack. 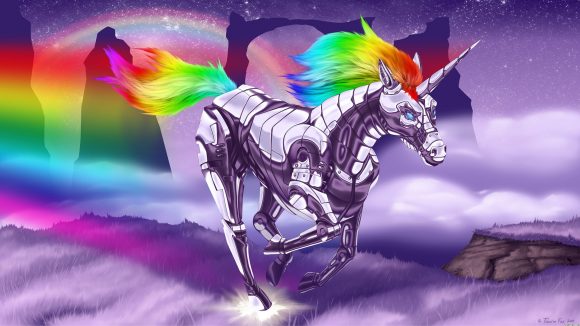 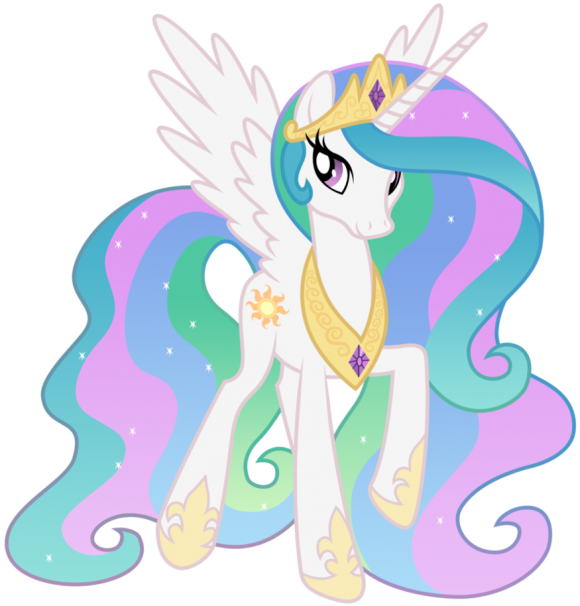 9. Rapidash, the unicorn Pokémon called Gallop in Japan, evolves from Ponyta at Level 40. Some people have argued over the years that Rapidash is kinda silly and stupid. “A unicorn on fire sounds like a dumb idea, you can’t even ride it, Ida, you foolish bambino!” If you are one of the neigh-sayers who thought along these lines, just hear me out OK? You CAN actually ride Rapidash. If it takes kindly to you, the flames will not harm you, as seen in the Pokémon anime. Oh, and another great thing about this Pokémon – if you happen to become friends with a Rapidash you’ll never be late for school or your grandparents’ funerals ever again! This guy can outrun a bullet train and goes from 0 to 240 km/h in just 10 steps. If you ride such a studly creature every man, woman and of course child will envy you for certain. So who is the silly one now? 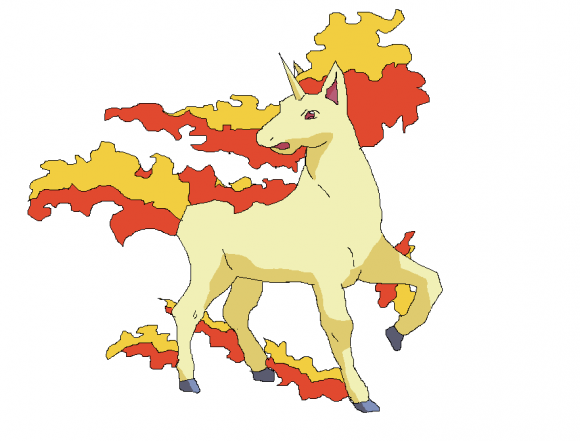 10. Real Life Unicorn. My friend Øystein has published a book on stem-cell research. In the process, one of the leading stem-cell researchers in the world told Øystein that attaching a growing horn to a pony, and thus making a unicorn, would be quite easy for her to do. But it’s not going to pass through the ethics committees, because it’s a bit pointless. Still, it’s good to know that science has actually come as far as being able to create real-life unicorns.

11. Qilin is a mystical, horned creature from Chinese mythology. It’s often referred to as a Chinese unicorn even though it’s usually depicted with two antler-like horns instead of just one. Anyway, it’s considered a good omen, so it’s fairly similar to the unicorns we know. Maybe they’re mythological third cousins? 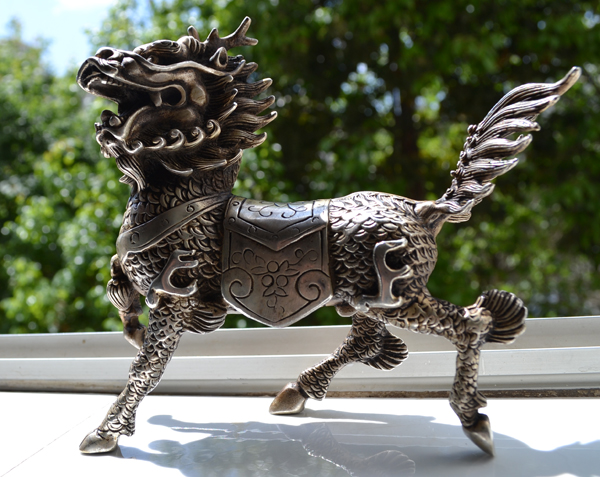 12. Uni is a very unicorn-looking creature from neopets. It’s a site where you can create your own pet, feed it, dress it up and a lot of other stuff. Even if you haven’t played in years, your neopets can never die, no matter how much you neglect them. So if you ever created a Uni on neopets back in the day, it’s still there waiting for you. Maybe it’s time to log on and treat your neopets to some carrot and pea omelettes and glowing jelly?