Batman? Check. Doom Patrol? Check. Star Trek? Check. And so much more from the late cartoonist… 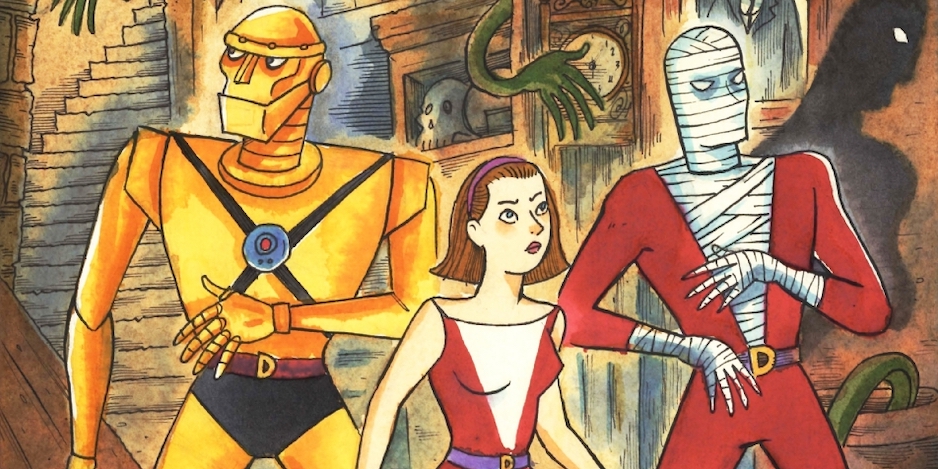 Cartoonist Richard Sala died a year ago May 7 at the age of 65, leaving an offbeat legacy of stories and artwork that both revered and poked fun at some of our favorite pop-culture concepts and tropes.

Just check out Sala’s take on Catwoman’s perspective when encountering a humorless, monstrous Batman, or his fittingly oddball perspective on the Doom Patrol (both of which you can find in full below).

“Richard Sala was wonderfully unique,” Hellboy creator Mike Mignola said in a tribute to the artist. “ It was all there in everything he did, his love of old monster movies, the pulps, mystery and horror in general ― the good stuff and the terrible ― wore it all like a badge of honor and did wonderful things with it. I miss him.”

With the anniversary of Sala’s death this week, Fantagraphics has released his final book — Poison Flowers and Pandemonium: A Richard Sala Omnibus, featuring a series of groovy stories and pinups. 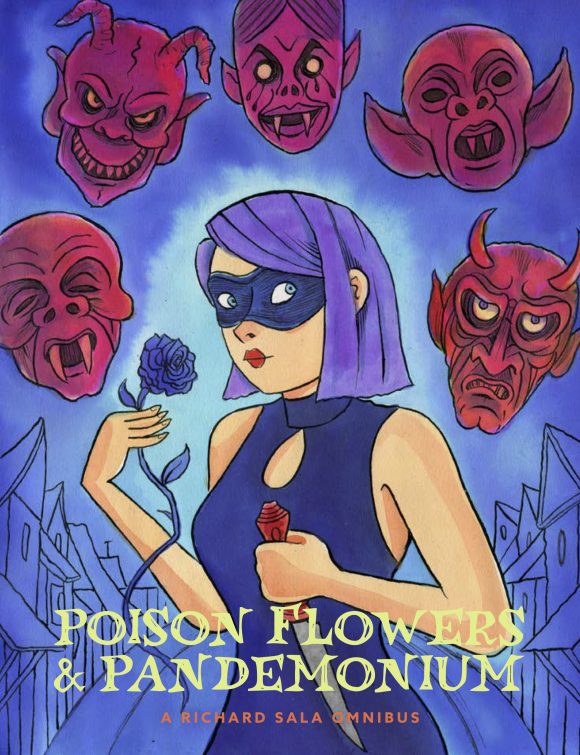 “Richard was a true original!” said 13th Dimension fave Mike Allred. “His work is timeless and simultaneously charming and creepy in the best way possible. He was also one of the kindest people I’ve ever met. And incredibly supportive. He was actually the first of hundreds to do a Madman pin-up. He set the bar high with that, and in every other way.”

So dig these 13 GREAT ILLUSTRATIONS, some that precede the book and some that are included within. 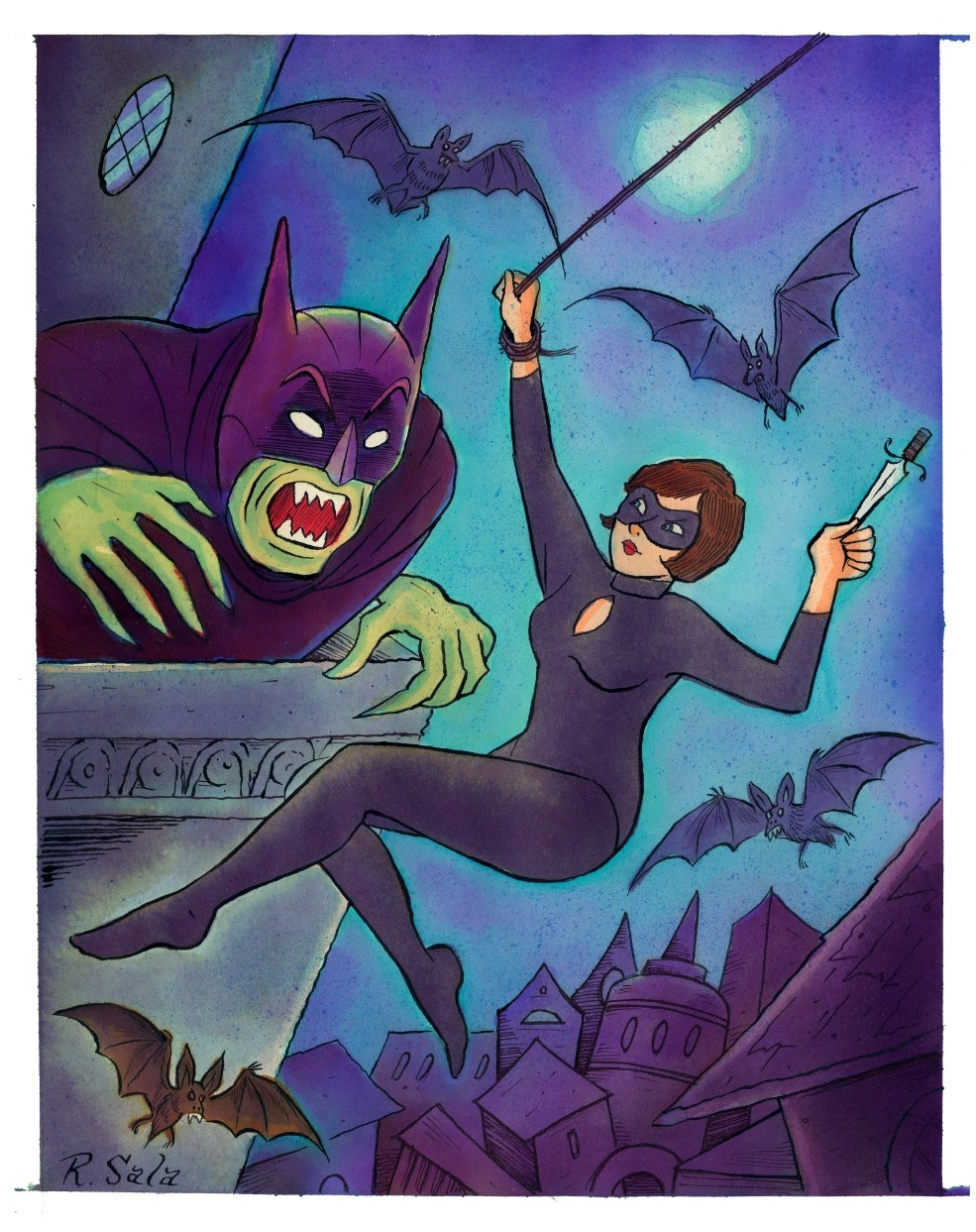 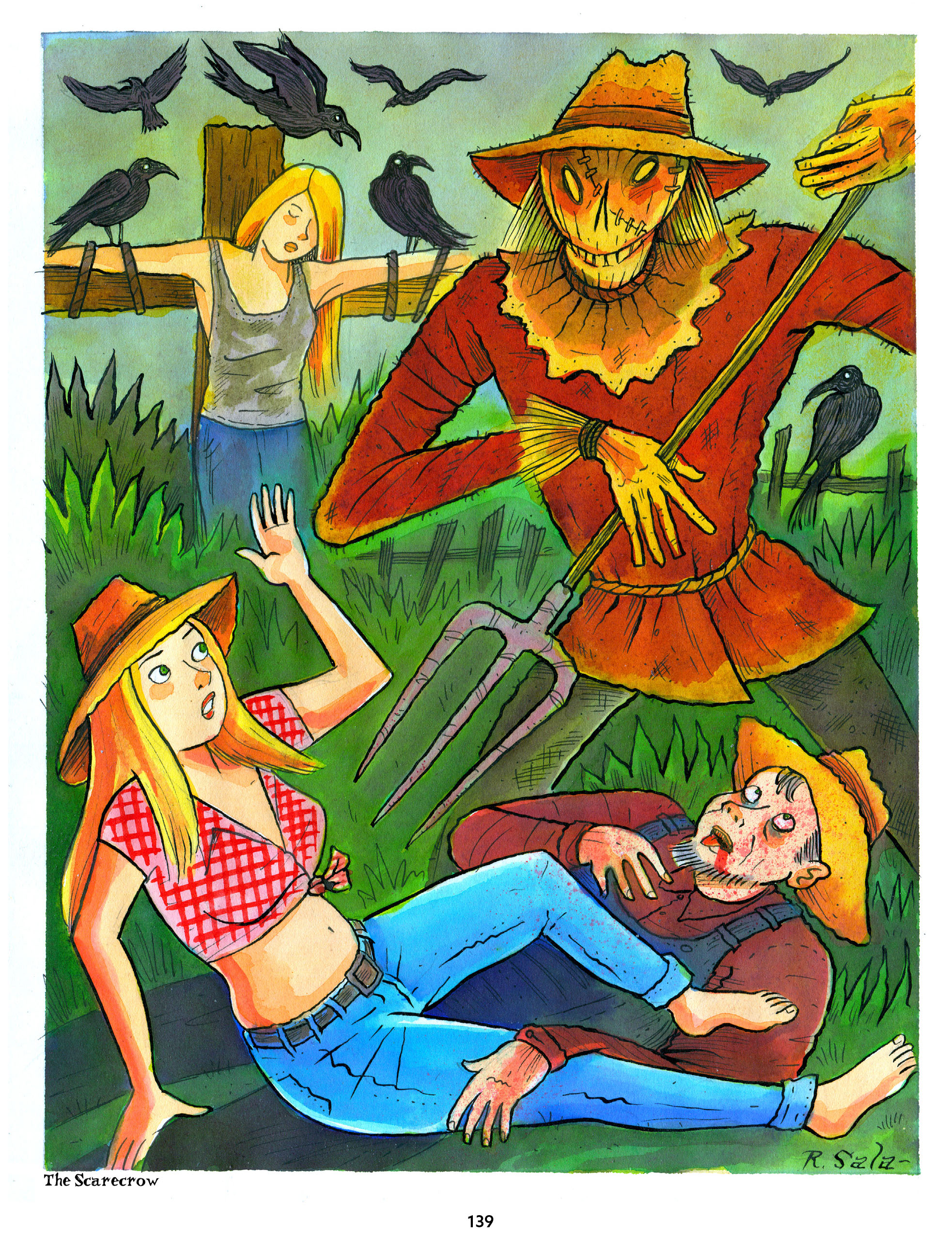 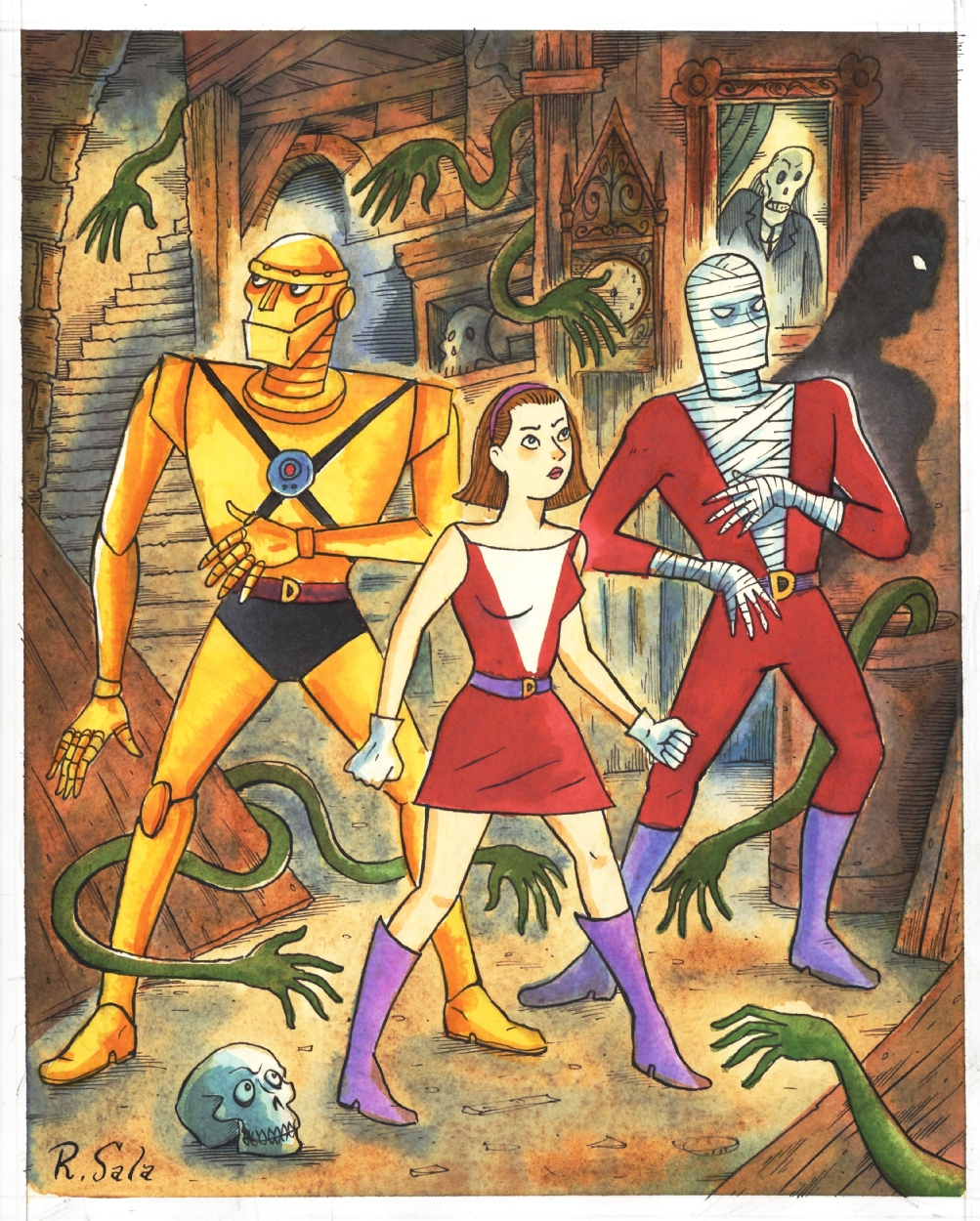 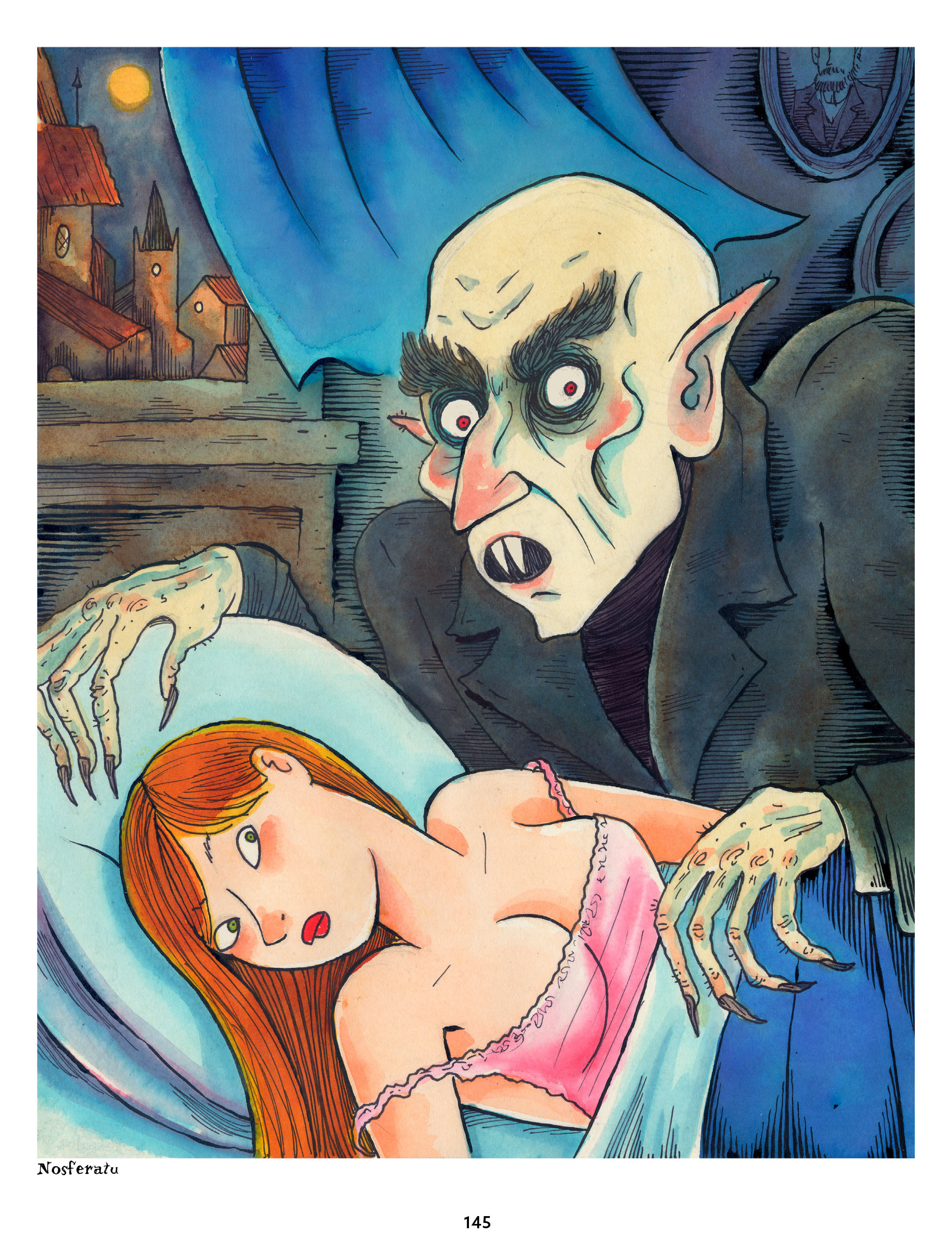 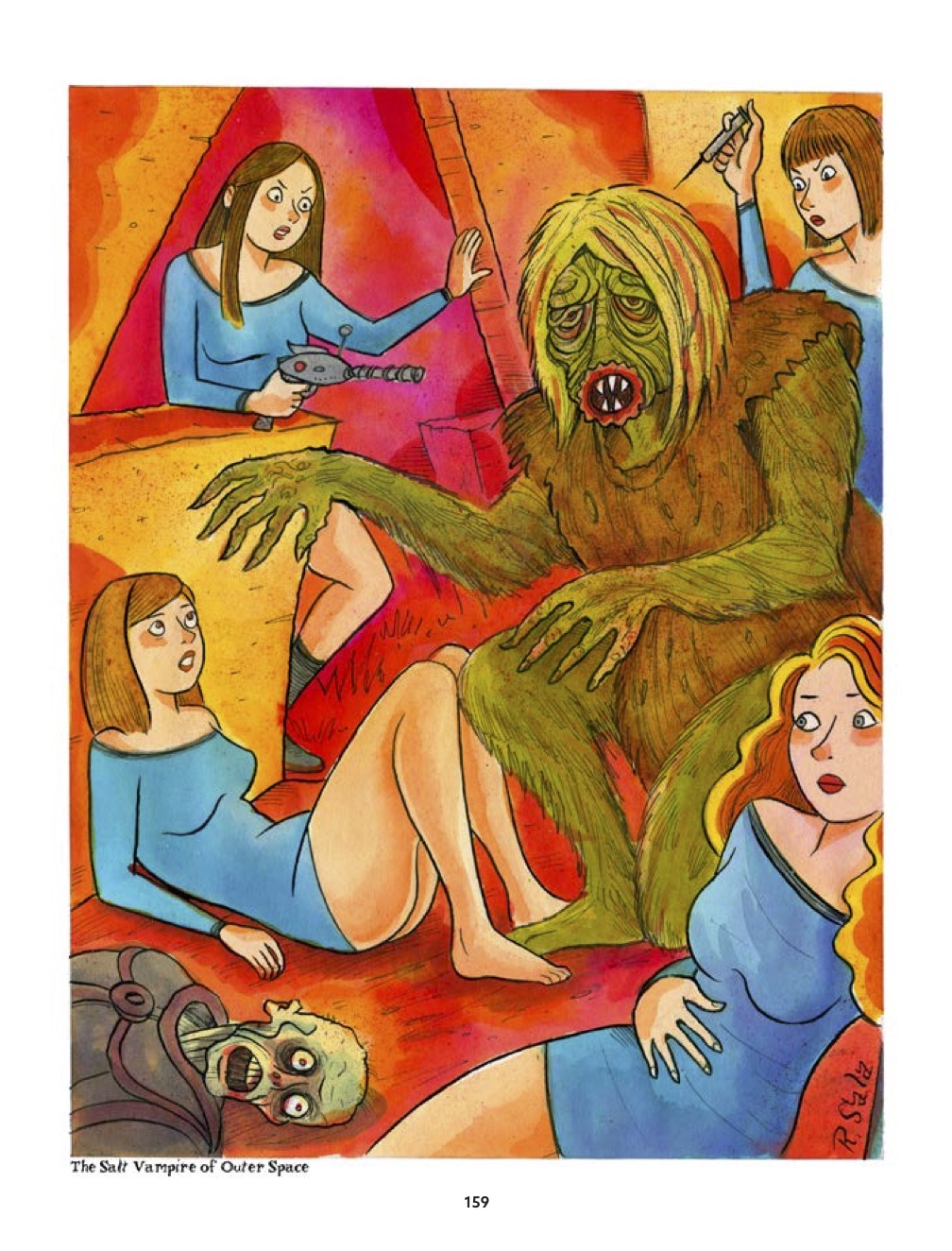 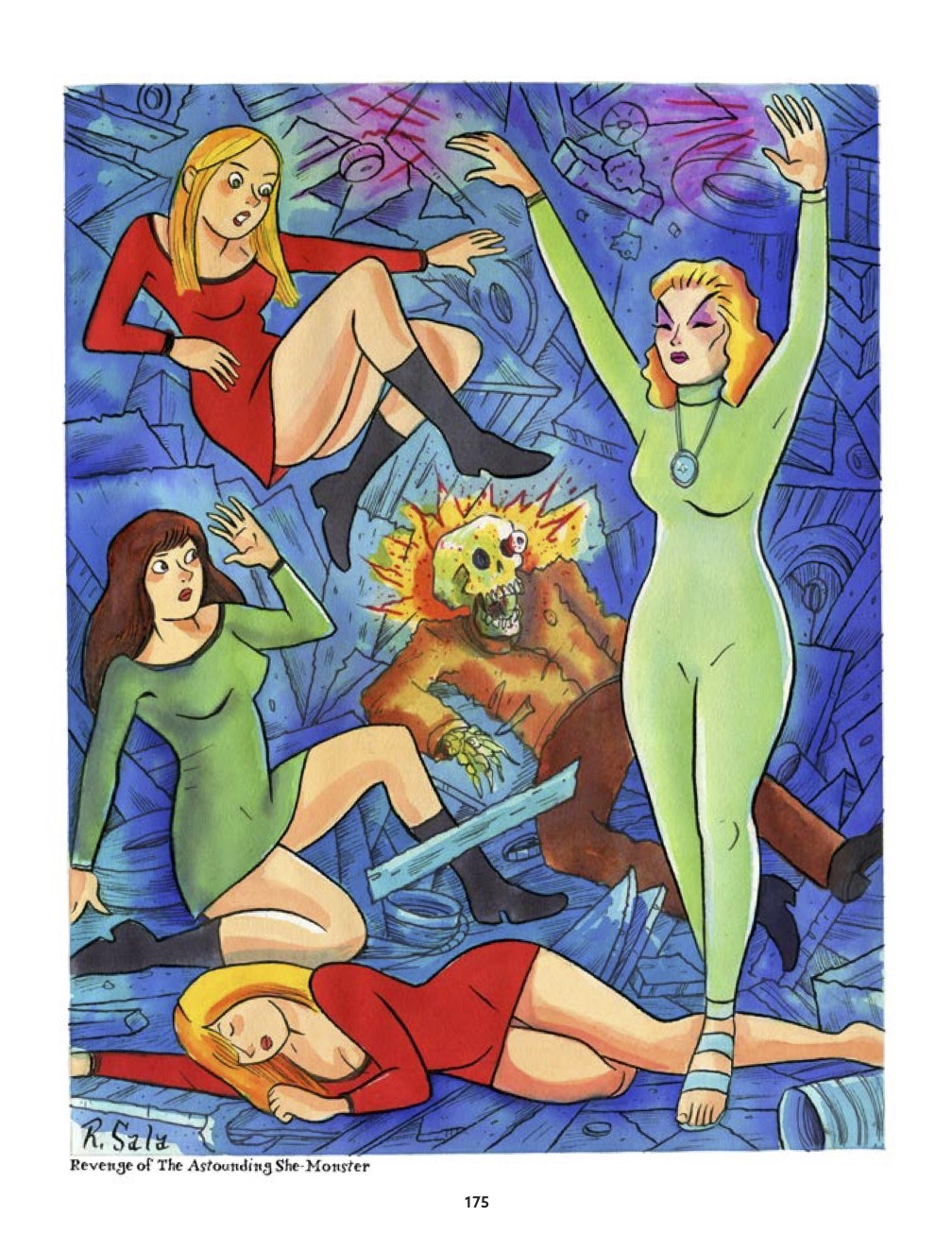 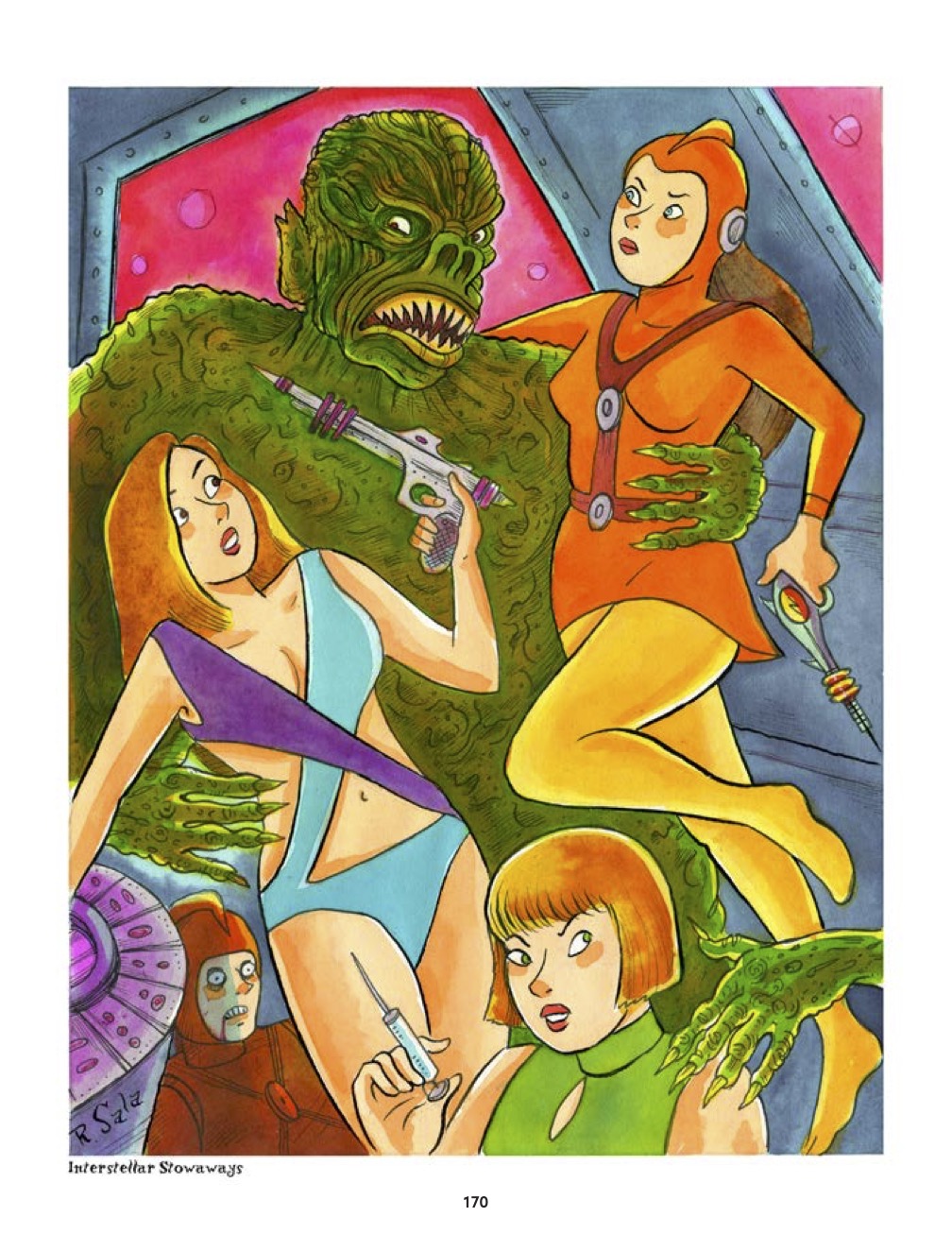 A cameo by Andrea (left), from the Star Trek ep “What Are Little Girls Made Of?” 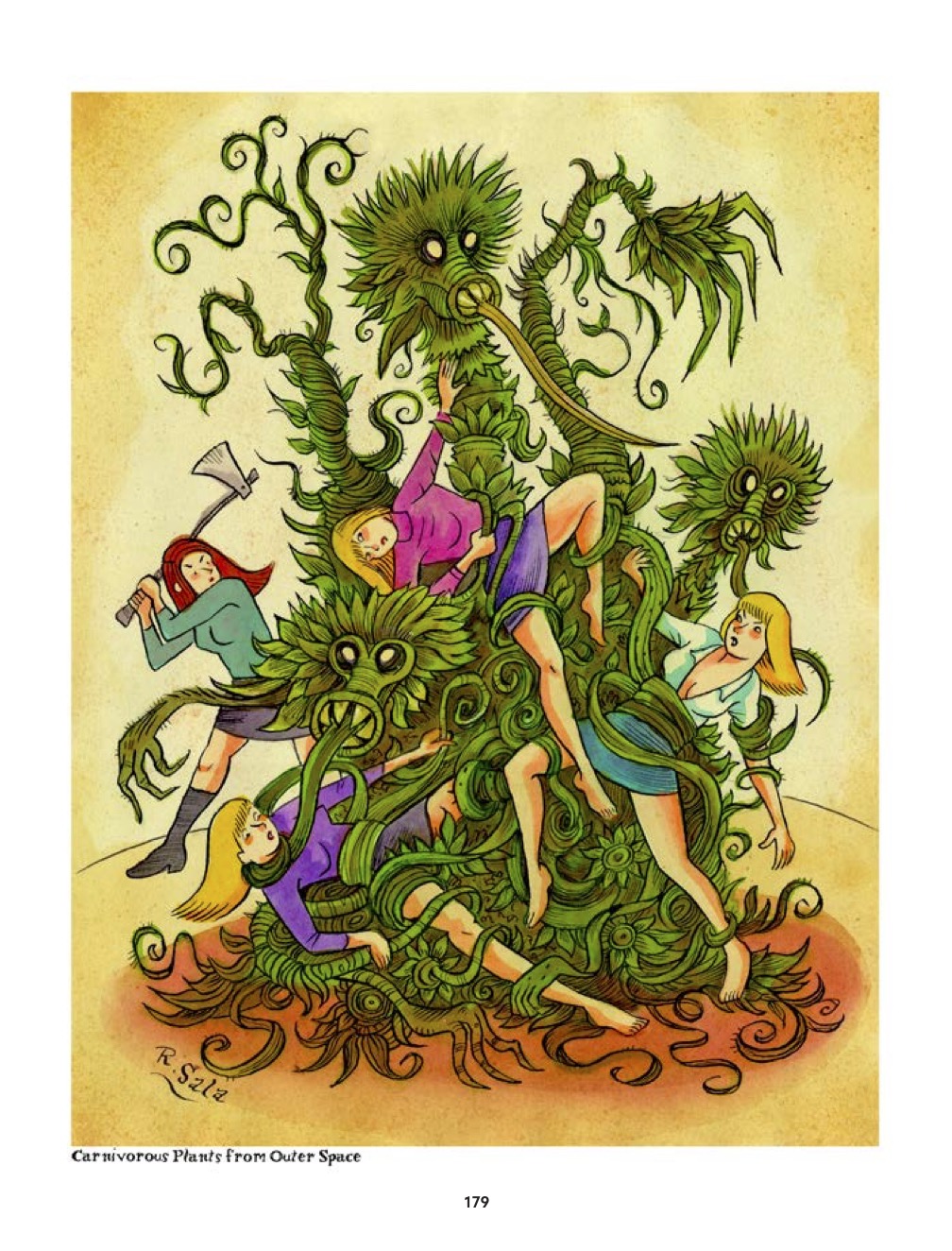 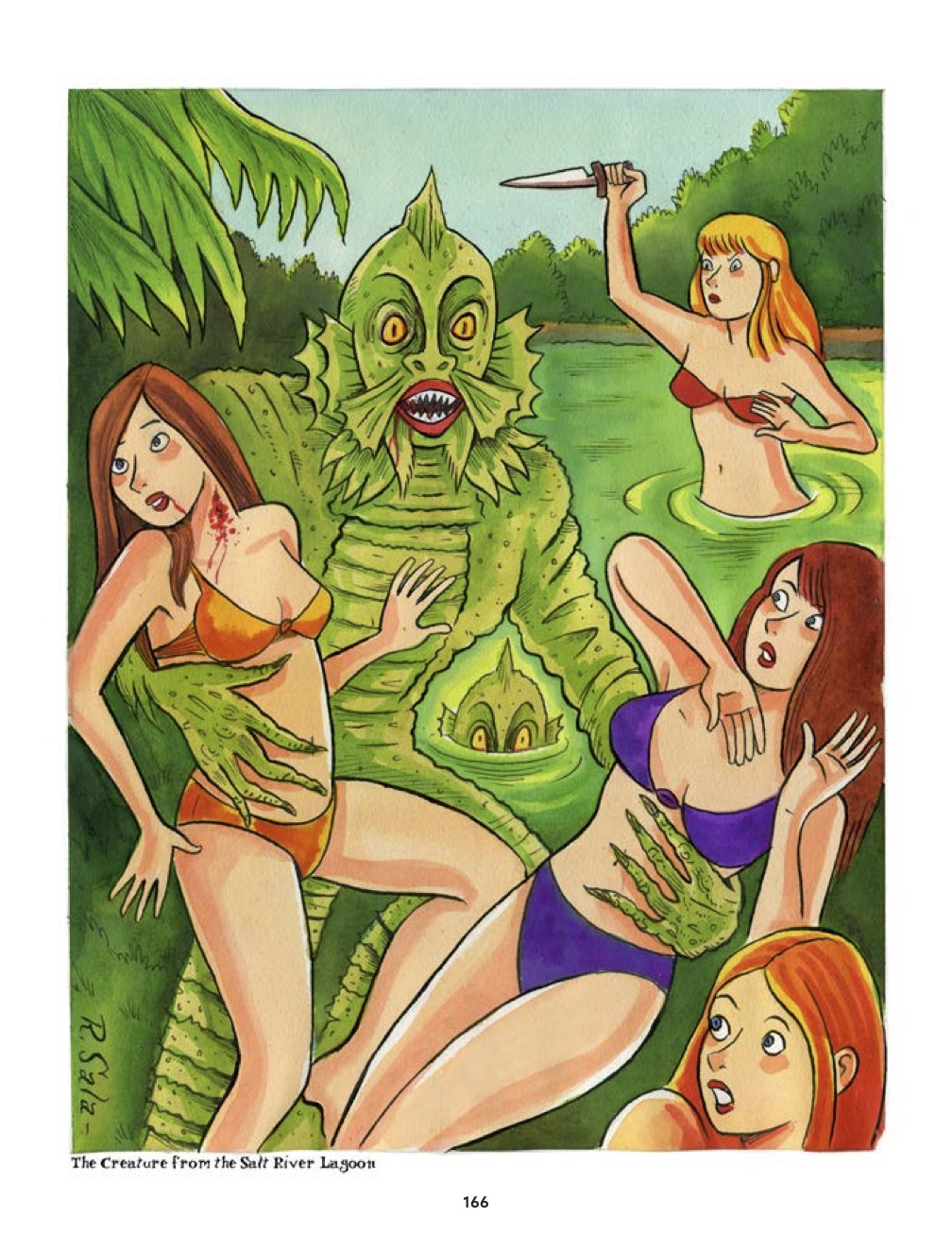 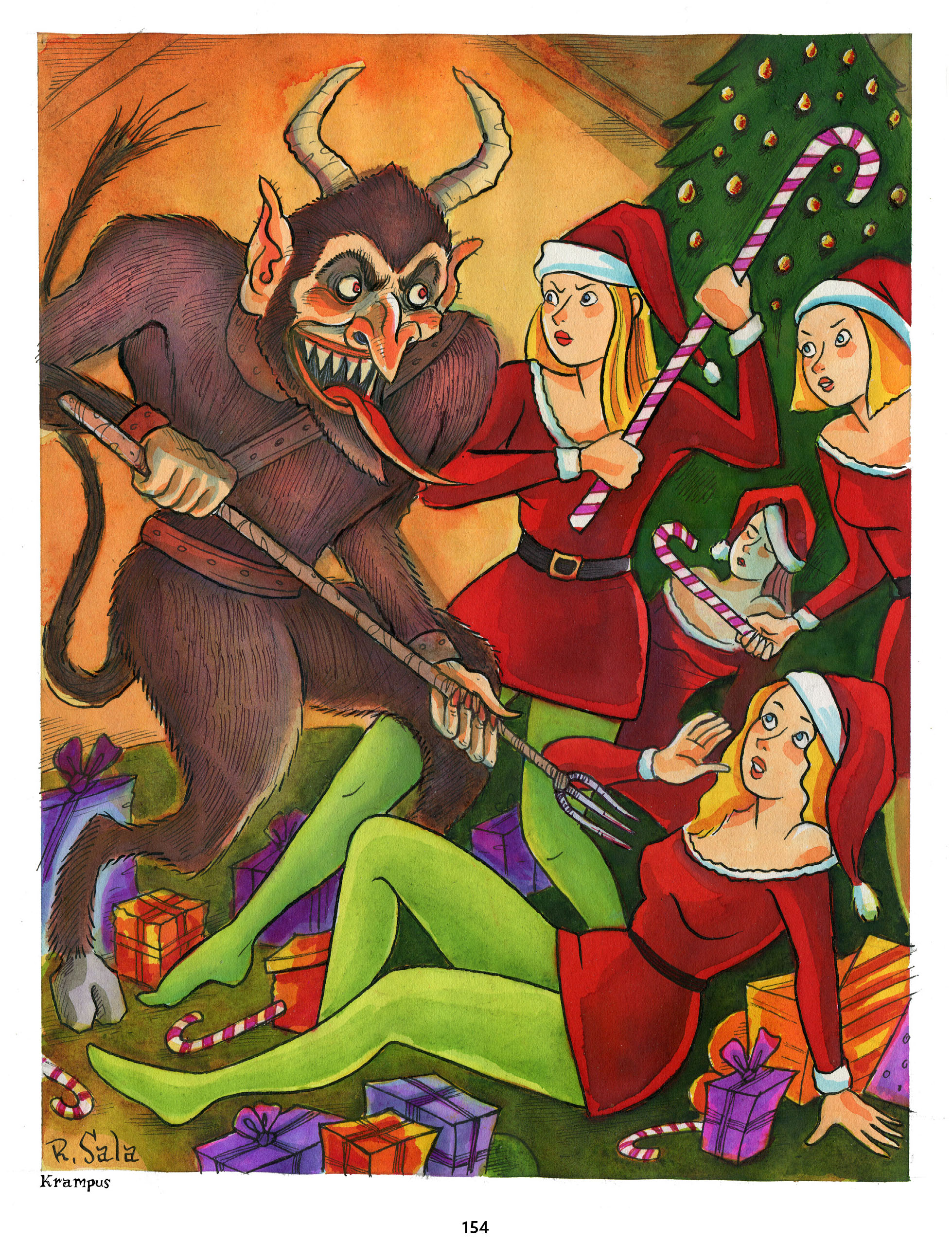 And here are a few more: 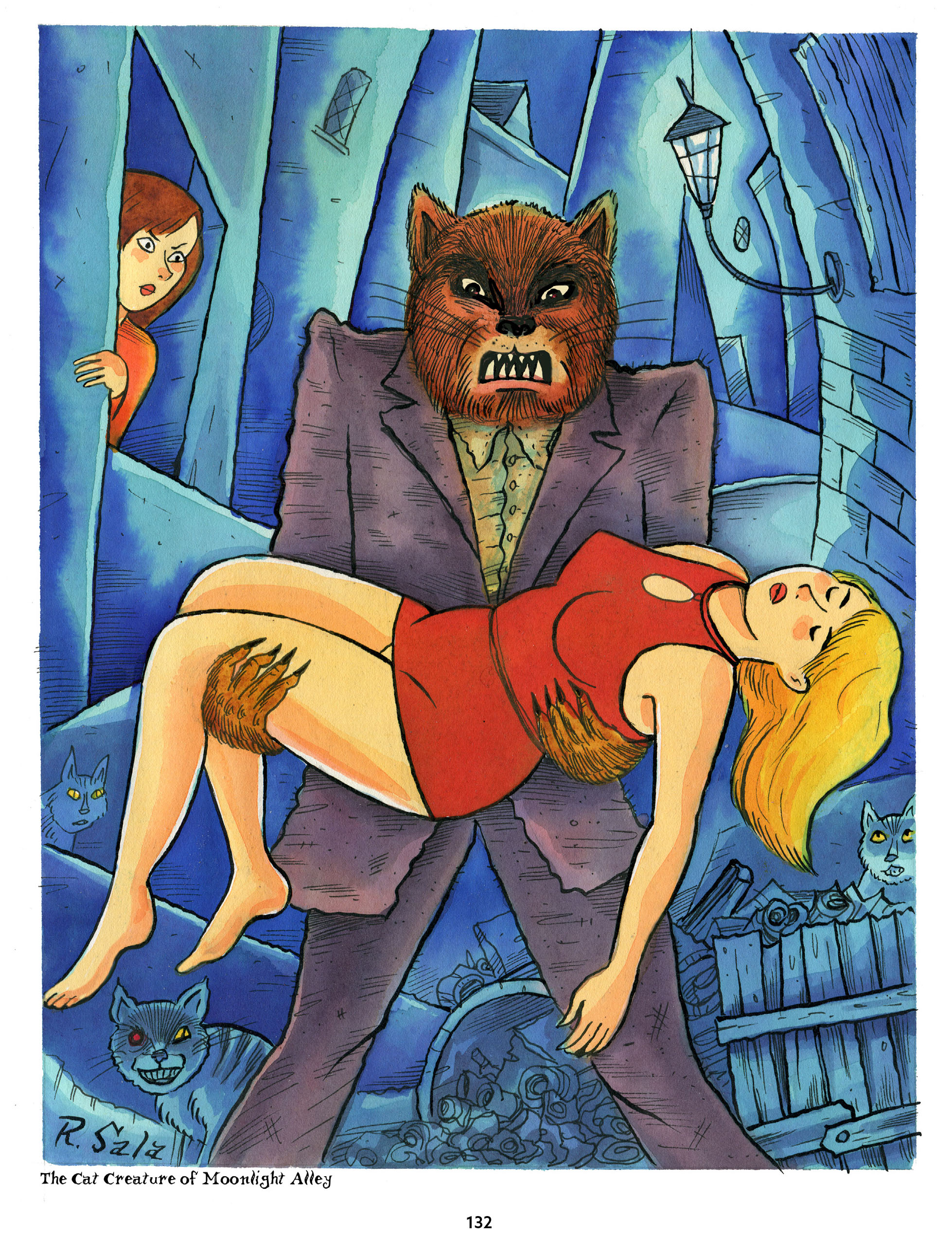 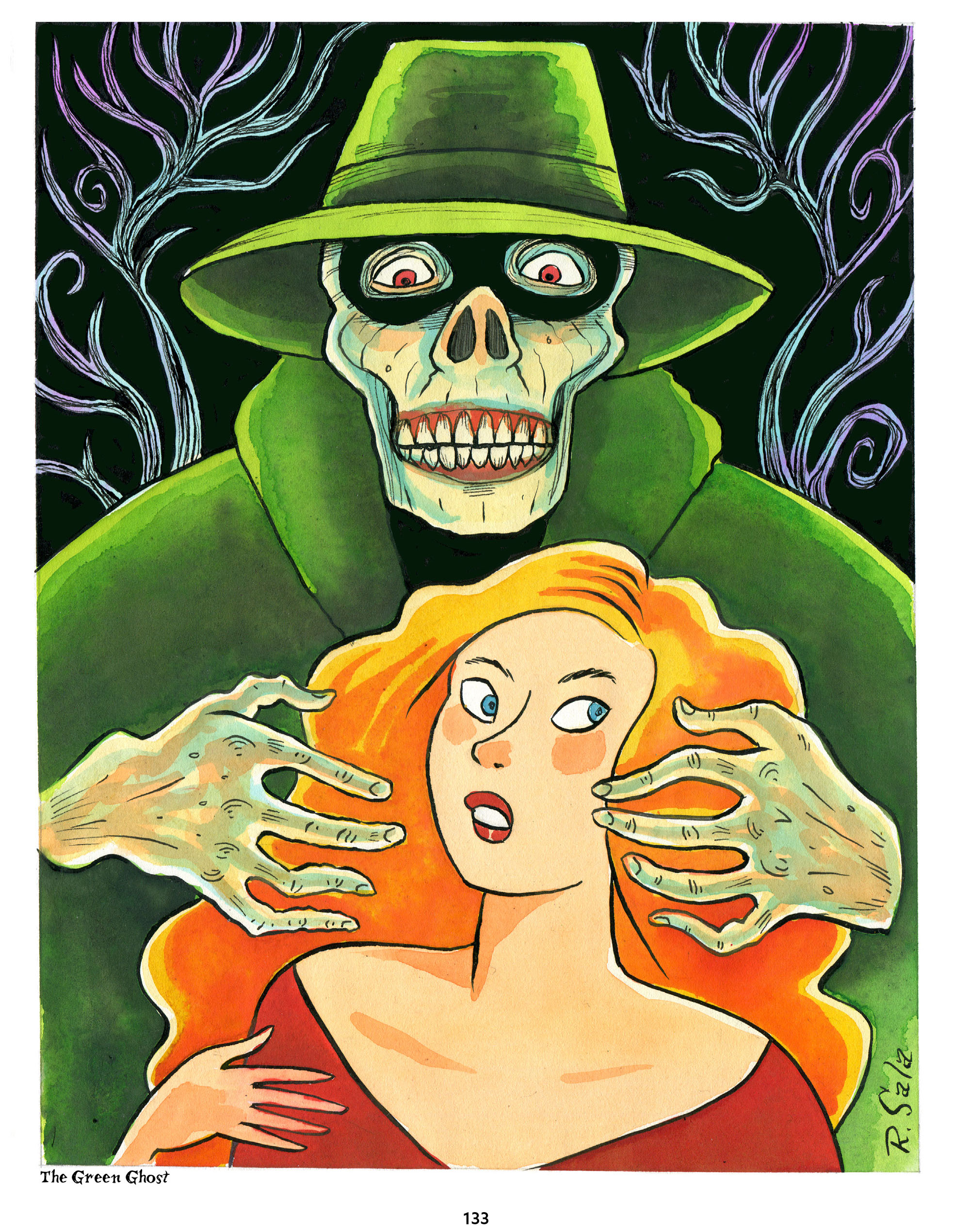 Poison Flowers and Pandemonium: A Richard Sala Omnibus is a 308-page hardcover that lists for $29.99. For more info, including how to order, click here.