If you don’t slow down and look around, you might miss a great comic. Chicka chicka.

Are you busy? I’m always busy. I’m never not busy. I am addicted to busy. Even if you dig comics — and you do just by showing up here — when do you get time to read them all? Inevitably, there’s going to be good stuff you’re going to miss.

But sometimes, you gotta put the brakes on. Try that book you always heard about and think you might like.

Now you also mighta heard about Comixology Unlimited. The gist is you pay a monthly fee and read selected titles at will. Details here, if you’re inclined to find out more.

Anyway, Matt Kolowski and Kara Szamborski, hosts of the company’s podcasts The ComiXologist and Comixology: Conversations have offered us a list of 13 great titles available on the service that you almost certainly have heard of — but must take the time to read. Some have finished. Some are still going.

(Oh, and full disclosure: No, Comixology didn’t pay us to run this. I just dug the list so much, I was more than happy to publish it. But I do think Unlimited is worth checking out.)

Take it away, Matt and Kara …

Irredeemable, by Mark Waid and Peter Krause (Boom!) If you have a soft spot for Superman, you’ll love this one. What if our greatest hero went bad? Dive into this dark epic that examines just how screwed we would be if our strongest hero decided to throw it all away. The short answer is we would be really screwed. But how would the world react? How would his friends? Or — gasp — his enemies? 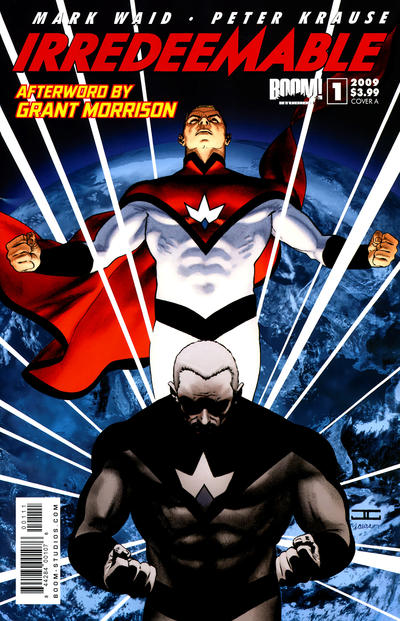 Baltimore: The Plague Ships, by Mike Mignola, Christopher Golden and Ben Stenbeck (Dark Horse). World War I has ended in Europe, but with it has come an infestation of deadly vampires. Returning from the war is Lord Baltimore, and he wants nothing more than to stop their spread and find the one responsible for the death of his wife. The best part about this series is each collection follows Baltimore as he goes from town to town, seeking the vampire responsible for his grief. Each time he gets closer, another situation pops up that he needs to deal with, and each one is more dark and twisted than before. 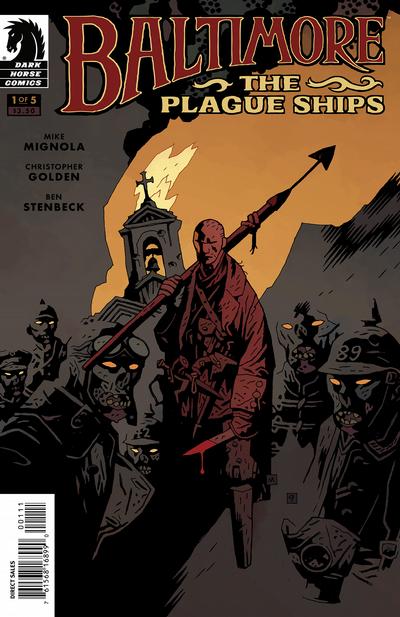 Locke & Key, by Joe Hill and Gabriel Rodriguez (IDW). You don’t see to many longform stories in mainstream comics like this one, let’s be honest. When tragedy returns a family to their ancestral mansion, the kids begin to discover a series of keys that open odd things to reveal strange places. But someone sinister knows about the keys, too, and they’ll stop at nothing to reclaim the whole set. This comic is creepy as all get-out, so read if you dare. 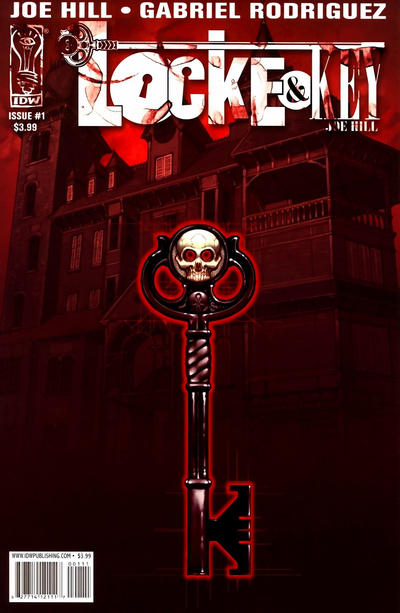 Bitch Planet, by Kelly Sue DeConnick and Valentine De Landro (Image). In a near-future, women deemed non-compliant for everything from “looking too fat” to “straight-up murdering a man” are sent to the hellish Bitch Planet to pay for their sins. Desperation and righteous fury spur some of the prisoners into a deadly play for survival, but will any of them emerge alive? Mouse Guard, by David Petersen (Archaia). You can’t ask for more than a world where animals speak, cross swords and traverse rivers in little adorable leaves. David Petersen runs the whole show here and it’s a sight to behold. You’ll love it, and you’ll definitely want to share with your kids. 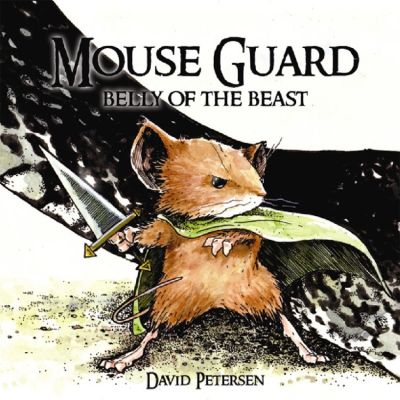 Red Sonja, by Gail Simone and Walter Geovani (Dynamite). Sonja fights, woos, swears, and carouses with equal vigor, and when things get real, you want her on your side. Settle in, sharpen your sword, and follow the She-Devil of Hyrkania as she takes on a fiendish army led by a vengeful woman from her past! 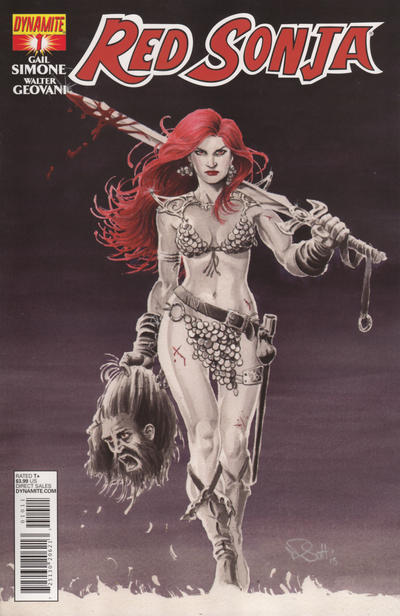 Mind MGMT by Matt Kindt (Dark Horse). How about a story where you are trying to solve things right alongside your protagonist? And when you finally figure things out you get scared and want to run and hide but you have to keep reading to find out what happens next? When an entire flight full of people get amnesia, one writer digs for the truth. The closer she gets to answers, the crazier things seem. 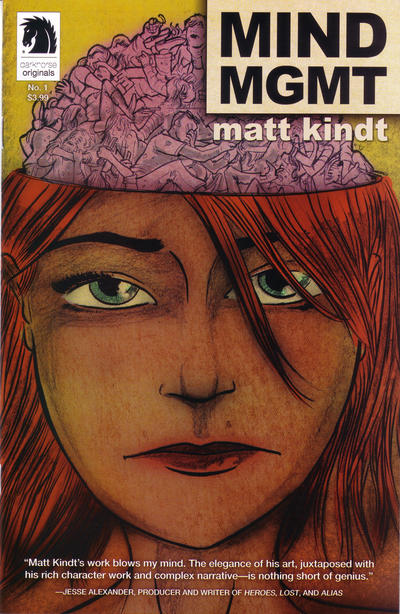 Poorcraft, by C. Spike Trotman and Diana Nock. (Iron Circus Comics). Do you wonder where all your money goes every month? Are you struggling to make ends meet, or wish you had a little more money to save? Don’t miss Poorcraft, your handy guide to living well and frugal on whatever budget you have! 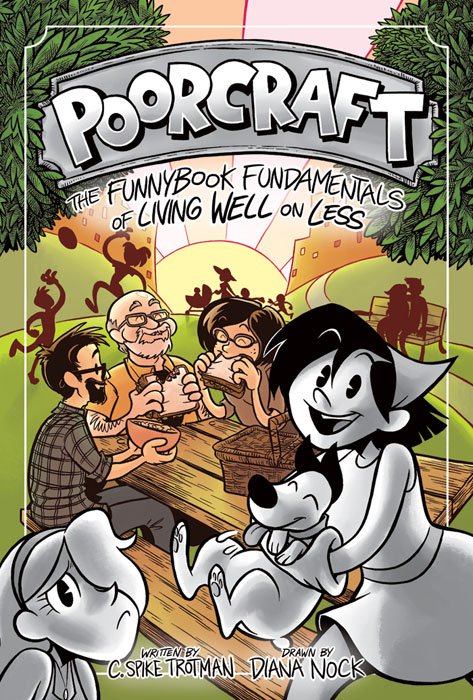 Attack on Titan, by Hajime Isayama (Kodansha). It’s end-of-the-world type stuff with humanity struggling to stay alive as giant Titans roam the land, killing everything they see. They are just kinda like human Godzillas. Can we stop them? Can anyone stop them? 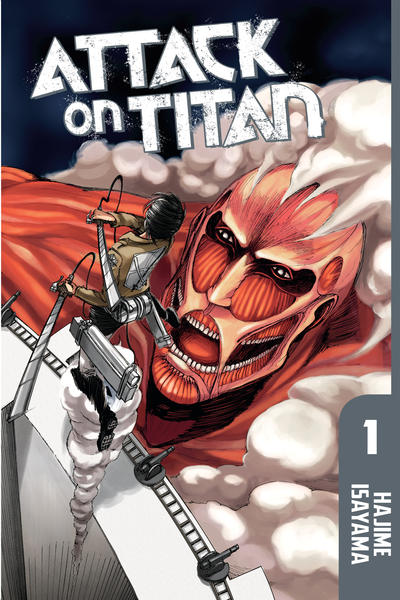 Letter 44, by Charles Soule and Alberto Jimenez Alburquerque (Oni Press). When scary stuff happens to Earth, usually its heroes who save the day. But, what about a book where the president makes all the hard choices while relying on astronauts? When a new president is elected, the previous one leaves a letter for them to read — for the president’s eyes only. Letter 44 is no different, except for the fact that the previous president says the reasons they’ve been getting into needless wars was that they were training to defeat the alien they’ve found in outer space. OH SNAP. 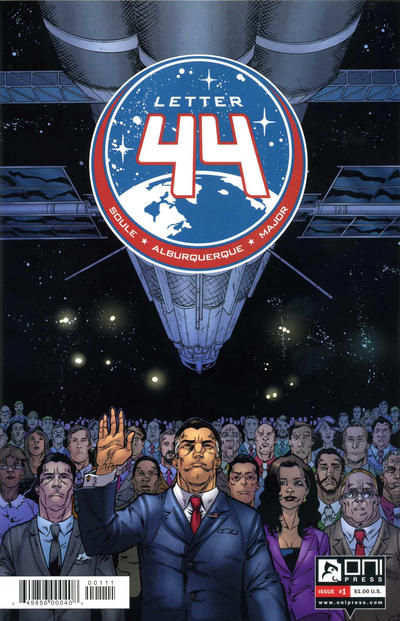 Manifest Destiny, by Chris Dingess and Matthew Roberts (Image). Lewis and Clark. It’s 1804 and these two have gone off into the wild to see what’s cooking. Problem is, what they find isn’t what we’ve read about in our history books. Transformers. All of it. (IDW). You’ve probably grown up watching the animated series and then that animated movie with the amazing theme song and of course those Michael Bay movies with your friends. Tell you what, though, the comics are amazing, and are 100 percent for you if you like robots with excellent characterizations. 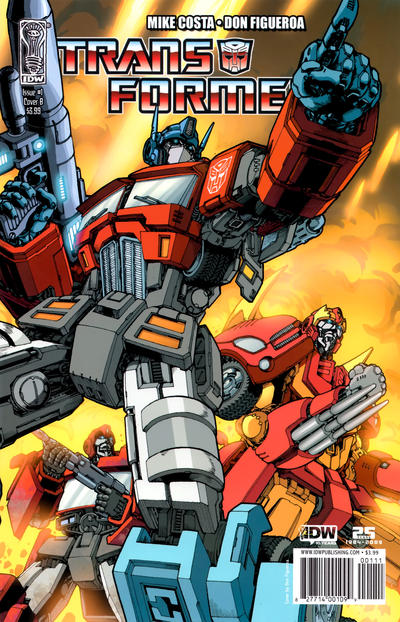 Ninjak, by Matt Kindt, Butch Guice and Clay Mann (Valiant). James Bond is cool and all, but what if James Bond was also a pretty badass ninja? Most everything Valiant does is just top quality, so get started with Ninjak! 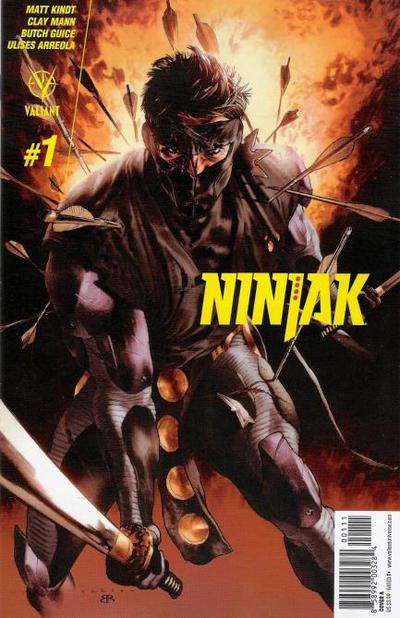