And now for something completely different…

Most of the artists who’ve handled Captain Action adhered to his classic look. Makes sense.

But Francesco Francavilla, one of comics’ top artists, was tasked with something a little different — turning Captain Action into a badass civilian operative: 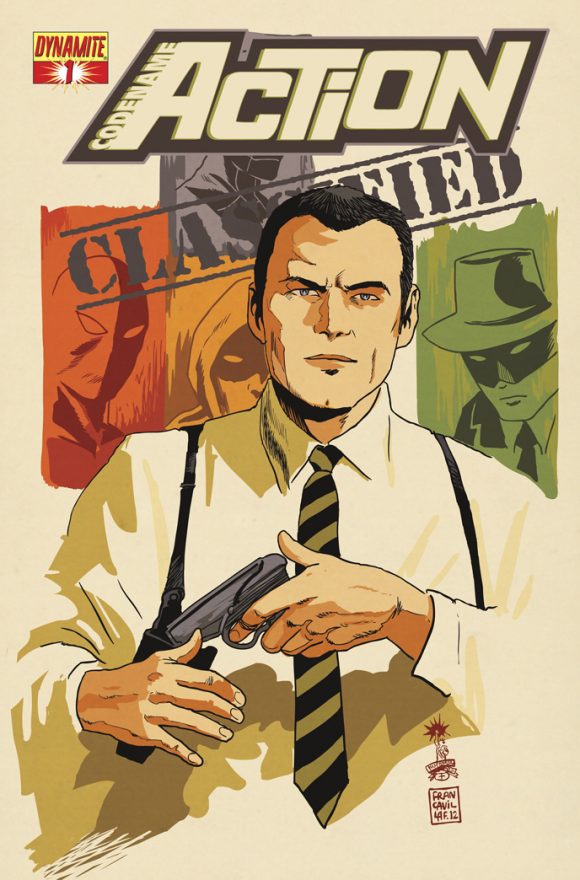 “One of Captain Action Enterprises’ favorite artists, and people, is Francesco Francavilla,” says CAE’s Ed Catto. “He’s a brilliant artist, but the team blackmailed him into creating this variant cover for Dynamite’s Codename: ACTION #1. I was sitting with Francesco at the Eisner Award ceremony at San Diego Comic-Con when he won the distinguished award for best cover artist. He asked me to take his photo, as his cellphone was out of power.  I said, ‘Sure, but only if you do a cover for us!’

“In reality, the team would have recruited Francavilla one way or another, but that was a fun night and it was an honor for all of “Team Action”  to have had Francavilla contribute this stunning cover to the series.”