I know, I know. That’s like saying you’re an enormous chocolate fan. But when curating this weekly series, I wanted to make sure I included my all-time favorite inker.

“Dick Giordano was a prolific comic-book artist, working mainly as inker. He is well-known for his collaborations with Neal Adams.

“Dick began working as an artist at bottom-of-the-barrel publisher Charlton Comics, at the age of 20, and quickly graduated to being an editor as well. He was then hired as an editor at DC in 1968 under Carmine Infantino. It was during this first year at DC that he was given the inking duty over Gil Kane’s pencils for the iconic cover to Captain Action #3, where an angry and determined Captain Action holds the fallen Action Boy and swears to bring Dr. Evil to justice: 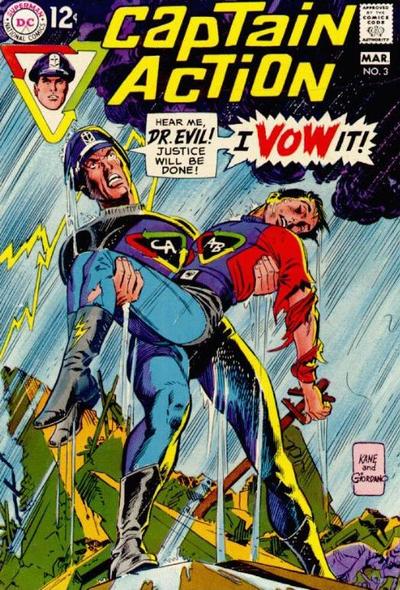 “Dick continued to draw and ink during his time there, but grew dispirited with his position as an editor and left those duties to join Neal Adams in founding Continuity Associates. He was later brought back to DC by then-Publisher Jenette Kahn in 1980 where he worked initially as an editor, then was named managing editor in 1981. He was named a vice-president/executive editor in 1983, where he remained until his retirement in 1993. After his retirement, he returned to drawing comics as a freelancer. 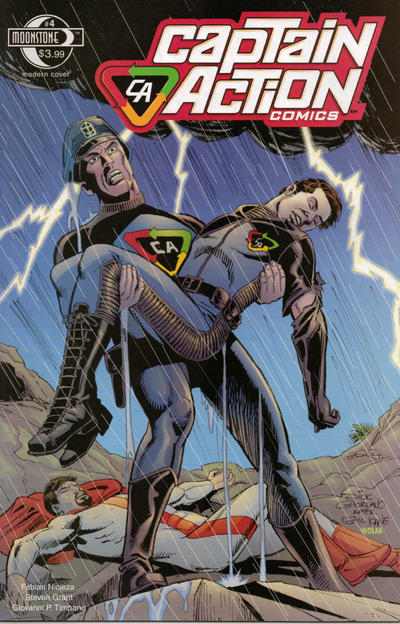 “Dick graciously said at the time, ‘It was nice to revisit an old friend.'”