And Aliens, too! And the other sequels! And the comics! Plus a preview of Dark Horse’s ALIENS: DEFIANCE #1! 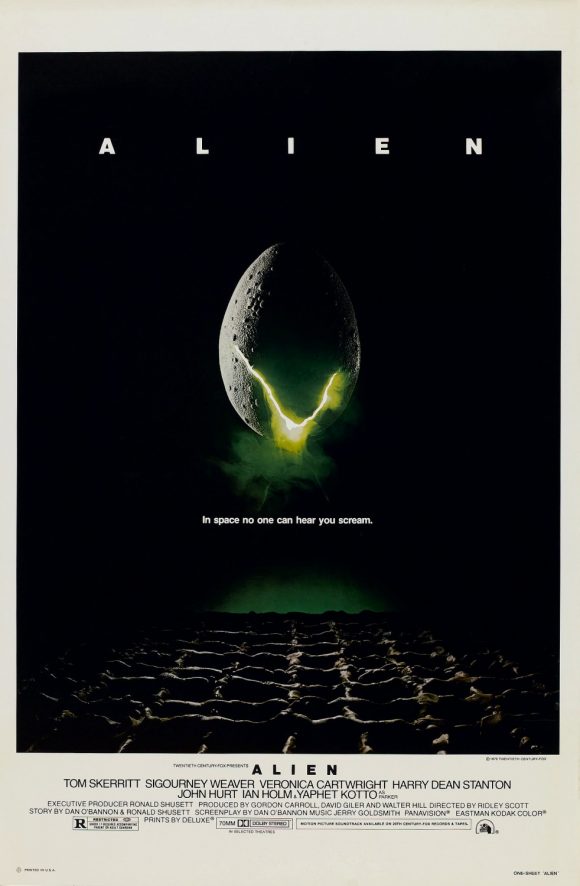 Did you know 4/26 is Alien Day? You did? I didn’t until someone pointed it out to me. In case you were unawares,  LV-426 is the name of the moon where our heroes and antiheroes first encounter the Xenomorphs in the movie series. Get it? (Hey, it’s not May the Fourth Be With You, but it’ll do.)

And guess what, that fearsome foursome is here to pick 13 Great “Alien” Moments! 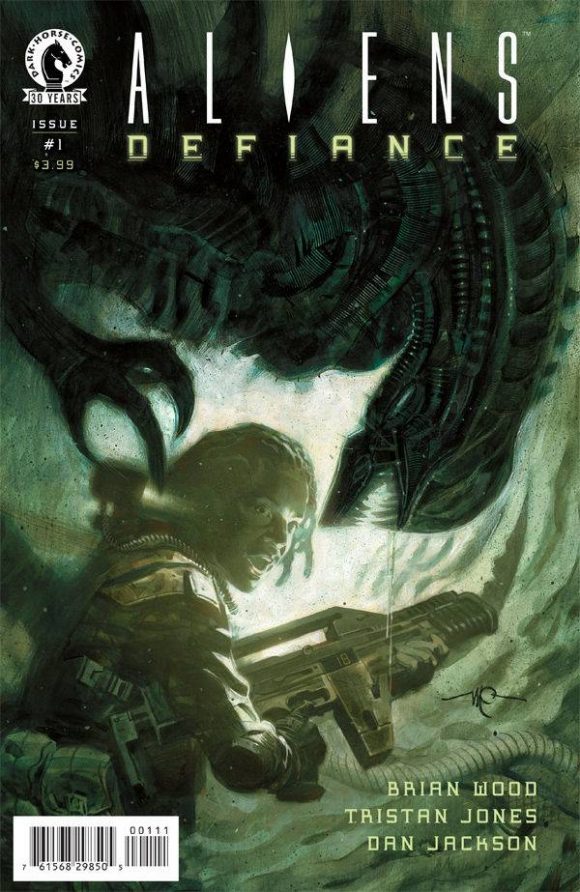 1. Aliens 3: The “cholera” scene, and the death of Dr. Clemens. Charles Dance, the actor playing the doctor, and Ripley (Sigourney Weaver) play this subdued but charged scene perfectly. Ripley, terrified to admit, even to herself, that the Alien contagion may have survived the crash, insists on an autopsy of Newt’s body, citing a cholera worry. Clemens knows that’s bullshit, and Ripley knows he knows, but goes through the charade to get to the truth. It’s both exciting and excruciating to watch, and I always admired the doctor for humoring her, even if it means having to cut open a child’s corpse. His later death gives us that great scene of the Alien opting not to kill Ripley.

2. Alien: Resurrection:This film is far from perfect, and yeah Ripley’s a clone, but I always loved this version of her separate of the “real” Ripley. The basketball scene with Ron Perlman — she never looked better or stronger, and the excessive confidence in the face of a guy being a huge asshole is great to watch. Also, her “Well, it won’t make a difference” line when talking to the United Systems Military scientists is actually’s Newt’s line from Aliens. 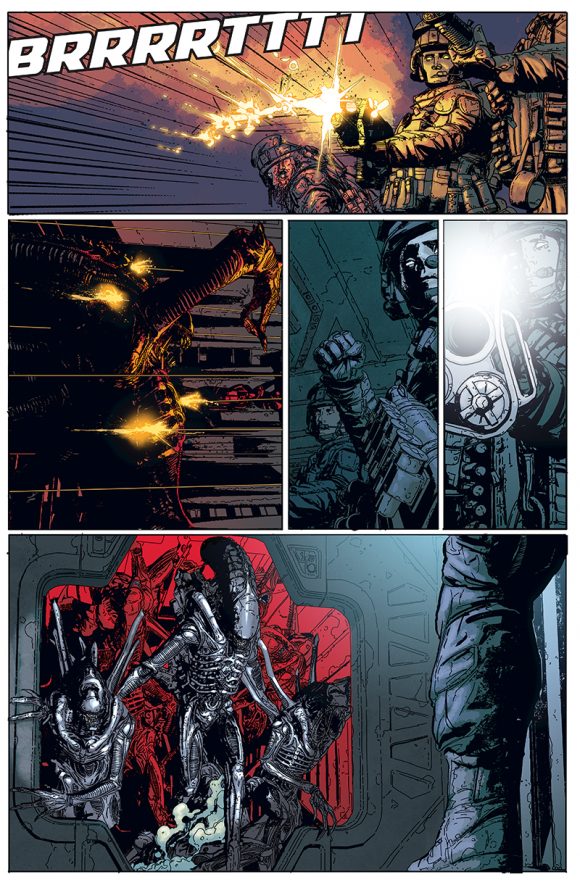 1. This one’s obvious, but seeing Alien for the first time. I was already aware of the creature itself because I was continually picking up the video at the local video store to gaze at the still of it on the back cover, and that may have actually been a more formative moment in my creative development, but I remember being incredibly desperate to see what this thing was all about and constantly being denied by my parents… which was fair, because I was 5. It was actually seeing the original Dark Horse Comics run in a nearby comic shop and making my dad get me those that made him go, “Well, if he can handle the comics, maybe he’ll be fine with the film…”

I remember being so excited that I told my mother about it when we got home, who I clearly remember not being overly impressed, but saying, “if you get nightmares, no more Aliens comics or movies!”

Suffice to say, there were no nightmares. ’80s parenting for the win!

2. Aliens: Labyrinth. This was a 4-part miniseries Dark Horse published back in the early ’90s and was one of the first comics I ever had on a standing order. It was a big, big part of what would go on to inform my tastes in visual storytelling and comic art. Killian Plunkett’s stunningly detailed and grimy art, combined with a pretty deeply disturbing story by Jim Woodring. Stunning.

3. I’m going to cheat here and list two on equal par. Prometheus and Predator 2. I love world building. I love really good world building. Both Predator 2 and Prometheus cop weirdly bum raps, but I love what they added to the Alien universe almost unintentionally. I know Ridley Scott kind of just likes throwing ideas in and letting them blossom without really thinking too much about the connections, and stuff like that is great for rabid fans like me that love coming up with or theorizing on how those things connect. I think what Prometheus ADDED to Alien, outside of what anyone thinks of it as a film, is pretty incredible and really widened the size of the sandbox Brian and the rest of us have to play in when it comes to telling stories in this universe. Predator 2 is one of my favourite movies; just ridiculously fun and bombastic and went for the throat at every opportunity, but when they get on that ship and you see the alien skull in the trophy case…? Mind. Blown. I remember my friend and I watching it as kids and just completely losing our tiny minds. 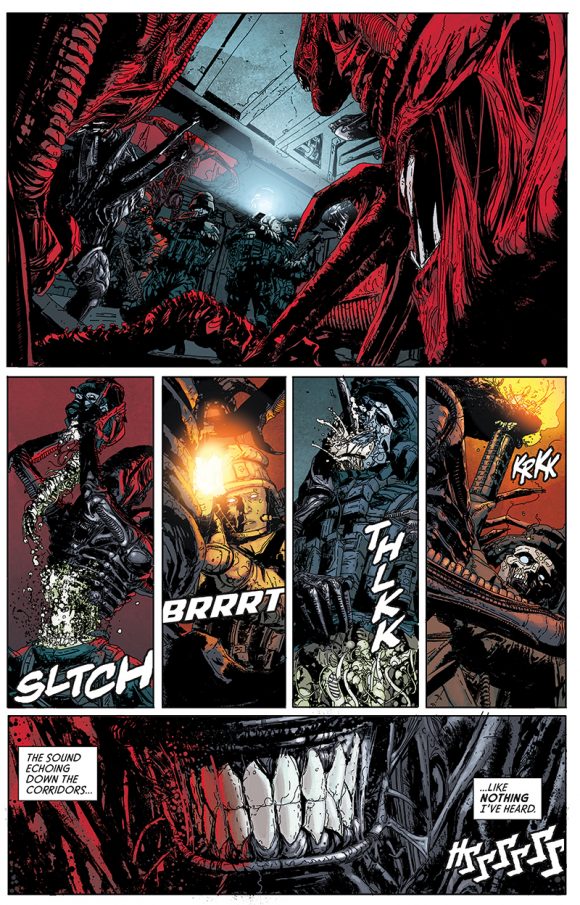 1. Aliens: Stalker (one-shot comic):  Alien vs. Vikings is probably all you need to know. Though it must be said that the artwork by David Wenzel is gorgeous and the original graphic design was produced by the astounding Craig Thompson (Blankets, Habibi, Space Dumplins). Dark Horse has had some crazy talented people on its crew over the years.

2. Aliens: Wraith (one-shot comic): It’s been better than a decade since this came out, so a spoiler alert seems silly. That said, don’t skip to the last page, and yes,Weyland Yutani really are bastards.

3. As for the movies, I think the scene that sticks with me most is from the original when Ash’s disembodied head goes on about how they have no chance against the creature, going so far as to describe his admiration for it. Aside from the awful sight of his goo-covered, android-gut-spilling head, the idea that a human analog construct would be built with an admiration for living death is a wonderful redirect to who the real monsters are. Weyland Yutani really are bastards. 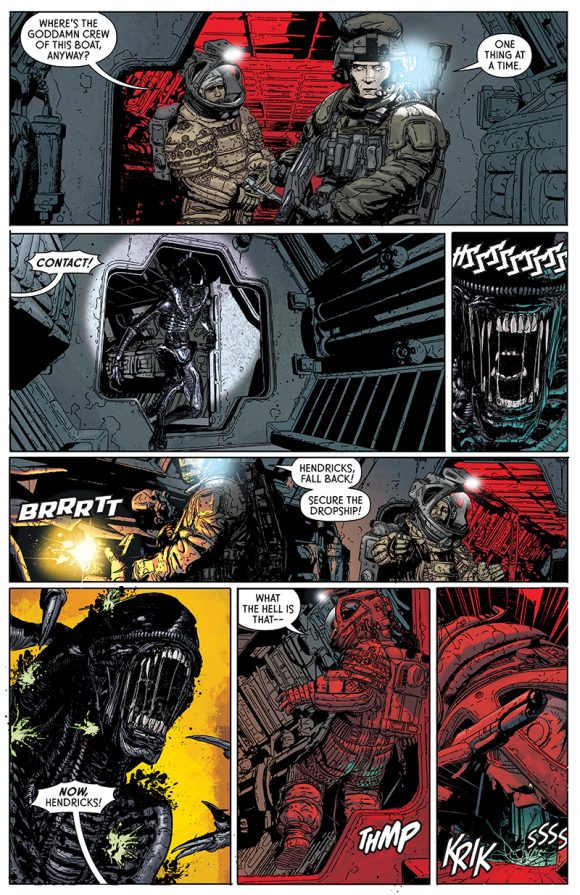 1. The first time I saw Alien, I was a young kid. I saw it without my parents knowing, because in my house certain films were forbidden. One night, when everyone was asleep, I was able to watch the movie on a small and old black-and-white TV that was left in my room. I had nightmares about Xenomorph monsters for two nights. That night, my passion for horror and science fiction was born.

2. I read the Alien: Salvation comic when I was discovering comics. I was (and remain) fascinated by the dark and gloomy atmosphere, dominated by large black drafts. Mike Mignola is one of my favorite artists..

3. I have always been fond of artistic productions and have always been fascinated by space ships as a design object. The work on the monster, on the space ships, on every detail of the company graphics, etc. I believe that the production design work that has been done throughout the Alien universe is unsurpassed in the world of cinema.

4. The legendary Hicks falls asleep, cold as ice, during the descent on the planet. 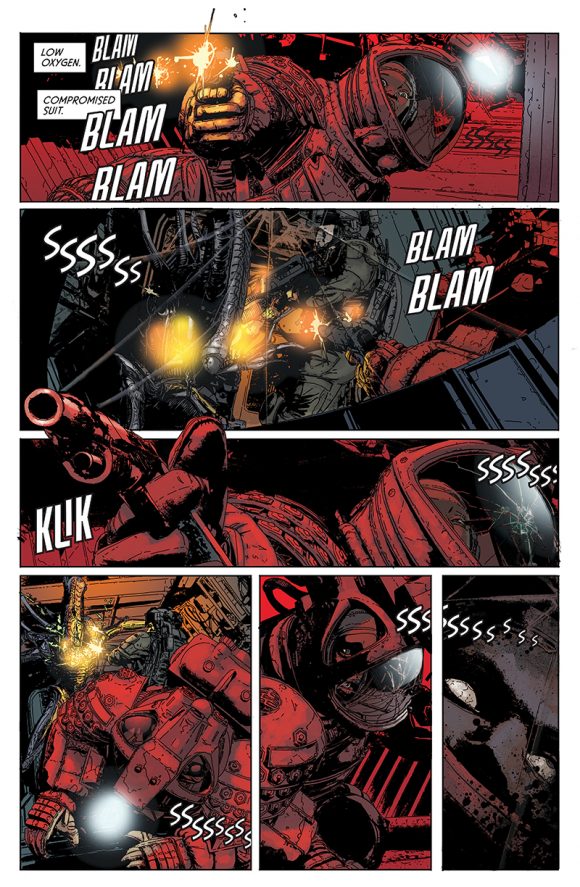