So much more than the Big Two… 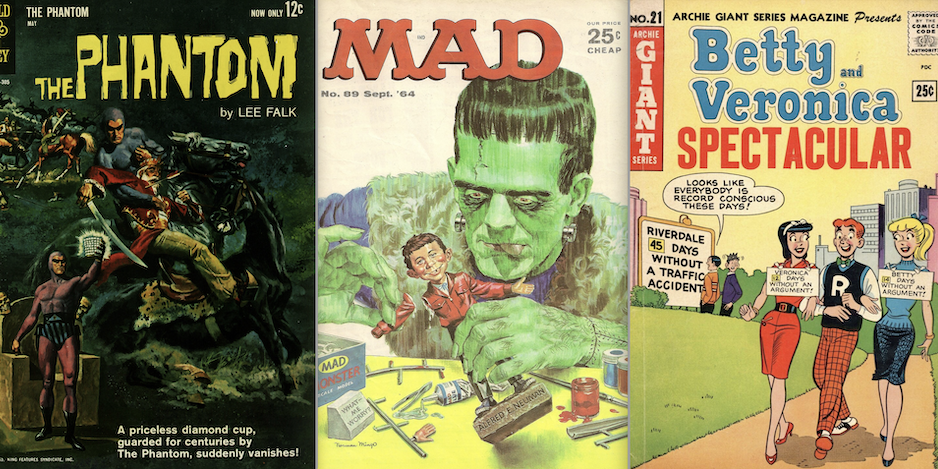 You bet I did!  Here are 13 more favorite covers for the period of 1963-64, but this time from Archie, Gold Key, and other companies.

Listed in order of the cover dates:

Black Cat #65 (April 1963, Harvey). There were three giant-size comics, Black Cat #63-65, published by Harvey Comics between 1962 and 1963 that were reprints of Black Cat stories from the late 1940s and early 1950s. With art by Lee Elias (who also did this cover), these fun adventures featured movie star and former stuntwoman Linda Turner putting on a black mask, bathing suit, gloves, and pirate-type boots to fight crime.  There were also full pages in each where she taught judo tricks to the readers. (For some unknown reason, Harvey colored her hair black, instead of red, on the covers of #64 and #65.) 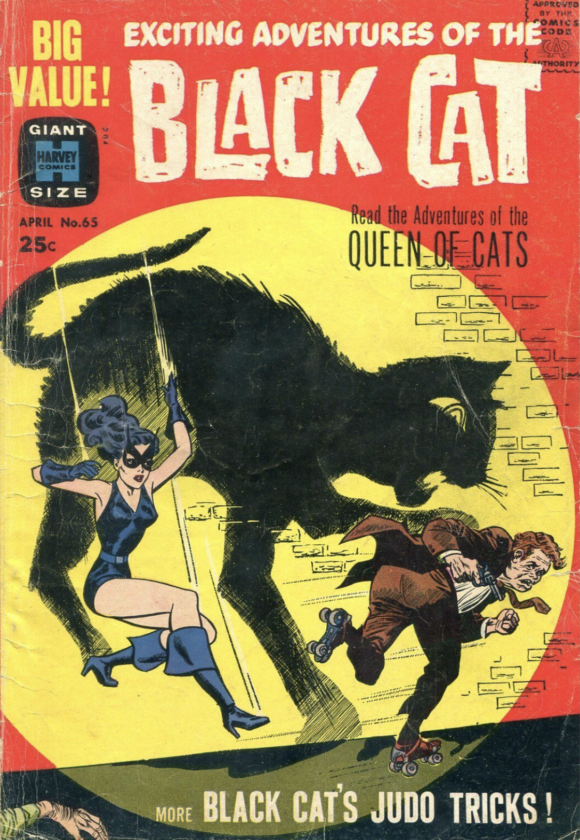 Adventures of the Fly #25 (April 1963, Archie). Archie Comics got into the Silver Age superhero era a few years late (1959) with Adventures of The Fly, a character created by the team of Joe Simon and Jack Kirby.  This particular issue from 1963 had my favorite cover (by John Rosenberger) of the series.  The Fly’s partner in fighting crime, Fly Girl (yet another heroine who was secretly a movie star, Kim Brand), was on trial and the Fly was forced to defend her in his real identity of lawyer Thomas Troy. 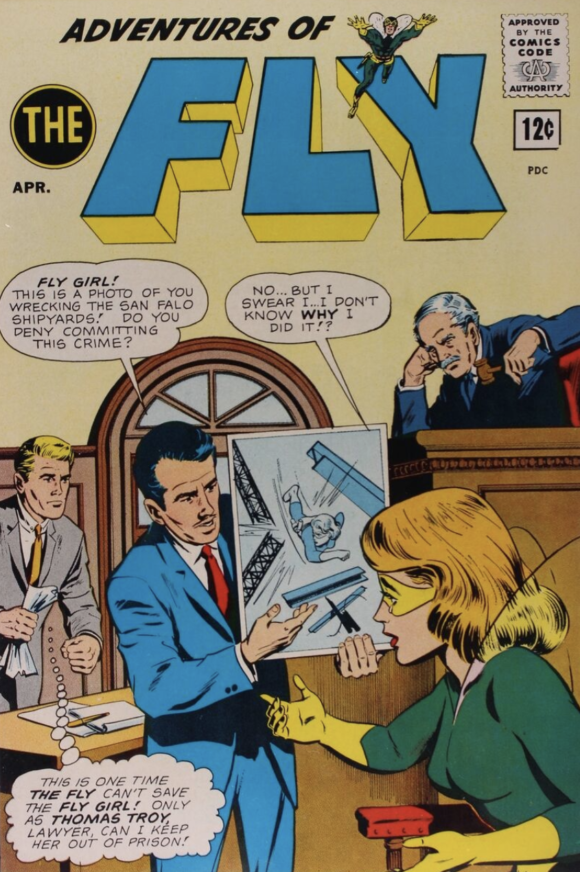 A trio of favorite covers painted by George Wilson: 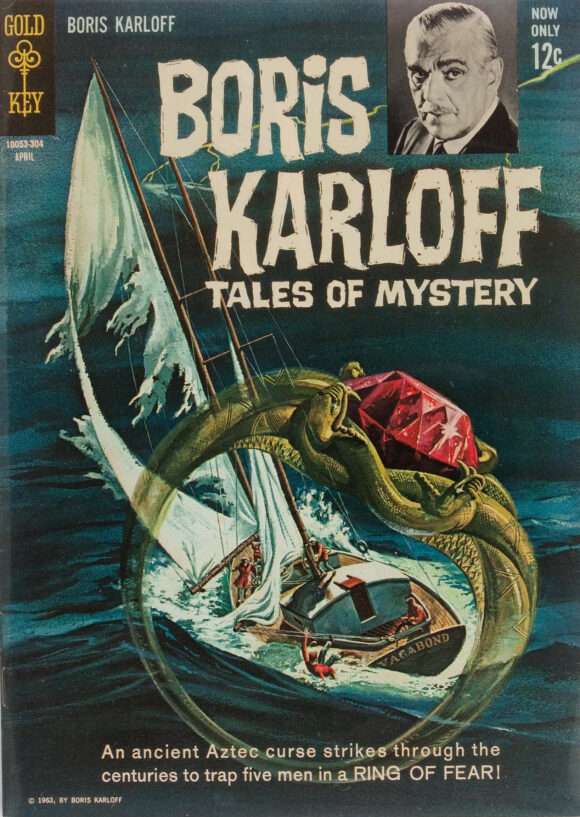 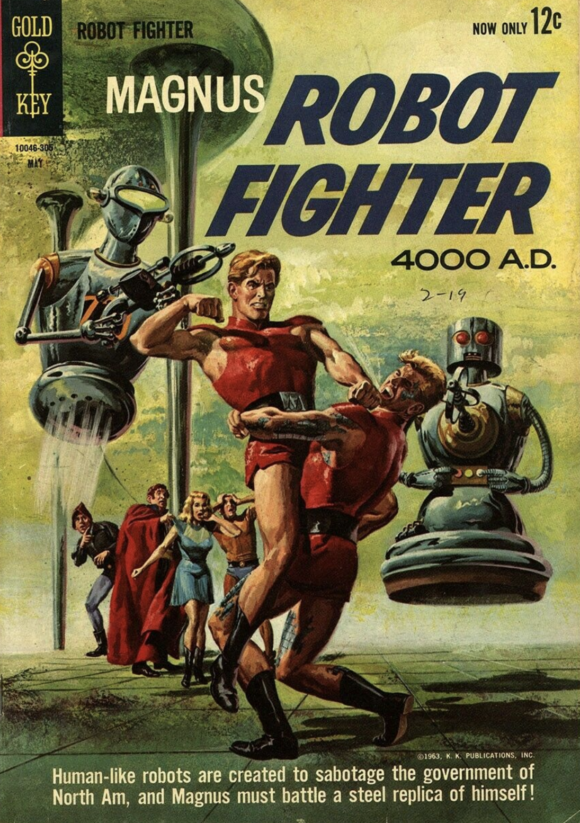 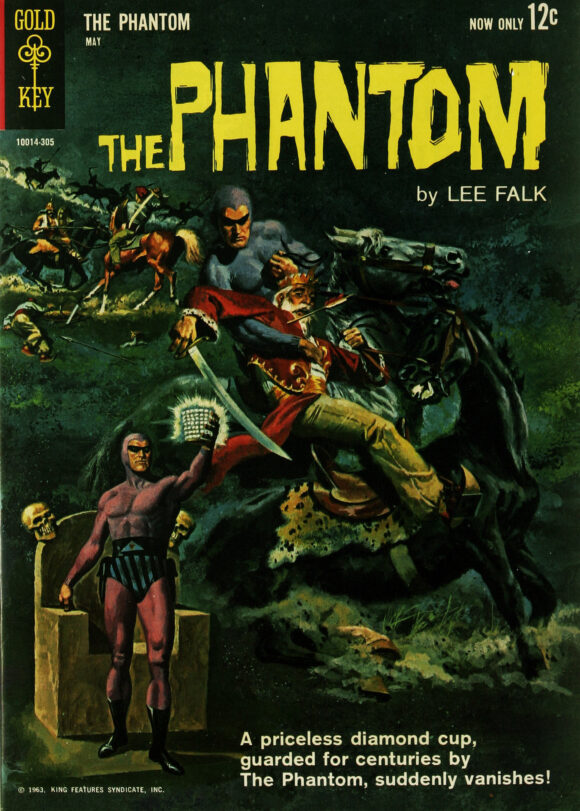 Betty and Veronica Spectacular (Archie Giant Series Magazine #21, June 1963, Archie). Nothing dynamic going on here, but it was possibly the first B&V giant I saw in my youth (I read everything!), and it was a nice, cleanly illustrated cover by Bob White. 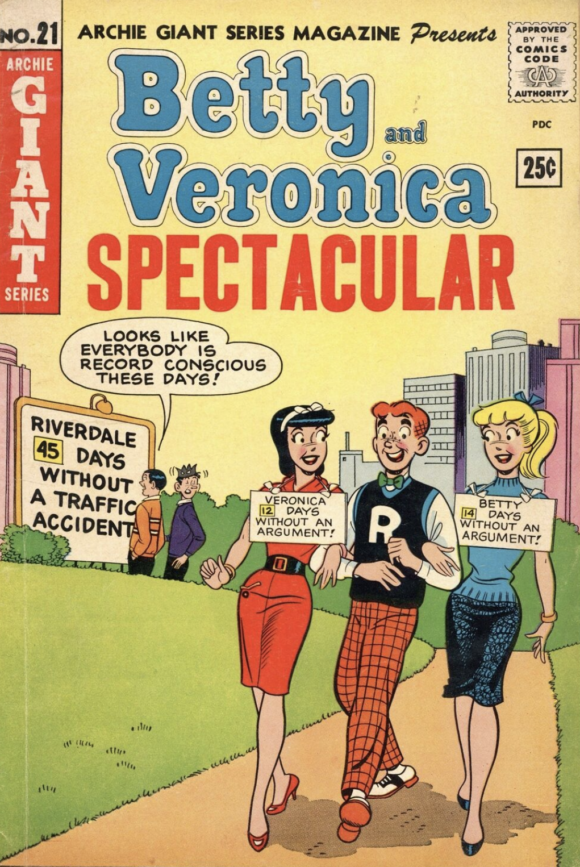 Hawaiian Eye #1 (July 1963, Gold Key). This tie-in to the TV series had an exceptional cover, in which the layout carried over elements from the TV program’s title sequence and mixed in photos of co-stars Troy Donahue and Connie Stevens. 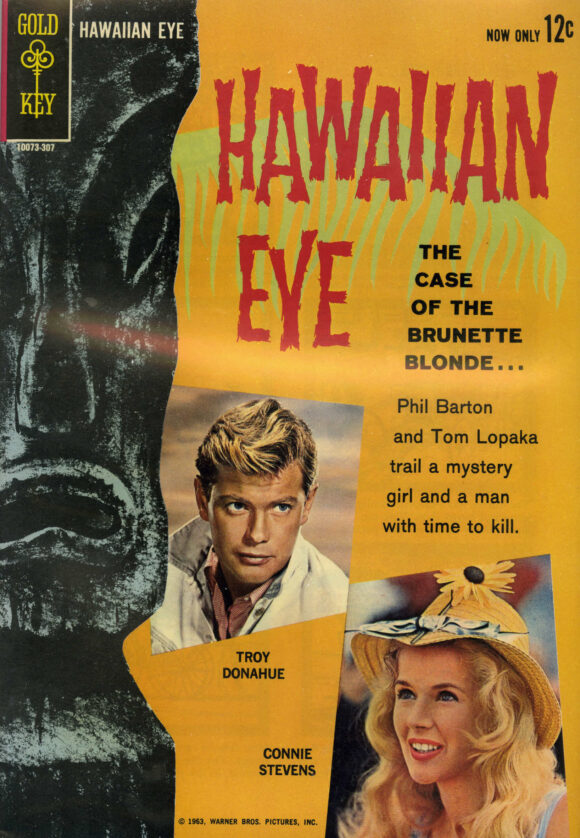 Walt Disney’s Comics and Stories #275 (Aug. 1963, Gold Key). I won’t lie. Like most people, I discovered who Carl Barks was years later, so it wasn’t his inside story with Donald Duck that got me to buy this comic when it came out. It was TV’s Zorro on the cover — a great photo of Guy Williams! (But the inside story by Barks was good, too.) 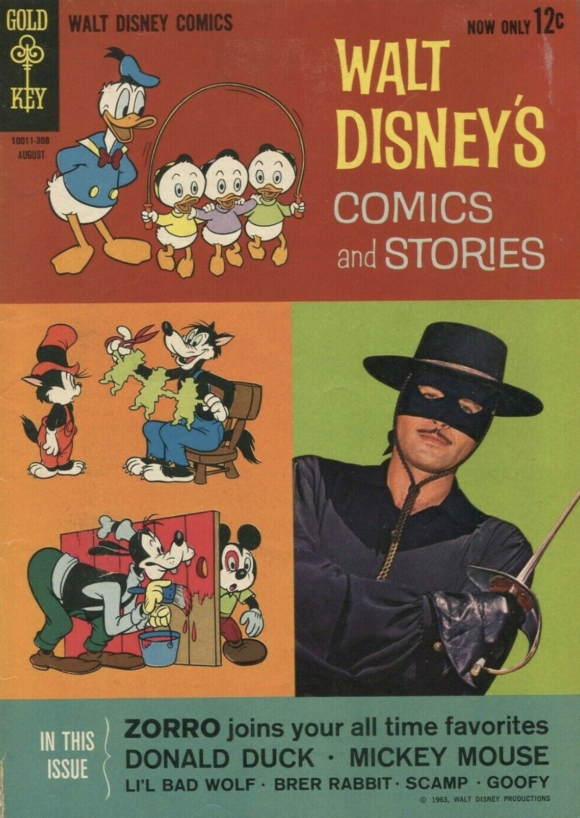 Walt Disney’s Summer Magic (Sept. 1963, Gold Key). A beautiful cover with Hayley Mills in her best movie — and the comic book adaptation inside was beautifully drawn by Russ Manning! Adventures of the Jaguar #14 (Oct. 1963, Archie). Another of Archie’s Silver Age creations, zoologist Ralph Hardy discovered a magic belt inside an Incan temple that would transform him into a mighty hero with amazing powers just by saying “Shazam!” — er, I mean “the Jaguar!”  This cover was by John Rosenberger. 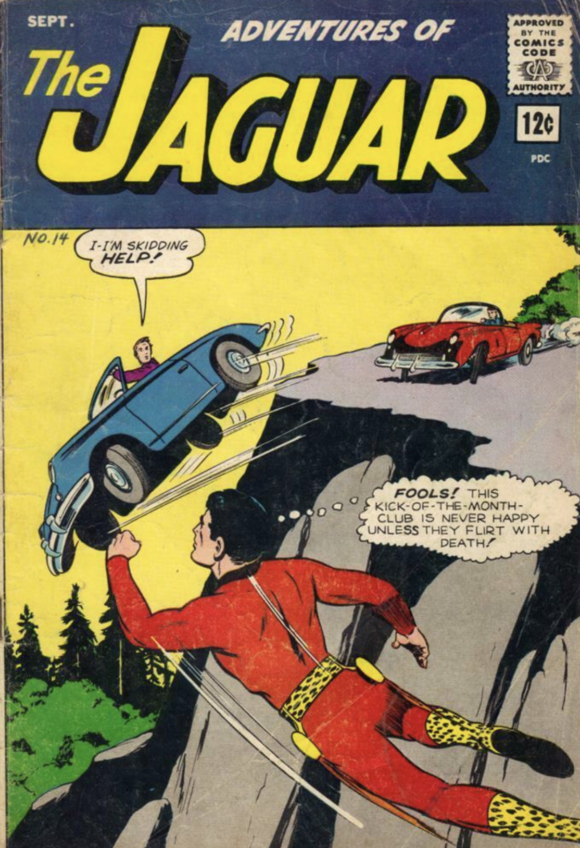 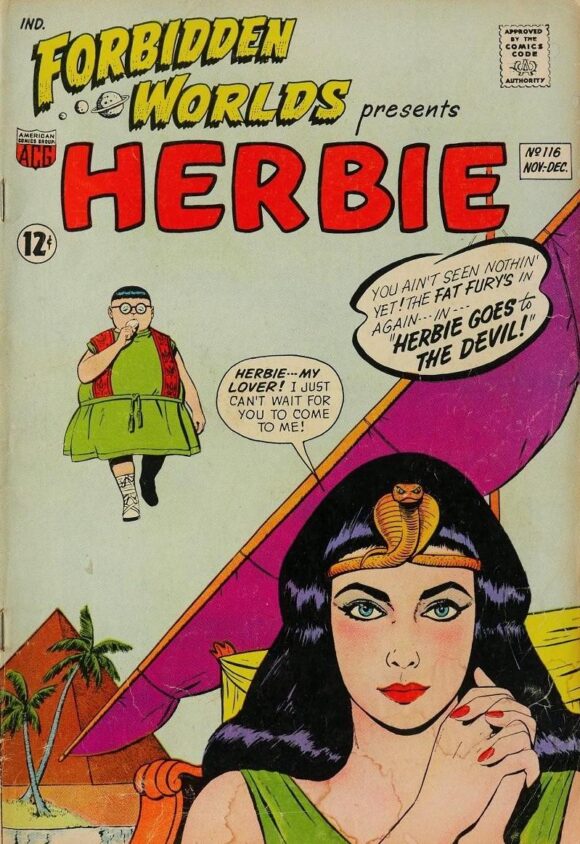 Dennis the Menace Giant #26: Dennis the Menace in Washington D.C. (Summer 1964, Hallden Fawcett). There were a slew of Dennis the Menace giant-size issues that had Dennis travelling with his family to different locations in the world. These comics were just as informative as any legitimate travel book — and a lot more fun (including here, where Dennis caused panic in the Pentagon). 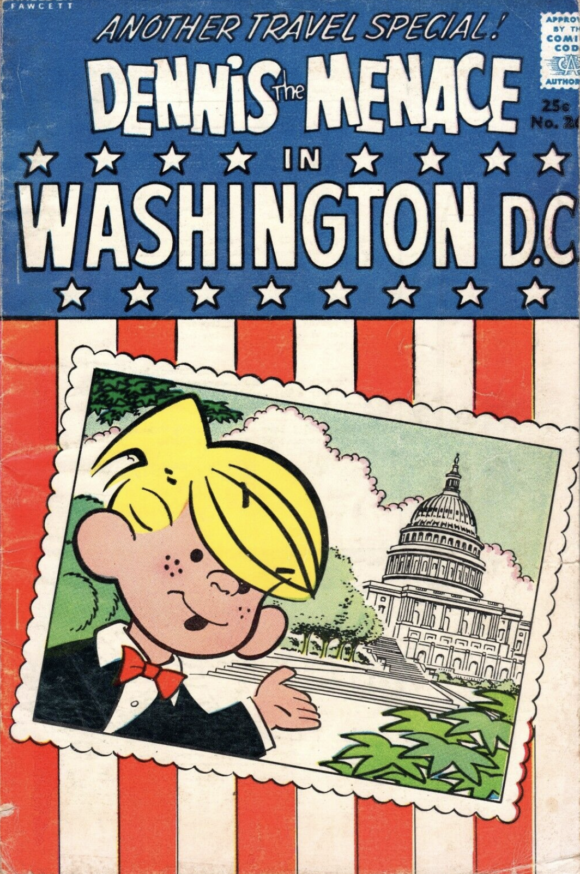 Mad #89 (Sept. 1964). Mad Magazine in the early 1960s was as important as any comic book of the period by including satires of movies, politics, and society. And the covers themselves got you laughing before you even opened up the issue. This one by Norman Mingo was a delightful reversal on the Aurora ads showing  kids putting together model kits. Historian Peter Bosch is the author of American TV Comic Books: 1940s-1980s, from TwoMorrows. It’s available at comics shops and booksellers but you can also order it directly from the publisher. Click here. 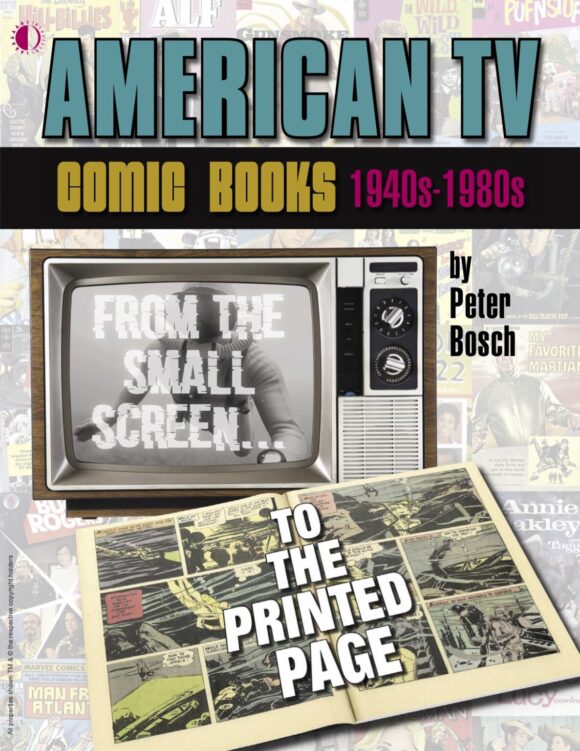